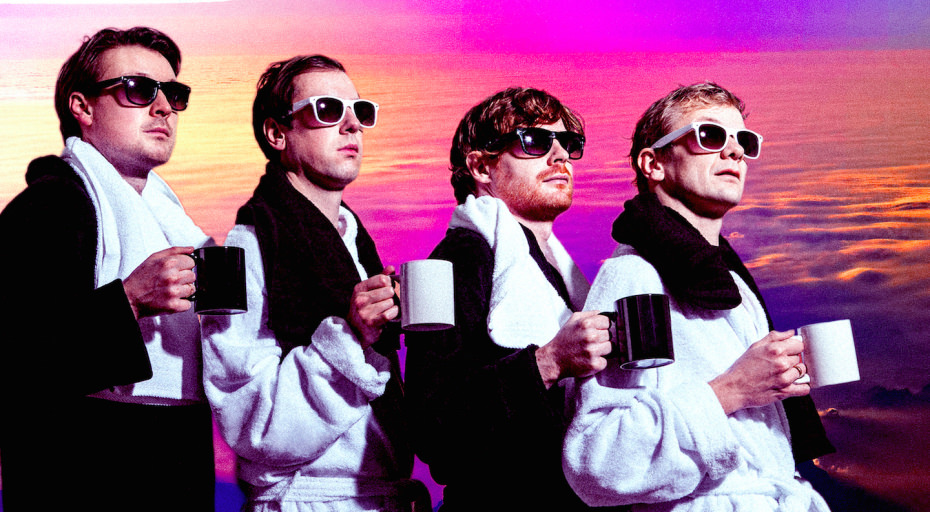 Plus other words of wisdom from Saycet and Spectator in the first of our Great Escape dispatches of advice.

Plus other words of wisdom from Saycet and Spectator in the first of our Great Escape dispatches of advice.

A couple of weekends ago while we were down in Brighton for the tenth annual Great Escape Festival – Europe’s largest emerging music showcase – we asked artist both new and established a simple question to see if we could get to the bottom of the issue:

Here’s what they said…

Dave, drums: “He sounds like a baby fox, which you’d think was quite cute, but it’s really not.” [Laughs.]

Jim: “But apart from that I guess the biggest lesson we learned was to stick to our guns. When we were first being offered record deals, labels tried to get us to work with outside producers. But Dave was always determined to make stuff our own way and wanted to produce the record himself. When you start a band it’s your thing, so it seems strange to hand a huge part of it over to someone else, and I think our first record vindicated that idea.”

Dave: “Totally. If you’re talked into something that you think it doesn’t sound right or seems dodgy then stick to your guns… and obviously don’t sleep in the bunk next to Tommy.”

Pierre: “Patience. You must wait, because things will come. Ten years ago I was very impatient, I had to get my work out fast I wanted to make an album every year. I always onto the next thing… but now I don’t care.

“It’s been four years since the release of my last album, but people who like my work and follow my career know it takes time to produce something good, so they’ll enjoy it regardless of when it comes out.”

Fred, vocals: “Of course, so much… And with the benefit of hindsight I’m sure we’d do a million things differently, but what would be the fun in living if you knew how everything was going to end?

“Take your work seriously while not taking yourself seriously is the only rule I live by.”

Linkedin
RELATED ARTICLES
OTHER ARTICLES
Europe's biggest new music showcase kicks off once again in Brighton. We've got our top picks from the tenth anniversary edition and exciting news about Huck's stage at The Komedia on Saturday May 16.
Courtney Barnett explains how she conquered the music world from her Melbourne bedroom.
At The Great Escape, Europe's largest new music showcase, we're asking bands to share their 'DIY or Die' moments.