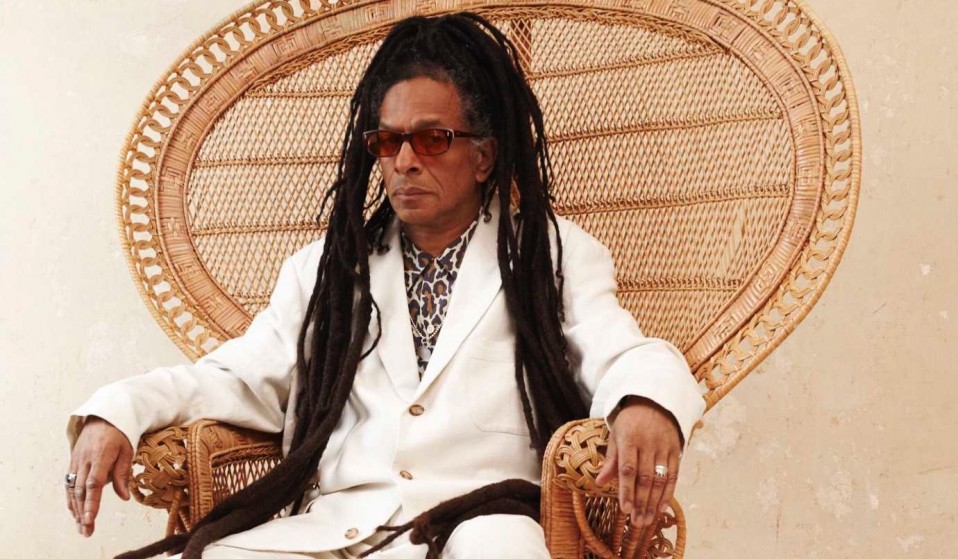 After years of shaking up the British arts scene, the Rebel Dread talks punk, purism and the dangers of nostalgia.

After years of shaking up the British arts scene, the Rebel Dread talks punk, purism and the dangers of nostalgia.

Don Letts, at 61, is tired of hearing about himself. He tells me as much with a laugh when I call his London studio during the early afternoon to talk about the history of the UK’s alternative scene and his (very important) role in it.

Instead, he wants to talk about the future. After all, although time has passed since Don first entered the game (“I’m as old as rock’n’roll”, he says) the musical polymath has refused to become stagnant, pushing forward while maintaining his unique sense of optimism and his myriad of occupations.

The Rebel Dread may abhor nostalgia, but talking about his past can’t be helped. Don is an icon of British subculture, widely recognised as the catalyser for the unlikely union between punk and reggae during the musical shake-up of the 1970s. He collaborated with The Clash and Bob Marley, briefly managed The Slits, travelled to Jamaica with John Lydon, and created the ultimate audiovisual portrait of the punk movement, The Punk Rock Movie. As well as that, Don’s worked on multiple documentaries over the years – taking on subjects ranging from skinheads to Sun-Ra’s cosmic philosophy. He was also a DJ, all while making his own music and finding time to participate in projects such as the Spaces In-Between podcast and his latest Reggae 45 podcast.

And although his participation in the punk movement was unique, Don insists he was just like every other kid around, drawing connections between what made sense to him. Like many other icons, it was his unyielding determination and willingness to follow through with his ideas that made him stand out from the rest of the crowd and remain timeless.

“I think it’s the nature of my character, which was formed by me being of a particular generation – first generation, British-born black,” he says. “That kind of rolls off the tongue now, but when I was growing up in the 60s or early 70s, it was a whole new thing. There was no social experiment that had happened before to show us where we fit in.”

He continues: “It was racially tense, it was tough. I passed a graffiti on my way to school that was composed of six-foot tall white letters that read ‘KEEP BRITAIN WHITE’. There was no black subculture. There was nothing.”

Don also remembers the school system of the time: The glorification of the British Empire and the erasure of his history, which he was repeatedly told had started with slavery. He recalls the silence about great black people who were a part of history.

“During the countercultural explosion of ’68, [black people] were re-educating ourselves and finding out about our history and our heritage,” he says. “A lot of that came through the music of the time. I came to understand that the whole slavery thing was a blip – a serious blip, of course – in our historical and cultural journey. We had a whole history and culture that predated that and pre-empted a lot of what the white guy was pushing down my throat – no disrespect. That levelled the playing field.”

As the punk insurgency started to escalate, Don was already entangled in the subcultural explosion, running one of King’s Road most iconic boutiques, Acme Attractions. There, he played dub reggae all day long, the strong bass lines drawing in the likes of the Pistols, Patti Smith, Debbie Harry and Bob Marley.

“It was never about the so-called nihilism and negativity for me,” he says. “It was the empowerment. The individuality. The freedom! What I really picked up on with punk rock was DIY – Do it yourself. The whole idea of punk rock as an attitude and a spirit – I was never taken by the mohawks and the safety pins and all that shit.”

“Punk is just one expression of this thing that actually started way before the late 70s. It’s not even just about music – you can find this spirit across all of the arts and life. If you realise what punk rock is, it becomes this living thing.”

For Don, it was more about freedom than anything else – a freedom he also found in Reggae, which he came to find was “Jamaica’s own punk rock”, with the DIY ethos and ability to turn limitations into assets. This freedom also included the authority to self-define – something that Don considers paramount, and that also seemed to get lost once the punk rock purists started appearing out of the woodwork. For them, punk rock was a solid entity – something represented by fast guitars and leather jacket. 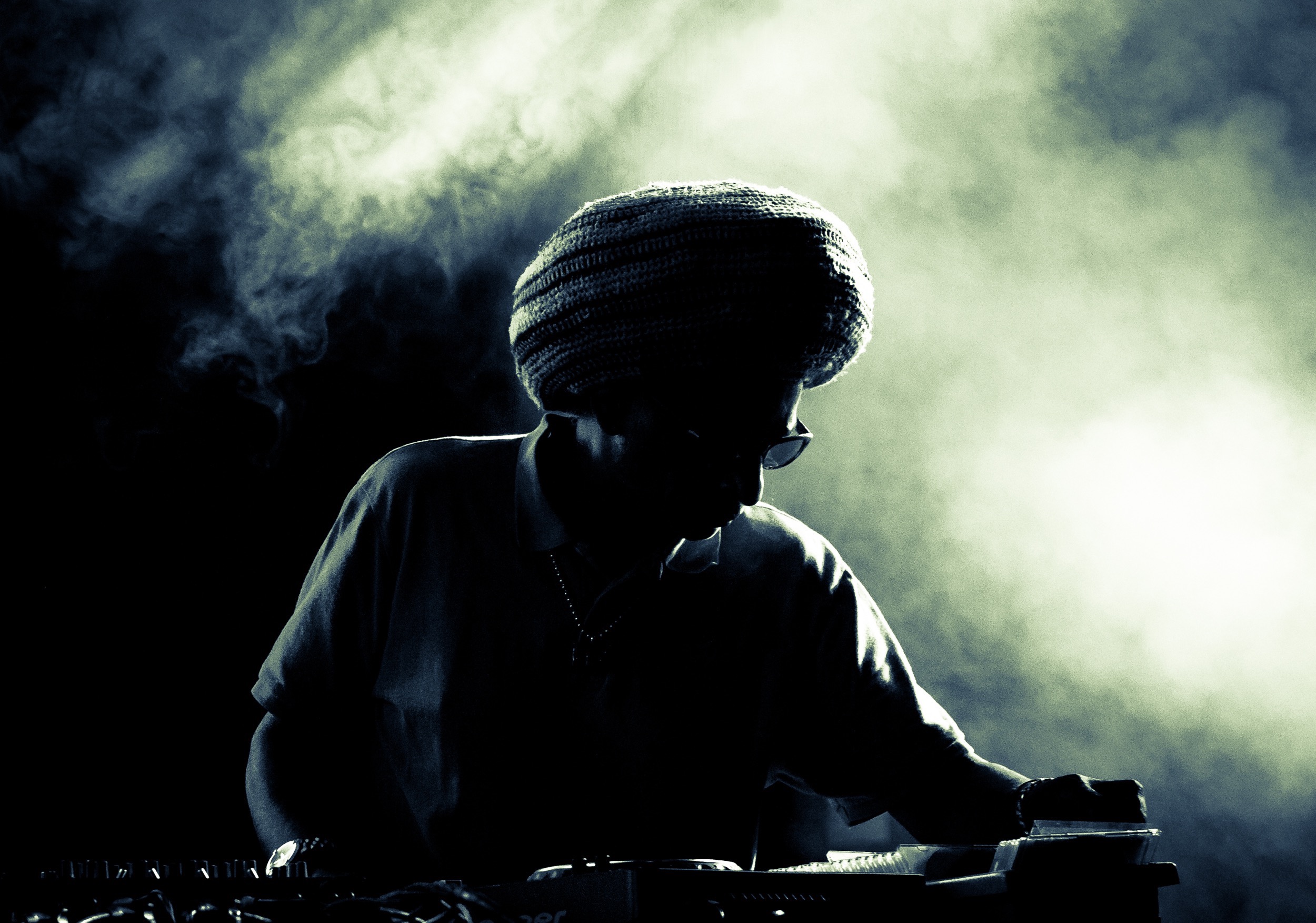 But what about now? Are there any counter-cultural movement that seems promising today? “Go to places that haven’t had MTV and the cult of celebrity rammed down their throats,” he says. “It’s in these kinds of places that you will find exciting things. In the West, a lot of music has become a soundtrack to passive consumerism. There are a lot of places where music is still a tool for social change – it still has that possibility, still serves that function for a lot of people. If you want inspiration, look at new places and make sure that your bullshit detector is finely tuned.”

And, when it comes to sharing his advice for young people, Letts stresses the modern-day struggle of balancing rebellion with reality. “I do realise what the economic situation is these days – it makes it very difficult to think about anything other than surviving and paying the goddamn rent,” he says with a sigh. “The 21st century is all about new values. If you can come up with your own values, and you play by your own rules, then the world can be an exciting place.”

He continues: “When I say new values, I mean things like living in London… Fuck London! People have to find new centres of cultural activity and commerce. People have to realise that once the artists and the creatives start to migrate… This London-centric behaviour is over. London will kill you, believe me. I’m 61 so I’m settled here, but for young people: get over London. It ain’t what it used to be. Right now it screams ‘if you ain’t got money, fuck off.’ It’s all glass, chrome and no concessions for the people helping this city work.”

Don also observes that the ‘Us’ vs ‘Them’ dynamic he grew up with seems to have been replaced by a sense of complicity that is hard to swallow. The comfort of repetition, he says, has lulled many into a false sense of security.

“There’s been obvious erosions of people’s lives that we’ve let slip by,” he adds. “Be it cutbacks on the communities, the hospitals… We’ve all taken our eye off the ball.”

“There’s a famous saying: ‘The price of freedom is eternal vigilance.’ We haven’t been vigilant.”

You can listen to Don’s new Reggae 45 podcast with Turtle Bay over at their website. You can also keep up with Don on his own platforms, or listen to him on The Spaces In-Between Podcast.

Linkedin
RELATED ARTICLES
OTHER ARTICLES
Demonstrators gathered outside of Parliament to voice their concerns about the monarchy and the crackdown on dissent.
In his 2008 series, the photographer pictured himself as Angela Davis, Martin Luther King Jr., Malcolm X, and other prominent figures.
Thousands of protestors gathered in Westminster to express their sadness and fury at the fatal police shooting of a young Black man in Brixton.
Financial turmoil is pushing people who work in the sex industry into more dangerous and desperate situations as a means of survival.
The two-day long event returned to London this year, showcasing a spectacular parade, steel bands and Caribbean food.
Dominique Misrahi discusses her unlikely start as a photographer capturing intimate scenes of the city's youth and subcultures.