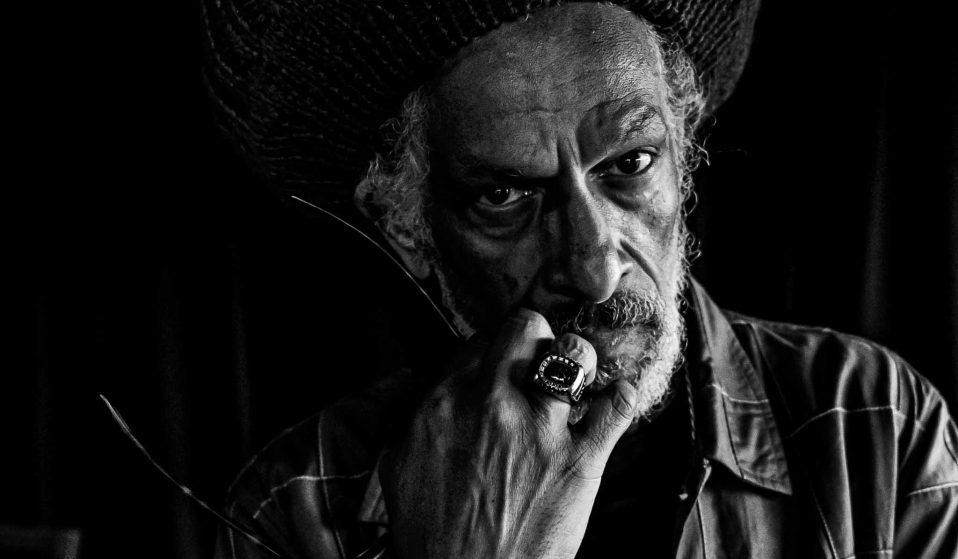 The polymathic pioneer reflects on a life embedded in UK subculture – from arguments with Bob Marley, to connecting the dots between punk and reggae.

The polymathic pioneer reflects on a life embedded in UK subculture – from arguments with Bob Marley, to connecting the dots between punk and reggae.

“I’m not used to the spotlight being on me,” says Don Letts. “I prefer to talk about something I’m doing, as opposed to something I’ve done.”

It’s been a busy time for Letts, but then when wasn’t it? His autobiography, There And Black Again, written with Mal Peachey, came out in 2021; Rebel Dread, the William E. Badgley-directed film of his life, follows hot on its heels. Covid had its part to play, of course, which means the film hits cinemas with some recent events and endeavours conspicuous by their absence.

“The weirdest thing about this film,” says Letts, laughing, “is that it was made three years ago. So much has happened in my life, not to mention BLM, not to mention that the world’s apparently woken up… I don’t even look like the same person! And then what does the poster say: Legendary countercultural blah blah blah… I’m like, ‘What the fuck?’ I’m on the bus with my bus pass going to hustle my next gig.”

It should be pointed out at this juncture that Rebel Dread is a fine film, despite any misgivings from Don, weaving the life of a filmmaker, DJ, musician, seminal rasta punk and man-about-town into a story of an ever-changing British sociopolitical landscape. It’s a tale of how these islands thwarted and inspired a second-generation immigrant whose parents sailed in on the MV Empire Windrush in 1955. Don was born a year later.

As for the present, the movie misses out on Letts’ incipient solo career. Having toured the world for eight years with Big Audio Dynamite and DJ-ed for most of his adult life, he’s only now got around to making his debut solo album, Out of Synch, co-produced with Gaudi and featuring some heavy-duty basslines courtesy of Killing Joke’s Youth.

“Actually making this album, I’m so fucking pleased with it and I can’t believe I’ve pulled it off,” he says, enthusiastically. “But nobody wants to talk about that, they want to talk about this film.”

Just then, one of Don Letts’ teenage daughters enters the room and taps him up for twenty quid. “The truth is, I’ve got to keep doing shit, man. Two teenage girls are bloody expensive.”

To mark the film’s release, Letts looks back on his unique career, and reflects on the lessons he’s learned along the way. 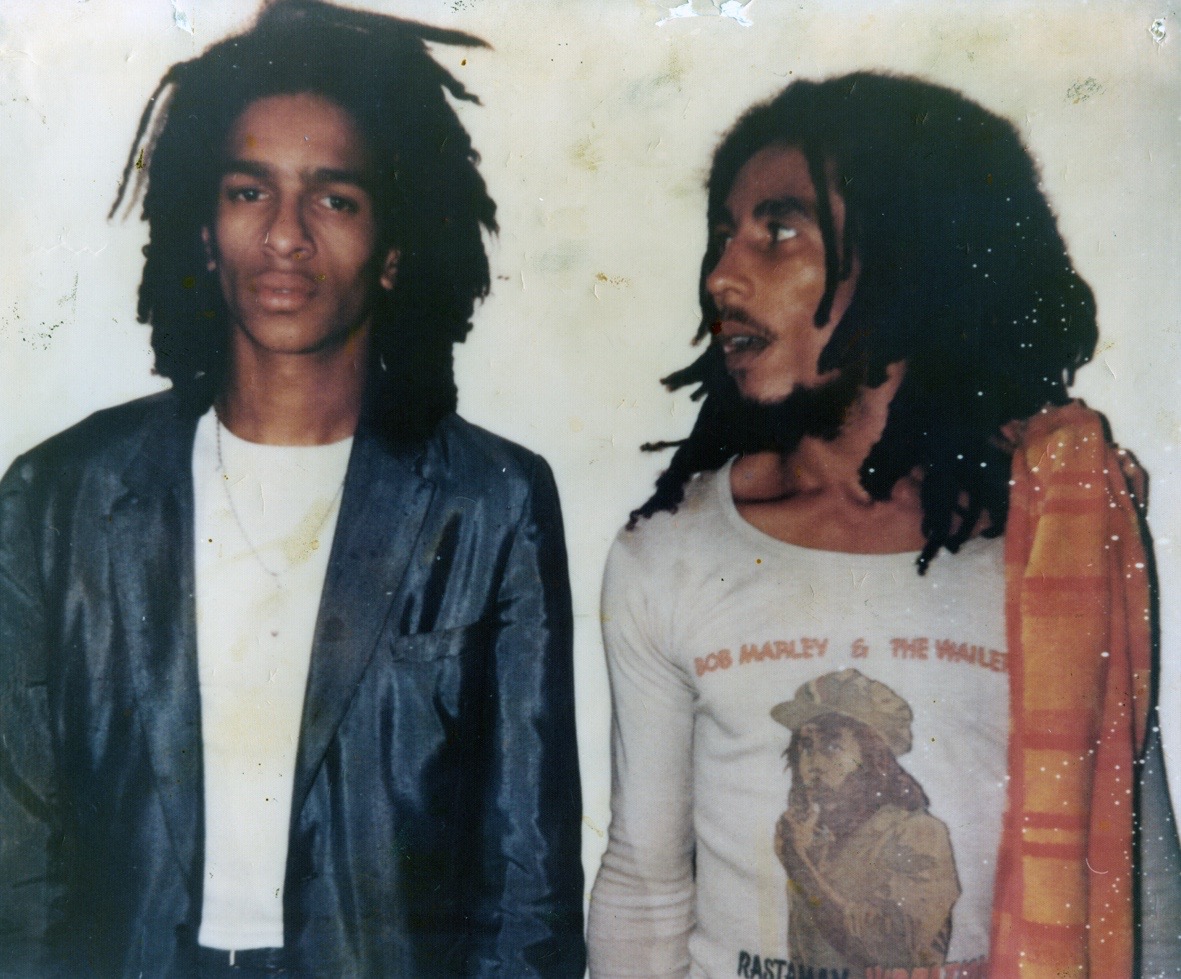 What doesn’t kill you will only make you stronger

“Doing this book and doing the film, I’ve come to realise the hard exterior and the confidence that I have today was created by how I was treated by society growing up in the ’60s and ’70s in the streets as a third class citizen. It consequently made me wonder what I would be like today if society had been nice to me? It’s the old adage of what doesn’t kill you makes you stronger. So when they were saying, ‘Fuck off back to your own country’, I was sitting there listening to James Brown’s ‘Say It Loud – I’m Black and I’m Proud’, but couldn’t really see a way forward until punk rock exploded with the whole DIY ethic. My mates were picking up guitars and I wanted to pick something up so I picked up a Super 8 camera and started filming the bands I liked, and it just went on from there.”

“I loved the Beatles when I was a kid. I used to hang outside Savile Row as one of the ‘Apple Scruffs’ George [Harrison] described in one of his songs. I collected tonnes of Beatles memorabilia, and I think it’s a massive indication of the duality of my existence, which was Black and British, because along with ska and reggae and the Blue Beat records my parents were playing at home, I was getting this influx of pop music that was exploding in the ’60s. For me, pop ain’t a dirty word. I grew up on that shit and it made me the man I am today: The Who, The Kinks, obviously Bowie, Roxy Music… that’s a large and undeniable part of who I am.

“I swapped all that Beatles stuff for an American car when punk rock’s cultural Year Zero happened. You’d get rid of all the so-called ‘shit’ records of the ’70s. That was a lie, folks! To justify our own existence, I got rid of all this music I was into: Led Zeppelin, Pink Floyd and all the rest of it, and then when post-punk happened I was frantically buying it all back, because everyone could be honest about what they really liked then. That said, I kind of like that blind energy of youth. It’s either this or that.”

“I need to put something in perspective because it gets repeated on the internet over and over and suddenly it becomes the truth: Don Letts, friend of Bob Marley… it’s bollocks. I was an acquaintance of Bob Marley when he was in London and he had a lot of acquaintances.

“People would sell him weed, and that’s what got me through his door. I wasn’t a dealer, but it got me through the door. I guess I was the only one that went through his door wearing punk rock gear, because the last time we spoke we famously had an argument about punk where he’d been reading the tabloid press and got the wrong end of the stick, writing it off as rubbish, and I’m like, ‘Dude, you’re wrong. These are my friends. You know you’re wrong’. And he basically said, ‘Get the hell out of here’. And a few months later, a better-informed Bob – who’d been speaking to journalists like Vivian Goldman – wrote the song ‘Punky Reggae Party’. That’s the reality of the story. The guy did not ring me up and say ‘Come round and have a cup of tea’—well, he might have it if it was ‘erb tea.

“People are lazy. Also, there are a lot of young people coming into the mix that get their info from the internet, don’t cross reference, can’t join the dots. You can get misquoted too, like talking about DJ-ing and I say I like to liven up the place with some heavyweight bass, and it gets transcribed into Don Letts likes to knife up the place. People need to cross reference, join the dots and don’t take everything at face value. Come on!”

Old isn’t what it used to be

“I’m 66 and never thought I’d be saying this in a million years, but music is the elixir of life, and I haven’t become like my parent’s generation, god bless them. I’m of that generation where my only form of transportation was a transistor radio, but it opened doors to places that other mediums couldn’t reach.

“Now there’s a weird dynamic where the gap between me and my kids has been closed. When I DJ out, there’s people from 18 right the way up to 60. It’s a shift in the culture that’s not actually being embraced. I would obviously say that because I’m of that generation, but it’s something that I recognise. Old ain’t what it used to be! Any more than young is. The economic fucking situation in this country, particularly in the city, is making young people old before their time. It’s hard to be a rebel if you’re living with your mum, you know what I mean?” 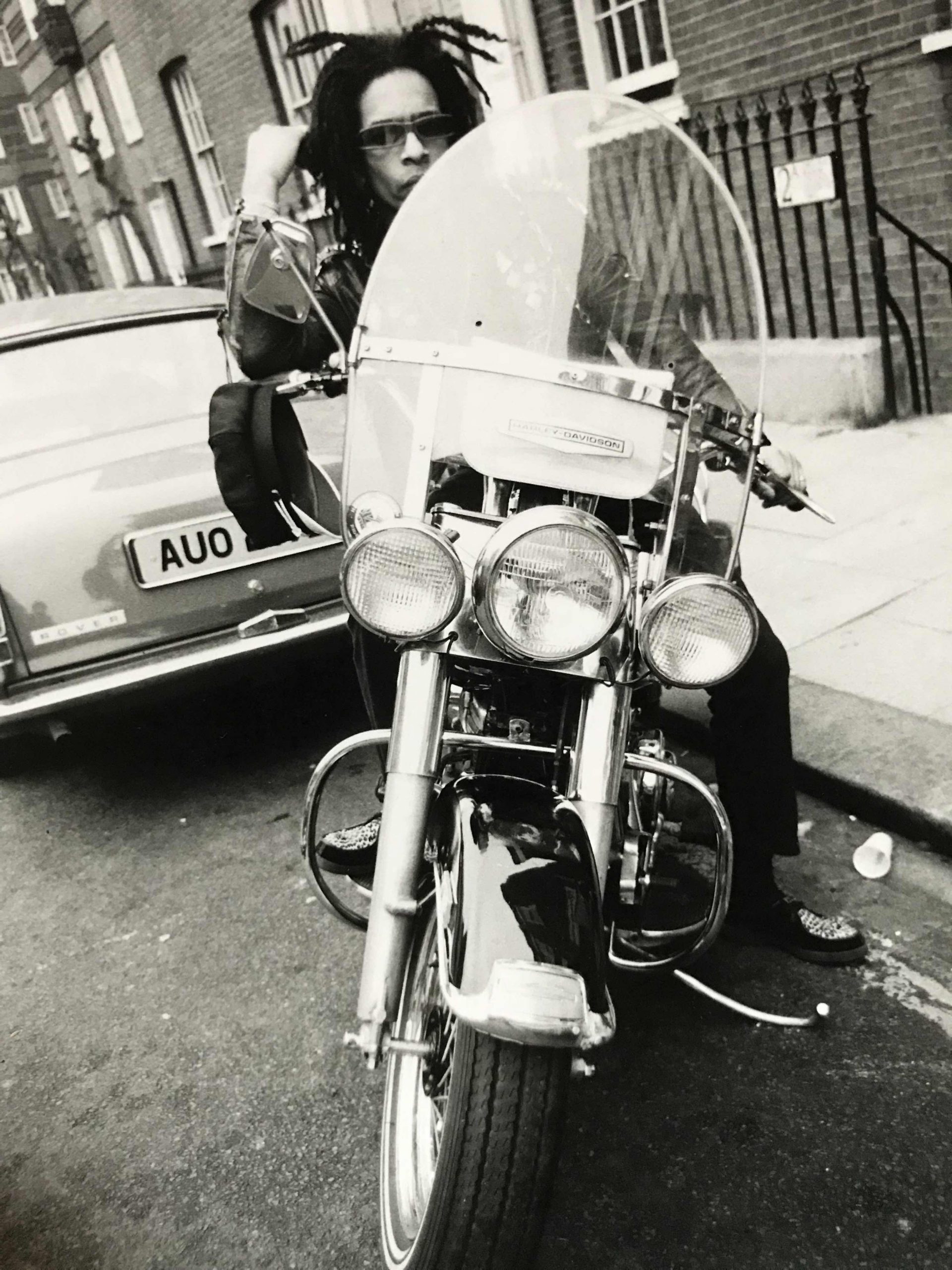 A good idea attempted is better than a bad idea perfected

“It’s obvious to see what punks got out of a close association with reggae. You know, the anti-establishment, new school reportage of the lyrics, the basslines, obviously, as typified by The Clash, The Slits, Public Image. They did not mind the weed either. What reggae got out of it was exposure, and that was a big deal back then because we weren’t getting a lot of airplay. There weren’t a lot of venues to play in, and then off the back of the whole punk rock interest, reggae kind of leapt into the argument once again.

“There’s not enough said about England’s role in the dissemination of Jamaican music really. You can’t talk about the journey of reggae globally without talking about England’s part in that whole story. I’ve come to realise through my association with my Caucasian mates that the creation of reggae itself was a punk rock moment – using what you’ve got to get what you need and turning problems into assets. Good ideas attempted are better than bad ideas perfected. That’s all punk rock. And that’s all borne out by the creation of reggae music.”

Rebel Dread is out now.

Linkedin
RELATED ARTICLES
OTHER ARTICLES
In the last of our dispatches from OFFF Barcelona, Rufus Deuchler and Vincent Gault discuss the future of creative process.
The author discusses her blistering new novel about history, revolution and queer love.
Over the weekend, London locals came together to resist a pre-planned police raid targeting delivery drivers.
From the Yakuza to a biker gang, Bruce Gilden recounts capturing Tokyo and Osaka in the ‘90s.
Following the release of his newly republished 1991 book, Redheads, the American photographer reflects on his celebration of ginger people and their magnetic power.
After news broke last week around an expected reversal of the 1973 landmark law that made abortion legal in the US, protestors gathered in the UK in support of American women.