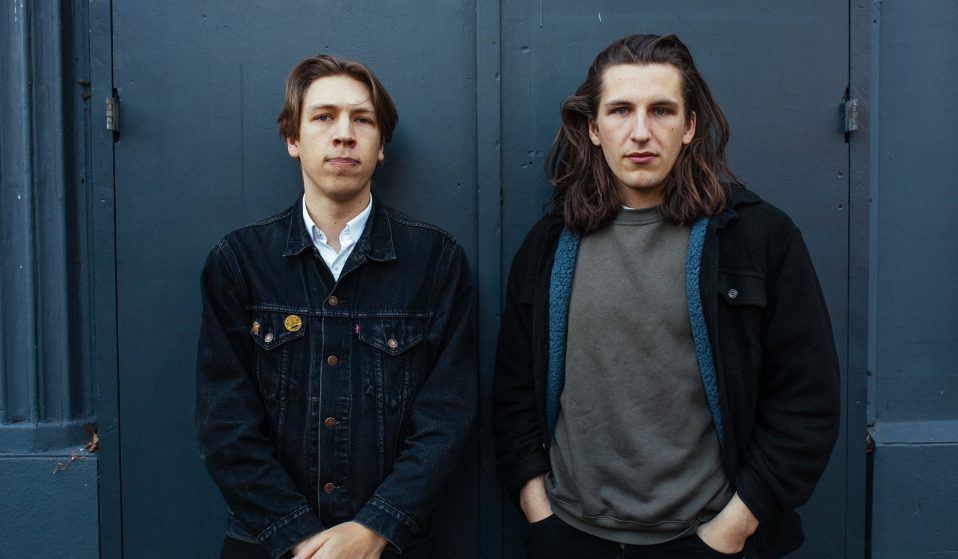 After almost four years away, the Loveless brothers are back with their third album. ‘We’ve grown up,’ they say. ‘Though not sure in what particular way.’

After almost four years away, the Loveless brothers are back with their third album. ‘We’ve grown up,’ they say. ‘Though not sure in what particular way.’

Drenge’s Eoin and Rory Loveless are sat in a dimly-lit London pub, discussing why they’ve been away.

After releasing their first two albums (2013’s self-titled debut and 2015’s Undertow) within a period of less than two years, they waited almost four before sharing number three, Strange Creatures.

“The record has been done for a year – over a year, really – and we’ve just been waiting for the label to put it out,” explains Eoin, singer, guitarist and older sibling.

“We just got caught up in the machine,” adds Rory, drummer and younger Loveless. “Though I was less frustrated than I thought I’d be.”

“No, you were really frustrated – you even got a bit angry,” says his brother, interjecting. “I calmed you down. You were pretty angry.”

If there was any lingering irritation, you wouldn’t know. Drenge are in a placid mood today, a direct contrast to the sounds of the new album.

Building on the rowdy clamour of previous releases, Strange Creatures sees them full of disorderly ideas. Be it the searing takedown of neoliberalism’s slick-haired disciples (‘Bonfire Of The City Boys’), or a story of a school disco turned massacre (‘Prom Night’), the band – Castleton-born, Sheffield-based – haven’t lost any of their mischievous vigour.

Given the amount of time between Strange Creatures and your previous record, were you ever worried that people might have stopped caring?
Eoin: When we started, we had very youthful energetic crowds at our shows. The thing is, people get… old. I don’t want our shows to just be the thing where people go to push people around and fight each other.

So that informed our stuff a bit. As we’ve spent four years away working on this record, thinking about who’s gonna listen to it, it wasn’t in our heads to be like, ‘Okay, let’s make another Get In The Pit album.’

Rory: We didn’t want to do another album of heavy guitar music. It would have been too much. For a live show, it’s not something we could have kept up with – the cardio is just not there right now [laughs]. It can get busy.

How have your lives changed since the last album?
Eoin: It’s a weird time to think about. To me, it’s this big mess. Like, what was going on there? I was just working on this record. We were going through a slightly tough personal time with a bereavement. When I look back, I just see this big grey cloud over 2016 and to the end of 2017.

It was a like a mist. It’s really difficult for me to go and think, ‘What was I listening to, what was I doing, where I was going?’ But that’s kind of what the record sounds like to me, this kind of mist that you go into. These songs, to me, sum up that time really, really well. Weirdly. It perfectly sums up that feeling: ‘What is going on?’ And not just personally, either. With what’s going on in the world too. A mess.

Rory: That year, 2016. It was the worst year. Everything went downhill. And the world changed. I think it definitely had an impact on this record. We’ve grown up, though not sure in what particular way. But we’re not the people who made the first two records anymore. 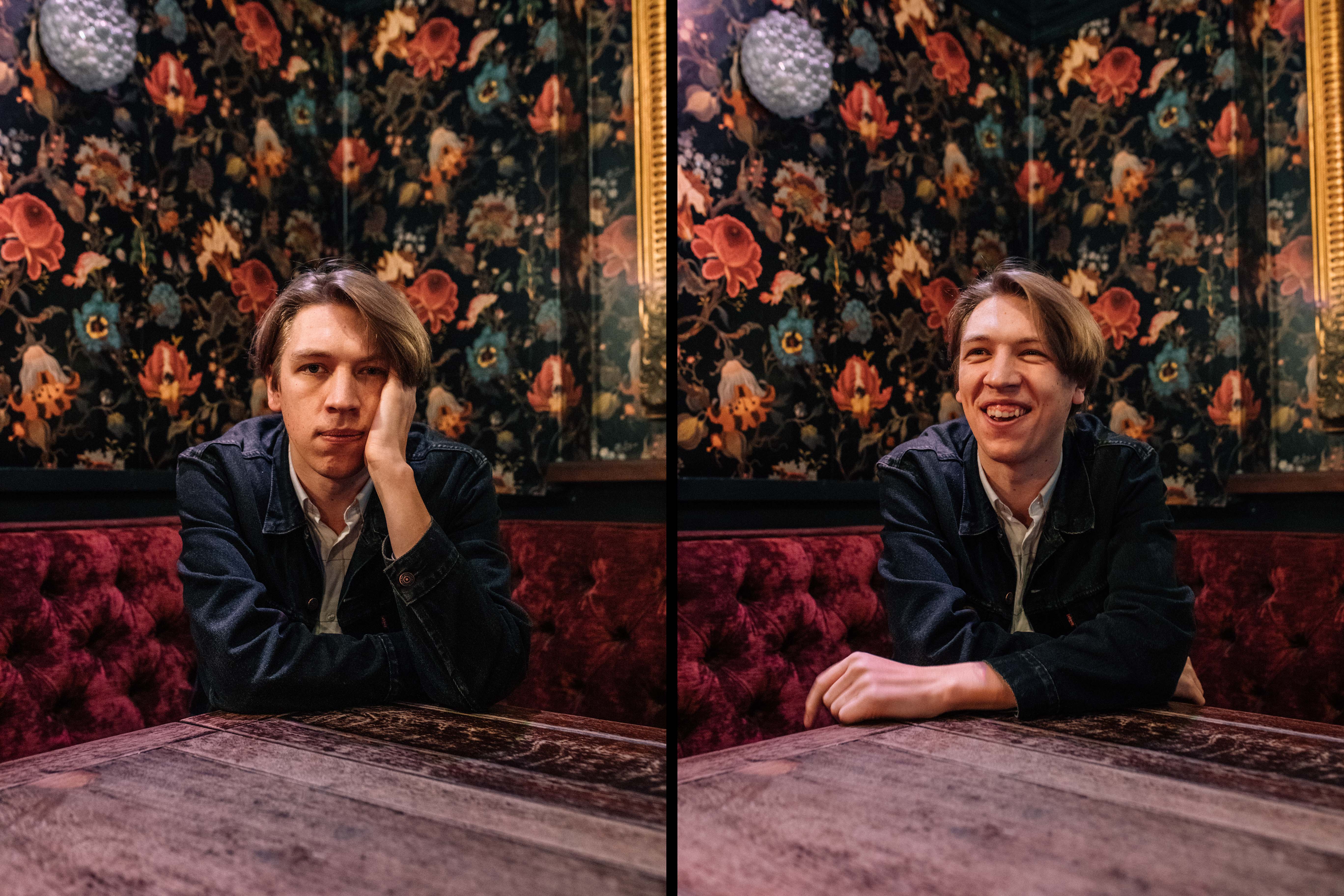 To stick with that idea, of the world changing. Eoin, during a 2016 interview, you said: ‘I hate bleakness, but it’s difficult to see how everything’s gonna get better.’ Quite the call.
Eoin: I think a lot of it was quite predictable. It’s surprising, everyone’s personal connection to the internet gives everyone constant information all of the time. Now you know every human has access to this great bank of data.

Because everyone knows everything all the time, that is going to have an impact on the decisions that people make. What I’m saying is that it breaks down the ideas of communities. You don’t need a community if you’ve got it all in there.

Rory: I guess we’re the last generation that lived before the internet was everywhere. It feels weird remembering a time before.

Eoin: Yeah. One thing that interests me is thinking about how our generation is going to cope with the things that has happened to it. The recession, housing, [those] things that impact people our age. We’ve been fed a bunch of rules – ‘This is how you must live your life.’ But it’s becoming apparent that as we get closer to that age of ‘settling down’ – a house, a mortgage, getting married, having kids – that it’s disintegrating. But that’s not a bad thing.

I wanted to talk about ‘Bonfire Of The City Boys’ as a lyric. That’s such a striking image. Where did that idea come from?
Eoin: I was in London, flying back from somewhere. I was getting a lift from someone – I had to travel from Heathrow to Liverpool Street station, where I was going to get picked up. Opposite the station, there’s this little huddle of pubs where there are all these guys in suits – like, fat hands with jewellery on, all holding a phone, a fag and a pint, they all had greased hair.

I was looking at them and in my head I was like, ‘Oh all these guys are much older than me’. But then I actually looked and it was like, ‘All these guys are my age, or younger.’ They’ve got their suit from Savile Row and they’re just in their element, making money and living that pathetic life – whatever that is. I was really freaking out. I couldn’t believe that would be a life choice that you would ever want. You know, at the time, it was just so out of touch with what was happening in the world.

I saw this image a few months later from when Trump got elected and there were all these young men, champagne and cigars and stuff. That capitalist mentality needs to die pretty soon for this species to continue. 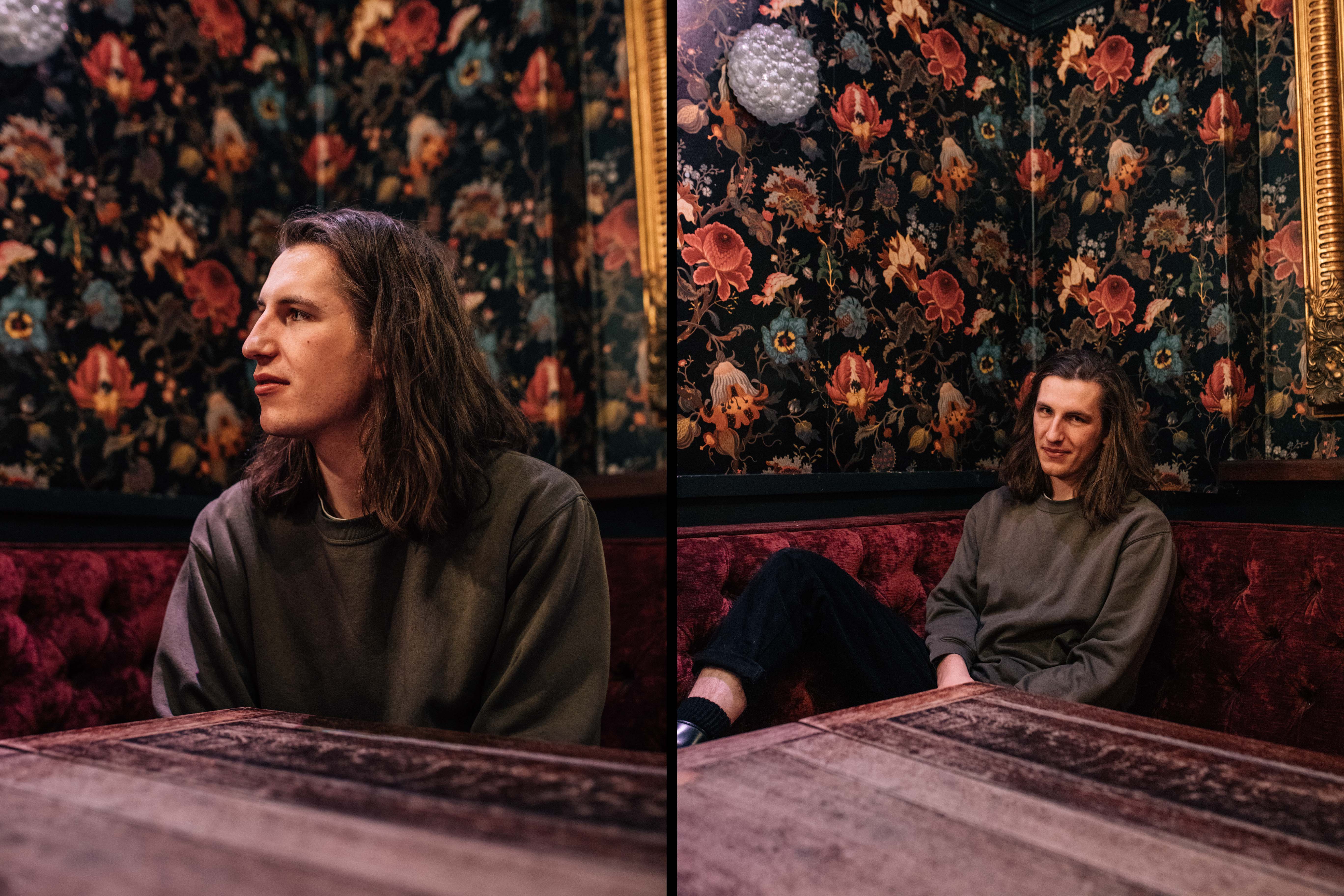 When you pair that with the video for ‘Never See The Signs’, in which you take aim at chirpy AMSR YouTubers, is it fair to say you’re happiest when taking the piss out of modern life’s drearier characters?
Rory: We used to use the word Drenge as an adjective – to say like, ‘Oh that’s really awkward.’ But I wouldn’t say it’s a hugely malicious thing. It’s more comical than anything. Poking fun at everything, a little bit. For me it’s how I deal with the world.

Eoin: There’s the guy James Charles, the YouTube makeup guy. He turned up at Birmingham City Centre the other week and it just shut the city down. But no one understands it and that’s great. No one should understand it. People are above it and people are below. The people who get it, get it. And the people who don’t just don’t.

Eoin: I can’t believe we’re still talking about the internet. But YouTube is like speakers corner. You can do whatever you a want there, there’s no filter. And if that’s boys putting on makeup, or kids playing with slime – that’s fine!

Strange Creatures is out now on Infectious Music.

Linkedin
RELATED ARTICLES
OTHER ARTICLES
Rhiannon Adam spent three months capturing an ageing society wracked by division, isolation, and the aftermath of scandal.
Sean Maung’s photos are a love letter to the Black and brown communities that make up New York.
Financial turmoil is pushing people who work in the sex industry into more dangerous and desperate situations as a means of survival.
Following the announcement of an 80% hike in the energy price cap from 1st October, crowds gathered outside the offices of energy regulator Ofgem to protest and declare their intention to undertake a payment strike.
In his 2008 series, the photographer pictured himself as Angela Davis, Martin Luther King Jr., Malcolm X, and other prominent figures.
Rogue landlords are exploiting young and inexperienced renters and leaving them in mental and financial turmoil, reports Niall Hignett.