Art & Culture / Music / For emerging musicians, the internet is not all it’s cracked up to be

Gilles Peterson and Brownswood’s Future Bubblers project is going offline and outside the M25 to find innovative new talent across England.

Gilles Peterson and Brownswood’s Future Bubblers project is going offline and outside the M25 to find innovative new talent across England.

“There’s this mad ‘streets paved with gold’ assumption that an artist needs to be in London to thrive and survive,” explains Amy Frenchum of Brownwood Music. Although the internet has broken down borders, allowing songwriters and bedroom producers anywhere to share their music with a global audience, if you want to access the resources and knowledge to build a sustainable career, chances are you’ll have to head to the big city.

Future Bubblers is a three-year talent discovery, mentoring and development project spearheaded by Brownswood that aims to break down the barriers for emerging musicians from cities across England and encourage artists making innovative and left-field music. To fill the gaps in support that still exist in the music industry, despite the opportunities to connect provided by the internet, they’re going offline. To nurture not just artists, but thriving scenes that will live far longer, they’re connecting with local networks in each partner city and searching for talent through old school person-to-person networks, demo drop-off boxes and nights where they invite people to turn up and show off their skills.

“We are so used to having music fall into our laps, but to go out and be active in discovering new music is still very, very valuable and we can’t forget that,” Amy explains, from Brownswood’s London HQ. “We know there are amazing underground scenes bubbling throughout the country, so we wanted to try and put some opportunities in place in other cities. There is loads of stuff going on in most of these places already, but because of the kind of music they are representing, it tends to fall and stay under the radar.” 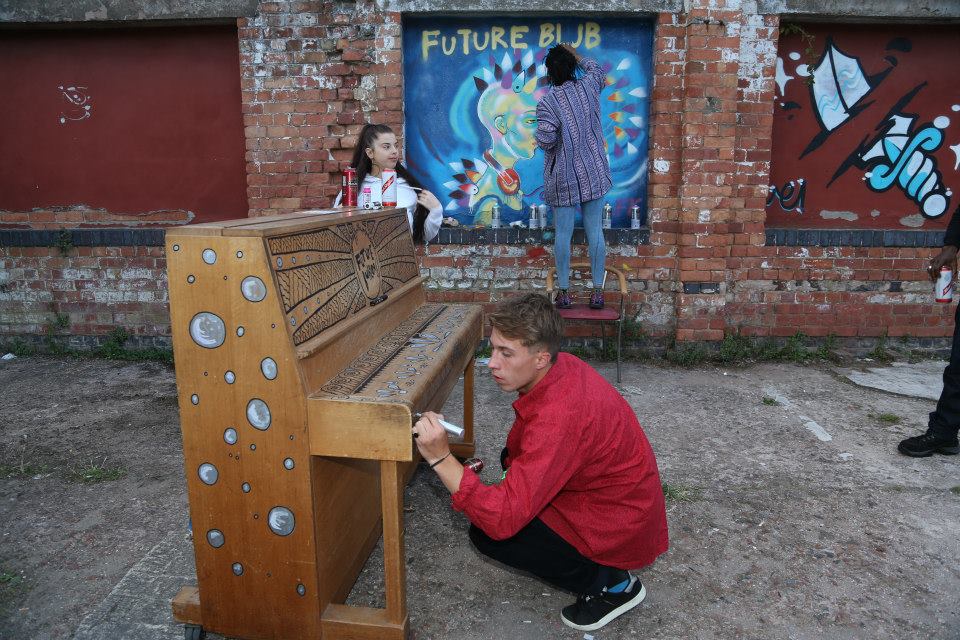 Headed by musical explorer and DJ Gilles Peterson, Brownswood have built a reputation for scouring the globe for progressive artists off the beaten track, working with artists from Cuba, Brazil, Kenya and elsewhere. Using Gilles and his business partner Simon Goffe’s decades of experience, they help take shining lights with big ideas to the next level. But as they’ve watched the music industry evolve over the years, they’ve noticed there are still major gaps in support for new artists.

“Oh my god, [the industry] has changed unbelievably since I started out in the 1980s!” Simon explains. Today’s courses, projects and schemes for musicians are all a relatively recent development, which alongside the equalising force of the internet have opened countless doors. But big obstacles remain, which Future Bubblers aim to overcome. “The biggest barrier to new artists getting the support they need is resources,” Simon explains. “Money of course, but not just money – experienced advice, which is where we come in. There is very clearly a big problem in the music industry in that most people who go on to become successful have resources – well-off parents, a family member in the industry, etc. Our aim is to counter that and offer opportunities to people who do not have access to these sorts of resources.” 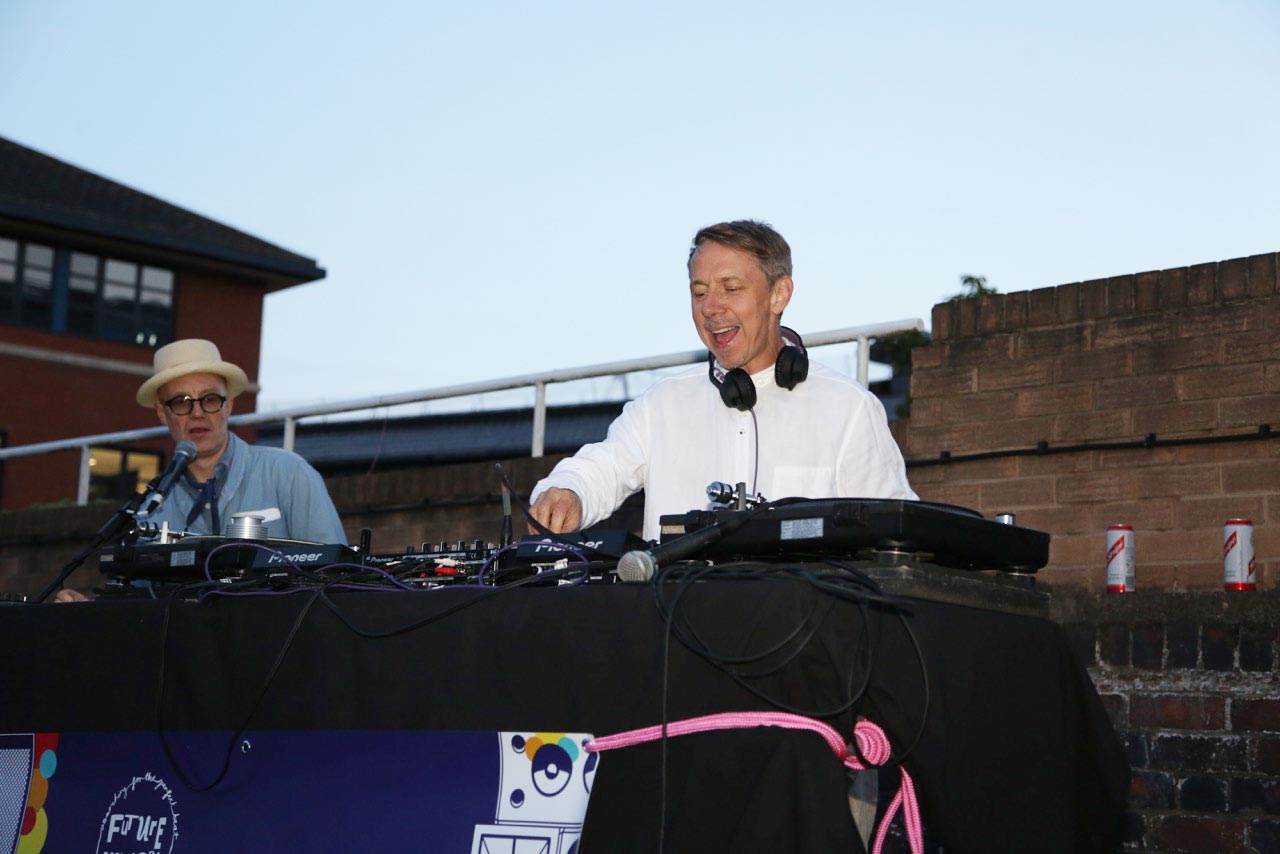 Future Bubblers is about finding undiscovered songwriters, producers, beatmakers, choirs and scratchers outside London, whose exciting new ideas would sit on people’s laptops or forgotten Soundclouds and never get the chance to flourish into something great without a push and mentoring from Brownswood. “The internet is great at letting artists take control of their own career and journey; it means things can be authentic.” Amy explains. “But in terms of emerging artists – the internet can quickly become that ‘small fish, big pond’ situation. Music is pushed out there on the daily, it’s every which way you turn on the internet – so how, as an emerging artist, can you compete against the bigger, richer promotional honchos out there?” 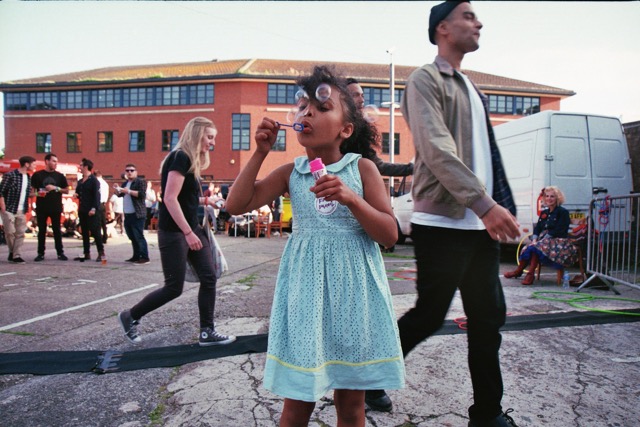 With support of Arts Council England, Brownswood are connecting the dots with people on the ground already pushing independent music. “Future Bubblers needed to have a human element, which is difficult when we are essentially a London-based music company,” Amy explains. “So working with community networks that already have the most incredible understanding of the dynamics of music in their home city was so important. We weren’t about to come flying into places claiming to know what’s best. We totally value the local insider knowledge and took a lot of time working out partners in each city that were on the same vibe and could help to rep the project legitimately.”

One of the Future Bubblers partners are MIMM, a streetwear and record store, record label, artist development project and community radio station in Nottingham. “I think it is imperative to support the independent community as it is the soul of the city,” explains MIMM’s Nathaniel Coltrane Wilson. “As a result of the internet I also believe it to be much harder to create a scene as people can find new music with out having to go to their local record store, clubs & live venues.” To restore the balance, MIMM put on Secret Sessions which showcase local artists in secret parties at unique and interesting venues to receptive, sell-out crowds. MIMM is also home to a record drop-off point and is the eyes and ears for Brownswood on the ground in Nottingham. 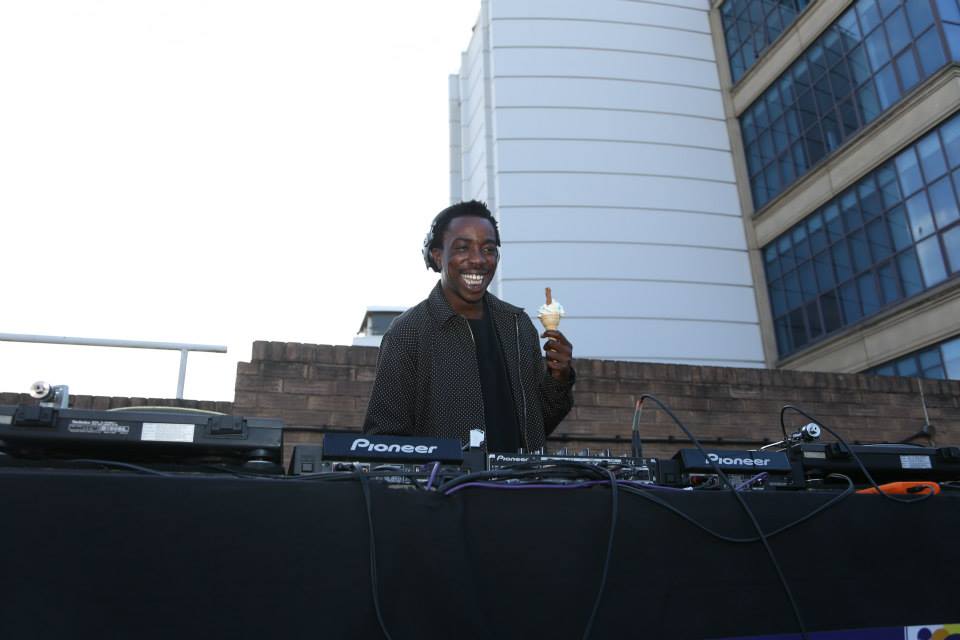 As Gilles remembers from his early years, getting the chance to play live in a supportive environment – to people who are willing to forgive mistakes – is crucial to take the next step forward. “The first massive challenge for me was taking over from a DJ called Paul Murphy upstairs at the Electric Ballroom in Camden – the Jazzifunk club,” he recalls. “This club was THE place to go to if you were young and black in London at the time. I had to play to the very best dancers in the upstairs room – heavy, rare, jazz, latin and boogie. On the first night, I totally flopped. I thought my career had ended.” But after giving the best dancer in the place, Jerry Barry of IDJ, a lift back to Acton, Gilles was given another chance. “The following week, because of that lift home, he got all the best dancers back on the floor for my set – and I had a chance to get my shit together,” he remembers. “Ultimately it was the Jazzifunk club gig that gave me the sense of credibility in that scene.”

Keeping the door open and inviting younger talent to the table is important to Room2 Records, Future Bubbler’s partner in Salford, Manchester. “Room2 Records is basically a collection of independent musicians who realised there’s power in numbers and that our collective shine is greater than our individual fan bases,” explains Kydro. “Now that we have established our name, the elders of the group have been able to open the door for the next generation of talent, not only that but support them and their debut releases and first ever gigs. Room2 is a Manchester thing, we all know each other, chill together and make music together. It’s a community before it’s a company and for that reason we know not to forget our roots and the city that we represent.” 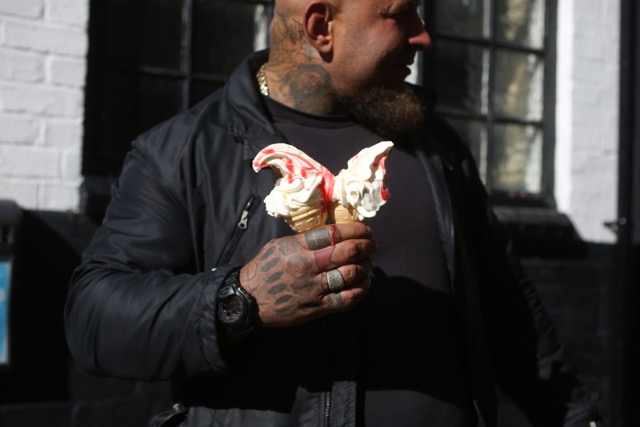 The huge offline network Future Bubblers is building across the country is not just about finding exciting new talent, it’s about using the whole structure – Brownswood and their local partners – to mentor and help develop the artists involved over the next three years – and hopefully beyond. “For me the greatest challenge and the most enjoyment I get as DJ, A&R and from music in general is witnessing that process of very early promising demos turning into big international artists – appreciated and recognised like they deserve,” Gilles explains. “And if we can see that happen with Future Bubblers, in this world of music – that would be amazing.”

Find out more about Brownswood’s Future Bubblers, in partnership with Arts Council England. Talent entry is now closed for year 1, but doors are always open and there are events across the country. Artist submission will reopen in 2016.