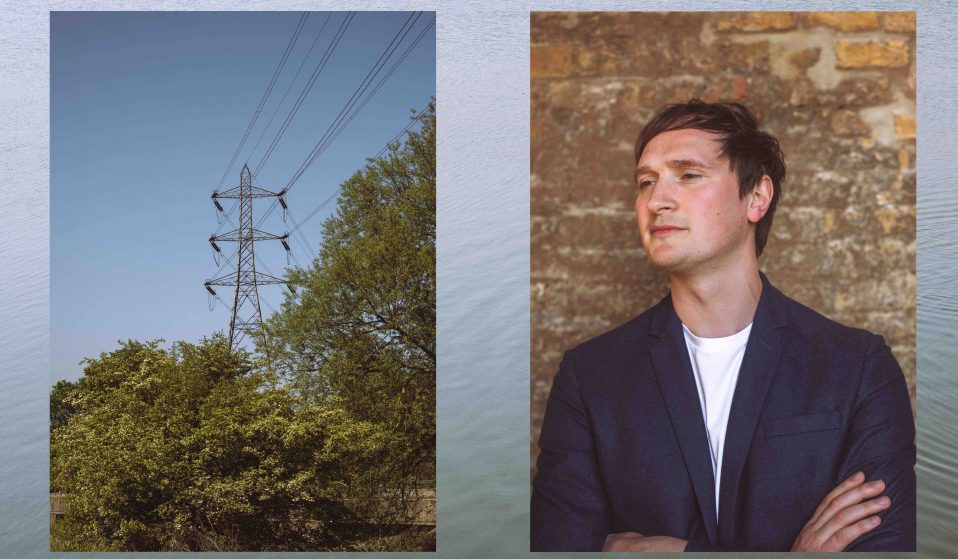 As he gears up for the release of his second solo album, the Orkney musician takes us on a tour of London’s Walthamstow Wetlands – a bucolic oasis set within the urban sprawl of North London.

As he gears up for the release of his second solo album, the Orkney musician takes us on a tour of London’s Walthamstow Wetlands – a bucolic oasis set within the urban sprawl of North London.

When I first meet Erland Cooper, he is sitting at a table outside a cafe, engrossed in a well-thumbed copy of The Outrun by fellow Orcadian and friend Amy Liptrot. It is a warm Easter Sunday afternoon, and we have agreed to go for a walk at London’s Walthamstow Wetlands reservoir; a bucolic oasis set within the urban sprawl of North London. I’m flustered at first, having lost my way there, but the musician’s soft Orcadian tones immediately calm the squall. I think to myself that he’d make a good trendy vicar, or charismatic leader of a benign cult.

Cooper’s about to release his new album, Sule Skerry, a second recorded homage to Orkney, the island he grew up on. It’s a trilogy in the making, with the second part concerned with the sea, preceded by the air and light of last year’s critically acclaimed Solan Goose. A forthcoming meditation on land is yet to be written and recorded (“I can’t wait to get back to Orkney,” he says, regarding the third instalment).

The musical project happened more or less by accident, an experimental idea that was “written between the cracks” as he worked on his various other shared activities in the capital. These include two critically acclaimed bands: The Magnetic North and Erland and the Carnival, both with Simon Tong, ex of the Verve, and affiliated with Damon Albarn in all his various contemporary guises.

“I kept this [solo] thing to myself,” he says. “I’d be on the London Underground reading about Trump and North Korea or whatever, and I’d find the intensity of that environment combined with personal stresses quite hard. So I would name these track ideas after nouns from the local dialect to trick my brain into thinking…” He breaks off, but I assume he means tricking his brain into thinking he’s back home – song titles on Solan Goose include: “Kittiwaako”, “Tammie Norie” and “Moosiehaak”.

“What is the local name for Puffin? Ah yes, the tammie norie; my dad taught me that. Before I know it, three stops have passed. So I kept it to myself for six months and used it as a tool to ease a busy mind. There was no sharing. There was no desire to find out if it was good or bad. It’s bringing me home. It’s evoking childhood memory, good and bad. But mostly good.”

Erland made the record in his studio in Hoxton Square – a space he “inherited” from the electronic musician Benge, who relocated to Cornwall. Erland says he’d previously hung around said studio “like a cat”, so when Benge departed four years ago, the veteran musician felt it would be right and proper that Erland take over the lease. It would turn out to be a fortuitous and life-changing exchange, but there would be plenty to do to make it financially viable. Cooper set about divvying up rooms and renting them out in order to make it pay, and at first he took the smallest room for himself. He’s since graduated to the big room, but says “the income always washes the face of the cost”.

The musician is a great raconteur, full of Orcadian colloquialisms and arcadian longing. The Wetlands serves as one of his safe places, with the studio being the other. In transit between the two, he attempts to avoid eye contact and small talk at all costs. Erland doesn’t consider himself good with people, which I find surprising as he’s wonderful company; full of entertaining stories and funny aphorisms. 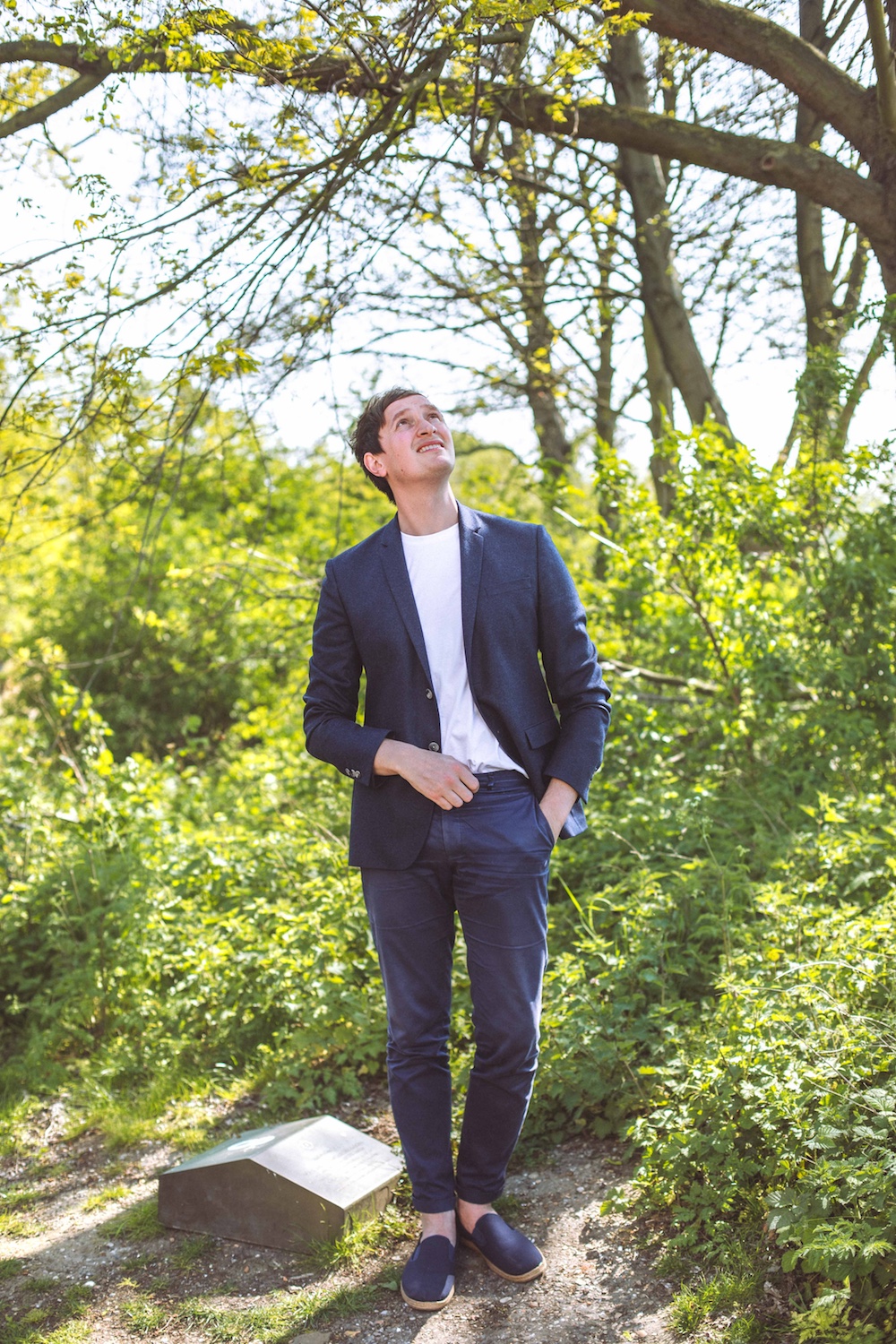 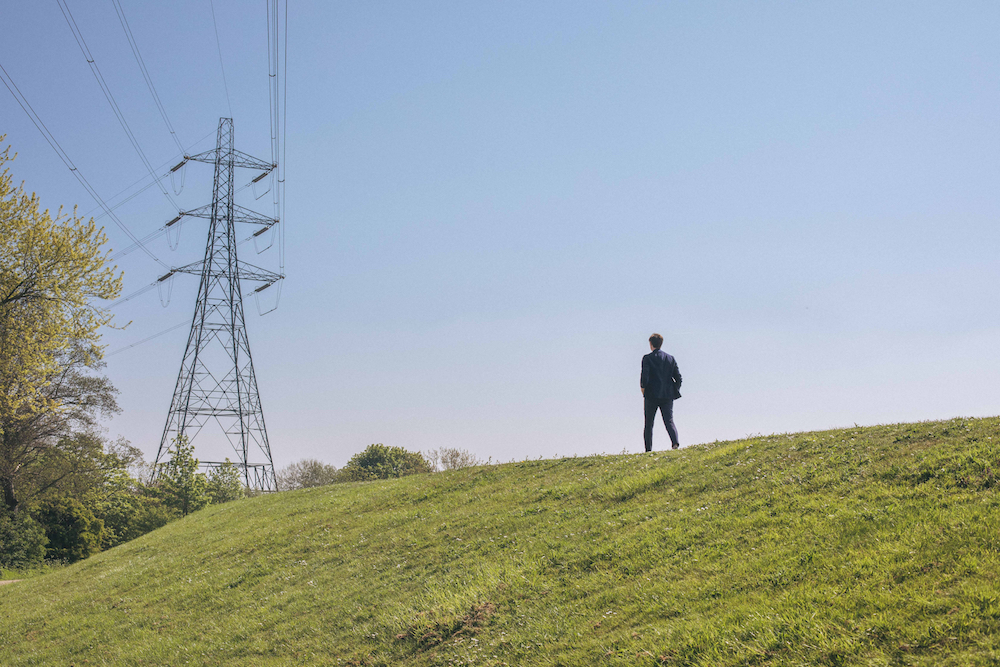 He avoids over-earnestness by being playful with language and subsuming Nordic and folk traditions, and bringing the rich argotic language of the island into his work. I ask him about the Orkney myth of the selkie, which I’m assured is a legend reminiscent of the mythological mermaid. “Mermaid just somehow diminishes the power of that story!” he protests. “This farmer – it’s always a farmer – spots this seal coming in off the sea and watches it peel off its skin to reveal a woman. And he persuades the woman to come back with him, and eventually they fall in love, get married and have children. He’s stolen her skin and put it in a box under the bed. And eventually she finds it – the decades have passed and her kids are all grown up – and so she puts it back on and slips back out to sea. And so whenever they walk the shore they see the selkie of Sule Skerry, a seal looking back at them, and the dad says to the kids: ‘that’s your mother.’

“And I think to myself, where has that come from? Nowadays you might think the relationship was abusive: perhaps she wanted to get away from him; perhaps she ran away to Aberdeen on the mainland. But isn’t it a nicer story that a creature took her away rather than the family broke down?”

Erland moved to Orkney with the family when he was a boy, which apparently means he’s not a real Orcadian, but rather a “ferry-louper”: “You go away, you come back, they say ‘you’re chanting now’; your accent has changed. But I think a ferry-louper is someone who comes back and forth, doesn’t live there, a bit like a commuter.” This lack of full acceptance has created a sense of never quite belonging: “To the English, you’re very much Scottish, but to Orcadians, they’d say you’re a chanter”.

He says as the fifth child in line, it was his modus operandi to proceed without being noticed as much as possible. This led to stern words from his headmaster father when it was discovered he’d been stealing the school keys and breaking into the music rooms in order to teach himself “how to play all the instruments badly”, and record them on 4-tracks and TASCAM machines. “I wasn’t encouraged to do music. I actually did mechanical engineering, which was massively ill-suited to me. But I have a studio now, so ultimately engineering is what I do when I make records. It may have been ill-suited to me, but it was a way to get off the island. All of my siblings, who are brain surgeons and fighter pilots, and arguably much better musicians than me. You just sort of follow in their footsteps…”

Having got away, he loves to return. The trilogy has been a way to send sonic postcards between Orkney and London, creating a dialogue between the two places – a sort of psychogeographic exchange of love letters that’s been made possible by technology. Erland explains: “I like to capture found sounds, but also to use the reverb from within spaces. So I go inside the cathedral, or the Neolithic cairns, or the local town hall, which is more modest acoustically, and capture impulse responses like handclaps. Then you take them back, get rid of the clap, and then you can put sound inside the town hall or the cairns.”

Cooper sees himself less a musician, and more an artist, like Norman Ackroyd, who sketches the harshest landscapes around the British Isles and then creates monochromatic etchings back in his safe space. “I’m just trying to get that little bit of the landscape. It only matters to me, nobody else gives a shit,” he says. “You go away with your books and your boxes and your machines, and when you’re in the studio with no windows you get the critical distance. You don’t need to be surrounded by nature to write about it. It’s the things that work and also the things that fail that matter to me.”

Linkedin
RELATED ARTICLES
OTHER ARTICLES
Photographer David Hoffman recalls documenting the extreme wealth inequality around Tower Hamlets and Hackney int the 1980s.
A new edition of a seminal book brings together iconic images of the band onstage in their full glory and backstage in moments of unguarded camaraderie.
Writers Gracie Mae Bradley and Luke de Noronha take on the callousness of borders, arguing for a world beyond them.
Over a dozen Stop Deportation activists locked themselves to each other outside a detention centre to prevent coaches taking those due to be on the Rwanda deportation flight from leaving.
In her new book, the author explores the country’s housing crisis in human terms and calls for radical action to address a broken system.
Finland-born photographer Sirkka-Liisa Konttinen looks back on her decades-long documentation of life in Northern England.