Art & Culture / Music / Esther Joy on singing out the darkness within 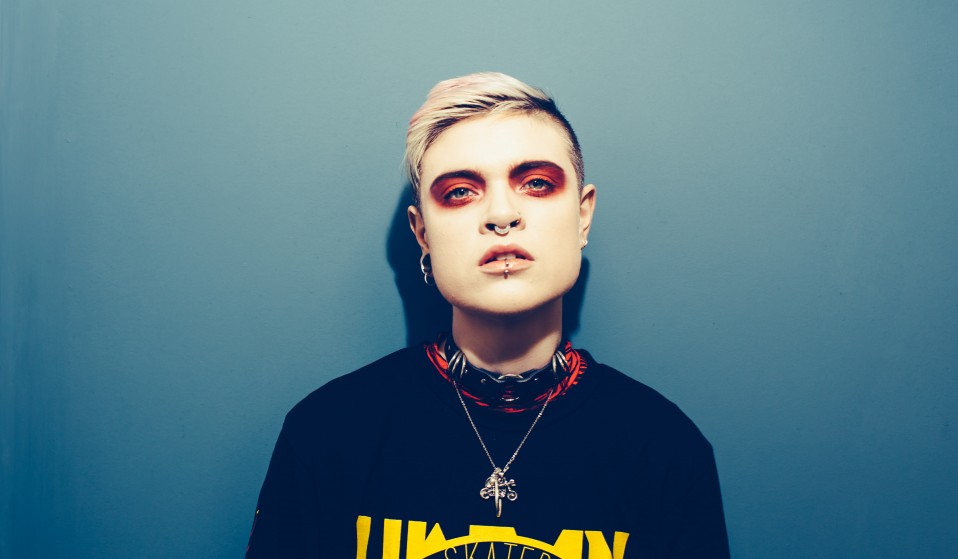 In her upcoming LP, London-based electronic musician Esther Joy comes face to face with the darkness that accompanied her for so many years.

In her upcoming LP, Pyschic Tears, London-based electronic musician Esther Joy uses sounds to come face to face with the darkness that accompanied her for so many years.

Esther Joy’s story doesn’t start with your usual “I always knew I wanted to be an artist” spiel.  Quite the opposite, really – the London-based musician never felt like she fit into the “scene” back in school, didn’t come from a musical background and, at the age of fifteen, hadn’t ever considered that she was good enough to actually go ahead do it  – to make music beyond the raps she had been creating for fun using a looping machine software in her computer.

However, the world had other plans. Today, 11 years later, she is based in London, dedicated heart and soul to creating haunting electronic tracks with heavy synths and eerie, overlapped vocals that abound with raw emotion. However, Esther’s path to where she is today has been very far from easy.

After what she describes as an “awkward time” in school, Esther didn’t go to university – she felt lost, sad and unsure of where to go next. So, she moved to London, and got a job in music supervision, occasionally picking up her guitar. Still, the whole arrangement helped nothing with her feelings of unhappiness  – and it wasn’t long before she started to self-destruct.

“My friends were like ‘what the fuck are you doing, you’re ruining your life’,” she tells me over the phone. “and I just said ‘I wrote this song’ – a little emo song. I played it to my friend and he said ‘this is what you’re meant to be doing, this is why you’re not happy. This is what you’re supposed to do.’”

Everything culminated when Esther ended up losing her job – she moved back home, away from the capital, still dealing with a lot of sadness, and went to rehab. It was at that moment, she tells me, that music became the most important thing in her world.

“It was – is – literally the only wholesome thing that made me feel good.” Esther says point-blank. “There’s nothing bad in it. I struggled so much with feeling trapped in time, feeling like time was just going so slowly, and I was just so anxious all the time. The only thing that put me in a normal timezone – that showed time was actually passing was doing music.”

“If you think about a song, I’d spend the whole day writing, working on it and when I’d put it down – I have an mp3 there. It’s made. There’s something so powerful about creating something and having it there. Even if you don’t use it for anything and it just sucks…Every time you’re doing it you’re getting better, and you have these pockets of magic you’ve made.” 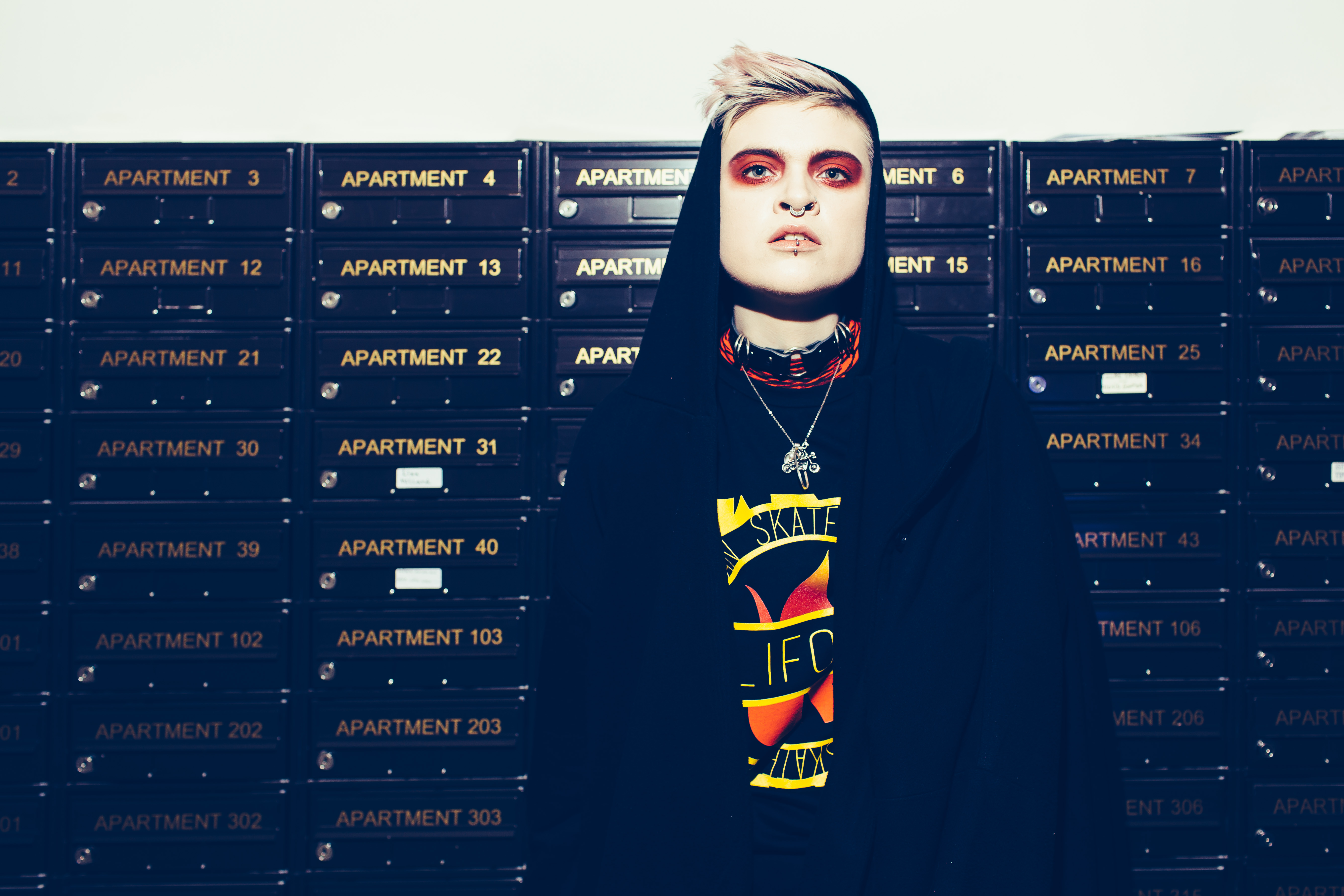 “Creation is such an amazing thing. Something wasn’t there and now it is – and if it was made at any other moment of the day, it would’ve turned out differently. It’s so magical. Music has always been really important to me – I always say that I never know how I feel until I put a song on.”

Her latest LP – Psychic Tears – is nothing if not a representation of exactly how emotionally honest and therapeutic music is for Esther. The first single, Samgel, is named after a dark presence that the singer felt during much of her early twenties. It is almost like a being – a clear embodiment of this negativity, separated from the everyday Esther.

As a musician, Esther is entirely self-taught and DIY, writing, producing and releasing everything herself. Considering her initial worries about not having a musical background and her feelings of self-doubt, I ask what helped her push forward and create – not allow the doubt stop her.

“In the beginning, I wanted someone to come along and take it away from me, and say ‘I’m going to produce your record!’ or a band would come along and be like ‘hey let’s make a band!’ but that never happened. I wanted it so badly – but if things hadn’t happened the way they did, I wouldn’t have learned to pick myself back up again after disappointments, from things not working out. I wouldn’t have learned to be like ‘fuck it, I’ll do it myself’.”

That is not to say she doesn’t want to collaborate with other people – rather that she learned her way independently, by making mistakes, appreciating imperfections and putting herself out there, something she was inspired to do by Grimes, and encourages other budding musicians to do as well – take the leap forward.

“There are pros and cons to being DIY – it is hard and it is going to be something that sometimes people will just switch off because it doesn’t sound a certain way, but I hope there will be people who can connect with it because it’s not perfect.”

“Just being given the space for it not to be perfect, and to keep going – if I look back on my first track that I put on Soundcloud, in comparison to who I am now… it’s technically awful. But it still somehow resonated with a few people, and they still really liked it. If you get shut down at the first hurdle you’re never going to develop – the issue is now as well, there are so much fewer deals for artists, space, time and money to develop. So you just have to go in there, put it out there, and go in. Let yourself not be perfect – you’ll improve so much more.”

Psychic Tears by Esther Joy will be out on the 11th of August. Learn more through her website.

Linkedin
RELATED ARTICLES
OTHER ARTICLES
Birdy Chu reflects on documenting the historic moment in which the territory was formally passed back from the UK to China.
In his 2008 series, the photographer pictured himself as Angela Davis, Martin Luther King Jr., Malcolm X, and other prominent figures.
By turning a real-life crisis into daytime television fodder, TV bosses have once again shown themselves to be completely out of touch with audiences.
Sean Maung’s photos are a love letter to the Black and brown communities that make up New York.
Financial turmoil is pushing people who work in the sex industry into more dangerous and desperate situations as a means of survival.
The workforce is now gearing up for industrial action after receiving a measly pay rise, reports Ella Glover.