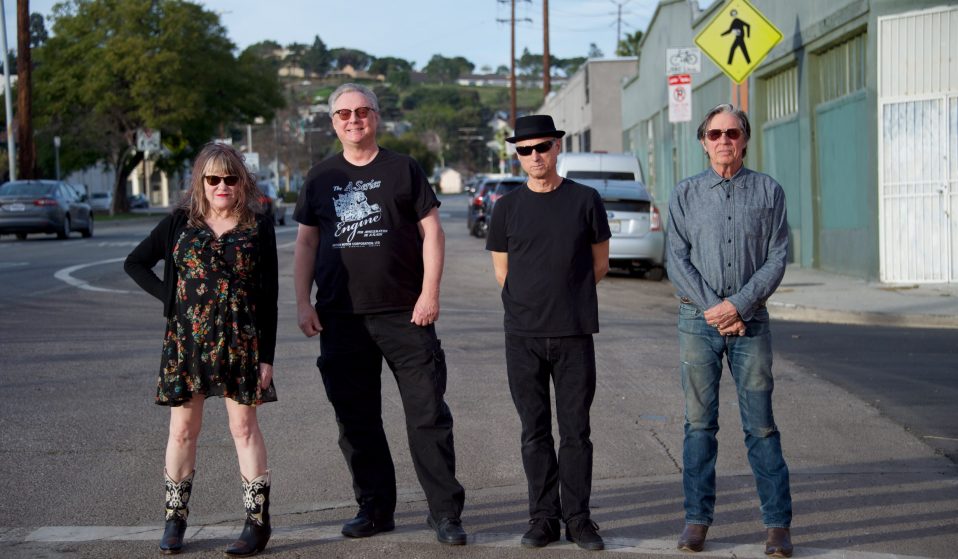 The seminal frontwoman looks back on a life spent at the forefront of subculture – a journey in which the lows have been just as valuable as the highs.

The seminal frontwoman looks back on a life spent at the forefront of subculture – a journey in which the lows have been just as valuable as the highs.

“The word I’ve seen most about me is ‘intimidating’”, says Exene Cervenka, complaining over the phone from her house in Orange County, California. “That’s a horrible thing to be! Who wants to be intimidating? Not me…”

In conversation, Cervenka – lead singer of seminal L.A. punk band X – is less terrifying than some have supposed, though her CV is certainly formidable. X were at the epicentre of the new wave punk explosion in the Californian city in the late ’70s: the four-piece took a lead role in Penelope Spheeris’ legendary 1980 documentary The Decline of Western Civilisation alongside hardcore bands like Black Flag.

Exene has worked as an exhibiting artist for nearly 20 years. She’s also a poet and has done extensive spoken word tours alone, as well as with artists such as Professor Griff (formerly of Public Enemy), the late, unofficial poet laureate of Los Angeles Wanda Coleman, and no wave hellraiser Lydia Lunch – who she’s also written several books with. Other collaborative works as a writer include non-fiction essays in collections alongside Henry Rollins and her ex-husband Viggo Mortensen.

X released their acclaimed debut album Los Angeles in 1980, which was produced by the Doors keyboard player Ray Manzarek. They’ve brought out another six since then, though the latest comes 27 years after the last one. It’s been worth the wait – featuring the classic lineup of Cervenka, John Doe, Billy Zoom and D.J. Bonebreak, Alphabetland is a supercharged punk pop masterclass and a worthy addition to the discography. “We have a great loyal audience who deserved a new record,” says Exene.

To mark the album’s digital release, Exene looks back on the things she’s learned leading up to now.

Do whatever you want

I grew up in Illinois, out in the sticks. Then I moved to Florida when I was 13 or 14 and I moved to California when I was 20. I had a friend there, I didn’t have anywhere else to go, I just had to get out of Florida so I came to California – it was the first time I’d lived in a big city. I sold a 1950 Cadillac for $300, beautiful, low milage… It’s worth about $50,000 now but I think I made that money back! You can still do anything you want if you have freedom. Freedom has always been the ‘enemy’, and that’s why so many people live under terrible conditions. Once you lose your freedom, you do not get it back. But I’m in a position where I do have those choices. I’m going to fight for it and hang onto it for as long as I can.

The cream will rise to the top

The LA punk scene was a joke to the English, particularly the media. It was associated with The Knack, The Motels and even to some extent The Police, who made it big in LA first. In the early days we were asked if we had swimming pools or came from rich families and of course nothing could be further from the truth. We also had a strongly irreverent, silly sense of humour which went through everything we did, whereas New York had that new wave seriousness – whether it was Lydia Lunch or Television. New York and San Franscisco were considered dark and serious and imporant whereas we were seen as a bunch of stupid kids that were moshing around and didn’t know what we were doing.

But I think X upended that concept. Los Angeles was full of talented songwriters, from the hardcore scene to the Go-Gos. It’s okay that it’s taken a long time for people to realise how important that scene was because history is full of great stuff that wasn’t discovered right away or appreciated at the time. In fact, if you were appreciated in your own time, then maybe you were doing something wrong! 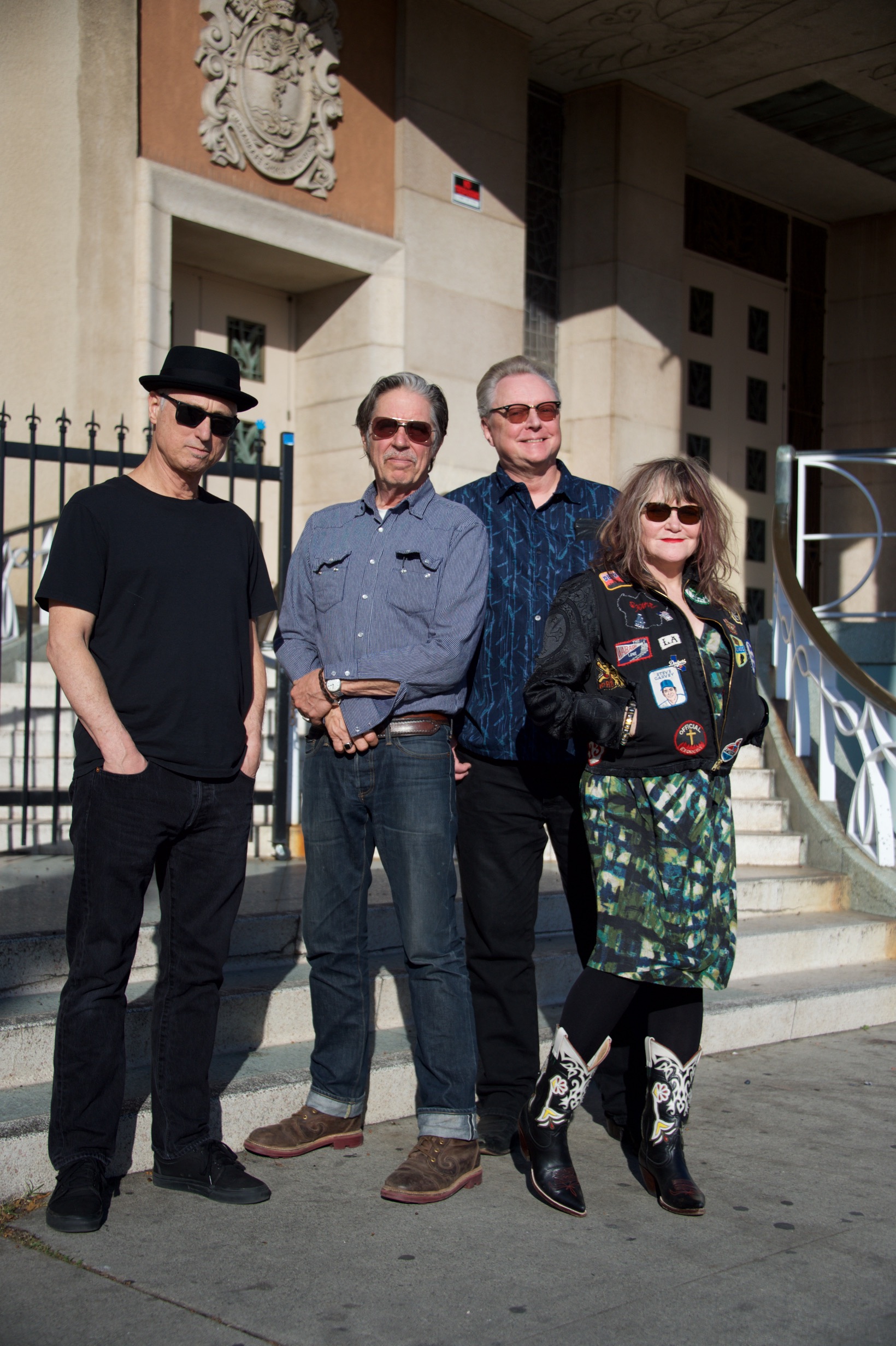 Remember: there’s no such as thing as a free lunch

My friend Lydia Lunch is someone who decided very early in life that she was going to go out into the world and tear it to pieces. Just do whatever she wanted, be more shocking and daring and more open-minded and belligerent than anyone had ever been. She took that and did it. She can be very controversial, but she can also be very considerate and caring and she’s helped a lot of people who were in trouble. She’s a very giving, mentoring kind of woman, you know? I have a lot of respect for that.

I’ll tell you a Lydia story. There was a guy interviewing me and I could tell he was nervous but I didn’t know why. He said, ‘I know you’re touring with Lydia. I had an interview with her and she was at this hotel and I called her. And she said to come up to her hotel room and she was totally naked. We sat and did the interview like nothing was wrong. And afterwards she thanked me for the interview and I left’. And I thought, who could do that? Maybe that’s mean to the poor guy, she didn’t want to do anything with him, she was just thinking, ‘what’s the next totally outrageous thing I can do?’ She’s had a fun life and maybe that’s what all this is about. Just be yourself. Do whatever you feel like doing!

The Decline of Western Civilisation was a very one-sided depiction. A lot of us were very shocked when we saw that movie. It’s Penelope [Spheeris]’s movie, it’s what she focused on. It wasn’t painted as an intelligent artistic scene, it was more a violent, silly, crazy, wanton, hedonistic scene, which it certainly had elements of. But it was a really big, all-encompassing artistic situation we were all in. Maybe you can’t show that in an hour and a half.

I didn’t like it, and then as time went on I really didn’t like it, because I was expected to live it. Everyone expected us to be like Black Flag, or be violent, and some people thought I was someone in the movie that I wasn’t. But in a way I’m very happy she made that movie now because it certainly has changed a lot of people’s lives. Once you see that movie, you can make of it what you want, and you might think, ‘I want to be in this movie, I want to be in a band…’ It doesn’t mean you want to imitate us, but there’s this moment where everyone’s free as fuck, they can do anything they wanted, and we did.

Once you make a decision, most of the time you just keep going. Being in a band, you can’t just suddenly decide to go to medical school. If somebody dies then you either go forward or you become drug dependent. When [my sister was killed in an accident] I wasn’t thinking. We went on stage the night she was killed and I think that reflects how strong a band, how strong a scene, and how strong a moment that was. That the only thing you could do was play the show at that moment.

I think it was a horrible mistake – John [Doe] or someone could have come out and said ‘there’s been a death of a friend and we feel like we can’t play tonight but please hang onto your $5 tickets, we’ll come back next week and play’. I think it was a mistake now but my life is full of so many mistakes. What the fuck, you know? You don’t know in the moment what’s the best course of action. We’re just doing the best we can, right?

Alphabetland is out now on digital streaming platforms via Fat Possum. Physical release will take place later in the year.

Linkedin
RELATED ARTICLES
OTHER ARTICLES
Rogue landlords are exploiting young and inexperienced renters and leaving them in mental and financial turmoil, reports Niall Hignett.
Yesterday thousands gathered outside Buckingham Palace after news of the Queen’s death broke.
The idea that a younger generation is abandoning work has become a popular narrative online, but it doesn’t necessarily reflect reality.
As the Scottish government announces a rent freeze, an activist with Living Rent who fought and won shares how they did it, and what must come next.
Financial turmoil is pushing people who work in the sex industry into more dangerous and desperate situations as a means of survival.
By turning a real-life crisis into daytime television fodder, TV bosses have once again shown themselves to be completely out of touch with audiences.