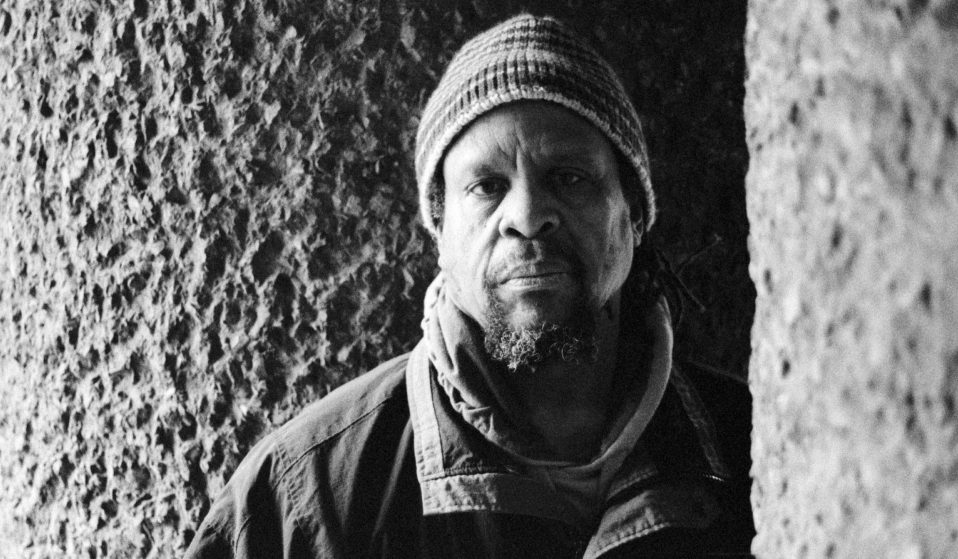 The Trinidadian artist has long used his instrument as a tool to fight oppression. His new album is the latest instalment in a life defined by resistance.

The Trinidadian artist, who has been living in Britain since the ’70s, has long used his instrument as a tool to fight oppression. His new album is the latest instalment in a life defined by resistance.

For many in Britain, perceptions of the steelpan are closely associated with carnival, though historically it was an instrument borne out of resistance.

Trinidadian pan legend Fimber Bravo recounts its origins on his ebullient protest track ‘Can’t Control Me’, starting with the banning of the playing of oil drums in the 19th century by the British colonial oppressors, then the outlawing of the precursor to the steelpan – the percussive tamboo bamboo – in 1934. Players of the pan – a chromatically-pitched percussion drum – were imprisoned by colonial police in the 1950s, but the steelpan persisted. It’s joyous and defiant din became the sound of the Black Power Revolution in Trinidad and Tobago in the late ’60s which Bravo was a part of.

“‘Can’t Control Me’ has a lot of meaning,” says Bravo, on the phone from his home in Tooting, London, noting the resonance it has particularly with the Black Lives Matter movement right now. “I think somebody will come to that song – not now but later on ≠ and they’ll use it in some way.”

Bravo moved to the UK in 1971 with the 20th Century Steel Band, who tasted fame briefly in 1975 as finalists on the TV talent show New Faces, competing against the eventual winner, Marti Caine, and a 16-year-old standup comedian from Dudley called Lenny Henry. The band broke up soon after that experience following an extensive tour of Europe and Africa, though the conscious lyrical intro from the band’s ‘Heaven and Hell is on Earth’ was later sampled by Grandmaster Flash and then J-Lo on ‘Jenny From The Block’, giving it an afterlife most reality show participants can only dream of.

After leaving the band, Bravo took up with Steel ‘n’ Skin, a community-based arts project in Kilburn that fused music from Africa and the West Indies, further pushing the boundaries of what was possible with the steelpan. “I was working with underprivileged people in villages who couldn’t afford to go to shows. We’d do workshops of African drumming and dancing and African cooking, bringing Black culture back to the youth.”

Bravo has continued to innovate. His superb new album Lunar Tredd is his second with Moshi Moshi, featuring regular collaborators such as Zongamin and Hot Chip’s Alexis Taylor. Another collaborator he goes way back with is the kora player, Kadialy Kouyate, whom he recorded a musical conversation, Small Talk, with in 2004. I mention that I can’t find this album anywhere when I speak to Bravo over the telephone, and quick as a heartbeat, he offers to send it to me, especially after learning it happens to be my birthday when we talk. A few days later, my present arrives in the post, and sure enough it’s a wonderful piece of work that deserves to be heard far and wide – whether you’re celebrating an anniversary or not 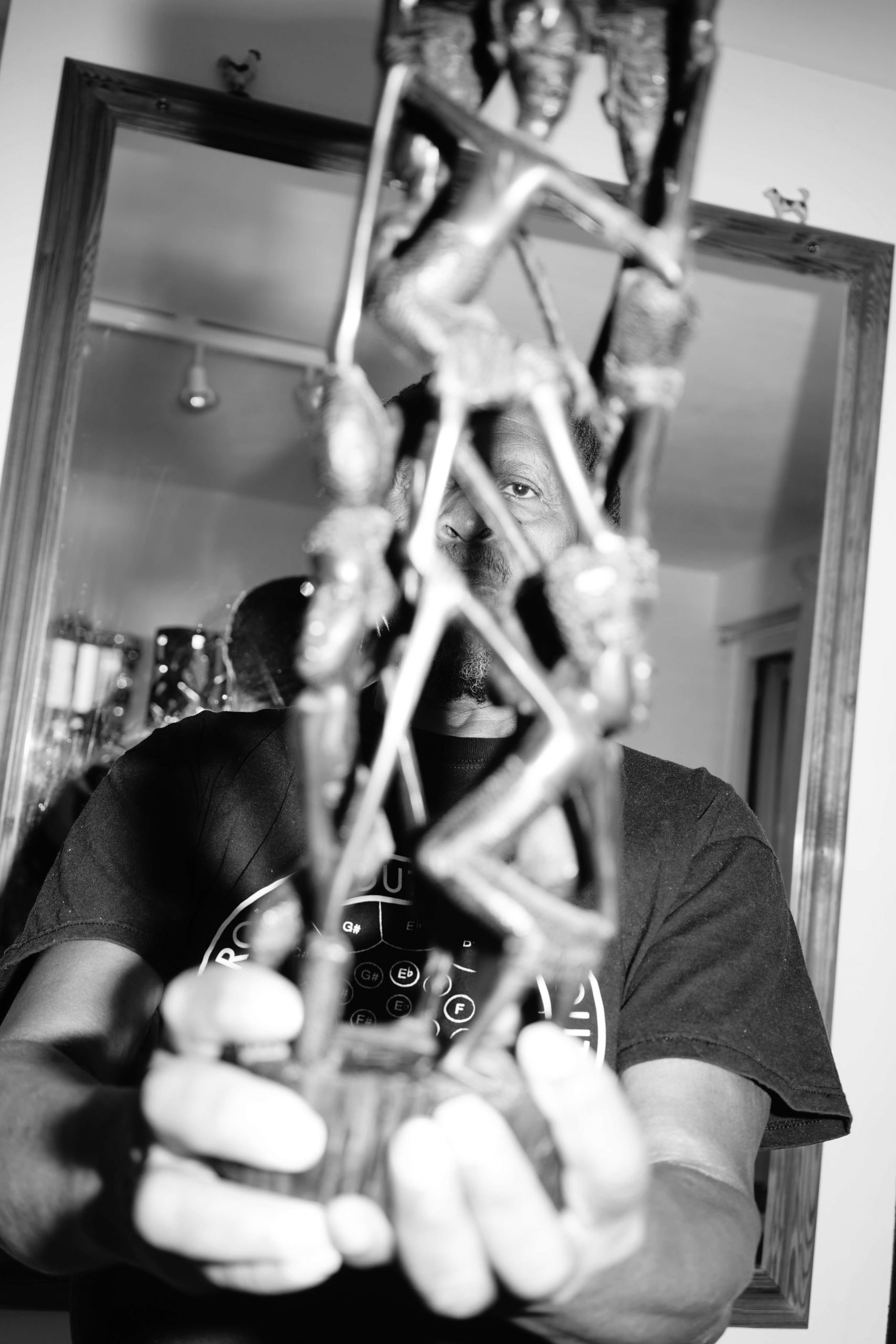 Partly thanks to your own sterling work, do you think perceptions of the steelpan are changing in this country?
People think it’s this exotic instrument but I try to break away from that. What makes it so different is where it’s from, that’s all. People might look at the African kora in the same way because it’s not European, but it’s such an amazing instrument. The steelpan is a normal instrument – it’s ignorant to think about it in any other light. But people see western instruments as the right ones.

It’s fair to say you’ve been stretching the limits of what it can do in terms of the music you make though?
Living in England, there are so many genres and so many different instruments you can link up with: the kora, the African drums, or playing with Alexis Taylor doing electronic synth stuff. I like that idea because it adds something new to the music, and it adds something new to the steelpan also.

And didn’t you play with the Sun Ra Arkestra once?
That was some experience I tell you! My friend Kenny asked me to go for a coffee on a Tuesday night, and he knows those guys because he’d worked with Cafe OTO. This was 2010 when the volcano erupted in Iceland. Anyway, I always have my pan in the car, and so Kenny says to one of them, ‘He’s one of the best steelpan players around.’ They said, ‘Could we have him?’ Well I stayed and watched them play on the Tuesday night and they were a really great playing band I’m telling you, but I didn’t feel right. But then the volcano went off and they couldn’t leave the country! So they stayed for another two nights which sold out in no time at all and then I had to play [laughs]. It was one of my highlights to be honest, because those guys are high players!

You were involved in the Black Power movement in Trinidad in the late ’60s weren’t you?
Yeah, we’d become independent, but what was the point of signing a declaration for the Trinidadian people if it was only to protect the interests of the whites? Independence should have been about equality but it wasn’t. Everything was there for the white British, they had all the advantage for everything they needed. But there’s a colonialist state of mind that was hard to shake. Same thing with the steelpan! My band was the best in the classical field, we were the best steel band in general, but after a while we were just playing festivals and rehearsing four or five nights a week. And you think of all that energy we put in and we weren’t even doing our own thing.

Why were you playing classical music?
They realised they couldn’t stop the steelpan so they said, see if you can prove you can play European classical music – Tchaikovsky, Mozart or whoever. Because try to remember, living in the Caribbean, there was always brainwashing with everything geared to the British type of education. So we’d see the steel band itself as the instrument. And that’s the story of the steelpan right now. I’m on the outside of that, composing my own music, and I hope they hear what I’m doing and try and break away. The reggae artist write his own songs! The jazz band write their own songs! The steel band play everyone’s songs but their own. I’m glad I’m doing what I’m doing.

You came to Britain, and then you made the final of the talent show New Faces in 75. How was that?
It was at the London Palladium and we knew Marti Caine would win. The road manager of the tour went to Trinidad and he saw Lord Shorty singing ‘Endless Vibrations’ and it knocked him cold. He decided he’d like us to do it in the final but my personal choice was Johan Stauss II’ Voices of Spring [laughs]. Because, look, it’s not going to be us guys. We were singing and playing live, you’d never seen that in the history of the steel band, and suddenly we’re in a big final in London with 16 million people watching. All that is part of a learning curve.

I watched White Riot the other night about Rock Against Racism. Between the National Front and the police, the 70s must have been hellish terrain for a young Black man.
Did you watch [the historical drama] Mangrove? Brillant! It was so amazing. I’m glad [director] Steve McQueen stayed over here rather than go to America. That was the first time Black people stood up to, and beat, the system! It was incredible that they represented themselves in court against the police. Things haven’t changed that much to be honest with you. We’re still fighting against the police in the same way. Racism is institutionalised, in all walks of life. It’s in the hearts of man.

How have things changed in the 50 years you’ve been in Britain?
They haven’t changed much. You can vote for the Labour Party and then the Labour Party comes into power and Black people are still struggling. At the end of the day, for some reason, they can’t open their mind and say let’s be equal because they don’t see it. They talk about social justice but they don’t live it. 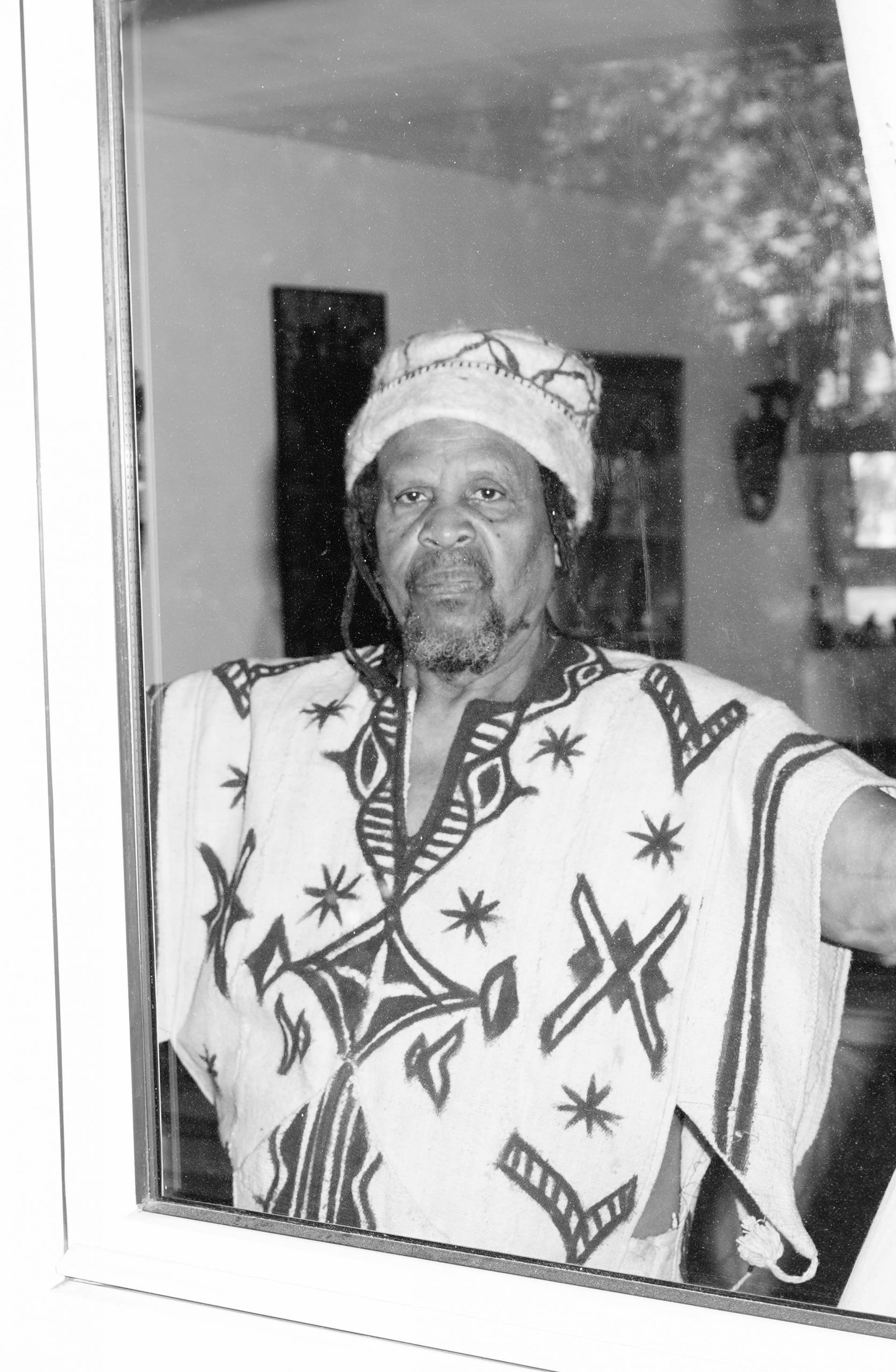 Lunar Tredd is out now on Moshi Moshi.

Linkedin
RELATED ARTICLES
OTHER ARTICLES
In the last of our dispatches from OFFF Barcelona, Rufus Deuchler and Vincent Gault discuss the future of creative process.
In the latest OFFF Dispatch, the enigmatic designer dives into his process, connecting the dots between his unique and varied creative output.
From the Yakuza to a biker gang, Bruce Gilden recounts capturing Tokyo and Osaka in the ‘90s.
Our new magazine is here, starring the inimitable Mitski. Order your copy now and join us on a trip around the world.
The revered showbiz chronicler recalls his journalistic beginnings, documenting subcultural scraps in the ’80s.
The government is scrapping the Human Rights Act in a move that will hit marginalised people hardest.