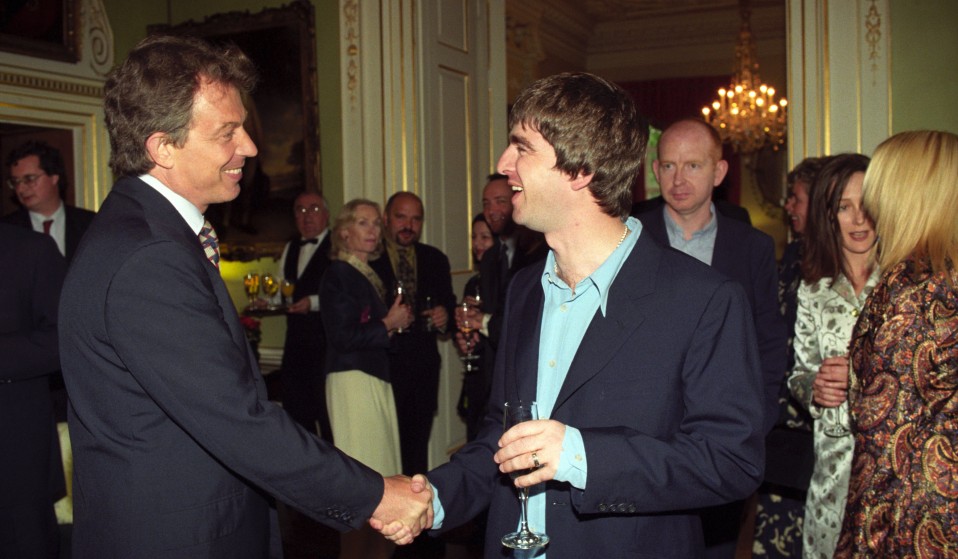 It was an year of hope, change and possibility that ultimately led to nothing. Looking back at the pop music of 1997 it's just so obvious now.

It was an year of hope, change and possibility that ultimately led to nothing. Looking back at the pop music of 1997 it's just so obvious now.

It’s the twentieth anniversary of a year that still defines the United Kingdom, even if many of us wish this just wasn’t the case. For anyone who trusted the media and politicians back in that fateful year – 1997 – it was an era of intense optimism and wide-eyed expectation.

Tony Blair and Gordon Brown were busy rebranding Britain as a young, fair and tolerant country. We were soon to have a modernised monarchy, after the controversy following Diana’s death. On the cards was the prospect of an open, multicultural society rid of the racism we’d never started to deal with, after the Stephen Lawrence campaign finally got the white public’s attention.

Britpop, Brit Art and the Spice Girls were everywhere, evidence of a cultural renaissance, one that supposedly showed that the UK was becoming progressive and liberated forevermore.

The year was 1997, and the possibilities were endless, so they said.

The last ten years have demonstrated this was all bullshit, a misguided binge of optimism fuelled by Hooper’s Hooch. But if we’d looked a bit more closely at what was going on back then, we might have heard the alarm bells. New Labour were deregulating the banks while making small concessions to marginalised groups. The culture around them was suddenly full of faux-progressive fluff, with shareholders racking up big profits from ‘edgy’ art and music that was never too confrontational.

Pop music was, and is, the place where commerce and mainstream consumer desire meet cutting edge creativity, where the patterns of change in a society appear as catchy songs and eye-popping videos. These five singles tell us most about what was happening in British society back in ’97, and how that led us to the place we are today.

D’YOU KNOW WHAT I MEAN? – OASIS

A Britpop embodied a very New Labour promise – that mass culture was going to be less Americanised, becoming a reflection of the ordinary, grassroots British experience, with a dash of nationalism for good measure.

But however great the lyric ‘All my people, right here right now’ is for a singalong, it lacks the thrilling sense of revolt that earlier Oasis records had lobbed at an unsuspecting Britain. And that was the problem with this era: the emptiness of its idealism. People queued all night for Be Here Now, the LP this song comes from, and it hit the headlines and the TV news in a way that only a few records every decade do. But it’s a lolloping, coke-addled beast of an album, layered with too many guitar tracks.

By 1997, the cheeky, critical experiment of Britpop had transformed into an unchallenging orthodoxy.

By ’97, Oasis were symbolic of how both pop and politics in Britain had already been degraded. And when Aqua suddenly appeared, it indicated how much worse things were going to get. How irony was going to become the filter through which we had to consume all pop culture. Aqua were a joke, but because the band’s members were clearly in on it, you could be a hipster, or whatever hipsters were called in the late-90s, and still love this tune in a way that you couldn’t have with the Rednex’ ‘Cotton Eye Joe’ or some other bit of throw-away chart-filler.

It’s here that the ironic attitude to culture which allows us to enjoy facile, or even immoral, things and still insist on our own seriousness and rectitude was born. That’s why, today, art world A-listers Marina Abramović and Robert Wilson are mentoring Lady Gaga, and it’s why not one, but two, Latin-spouting cartoon characters are serious contenders to be the next prime minister. Thanks, Aqua.

To be fair though, 1997 wasn’t all bad. Garage went mainstream, clearing the way for grime, and technically that was all thanks to Armand Van Helden’s remix of ‘Spin Spin Sugar’, which took speed garage to the masses.

But that song is dry. So instead you should listen to ‘Never Gonna Let You Go’, which appeared a few months later, at the end of that year’s boiling summer.

Its jittery 2-step beat reimagined what garage music could be, and it had one of those don’t-care-that-I-only-know-the-chorus lyrics that goes down well at 2am.

In a few years, UK garage would be huge, and Shanks & Bigfoot, Artful Dodger and Craig David were no longer just on Kiss FM, they were on Radio One and Capital too. And soon, Dizzee Rascal, Stormzy, JME and the rest emerged, though it’s taken a long time for grime to conquer the charts.

There has always been an undercurrent of clever, sexy, and sometimes angry music in British pop, a lot of it coming from black communities, and it survives despite being surrounded by crap. Also, #grime4corbyn is objectively better than Noel Gallagher going to Downing Street soirées, right?

AROUND THE WORLD – DAFT PUNK

If there’s anything that makes me feel hopeless about how mainstream pop culture has plateaued in the last few decades, it’s the incredible video that Michel Gondry made for this song. It’s a sign of all the great progress that was promised, and a reminder of how little has actually changed.

It features several teams of costumed dancers, each group moving in time to a different musical part: ancient Egyptian mummies throw disco shapes to the drum beat, and a line of antennaed robots march along to the auto-tuned vocal track. Although it’s goofy and fun, its confident, formal simplicity is equal to that of a brutalist skyscraper. Daft Punk’s synths – silly, memorable and slightly ugly – were so prescient that they now sound anachronistic.

That’s because, when you think of all the EDM bilge we get fed today, it’s hard to imagine that Daft Punk were making music this modern twenty years ago. They were a vision of the future that stalled.

WHO DO YOU THINK YOU ARE – SPICE GIRLS

This song (which is seriously underrated) really reflects the dynamic that dominated British pop culture in the late ‘90s. Radical ideas and people were moving with shocking speed from the margins into the centre of the mainstream, and when they got there, they were watered down and ruthlessly exploited. So, this was a hyper-commercial kiddy pop group who were about to become the biggest band in the world, but they were being marketed with slogans nabbed from second wave feminism.

And this song, in turn, gave voice to ‘post-feminism’ with brazen Thatcherite confidence (the song starts with Geri warning: ‘The race is on to get out of the bottom…’). It’s an attitude expressed by the defining image of the Spice Girls: Haliwell at the ’97 Brit Awards, clad in a Union Jack mini dress, one hand pointing nonchalantly in the air and the other dug into her hip.

She’s looking out into the dark auditorium, her stare hesitant, bemused and ruthless. A fitting tribute to life in 2017, don’t you think?

Richard Power Sayeed’s history of Britain in 1997, The Future That Never Happened, will be published by Zed Books on 15 October.

Linkedin
RELATED ARTICLES
OTHER ARTICLES
Social prescribing connects people with non-medical support to improve their health and wellbeing – but some experts worry it’s just a stick plaster solution.
The action took place in response to the 200 asylum-seeking children who were placed in hotels run by the Home Office who have gone missing.
Theo McInnes’s photos of the annual event provide an intriguing snapshot of contemporary Britain.
Photographer Becky Tyrell went down to the fading banger and stock raceway to meet a community desperate to keep it alive.
AI companies that develop image-generators using copyrighted artwork from the internet are coming under fire from artists who say that it amounts to theft.
A new law change is enabling Britain’s donor-conceived children to know the truth about their origins – but campaigners say the fertility industry must do more to protect people.