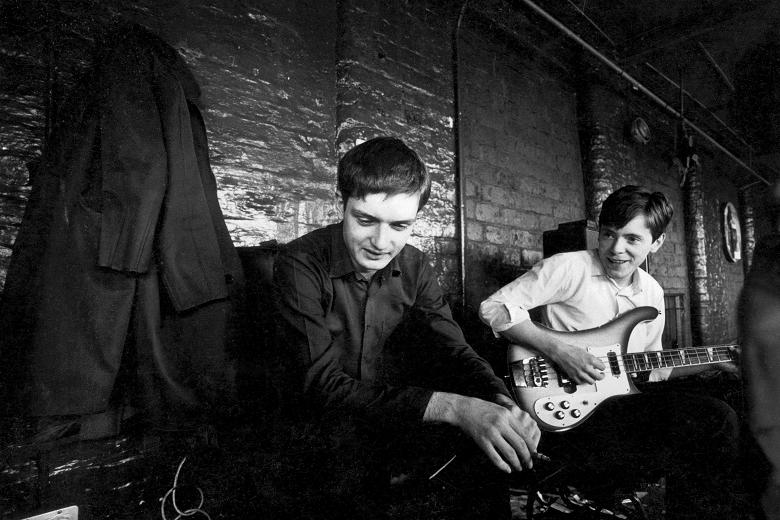 Former Joy Division member Peter Hook plays every song they ever made in a church in Macclesfield and we curate a list of ways to remember the frontman of one of the most influential bands of all time.

Former Joy Division member Peter Hook plays every song they ever made in a church in Macclesfield and we curate a list of ways to remember the frontman of one of the most influential bands of all time.

At the time of his death (aged just twenty-three), the band were on the brink of huge international success. They had released only one album, Unknown Pleasures, but were about to release another Closer and were a day away from an American tour, which would have likely seen them reach world fame (which of course they did posthumously as both Joy Division and the remaining members’ second band New Order).

To mark the 35th anniversary of Curtis’ death original member Peter Hook is playing all of Joy Division’s songs at a special benefit show in Christ Church, Macclesfield, tonight May 18. Talking on BBC Radio 4 this morning, Hook said he originally thought the band had done 35 songs, and decided to do the show based on that, but later realised there are over 40.

The show will raise funds for The Epilepsy Society and you can buy a live version of it from Abbey Road. And if you’re not lucky enough to be there, here are some other ways to remember Ian Curtis on this 35th anniversary.

Anton Corbijn‘s heartbreaking biopic shows Curtis and bandmates growing up in Macclesfield and focuses on Curtis’ struggles with his young wife Deborah and baby Natalie as well as his close relationship with journalist Annik Honoré. English actor Sam Riley puts in an amazing performance as Curtis, even singing the live scenes in the film.

The best way to remember Curtis is through his music. Curtis had seemed to his friends and bandmates, right up until his death, as stressed with his situation – his young family, hectic touring and difficult epilepsy – but not suicidal. He is remembered as laughing and joking a lot, and it was easy for those close to him to miss the signs. But listening to his lyrics retrospectively can be a harrowing experience. Speaking to the Guardian in 2007 drummer Stephen Morris said this: “This sounds awful but it was only after Ian died that we sat down and listened to the lyrics. You’d find yourself thinking, ‘Oh my God, I missed this one’. Because I’d look at Ian’s lyrics and think how clever he was putting himself in the position of someone else. I never believed he was writing about himself. Looking back, how could I have been so bleedin’ stupid? Of course, he was writing about himself. But I didn’t go in and grab him and ask, ‘What’s up?’ I have to live with that.”

Joy Division appeared on TV just once, in what is now a legendary live session, but there are a few more videos of live Joy Division performances on YouTube and the official videos for ‘Love Will Tear Us Apart’, featuring Curtis, and ‘Atmosphere’, made posthumously by Anton Corbijn who had shot photographs of the band previously, are a good extension of the band’s dark, post-punk aesthetic.

So This Is Permanence

This beautiful book of Curtis’ handwritten lyrics and pages from his journals is edited by the brilliant Jon Savage and Curtis’ widow Deborah. It’s an intensely personal insight into how Curtis thought and worked. 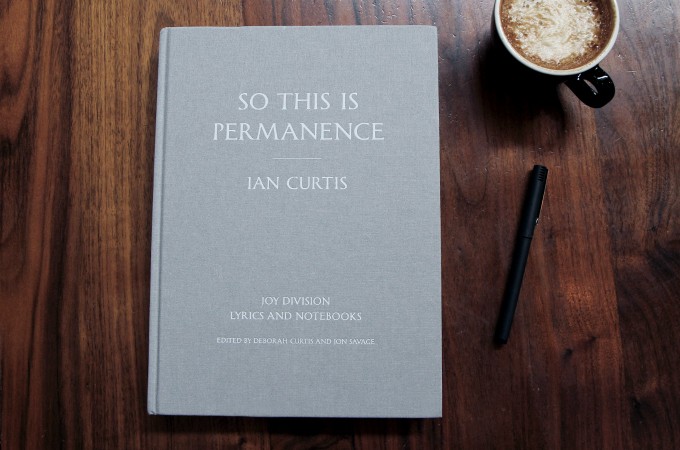 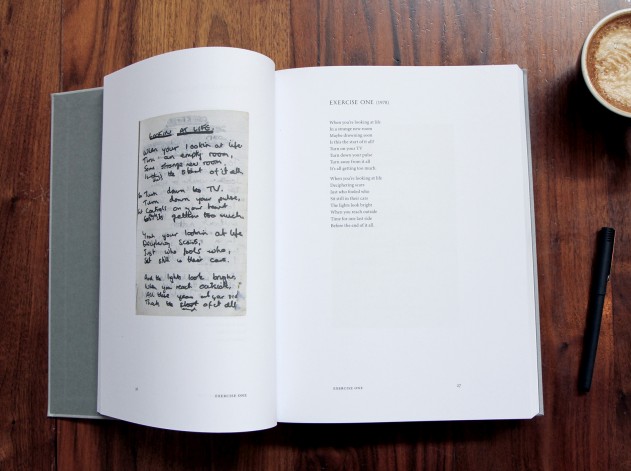 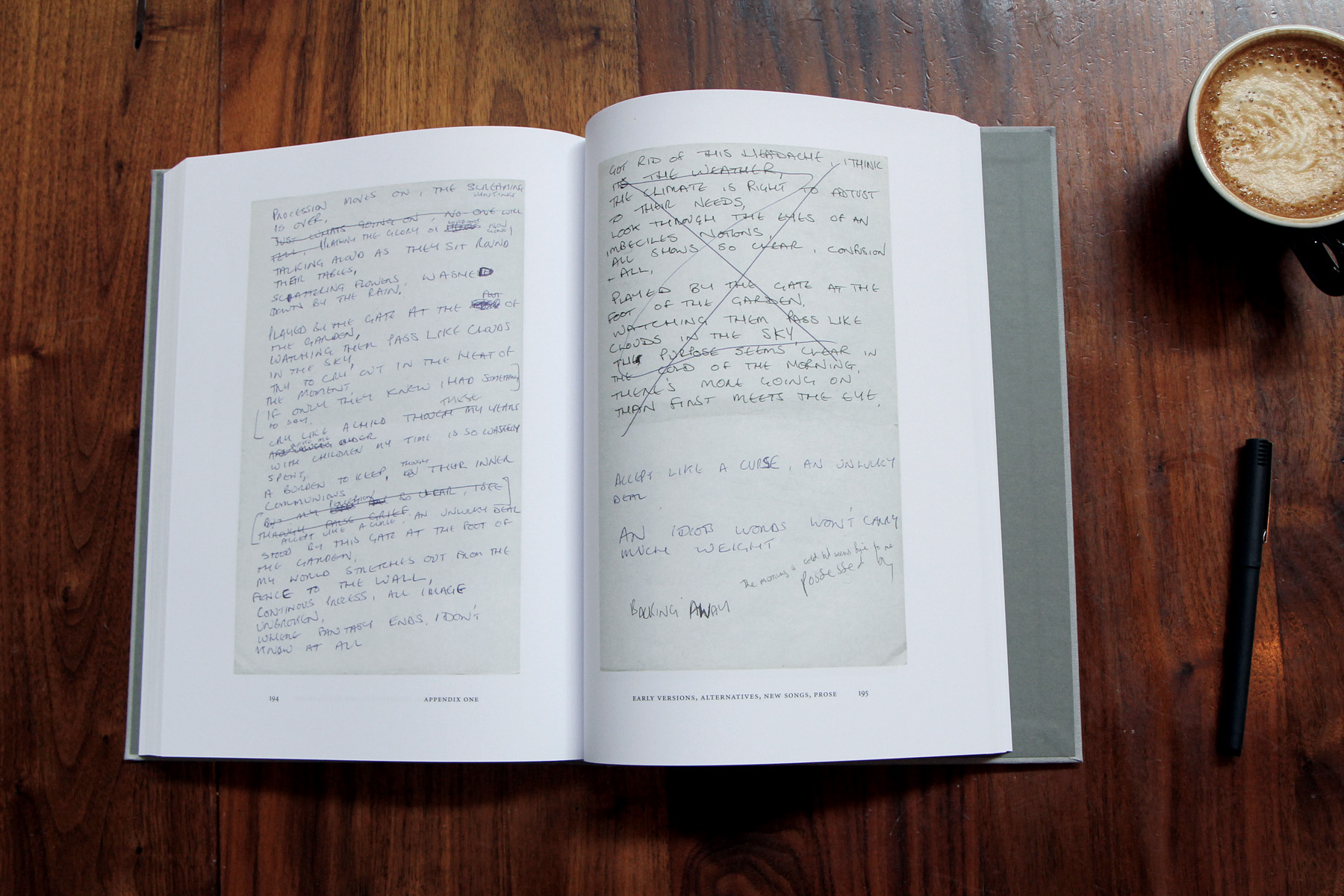 24 Hour Party People is a great, funny film that provides Manchester music scene context to the Joy Division story – from the Sex Pistols’ iconic Free Trade Hall gig to the bands that were formed in the aftermath and the advent of rave culture in the ’90s. It helps situate their unique sound in a world of jarring influences and reminds us of the fun and energy at the heart of their brief existence.

Linkedin
RELATED ARTICLES
OTHER ARTICLES
The Buzzcocks guitarist reflects on the group’s indelible legacy: ‘I joined a punk band and was sniffing speed. The world fucking changed’
Former Sonic Youth frontman Thurston Moore found craziness and creativity, but most importantly community, when he arrived in New York City at the height of punk.
After being diagnosed with terminal cancer last year, Britain’s most notorious drug smuggler Howard Marks made a rare appearance at the Lost Lectures to talk about his former life and battle for cannabis legalisation.
Manchester’s annual design festival explores sneaker heritage.