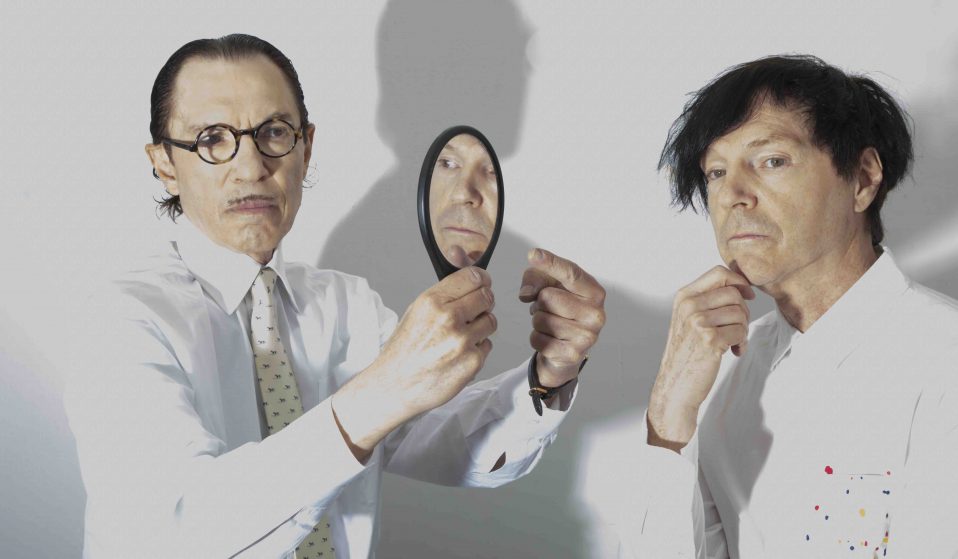 Five decades into their career the best may still be ahead of them.

With two albums and two film projects on the way, the Mael Brothers are proving that five decades into their careers the best may still be ahead of them.

There may never be a better time to be alive if you’re a Sparks fan. Not only are they just about to release a greatest hits package (Past Tense: The Best of Sparks) and re-release 1994’s Gratuitous Sax and Senseless Violins with 30 extra tracks, but there’s also a new album and tour planned for 2020, as well as a documentary with Baby Driver director Edgar Wright. And if that isn’t enough, then their upcoming musical Annette, a big-budget Hollywood movie starring Adam Driver and Marion Cotillard with French director Leos Carax at the helm, is in production too. Ron and Russell Mael are pinching themselves by the poolside on location in Brussels when we speak on the phone.

It’s difficult to comprehensively summarise a career that has spanned half a century and 24 albums. Sparks started making music as Halfnelson in their native Los Angeles in the late ’60s, recording with early rock ‘n’ roll patron Todd Rungden to little fanfare. In the ’70s, the Mael brothers changed their band name and crossed the Atlantic, becoming pop stars in Britain at the height of glam rock, reaching no.2 in the UK charts with the otherworldly and magnificent “This Town Ain’t Big Enough For The Both Of Us” in 1974. A fruitful period with Island Records was superseded by a successful electronic reinvention at the end of the ’70s with Giorgio Moroder. A period of pop stardom followed in France in the early ’80s, then back home in the US when they returned to a more rock-orientated sound. Then finally in Germany during the ’90s, with epic hit songs like “When Do I Get To Sing ‘My Way’” (which also appears Gratuitous Sax and Senseless Violins).

During the 21st century, Sparks won over more highbrow fans on 2002’s neo-classical opus Lil’ Beethoven, and before the decade was out they’d made a daring concept album for cineastes in the shape of The Seduction of Ingmar Bergman, commissioned by Sweden’s national radio broadcaster. In 2017, Sparks’ went pop again on Hippopotamus, which gave them their first UK top ten album since 1974. The band have since been enjoying a renaissance in popularity (not that their output has ever waned creatively or artistically).

Sparks continue to make inroads into new provinces too, receiving an incredible reception when they played the Corona Capital festival in Mexico City in July. “It’s very heartwarming and very encouraging at this point in our career that there are still untapped areas for us, and that what we’re doing musically can appeal in the same sort of way to a new audience,” says singer Russell Mael. “So viva Mexico!”

Hi the Maels. How are you both?
Ron: Oh, that’s an easy one. We’ve been in Brussels now for about a week for the shooting of Annette. They started about three weeks before we got here and the footage is really unbelievable. It’s a strange process as we’re usually so enclosed, so to have other people performing something you wrote is a leap of faith, and you hope it doesn’t get screwed up. But it’s turning out really well, it looks amazing and the actors are doing an incredible job.

You’re in safe hands with Leos Carax, aren’t you?
Russell: Yes, he is amazing. This is his first film in seven years now. He chose a Sparks song for Holy Motors and that’s how we met him. We had a project which we thought would be Sparks’ next album, with a narrative piece that was called Annette. After we met him at the Cannes film festival we decided to send it to him and he responded favourably, and so here we now are seven years later and the film is being shot. He’s not one of those directors who has six or seven projects in development and goes with whichever one works out first. He liked it so much that he shoved aside any distractions during this whole time.

Why has it taken this long to get it off the ground?
Russell: It’s a huge puzzle to put together keeping everyone focused on the project while the producer tries to raise the money to be able to keep those high profile actors and the director and a really good cinematographer and secure a decent budget. Should one of the pieces of the puzzle fall out in that process then everybody is screwed. Adam Driver has been incredibly focused on this project for a couple of years now, and when he was first approached him he wasn’t quite at the height of the success he’s at now. That’s fantastic that we have the guy from the Star Wars franchise in our movie, but it’s time-consuming. In any case, he carved out a load of time over the summer. It’s 60 days of shooting and the preparation time has been lengthy as it’s a full-blown musical.

Ron: It’s one of those things where, when it isn’t happening, you’re trying to figure out how it will ever happen, and when it is happening you can’t believe it actually came together. We’ve been trying on and off to do a movie since 1989 when we worked for a short while on a project that Tim Burton was connected with. We assumed naively at the time that it was going to happen.

Is Adam Driver a good singer?
Russell: He’s really cool, yeah. Stylistically he’s really performing in the way we hoped. The original version was all my vocals on the demos, so when you hear other people doing versions there’s some trepidation because we’ve lived with these songs for seven years now. In most musicals everybody is trying to out-Broadway the next person and we’re trying to fight against that. He’s been amazing, really capturing the tone of the singing, which captures the spirit of the lead character that he has to portray.

You’ve been approached many times to make a documentary over the years and then you get Edgar Wright. Congratulations on holding out…
Ron: It was really one of those lucky things. We’ve been approached by a few people and we’ve always been hesitant. We always felt that what we do is more interesting than who we would be presented as in a documentary. But when Edgar approached us, first of all we really love him as a director, and we trust that he understands Sparks, and we really felt comfortable putting more information out there. We were concerned at one point that whoever did the documentary about us would be too attached to the particular period they’re most au fait with with Sparks, but Edgar has been great in that he covers everything in detail but that he wants to show that we have some kind of sustainability. It’s a continuous flow.

Speaking of which, is there a new record coming out?
Ron: Yes, there is actually. One advantage of over-lengthy discussions on movie musicals is it affords you a lot of time to be able to work on new material that’s more directly Sparks-related. We completed a whole album towards the beginning of last year and it probably won’t be released until the beginning of next year. We love touring and we’re really looking forward to mid-2020 when we go on tour again in support of the new album.

The Hippopotamus band were great. Have you kept the same band?
Russell: That’s the good news. We really like our band and they’re really great at playing and really spirited and they’ve really become close to us.

Gratuitous Sax and Senseless Violins sounds great now, but there are also tell-tale signs of when it was made, with touches of handbag house for instance. Throughout your career you’ve picked up on what’s around you, which would suggest that you’re big pop fans. Is that the case?
Ron: We are pop fans and we always have been. We’re really lucky because being fans of pop music in general means we can do movie musicals or long, extended narratives and come back to more traditional pop structures and do them in a way where we don’t feel we’re slumming it somehow. We really are doing it sincerely and are able to do it with passion. Our main passion has always been pop music and there’s nothing wrong with that.

It’s no coincidence that the two directors of your upcoming films are both European, is it?
Russell: No, I think there’s definitely something within our personalities that’s not typically American. French artists and directors over the years have really responded to what Sparks does, and it’s the same with Edgar and Britain too, which was the first place to embrace what we were doing in a big way. Now we’re going to be spending almost three months in Belgium and then Germany on the set of the Annette movie. Even though we’re from LA and our roots are there, we also feel very comfortable here and it’s home too. It’s a peculiar relationship we have with Europe but it’s a good one.

Linkedin
RELATED ARTICLES
OTHER ARTICLES
David 'Dee' Delgado’s photo project is about honouring and uplifting the city of his youth, and a world rapidly disappearing under the relentless onslaught of gentrification.
Filmmaker Laura Poitras discusses her new documentary which traces the remarkable life of the artist-activist and the impact of her battle against the US opioid crisis.
Following the release of his debut single, Deyaz talks battling addiction, dealing with his struggles through music, and building a budding music career from his living room.
Theo McInnes’s photos of the annual event provide an intriguing snapshot of contemporary Britain.
A new law change is enabling Britain’s donor-conceived children to know the truth about their origins – but campaigners say the fertility industry must do more to protect people.
A recent High Court ruling against the right to wild camp in Dartmoor National Park sparked the largest land protest in history – and campaigners say their fight is not over yet.