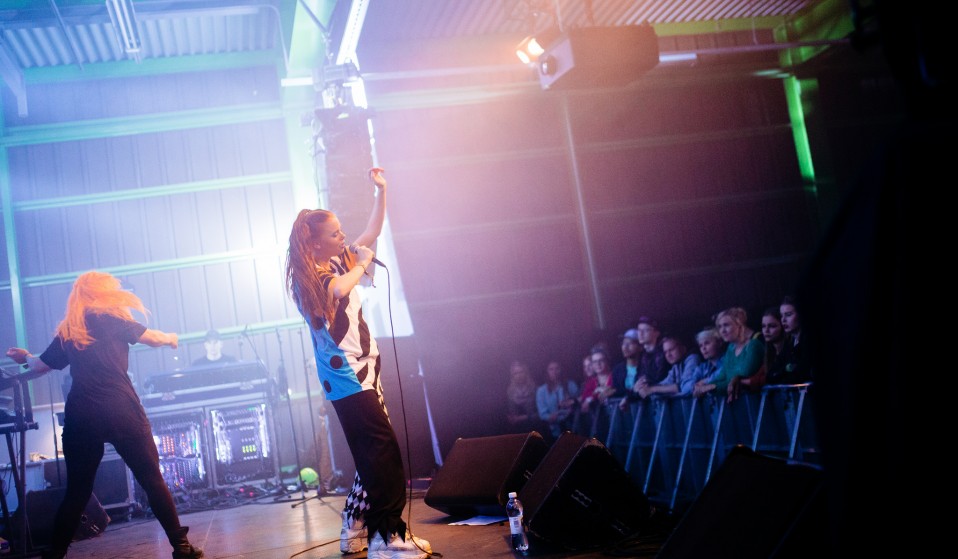 From ghostly grime beats to trippy hip-hop tunes, these are the Finnish musicians that you really should be listening to in 2016.

From ghostly grime beats to trippy hip-hop tunes, these are the Finnish musicians that you really should be listening to in 2016.

Finnish architecture, design and food I know a little about, yet inexplicably I know next to nothing about this Scandinavian country’s indigenous music scene. Probably their most famous export, Jaakko Eino Kalevi (now Berlin based) is relatively well known in Europe and increasingly so internationally, but that’s pretty much where it ends. Amidst all the arts in this vibrantly cultural country, I knew I was definitely missing a trick.

Finding myself in the environs of the spectacular Loyly sauna on the Hernesaari shore in Helsinki on the eve of Flow Festival, surrounded by some of the countries brightest and best, I thought I’d get digging. So, I took my chance to pick their brains about what genres and artists are popping off on the Finnish music scene, and who exactly I should be listening to.

In-between bouts of sweltering birch smoked darkness and a bold but entirely imprudent dip in the sea, I was told the same thing over and over. Firstly, that the domestic industry seems to be in pretty robust shape. Secondly, that hip-hop, rap and electronica continue to be the nation’s soundtrack.

Rejecting the humorous dance inflected rap of the early 90’s, Finland’s new guard are darker and infinitely more cerebral. They, alongside their many electronic siblings, see genre mixing, self-publishing and self-production as the name of the game.

Previously releasing tracks as Teeth on 502 Recordings and Ramp, Matti Pentikäinen is still something of an early career enigma. His recent album, ‘Dislocation’ was just released on self-run label Signal Life, and it’s a high-definition airless dreamscape. Tumbling tensile beats stretched to breaking point meld with the inky freeform structures of ghostly grime and trap. Originally based on a sound piece of the same name created in conjunction with Finnish visual artist Jesse Auersalo’s current exhibition in New York, this sophisticated work is a fresh, futuristic example of cross arts collaboration.

Apparently manifesting from pretty much nowhere, 24-year-old Helsinki native Juuso Ruohonen has immediately struck many chords with his emotionally honest and beguiling hip-hop. Not afraid to tackle big issues such as surviving depression and other complex subjects, his English language (yet somehow still elusive) rapping combines smooth Frank Ocean style sensuousness with hypnotic and haunting beats. View has to date only released the Avalon EP, but already he’s making serious waves in the Finnish industry. The name on a lot of lips this year.

In addition to being the decade long host of the Deep Space Helsinki Radio Show, Samuli Kemppi is a prolific DJ, Boiler Room alumni and producer with releases on Komisch and Ostgut Ton amongst others. The man’s got game. Returning after a deep house musical hiatus with his own label’ Power of Voltages’ he made his first release earlier this year, the darkly disconcerting ‘Detached From The Past EP’. An opaque and deliciously dusky techno SOS beamed as if from the flight deck of a deserted spacecraft.

Consisting of successful solo rappers Paperi T, Pyhimys and Tommishock, Ruger Hauer (named after the gun company & actor respectively) are super group phenomena in Finland. This year they made surprise collaboration with pop darlings Regina and released the album ‘Mature’ which sailed straight to number 1 in the Finnish charts. The dark, nihilistic provocative trio may have found a sense of balance without forfeiting their integrity by introducing such a disparate element into the mix. Well worth checking out.

In light relief against the boys above, it’s always refreshing to hear someone who appears almost ambivalent to the form itself. A loose, liminal vague off centeredness makes this misty, trip hop, dream pop hard to define. At moments like an adolescent Nico jamming with The Child of Love, the next an infuriating DIY school project. We have absolutely no idea what she’s singing about but would be very surprised if it isn’t something very interesting or incendiary indeed.

Reddit
RELATED ARTICLES
OTHER ARTICLES
From 1969 to 1972, the acid-fueled performance troupe – which included underground icons like Divine and Sylvester – took radical politics to a wider audience.
The 25-year-old talks history, heritage and why he wants to help build a new movement of independent Asian American farmers.
With his new album, Will Toledo is embracing new sounds and donning a mask. He tells us why.
The head of XL Recordings has jammed several lifetimes into his 49 years. Here, he shares some of the advice he’s picked up along the way.
Photographer Giles Duley examines the impact COVID-19 will have on refugee camps, where conditions are already barely livable.
The US author reflects on the success of her genre-bending queer gothic memoir, In The Dreamhouse.