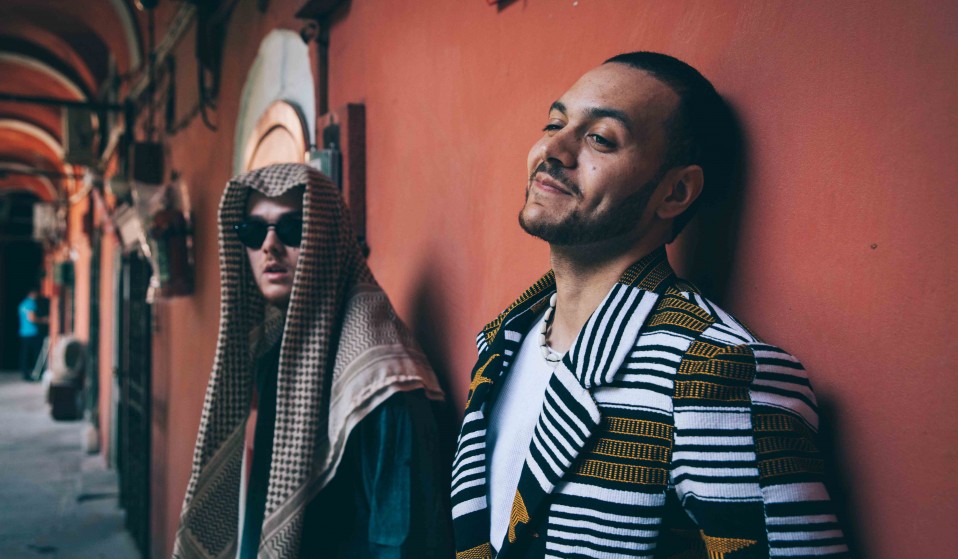 Yussef Kamaal are at the peak of a new wave of jazz-funk sweeping the capital and beyond. The South East London duo’s self-taught approach to playing jazz reflects the porous borders between the capital’s musical tribes and its hum of jungle, grime and broken beat.

Yussef Kamaal is comprised of drummer Yussef Dayes and multi-instrumentalist Kamaal Williams – also known as Henry Wu – who first set the world alight with an improvised performance together for Boiler Room.

The new flavours they bring to their distinct style of jazz come in part from their different musical backgrounds, with Dayes drumming for cosmic Afrobeat crew United Vibrations, while Williams has both drummed and played the keys in a number of different outfits, but also shaken things up with his solo, synth-draped house records for labels like 22a and Rhythm Section.

Yussef Kamaal’s new record Black Focus draws influences from all corners of London’s rich and shifting musical tapestry and frames jazz inside the capital’s bass-saturated pirate radio broadcasts. A strong sense of rhythm underpins each track and also binds the two musicians together. “The way we approach it is all about the energy and the feeling,” Williams explains. “ We just get in there and we feel it out.”

Ahead of the hotly-tipped release, which will no doubt help spread the name Yussef Kamaal far and wide, we reached out to Kamaal Williams for a track from his top five emerging London artists who are also on the rise.

“Call this one an accumulator,” he says, “with a money back guarantee.”

You might remember certain UK Funky classics but the new wave is about to come. Forthcoming releases on Tokyo based Soundofspeed and will be featuring on my next Eglo release.

Although he ain’t really from London, we got hold of a visa from one of our links and £5000 later he was a British citizen. Forthcoming album on Leaving Records.

I already told people about this one. He’s got a little edge on them and surrounded by a lot of talented producers. Younger Brother of the legendary writer Mood. R.I.P

Introduced via Funkineven’s label Apron. Someone that ain’t new to the scene – a veteran and I could tell by the production and the bars. 100% Authentic.

He’s already blown up, but being from Peckham how could I not mention Giggs. The Originator: gangster business but with that touch of humour…. This is my favourite track off his album, Landlord.

Yussef Kamaal’s Black Focus is out November 4 on Brownswood. Catch them live at London’s Jazz Cafe on September 9.

Whatsapp
OTHER ARTICLES
The city has changed immeasurably during the coronavirus crisis, with the future more uncertain than ever.
Photographer Weegee would spend his nights roaming the city, documenting its secrets, subcultures and forgotten inhabitants.
The head of XL Recordings has jammed several lifetimes into his 49 years. Here, he shares some of the advice he’s picked up along the way.
South American director Pablo Larraín discusses his new film Ema: an anarchic, dance-fuelled redemption story.
The demonisation of the shark may be rooted in centuries of irrational fear, but the threat it poses to the species is real.
From 1969 to 1972, the acid-fueled performance troupe – which included underground icons like Divine and Sylvester – took radical politics to a wider audience.