Art & Culture / Five songs of underrated genius, as championed by Lust for Youth 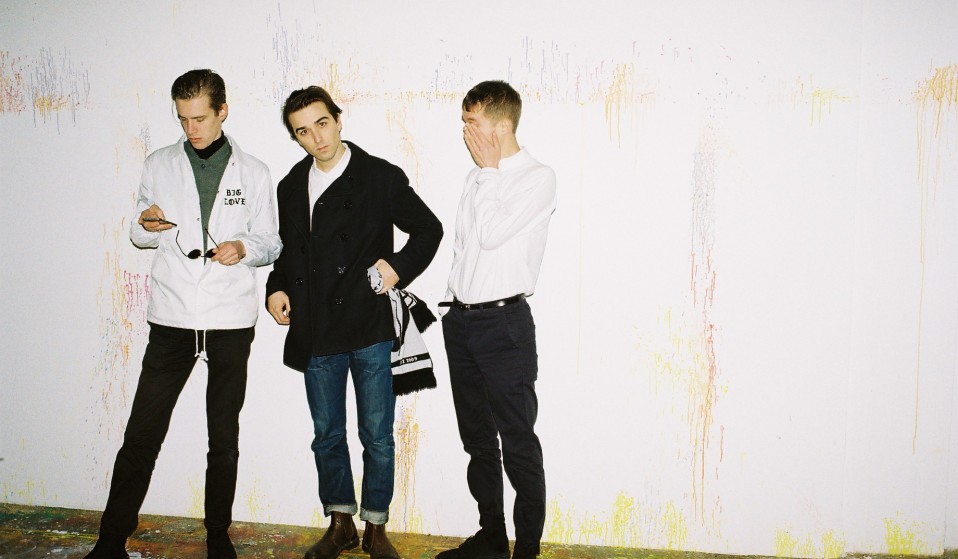 Danish synth-pop trio Lust for Youth have reached a turning point in their career, letting their melodies and lyricism emerge from the darkness of previous albums. Here they select a handful of cutting-edge productions that have inspired them in one way or another.

Asking artists to pinpoint influences is tricky. Few would openly admit to copying someone else and the stuff that filters into the mix subconsciously is, well, subconscious.

But Lust for Youth is one band worth asking regardless. The Danish trio’s artistic growth has been streamlined over four albums in four years, evolving from industrial bursts of dark vocals and droning synths to more melodic, club-ready pop. 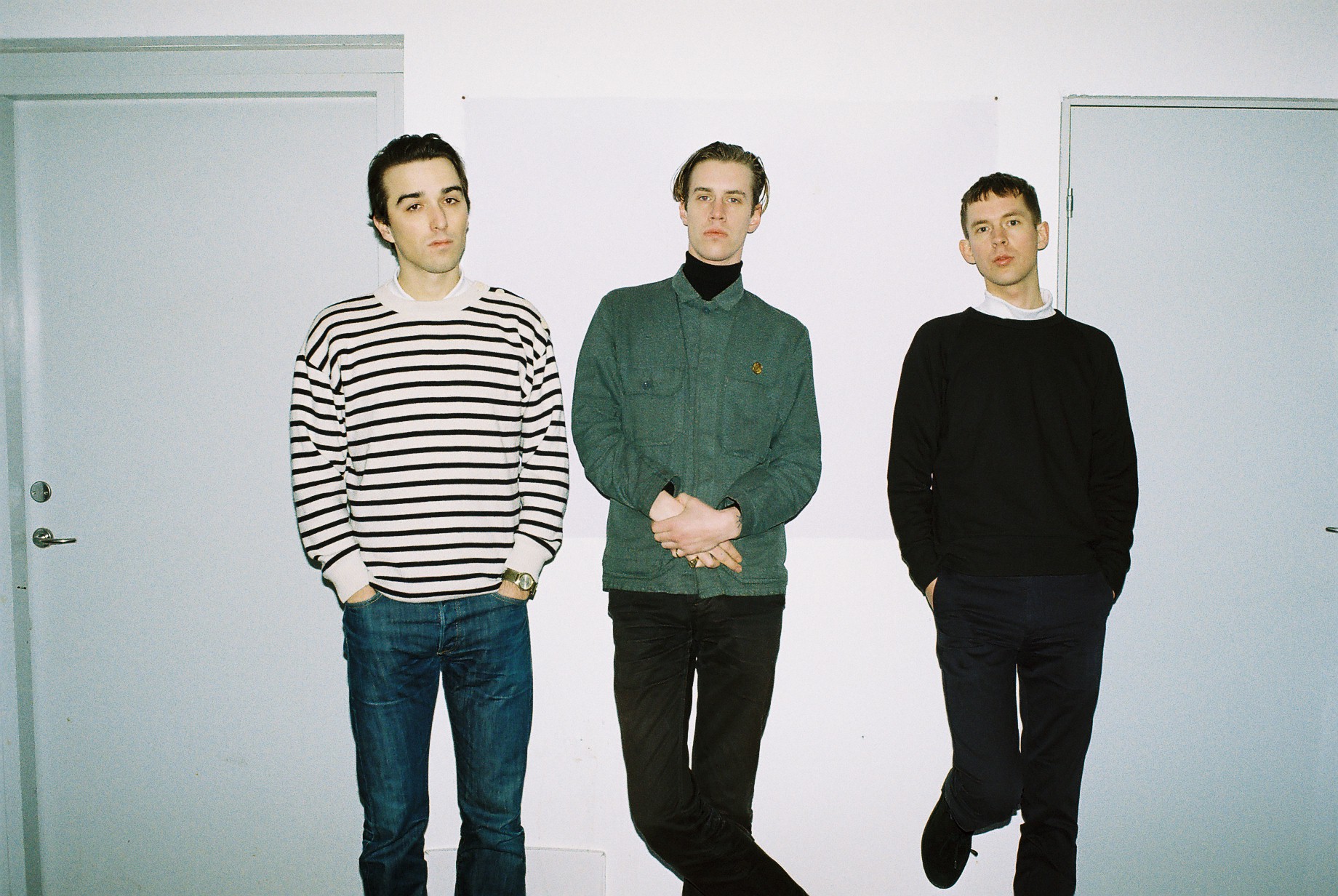 “I think you can hear how much we’ve changed changed even from the instrumentation,” says singer Hannes Norrvide, who founded the group.

“We’ve gone from just making noise to figuring out how to make music as performers – and sometimes, yes, you can hear in that the different things you get inspired by along the way.”

Creativity involves an element of stumbling through the dark, Hannes adds. Sometimes you’re just playing around to see where it’ll take you; sometimes you might pick up on an association with something else – even if it’s a sound you haven’t thought about since you were a kid.

Given that new album Compassion represents something of a leap for the band in terms of execution – it’s brighter, bolder and more refined – we asked Hannes and bandmate Malthe Fischer to pick out the songs they most admire in terms of production.

They did so midway through a US tour, deciding in the spur of the moment and offering one clear caveat: “Sometimes it’s hard to say what you like about a song.”

Malthe: “I feel like I could talk for hours about this song. I remember exactly where I was the first time I heard it and it’s still a song I listen to regularly. When I was attending music school, I made a synth version just to analyse how it works. My favourite songs usually have a hypnotic quality to them, whether it’s some sort of drone built into the structure or just a consistent vibe. This has a very simple, monophonic sound that just feel nice. If you change the guitar and bass to synths, it actually kind of sounds like early Depeche Mode. And it’s a dark song… I like dark songs.” [laughs]

Hannes: “This was probably the first Pet Shop Boys song I really warmed to, which is kind of odd because it’s not one of the better-known ones. [It was released as part of a limited edition six-song bonus disc that accompanied Very.] I think I liked it because it shows another side to them – one I didn’t know existed – and it’s a good example of how gifted they are at melodies. They’re not always taken seriously as artists, maybe because of their commercial success. I remember when I started listening to them as a kid, my dad said: ‘You’re listening to the Pet Shop Boys?!’ His eyes said it all: ‘Bad taste.’ But he didn’t know anything about them.

Malthe: “I think I first heard of FKA Twigs when some friends were talking about this girl who seems like an alien, so I checked it out. I’m not sure I can explain why but the structure of this song made an impression on me. It’s the modernness of it – it just seems like it’s the right song for this time. Our music often gets compared to ’80s acts and, for me, it’s not like that at all. We have some synthesizers and we have influences, of course, but I just don’t think of us as a revival band. In my mind, the feel and approach of our work would have more in common with artists like this who are doing their own thing.”

Hannes: “I listened to a lot of techno in the run up to making this album, paying a lot of attention to how the synthesizers are used. With Plastikman, it’s the way he makes something small – like one sound or one tone – feel so much bigger. I don’t think you can pick out one track here because it’s all part of the same piece [recorded live at the Guggenheim in New York] …but I’m impressed by how he utilises his music gear. I like the way he consistently builds up the warmth of the atmosphere. That didn’t really lead to a specific outcome in terms of our own work but it’s definitely something I kept in mind. We all have different stories of where we come from musically in the band and the mix of that makes [Lust for Youth] what it is.”

Malthe: “If I had to pick one song from one record, this would be it. It’s from one of my favourite releases in recent years and part of the appeal is that I just don’t know how he constructed it. Since I have a musical training background, I always want to pick apart ideas and figure out how people constructed their songs. What’s amazing about this is that it sounds like it’s falling apart, like the world is ending, but in a very beautiful way.”

Compassion is out on Sacred Bones.

Check out Lust for Youth on Facebook for details of their European tour in April.

Listen to this playlist in Spotify.

Linkedin
RELATED ARTICLES
OTHER ARTICLES
Filmmaker Laura Poitras discusses her new documentary which traces the remarkable life of the artist-activist and the impact of her battle against the US opioid crisis.
Social prescribing connects people with non-medical support to improve their health and wellbeing – but some experts worry it’s just a stick plaster solution.
A new film from Berghaus traces the story of Adam Raja, who left behind a turbulent upbringing to discover the healing power of climbing.
A new law change is enabling Britain’s donor-conceived children to know the truth about their origins – but campaigners say the fertility industry must do more to protect people.
A recent High Court ruling against the right to wild camp in Dartmoor National Park sparked the largest land protest in history – and campaigners say their fight is not over yet.
Tristan O’Neill’s shots of dancers caught in moments of reverie at the height of rave’s golden age are a testament to the UK’s legendary club culture.