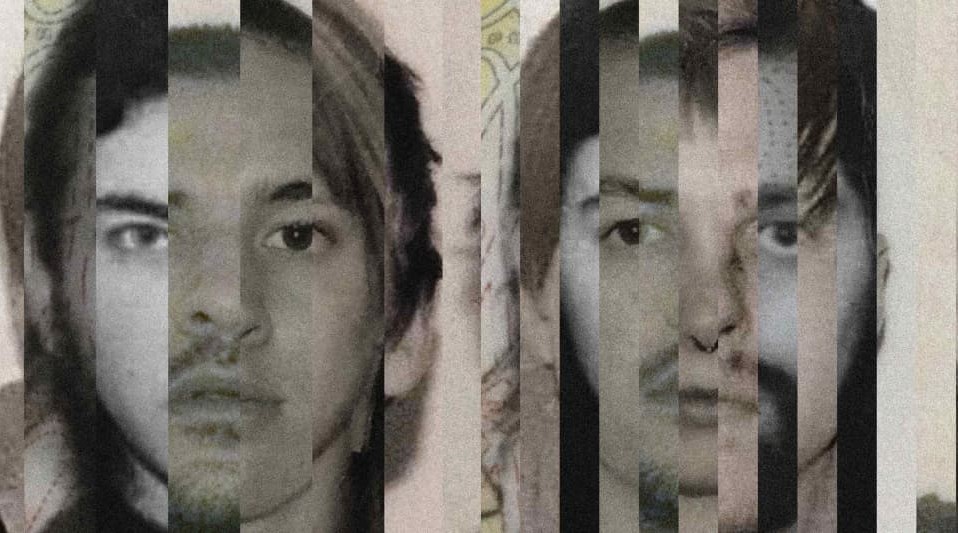 The Calgary-based multimedia collective show off their diverse musical heritage in the latest Monday Mix, with tracks from Fela Kuti, Kendrick Lamar and Brian Eno.

The Calgary-based multimedia collective show off their diverse musical heritage in the latest Monday Mix, with tracks from Fela Kuti, Kendrick Lamar and Brian Eno.

Crack Cloud first burst onto Calgary’s post-punk scene in May 2016, releasing a self-titled EP that masterfully mixed genres, sounds and twisted visual aesthetics. In 2017, that was joined by Anchoring Point – a punchy, lurching second outing that had critics and fans urging for a full-length follow-up.

The group – who are officially known as a “multimedia collective” – are comprised of members from different cities, origins and ethnicities. Their diversity can be heard in both their tracks and their influences, with traces of art-punk and funk scattered throughout the clamour, as well as open homages to Gang Of Four, Fela Kuti and Talking Heads.

Crack Cloud take these tributes even further in the latest Monday Mix, sharing a 36-minute collection of tracks from all over the world. The mix, which coincides with the release of their brand new single “Uncanny Valley”, contains six songs which helped shaped the seven-piece “rhythmically, emotionally, and philosophically.” Listen below:

Crack Cloud will be touring Europe throughout June. Check out the full list of tour dates below:

Linkedin
RELATED ARTICLES
OTHER ARTICLES
Photographer Bruce Gilden discusses his series documenting the overlooked factory workers, labourers and other people residing on the margins of English society.
Curator Antoine de Beaupré discusses his immense record collection and what it tells us about the intersection of music, photography, art, and commerce.
In the latest instalment of Photographers in Conversation, the chronicler of raves, protests and beyond explains why he’s drawn to such specifically visceral environments.
Yesterday queer activist group Lesbians and Gays support the Migrants staged a die-in at the Pride in London parade to protest the inclusion of police in the march reports Huck politics editor Ben Smoke.
Whether it's partygate, the climate crisis or the spiralling cost of living, the fightback begins on the picket lines writes Tommy Vickerstaff
LGBTQ+ students are keeping the spirit of the original Pride alive by fighting for liberation for everyone, not just their community.