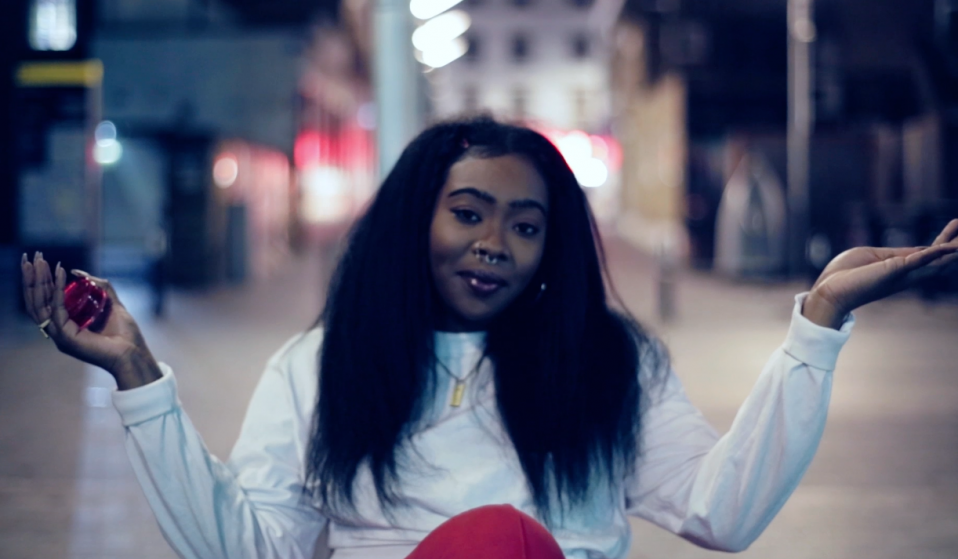 Ahead of the release of Huck's new film on UK grime culture, east London DJ and NTS regular A.G discusses the magic of music, mixing, and mental self-care.

Ahead of the release of Huck's new film on UK grime culture, east London DJ and NTS regular A.G discusses the magic of music, mixing, and mental self-care.

A.G the DJ made her name as a blogger when everyone was saying that grime was dead. After getting a job on pirate radio, the east Londoner began to learn her craft – moving from station to station and carving out a reputation as one of the city’s top mixers.

“The first station I was on was a pirate station, and it had a camera and people could see what you’re doing. I’d get loads of abuse in the chatroom like, “go mix then,’ so I thought, alright cool, I’m going to learn,” the DJ remembers. “I started learning but then when I got into it I really loved it.” Now, seven years later, A.G has become a regular on NTS, and finally gets to work with the heroes she idolised growing up.

What first got you into grime? Why did you start a blog?
There was a lot of stigma around listening to it, so I started my site because I wanted to write about why grime was so great, and show it wasn’t dead. Also, to promote a lot of my friends that were coming up at that time. I wanted to document them because people I grew up with were putting out really sick releases, and I didn’t see anyone writing about it.

Did you feel that it was a hard community to get into in the beginning?
When I was younger I did, but you think everyone’s against you. With hindsight, if I reached out to more people I probably would have got a warmer reception. I didn’t feel like I could reach out to someone like D Double E and get an interview. I don’t know if it was them treating us differently, or us worrying they would treat us differently because we idolised people and respected them.

What changed, in terms of your confidence?
I’m my harshest critic but because I love grime so much and I enjoy it so much, you’re not really scared when you’re doing something you love. I’m comfortable playing grime, and I’m comfortable interviewing grime artists because I’ve grown up with listening to them and I’m into it. That’s my secret: if you love something you get confidence. 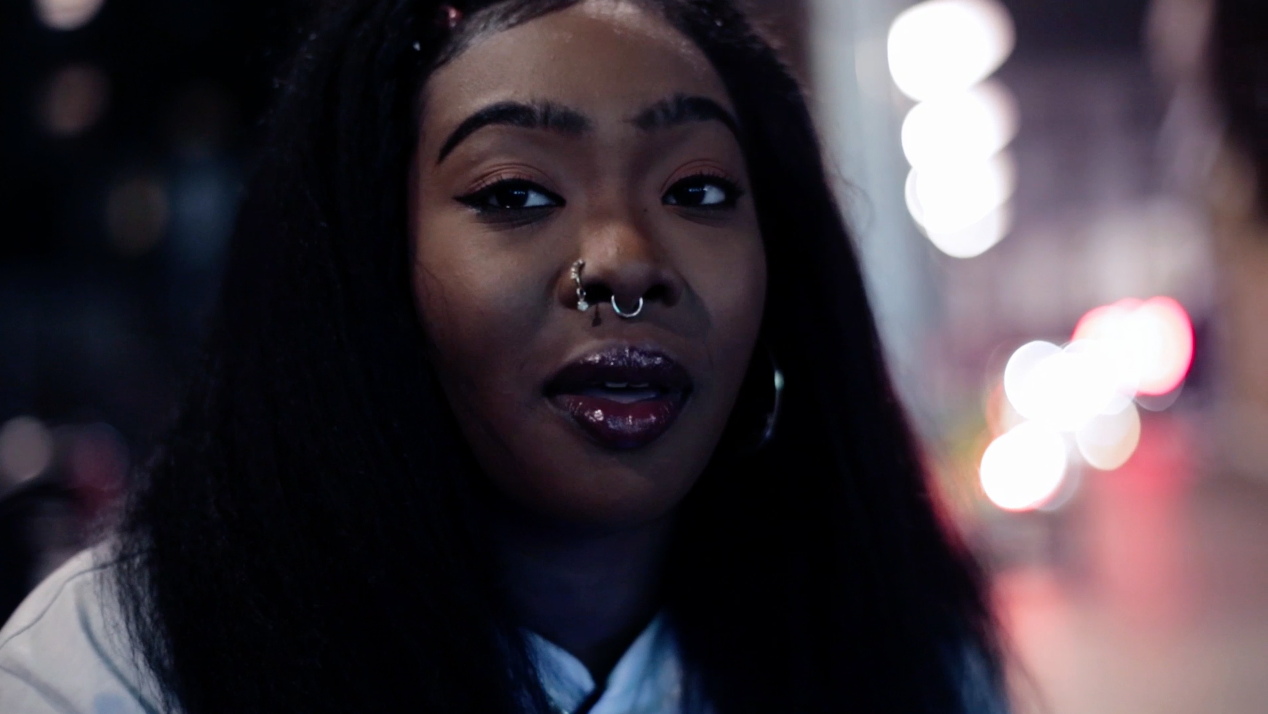 How would you say grime has influenced your personal life?
Because I started listening and getting involved form a young age – you probably think with grime that’s something quite dangerous – I missed out on a lot of things that could have hurt me a lot because I was so focused on music. For my mental well-being, it was a really strong thing that shaped me.

Do you now feel part of the culture that you grew up with?
Sometimes yes. Sometimes I still feel like an outsider, but I’m an introvert – I think I’m an outsider everywhere. At some points – like DJing in Fabric for the first time or having Trim come on my show – I was like, ‘I’m actually in the grime scene and interviewing people that I listened to growing up.’ 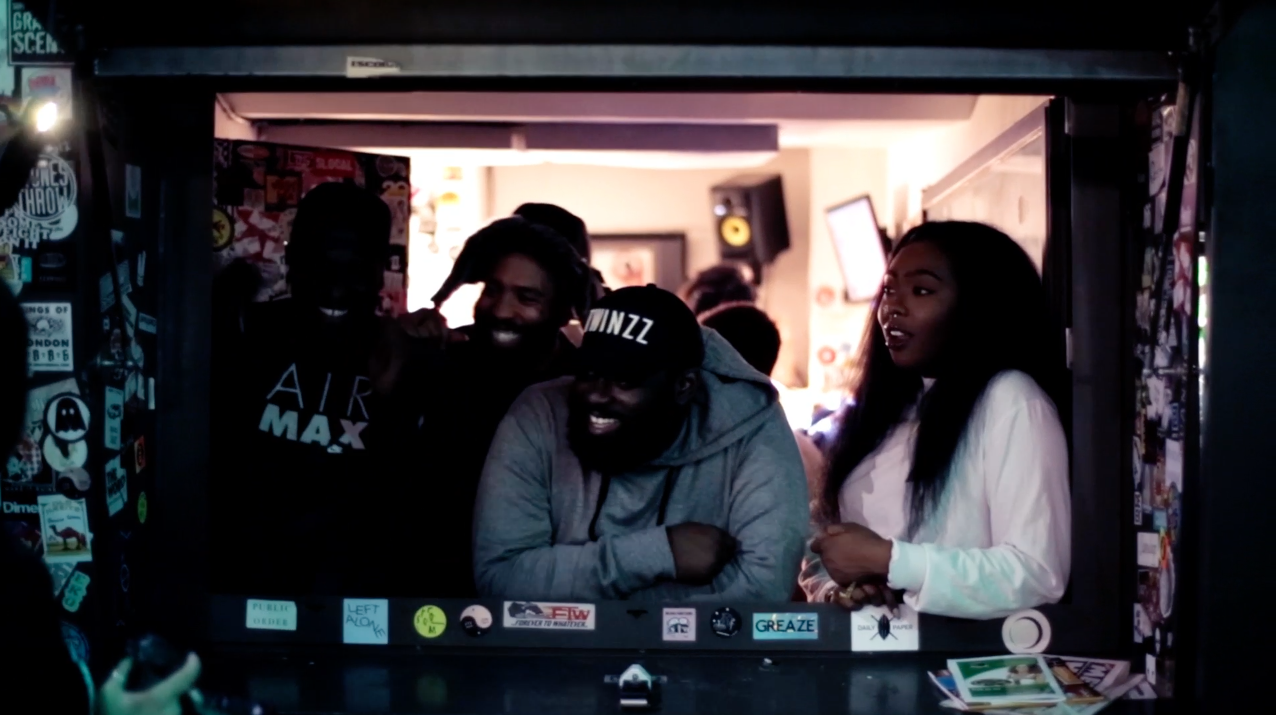 How have things changed now, compared to when you first started?
Music has changed because it’s more accessible. It’s easier to get involved. Now there are safe spaces, like decks, where you can go practice. When I was growing up there wasn’t that at all. Because of that more youngers are getting into music. Before, if you went radio station in a certain area, you could get beat up. But now, you can go there and you’re all from different ends and you’re on the same set.

What goes through your mind when you’re DJing?
The next song. I’m always thinking of the next song.

My Element, an original Huck Film by Irene Baque, launches on December 13.

Linkedin
RELATED ARTICLES
OTHER ARTICLES
Ireland’s national sports are modernising. At the forefront of this movement is Na Gaeil Aeracha, the country’s first ever queer GAA club.
Meg Handler’s photos capture diverse groups of New Yorkers coming together for the collective cause of civil rights.
The demonstration took place this week over plans to slash £50m from arts bodies in London.
Hackney Bumps is a DIY sanctuary in the heart of East London, home to a thriving diverse community of skateboarders – and beyond.
In North Carolina, people are living near to Duke Energy’s Belews Creek Steam Station, where toxins are pumped into the air, water, and soil.
Max Miechowski reflects on documenting land that is being lost to the sea – and the people who live life on the edge.