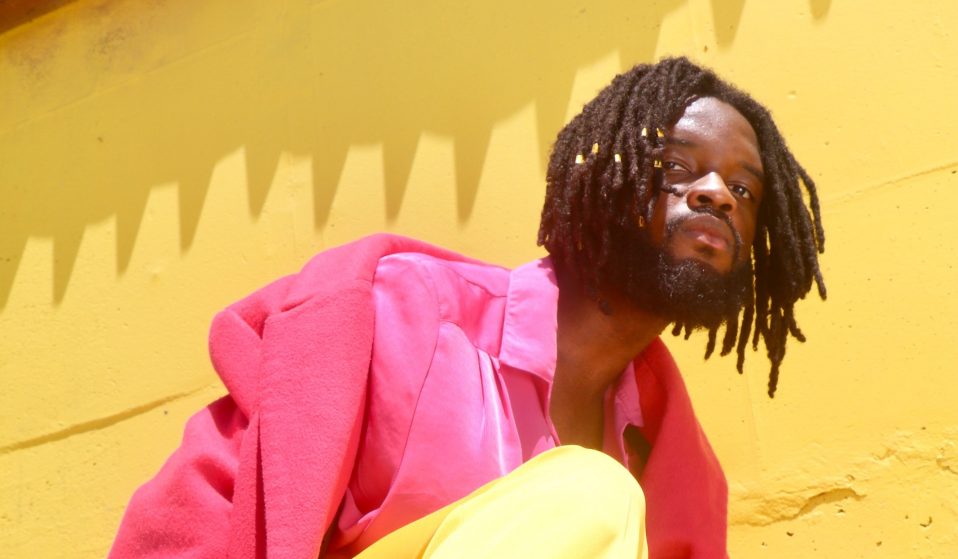 The heavily hyped Australian rapper talks bible verses, life as a hermit, and the toxic powers of Kim Kardashian and Kanye West: ‘I’m just waiting for someone I can school, I can educate. I’m ready.’

The heavily hyped Australian rapper talks bible verses, life as a hermit, and the toxic powers of Kim Kardashian and Kanye West: ‘I’m just waiting for someone I can school, I can educate. I’m ready.’

On first listen, the sound created by Genesis Owusu doesn’t immediately ring political. His voice is soft, singing or speaking, and the lyrics are built like poetry, with biblical references and rhythms layering jazz, soul and groove over modern hip-hop beats. But whether it’s obvious or not, Owusu’s work is protest music, and that false sense of security is exactly how he likes to deliver hard truths – after all, as he puts it, “you catch more flies with honey”.

Although still relatively unknown to the masses, the Ghanaian-born musician has been part of Australia’s hip-hop scene ever since 2013, when he started releasing tracks with his brother, Citizen Kay, under the moniker The Ansah Brothers.

Now working mainly solo, Genesis (born Kofi Owusu-Ansah) has spent the past couple of years wrangling a journalism degree alongside making his own music, dropping single after single, and working on a variety of creative projects – including working with clothing brands and making his own music videos.

When I call, he’s in the midst of his Australian tour, chilling in his beloved hometown, Canberra. We speak only a few days after the release of his latest single, “Wit’ Da Team” – a groove-laden track tackling cultural appropriation in a way that feels particularly poignant in times of Blackfishing and fetishisation.

So – where does the name Genesis come from?
My real name is Kofi Owusu Ansa. But back in primary school, my older brother who was in High School used to be teased because my name is Kofi but at the time everyone pronounced it “coffee”. Apparently, they were badgering him for ages, and the first name that came to his mind was Genesis, so he just said Genesis so they’d leave him alone. That stuck, so I became Genesis, and then I added the Owusu. I always used to say Kofi Ansa just to make it easier, because people had a hard time pronouncing “Owusu Ansah”. But I decided to stick in the Owusu for some good ol’ Ghanaian pride. We’re not out here accommodating for anyone anymore. You gotta learn now; we’ve done the hard work, but now it’s time for us to reclaim. I remember I had a burning underlying hatred for every substitute teacher of my life because they could pronounce Schwarzenegger, but not Owusu Ansah.

What’s the Canberra music scene like?
Canberra is cool, but it’s in a weird situation because it’s a very small place. People always feel like they need to move out to Sydney or Melbourne to be successful. It’s got a lot of talented artists, but there’s a stigma that you can’t really “make it” from here, so people either move out or they don’t try to make it from here. That’s something that I’ve been wanting to change myself, or at least that I want to be the first step towards change. Because if everyone keeps moving out, then Canberra will never have a foundation or a platform for artists to do it from here. I’m still living here and trying to make my music, make my art, and trying to show people that you can make it and stay here.

In your music there are recurring references to religion – what’s your relationship to it?
I was born in a very Christian family – my mom especially. She is still the leader of her church’s choir. She would take me and my brother to church every Sunday. I can’t say it was 100 per cent for me, leaf-wise, but I appreciated a lot of the values and the stories. When you’re indoctrinated into something like that for so long and so early on in your life, it does stay, whether you decide to believe it or not. Also, to be honest, the Bible just has some fire verses. 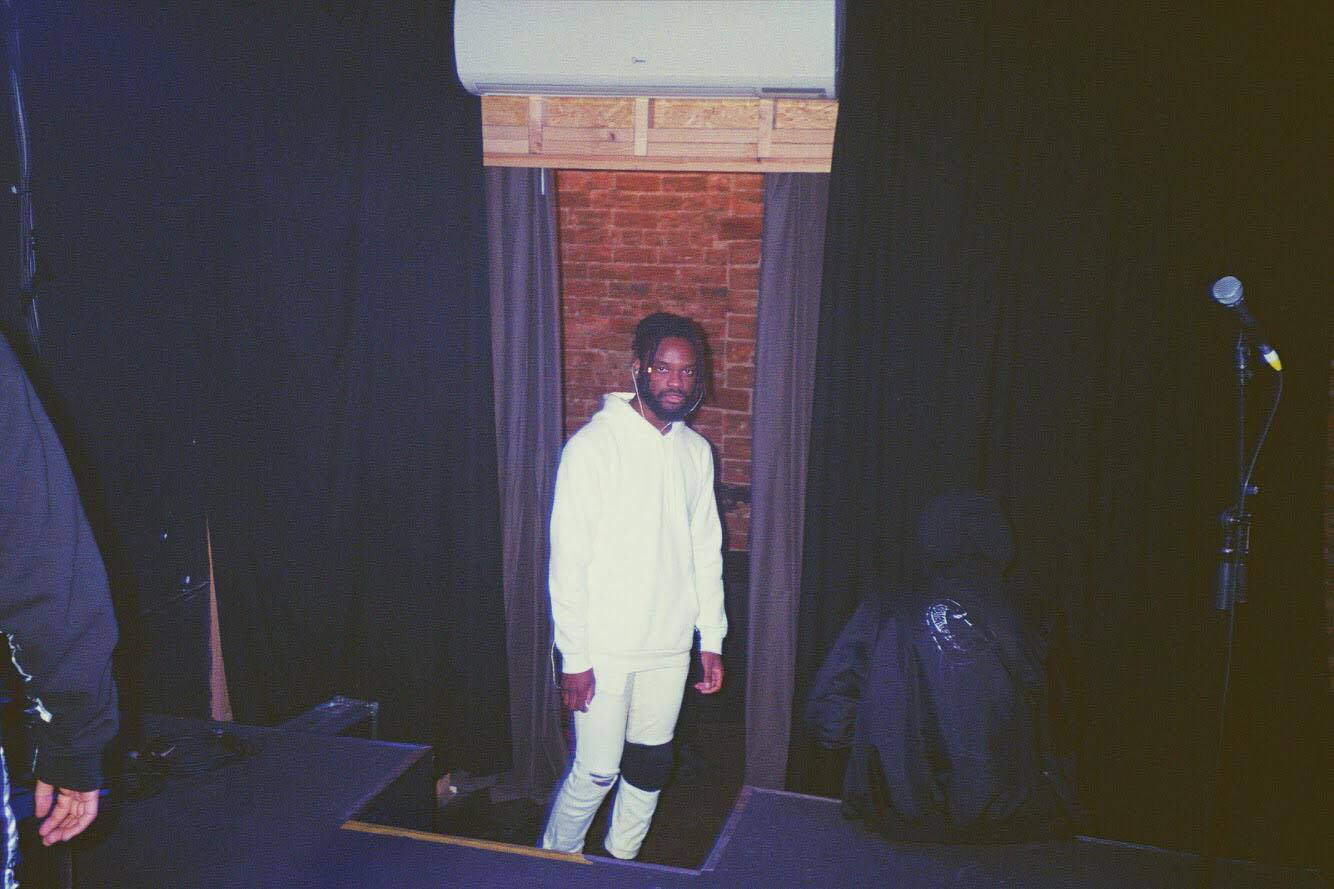 What’s your relationship with social media?
I’m actually not great at social media…  I know everything about it, but at this point, I just want to be like Frank Ocean – kind of disappear and then just come out whenever I want. But since I’m‘ up and coming’, my manager keeps telling me I can’t do that. Aside from that, I’m just going to be a hermit. I’ll buy a treehouse in New Zealand with no one around, and then just do whatever I want.

Your new song, ‘Wit Da Team’, is all about cultural appropriation. How would you define that?
The exploitation of a person’s cultural customs without the proper acknowledgement of where they came from.

When you started working on the song, was it after a particular event that happened or was something that had been in your mind?
It’s just something I see every day, really. I would grow up and see my female cousins, black women, be bullied for having big asses or big lips – to then now have someone else do it, a Kim Kardashian of sorts, and suddenly it’s amazing and everyone forgets. The people who were bullying will start wearing box braids and getting lip fillers, and I’m here like ‘You were the people who were ridiculing others for this.’ It’s been something that has been lingering in my life forever.

Right now there are two extremes: it’s one of the most racially violent times in modern history, and then there’s also this insane amount of fetishisation. It must be hard to connect these two sides from a personal perspective.
Yeah absolutely, it’s something that bothers me every single day. You can’t care about black culture or actively consume and take on black culture without acknowledging black people and where that culture comes from. Because a lot of that culture stems from struggle – you need to be able to acknowledge that, you can’t just take the elements whenever you want and disregard the people who made it.

How do you manage to keep your head above water and be able to address this subject in an almost playful way?
Honestly, I think as grim as it sounds, it’s just like… you get used to it. That’s it. It might not be good, but you have to survive in this world. And if you want people to listen to your music and change, you have to present it to them in a way that’s palatable to them. Sometimes you gotta present the medicine with the honey, you know?

Kanye is a big inspiration to you, so I was just wondering your thoughts on everything that has happened with him this year, in regards to Trump and all.
That was hard to get through. Man. That hurt me a lot – I lost a lot of faith in that man. It’s really hard, because regardless of what he does now, his fingerprints are in my DNA – he moulded how I look at the world, and how I create art. So watching someone who was that important to you spiral down that path… It’s super crazy and super hurtful at times. But at the same time, it’s Kanye. And you kind of have to expect it, but you don’t expect it. Every year he’ll take a step forward and be like ‘what boundaries can I push now’ – so in retrospect, I’m not extremely surprised.

That being said, I’ll still listen to the next album and that will dictate whether Kanye is still in my life or not. He better come through. To compensate for everything that he’s taken us through.

Typically people don’t like to self-reflect when it comes to cultural appropriation and whatnot – have you faced a lot of backlash for your music?
No, not really. I wish. I’m waiting. I feel like when people are listening to it, at least for the first time, they’re listening to the melody and to how groovy it sounds. So I got that immediate feedback on how great it sounds, such a summer vibe, stuff like that, but I haven’t gotten too much feedback yet about the actual content, but I’m waiting. I want all the smoke.

Anything specific you’re looking forward to fighting?
Just waiting for someone I can school, I can educate. I’m ready. I got those articles.

Linkedin
RELATED ARTICLES
OTHER ARTICLES
Leading art critic Robert Storr reflects on the photographers – from Seydou Keïta, to Malick Sidibé, to Carrie Mae Weems – who helped to transform and redefine the medium.
The New York MC reflects on his experience with Trumpian US immigration policy, and how it impacted his career.
With a new bill seeking to further criminalise asylum seekers, the work of a group of volunteers monitoring small boats in the English Channel is all the more vital.
In the UK, Hongkongers are continuing to stand in solidarity with the pro-democracy movement.
Photographer Melanie Nissen recalls capturing the characters, fashions and rarefied chaos of a rapidly-expanding set of punk bands who helped to redefine the genre.
The musician, DJ and founder of Monika Enterprise reflects on a career defined by revolution and rule-breaking.