Gilles Peterson searches for the perfect beat in Cuba, where rooftop parties and impromptu jam sessions shake to the unmistakeable rhythms of Afro-Cuban rumba.

Musical explorer Gilles Peterson’s search for the perfect beat takes him to Cuba, where rooftop parties and impromptu jam sessions shake to the unmistakeable rhythms of Afro-Cuban rumba.

“When you’re playing in drum ceremonies, the point is to bring energy, bring transformative energy in the form of sound: call down the spirits and make the music fucking sing,” explains Crispin Robinson. “Make everything just go pop. You’ve got to bring the noise. You’ve got to rock the mic hard, now, all the time – every time you play. Over time, you learn to keep it cool when it needs to be cool, to make it bubble a bit more when it needs to bubble, then absolutely go for it and make it explode when you want to make it explode.”

When DJ and producer Gilles Peterson decided to shoot a documentary on Cuba’s thumping rumba scene, Crispin was the man he called. A British drummer and PhD student in music culture, Crispin has been going to Cuba for over twenty years to immerse himself in batá drumming, Afro-Cuban Orisha worship and the multilayered rhythms of rumba.

La Clave connects a new generation of Cuban dancers and musicians who’ve spiced up and recontextualised rumba for today’s ears, to the culture’s deep roots, which trace back to 19th Century Black communities’ spiritual drumming. Crispin worked with Gilles and director Charlie Inman to open doors and shine a light on a culture whose carefully preserved past exists in harmony with successive innovations by each new generation of rumberos. 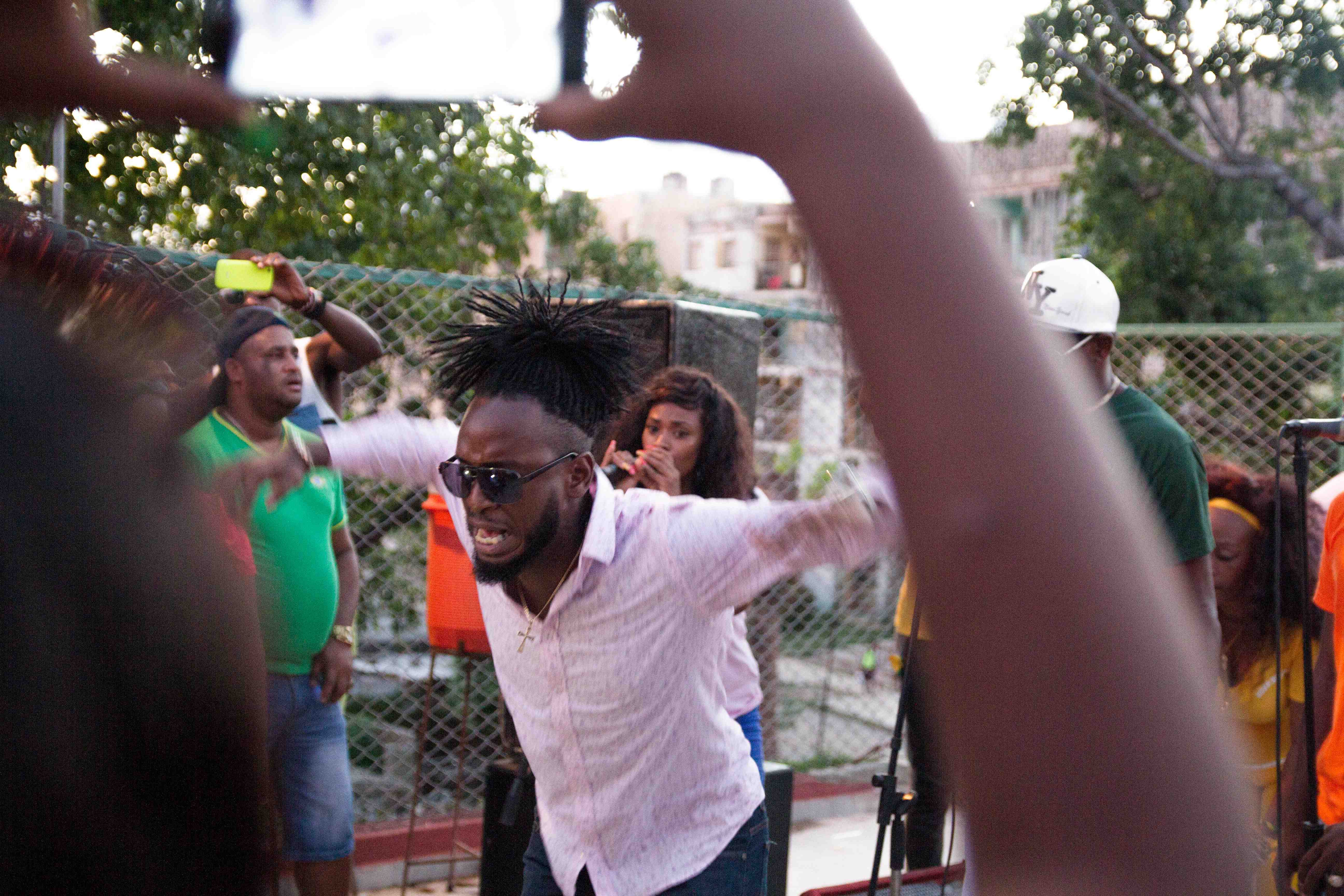 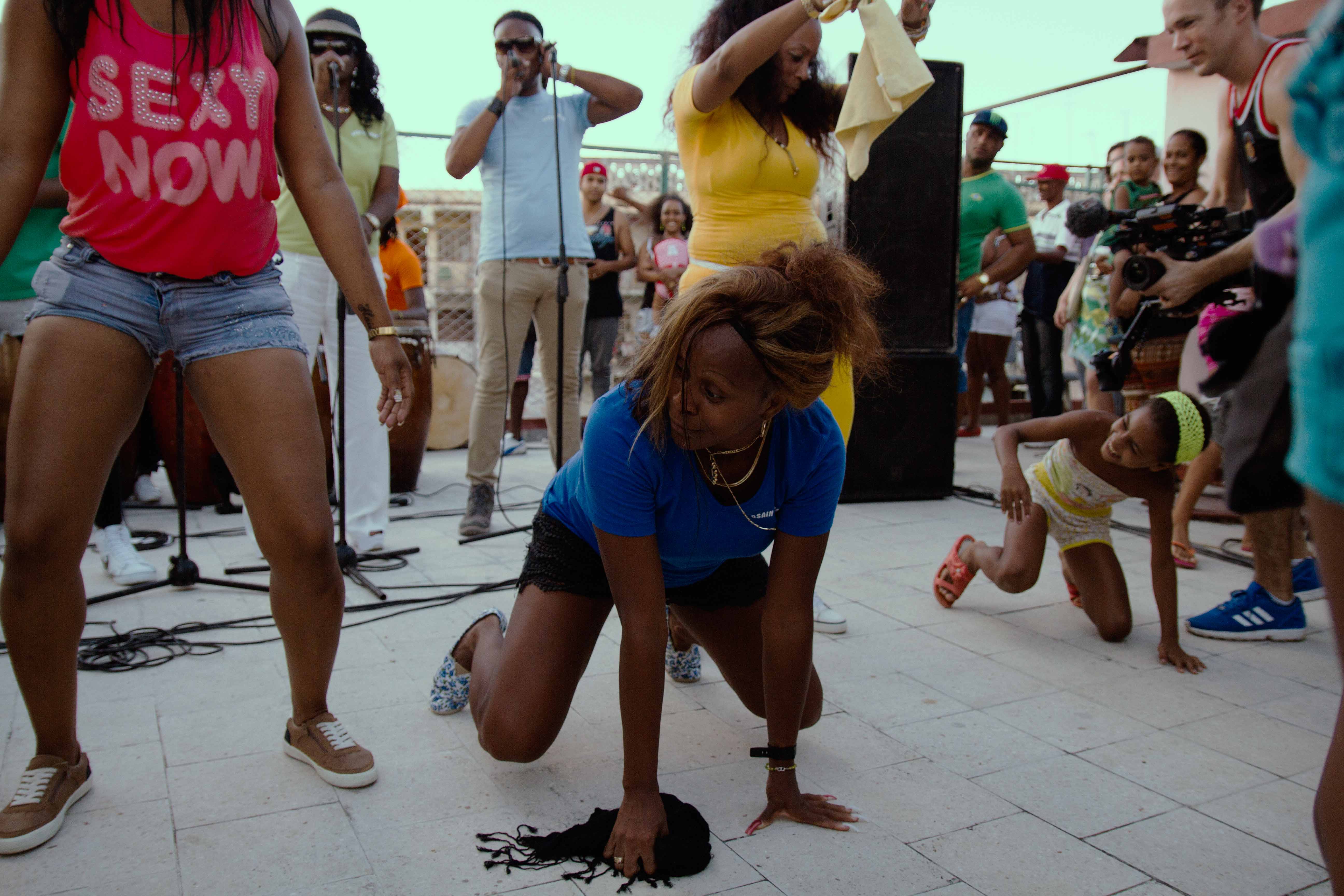 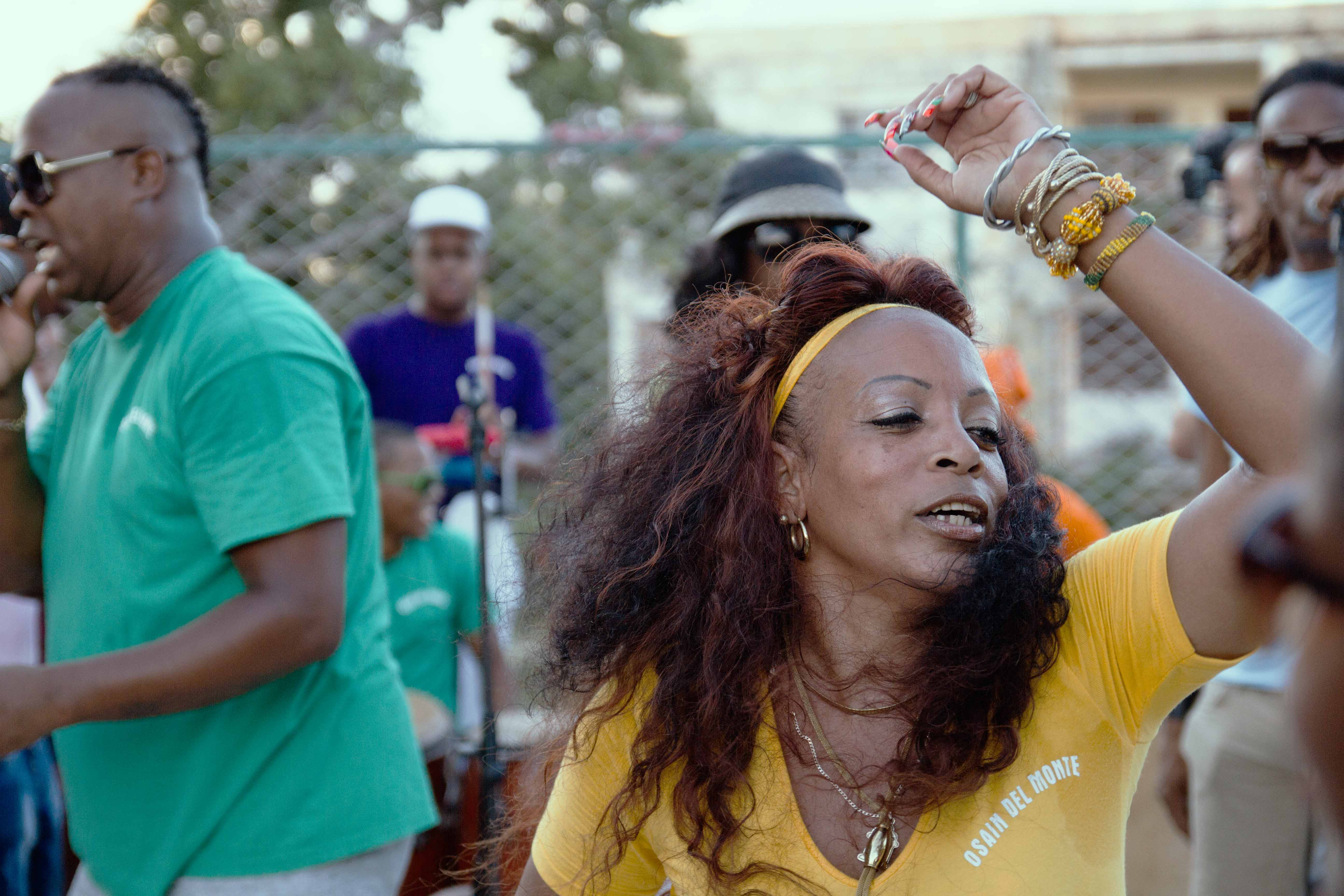 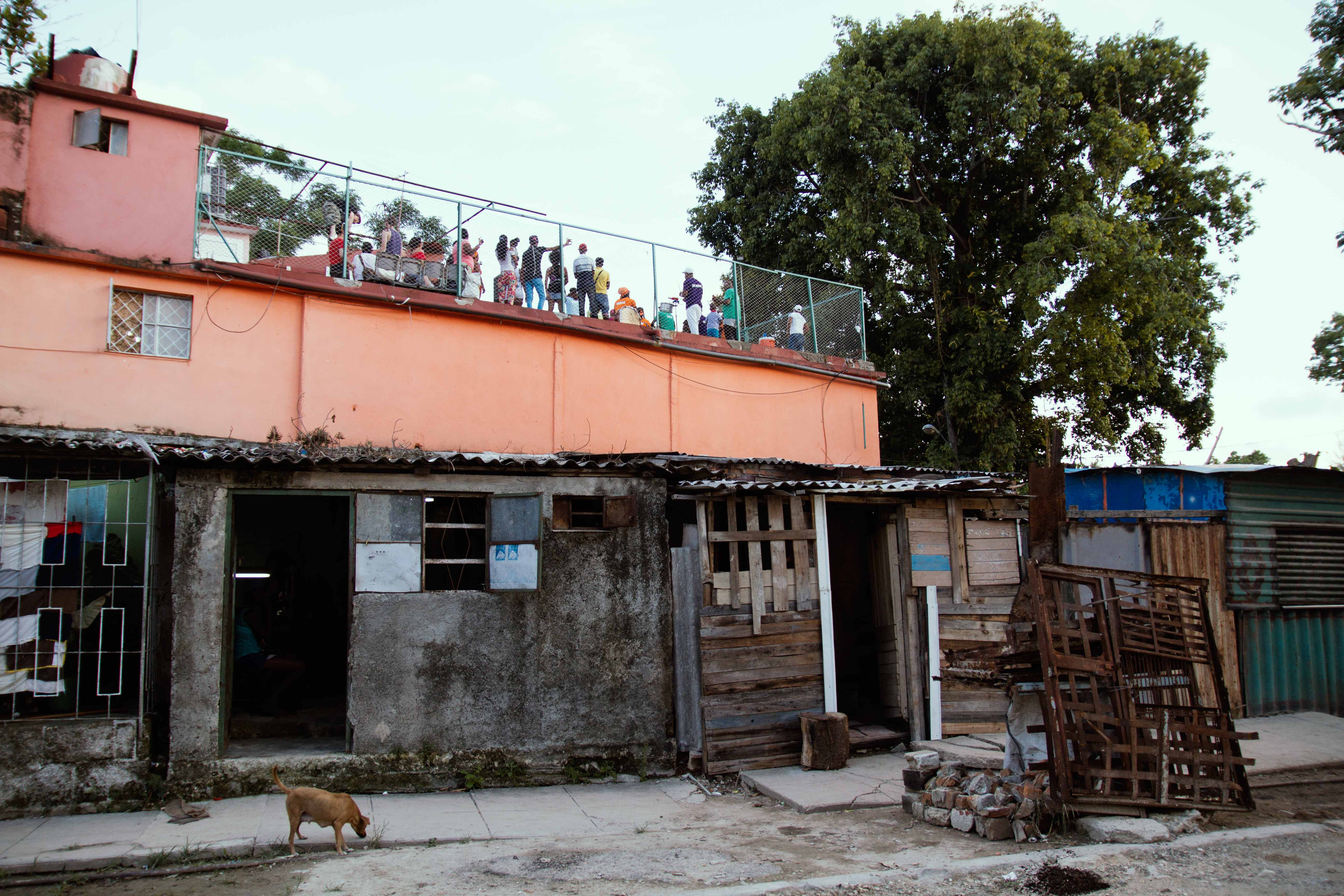 “I’ve been visiting Cuba for the past seven or eight years on a mission to find new music post-Buena Vista Social Club,” Gilles explains. “One of the things that struck me more than anything else when I was running around town with musicians was hearing these rumba sessions going on in people’s backyards or kitchens.”

The foundation of rumba is the clave, a simple instrument made of two wooden sticks, that sets the rhythm for the many layers built over the top. “It’s a cliché, but one of my tag lines I suppose is ‘searching for the perfect beat’ and, in a way, this is the perfect beat because it’s just so complex. But when it hits it takes you to another space,” Gilles explains.

Like others before him, Gilles has tried and failed to capture rumba’s depth on record – which goes way beyond the intense energy of a conventional live performance. “The religious world and the rumba world totally overlap and intertwine,” Crispin explains. “Rumba itself isn’t sacred music but there are very few heavy, heavy rumberos who have got nothing to do with religion. Everyone’s kind of involved, they’re swimming in the same waters. You play drum ceremonies or get involved with religious events and things often kick off with a rumba at the end.” 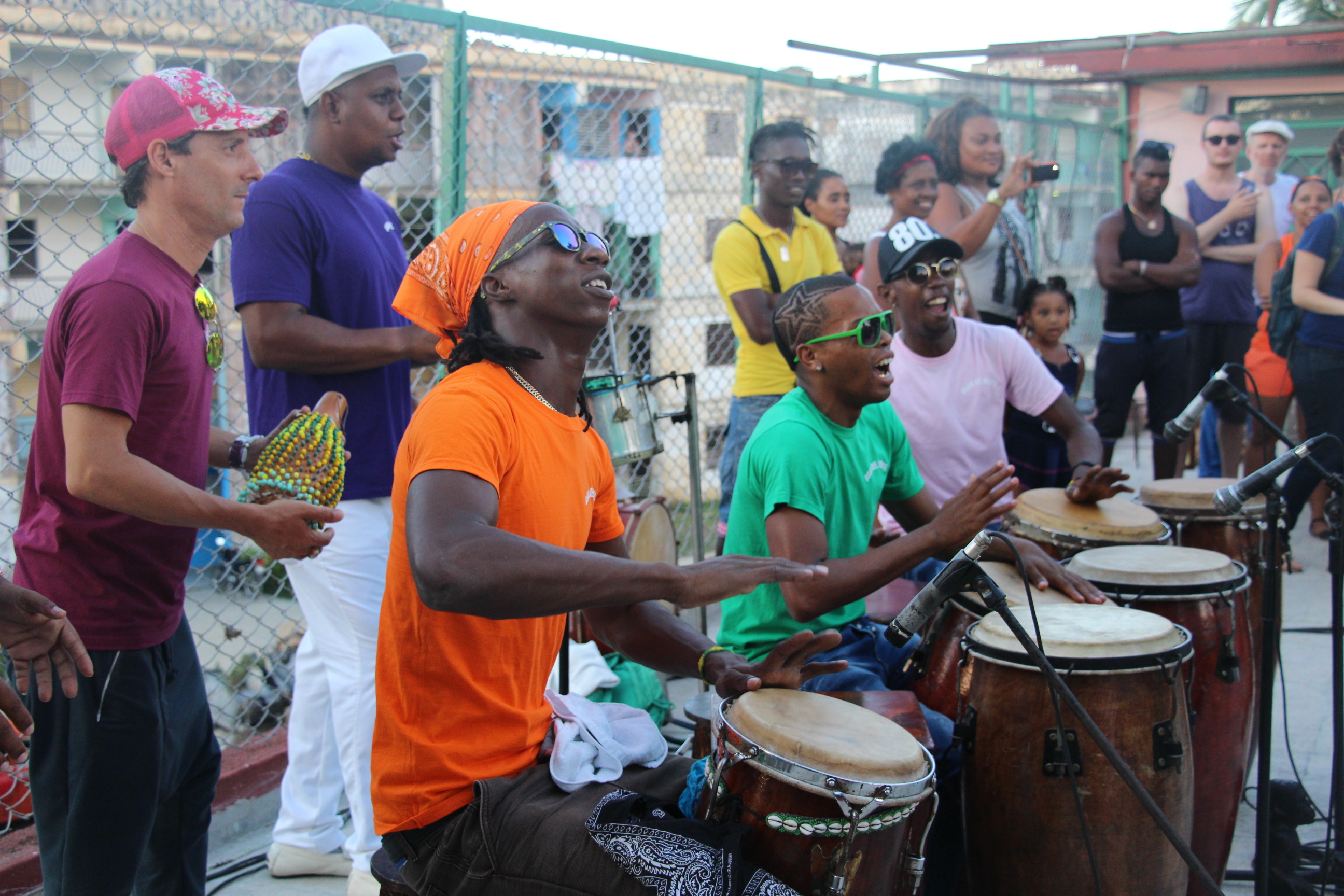 La Clave digs deep into rumba’s history which, like much in the multicultural melting pot that is Cuba, combines European traditions with those brought from West Africa in the dark days of the slave trade. Rumba owes its soulfulness to the Yoruba gods, Orishas (much like saints) and Santería, a syncretic mix of Christianity and West African religion, whose presence is felt each time a spontaneous “happening” erupts. One of the documentary’s coups is discovering one of the oldest surviving sacred batá drums, according to legend crafted in 1830 by two men born in Africa called Atanda and Ayanbi, and now preserved in a musician’s home in Matanzas.

Elements of rumba have trickled out to influence the evolution of other genres, but it remains little-appreciated outside Cuba. “There’s like little DNA, rhythmic ideas and ways of approaching rhythm that have seeped into the mainstream and rumba is one of the driving engines behind all of that,” Crispin explains.

In hopes of reinvigorating rumba’s connection to dancefloors worldwide, Gilles recorded the three key styles of rumba at Havana’s hallowed Egrem studios. With vocals from Santería priestess Daymé Arocena, the stems were handed to a crop of progressive producers and became the Havana Club Rumba Sessions compilation album. 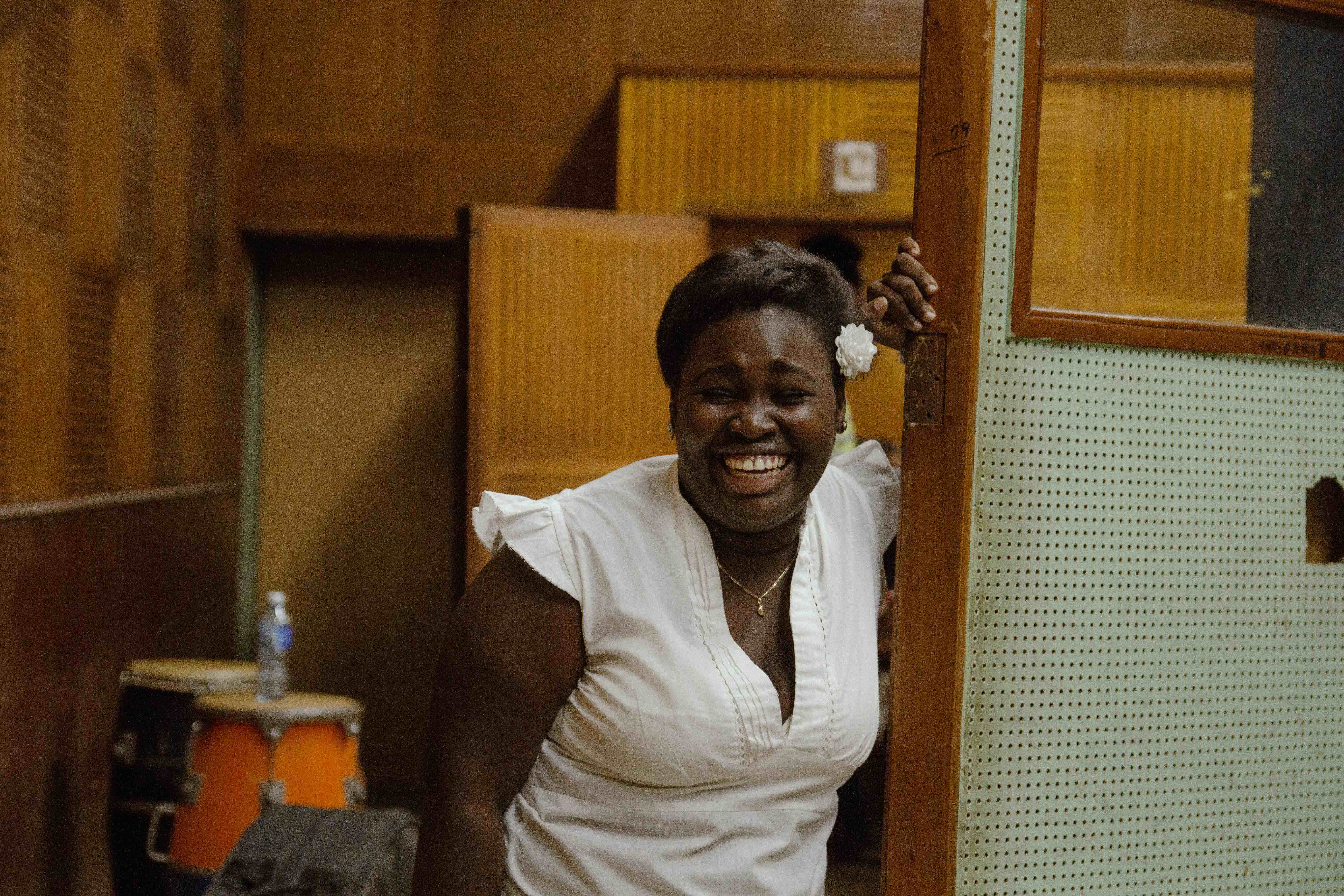 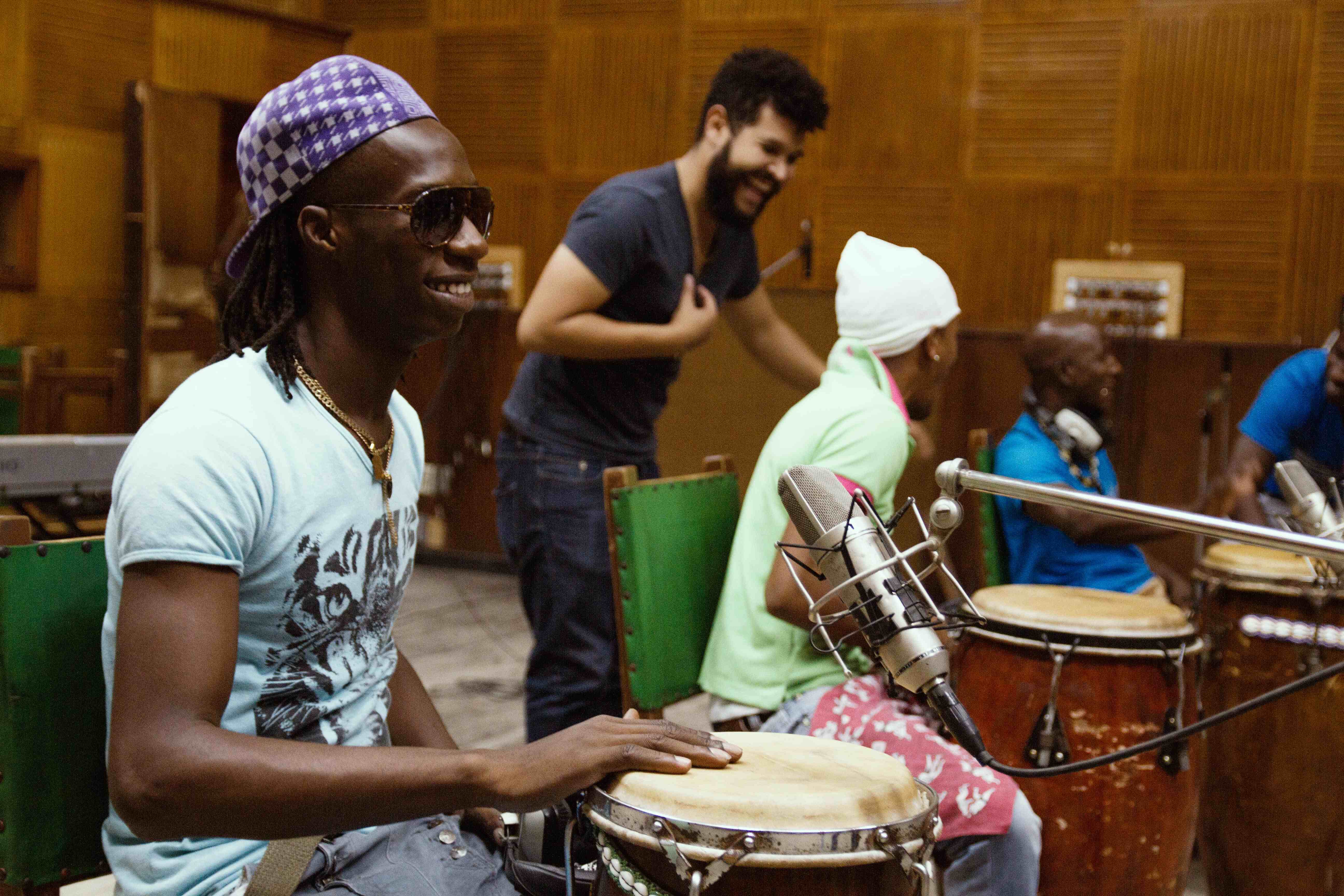 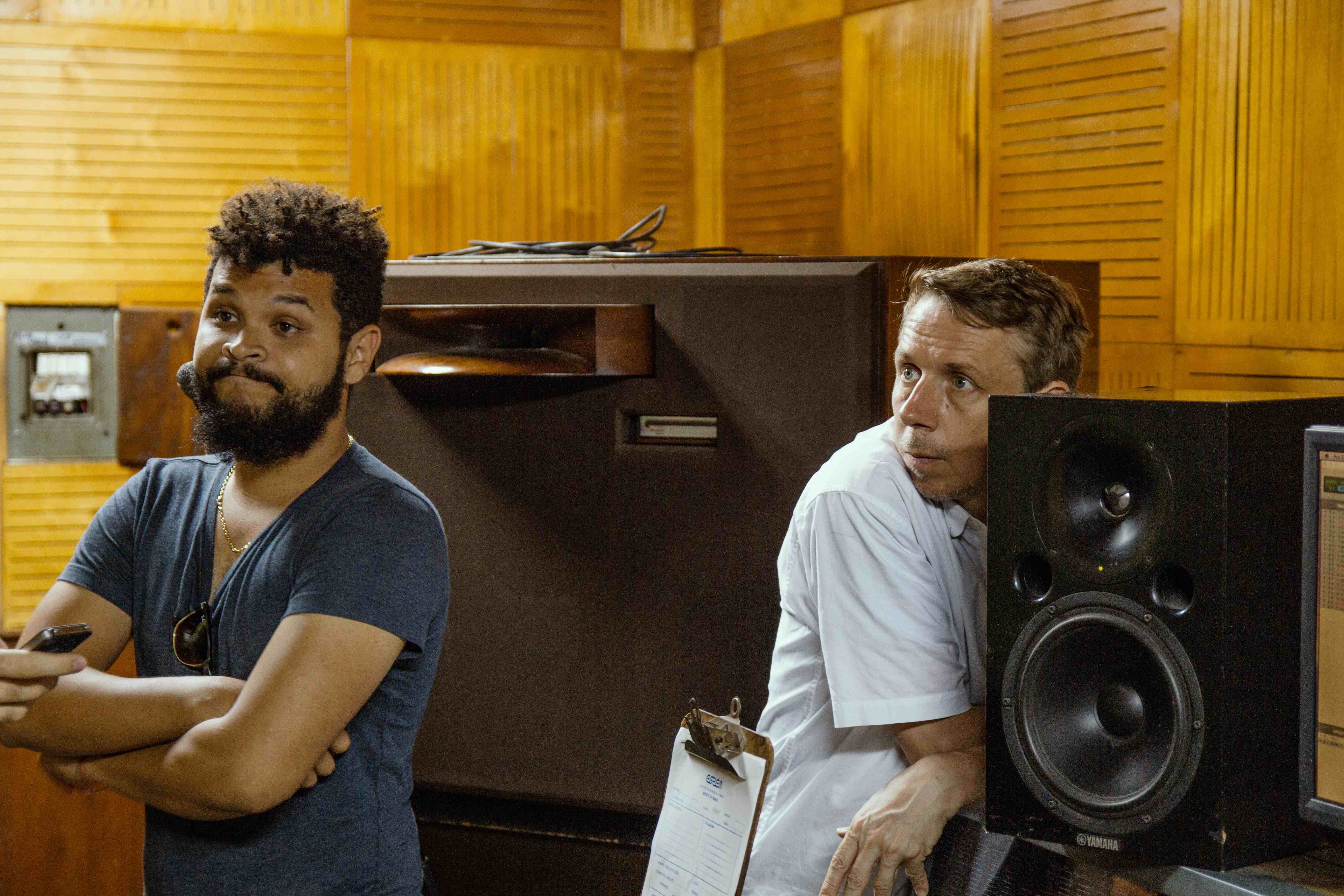 “The problem about club culture in a way is that it’s so formulated, it’s just difficult to play something that is gonna confuse the audience,” Gilles explains. “As a DJ, the greatest pleasure I get is when you get to a point in the evening where you don’t have to play something that’s straight, where you can play a waltz or something that’s just a bit bonkers. So that’s why I really wanted to do this, for the DJs and producers that are a bit more adventurous.”

After the thaw in relations with the US and with Cuba opening up to the world more each day, there are fears the island’s uniquely preserved musical cultures, like rumba, could suffer from the rush to capitalism and materialism many anticipate – but Gilles is confident.

“It’s going to be a slow process, I don’t think Havana’s going to turn into Miami over night,” he explains. “There’s much more interest from outside today and that interest is having a positive effect on the people in music, art and culture in Cuba because they’re feeling that there’s more people curious about them – so it’s giving them a boost. I feel Cubans have a real sense of who they are and protecting what it is about Cuba that makes it Cuba. They can probably learn a lot from other countries which had to shift from one type of political ideology to another in a short space of time, like Russia or China, about how to encourage, maintain and protect their own culture at a time of massive change. I think authentic rumba will always continue. Even though a generation of rumberos are dying, I think that the music will survive because it’s in the blood.”

Find out more about the film and find a screening near you at Havana Club Rumba Sessions.

Linkedin
RELATED ARTICLES
OTHER ARTICLES
The action took place in response to the 200 asylum-seeking children who were placed in hotels run by the Home Office who have gone missing.
Activists and campaigners are fighting back against new laws that would seriously undermine the ability to take industrial action, calling it an attack on fundamental workers' rights.
Theo McInnes’s photos of the annual event provide an intriguing snapshot of contemporary Britain.
Tristan O’Neill’s shots of dancers caught in moments of reverie at the height of rave’s golden age are a testament to the UK’s legendary club culture.
Photographer Sean Maung reflects on documenting a small town in Pennsylvania afflicted by high levels of unemployment, poverty, violence, crime, and addiction.
A new podcast is opening up the conversation between trans women and trans amorous men in the hope of building coalitions.