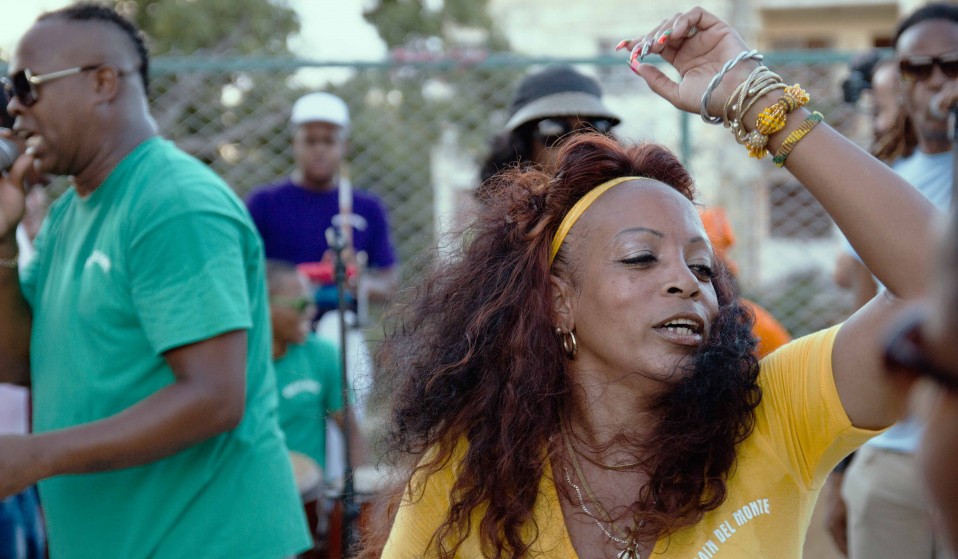 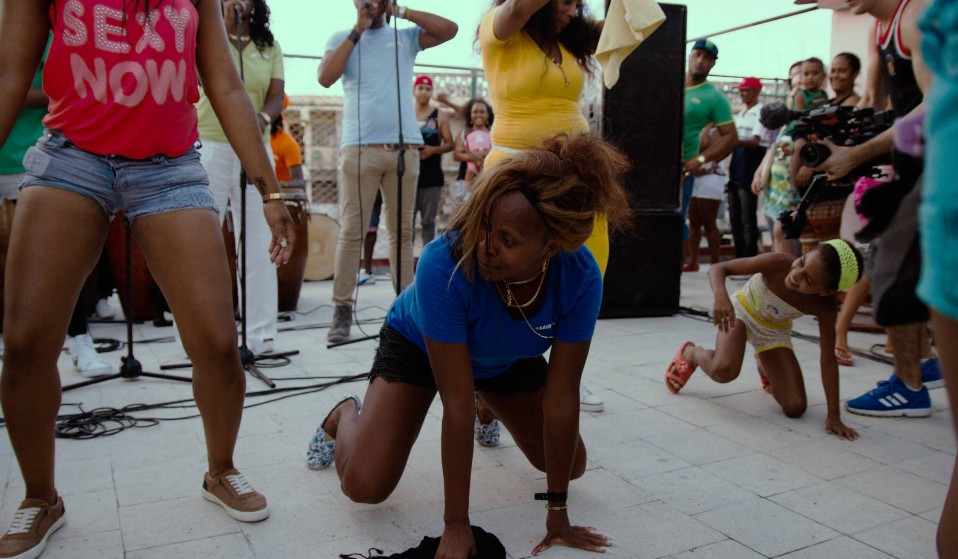 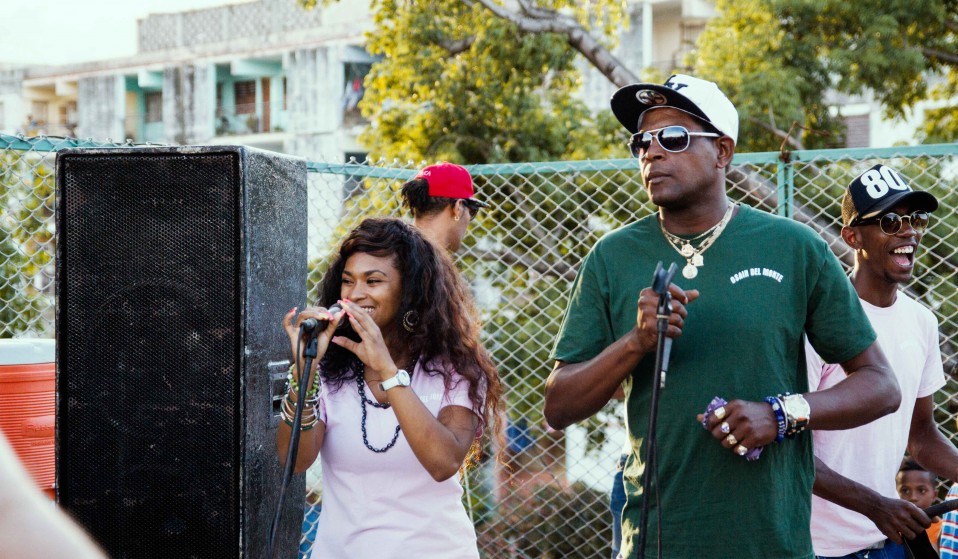 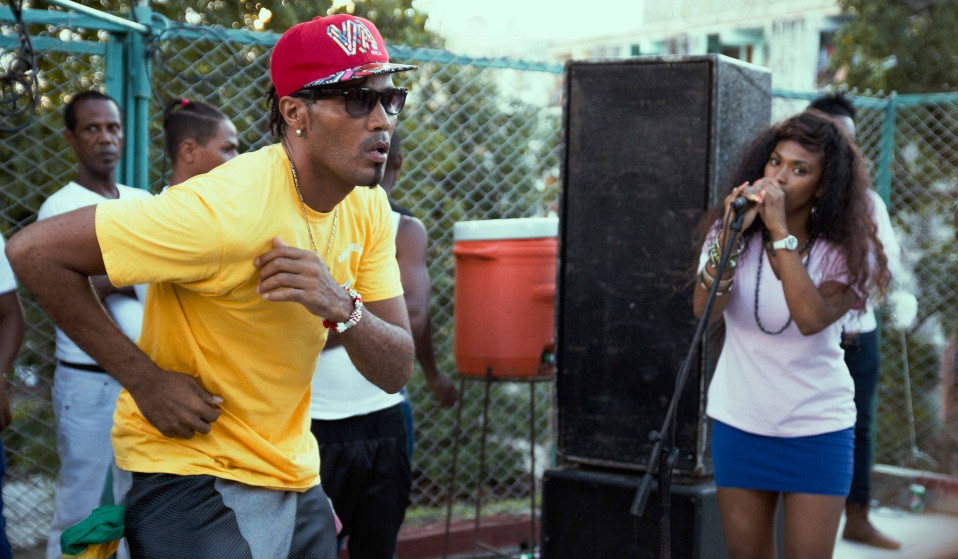 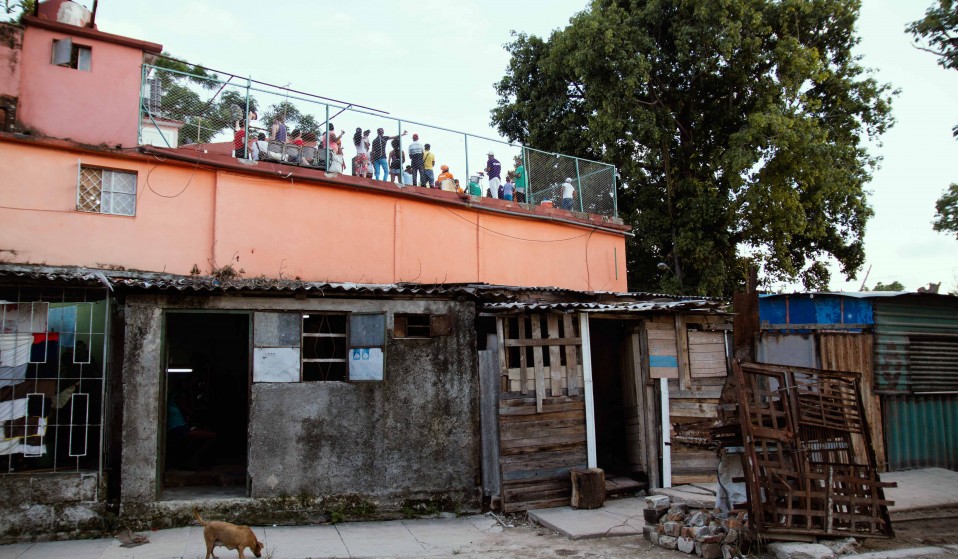 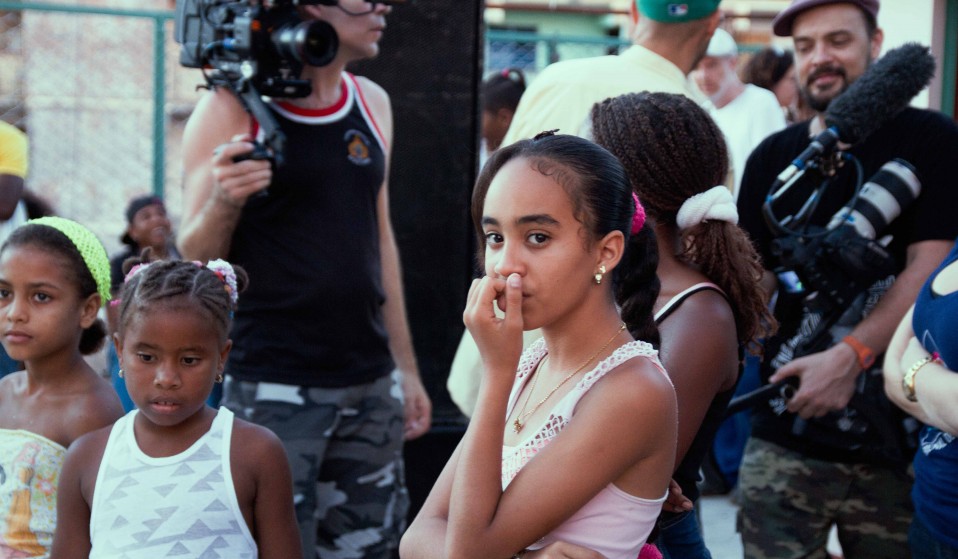 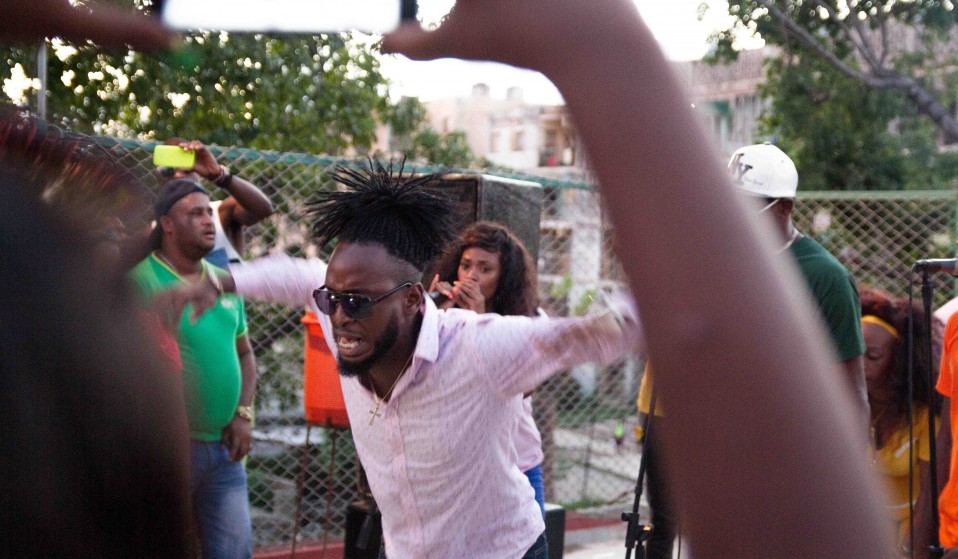 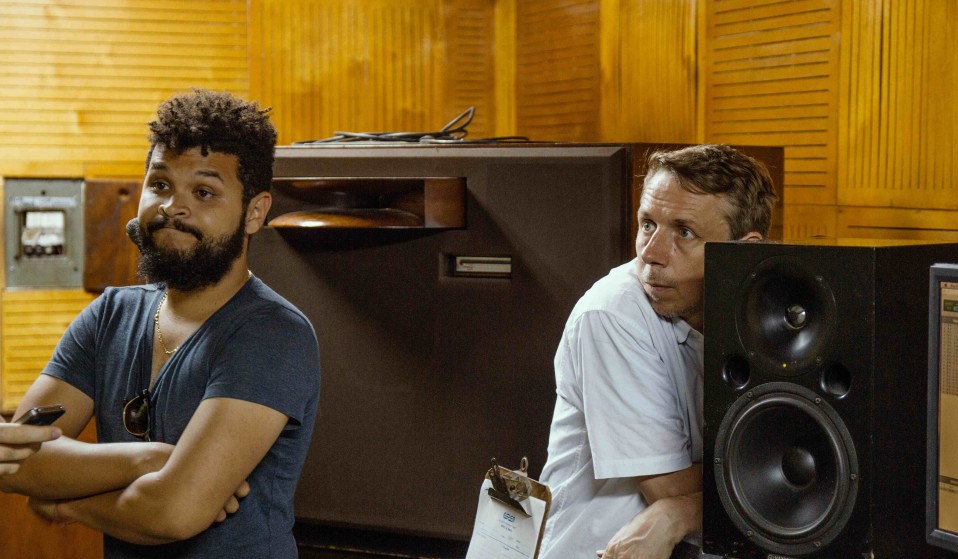 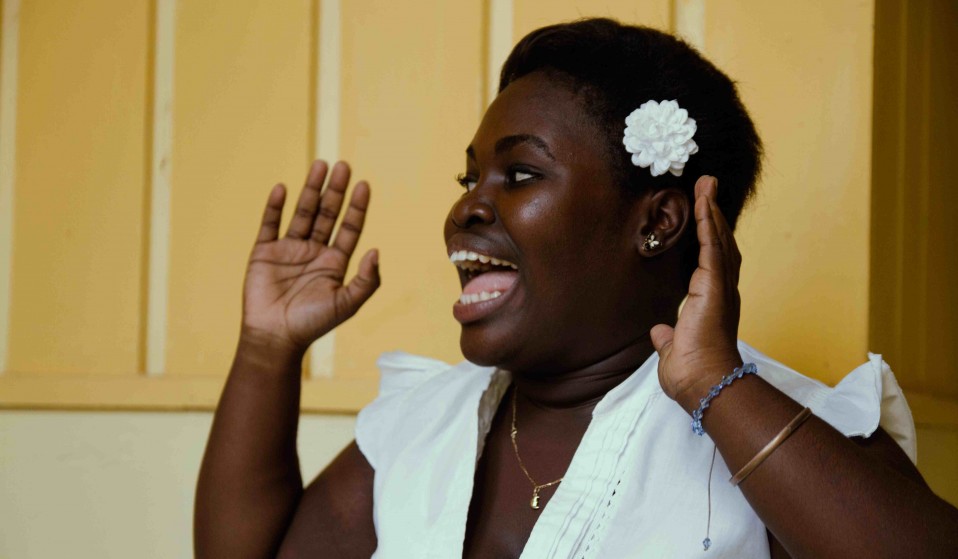 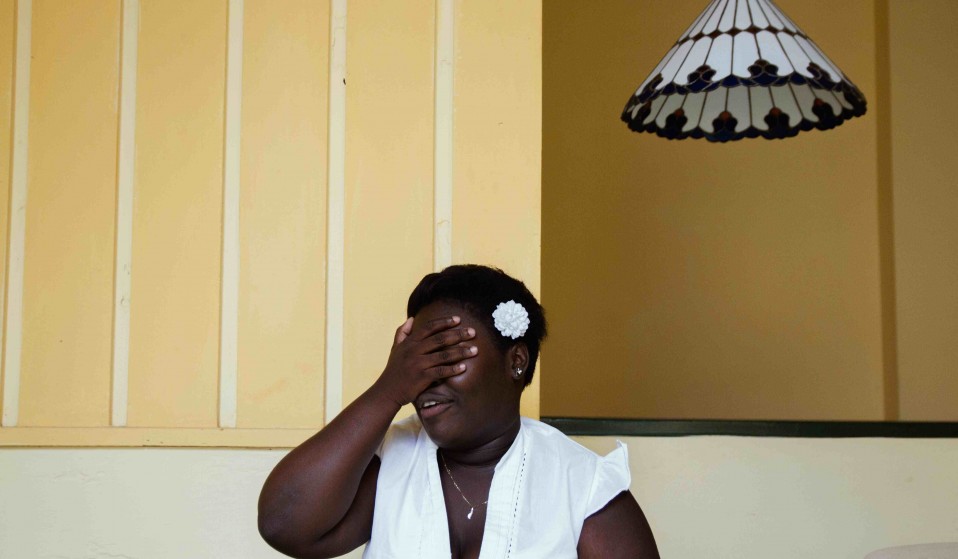 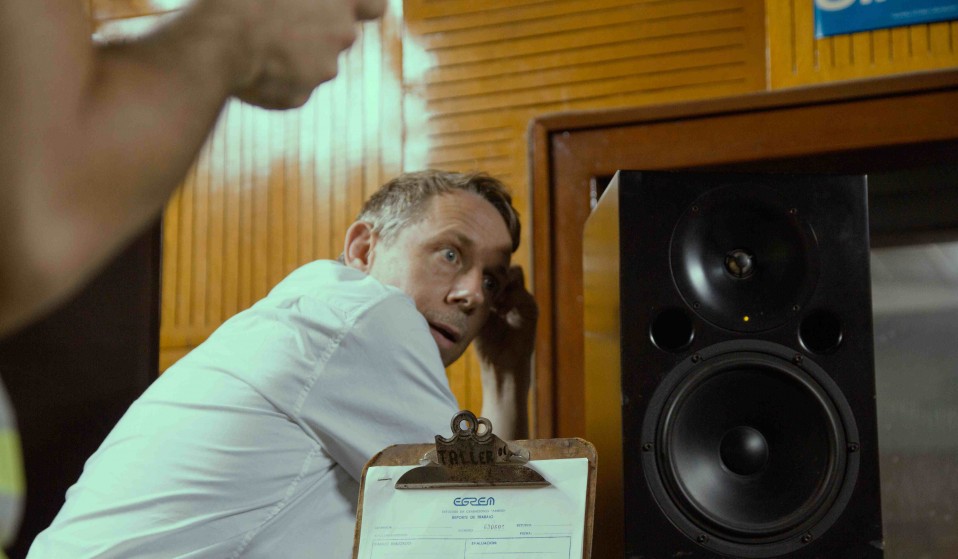 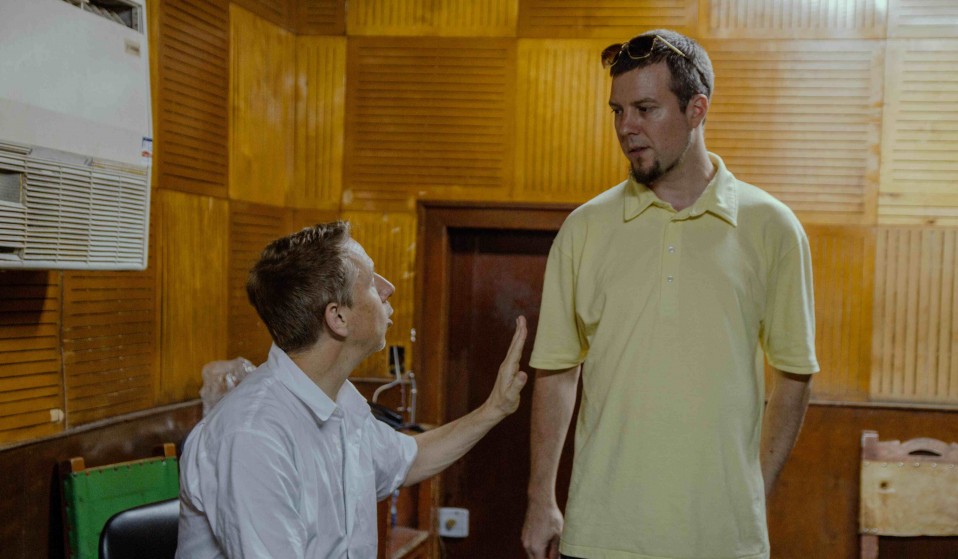 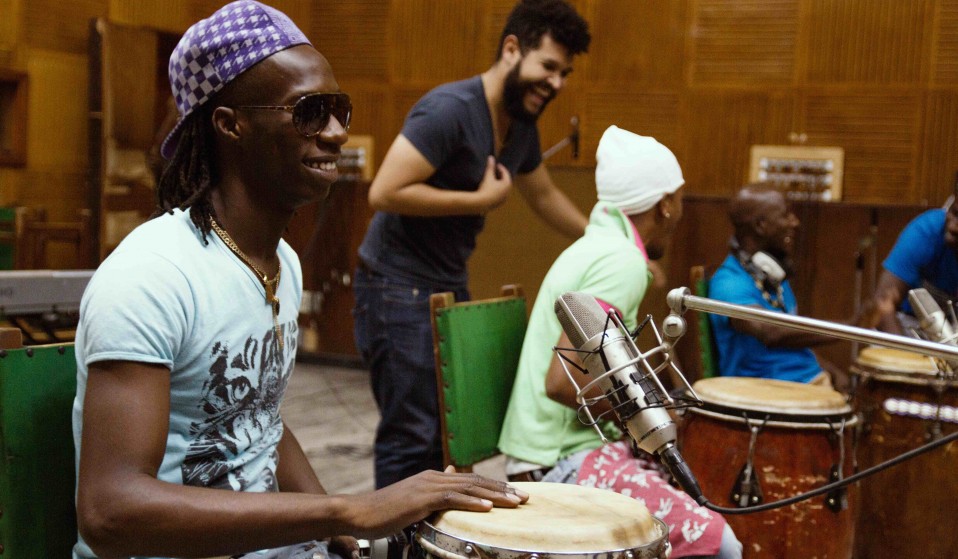 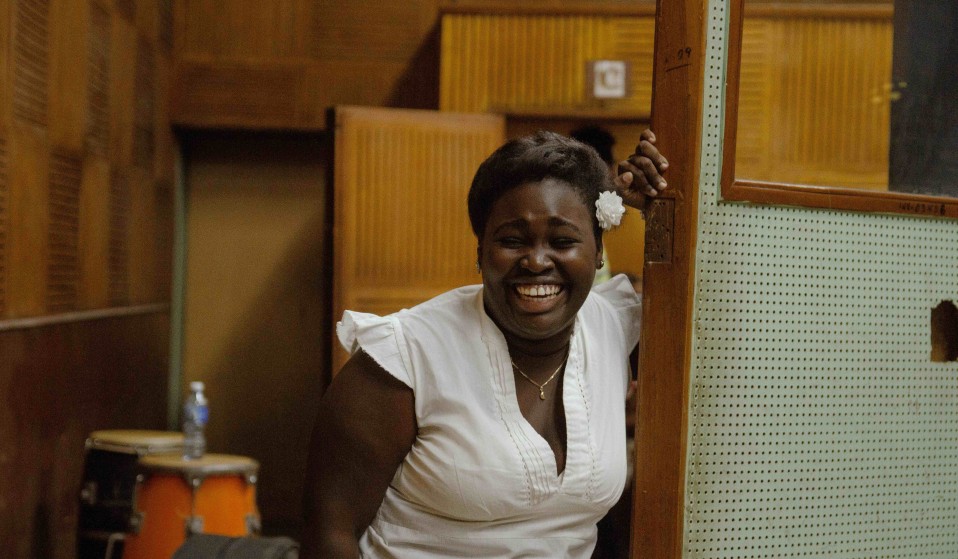 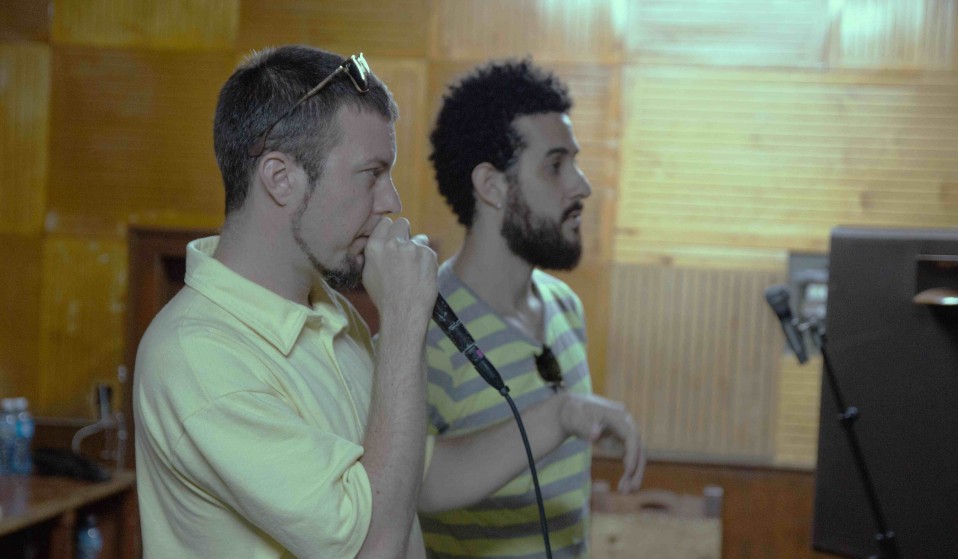 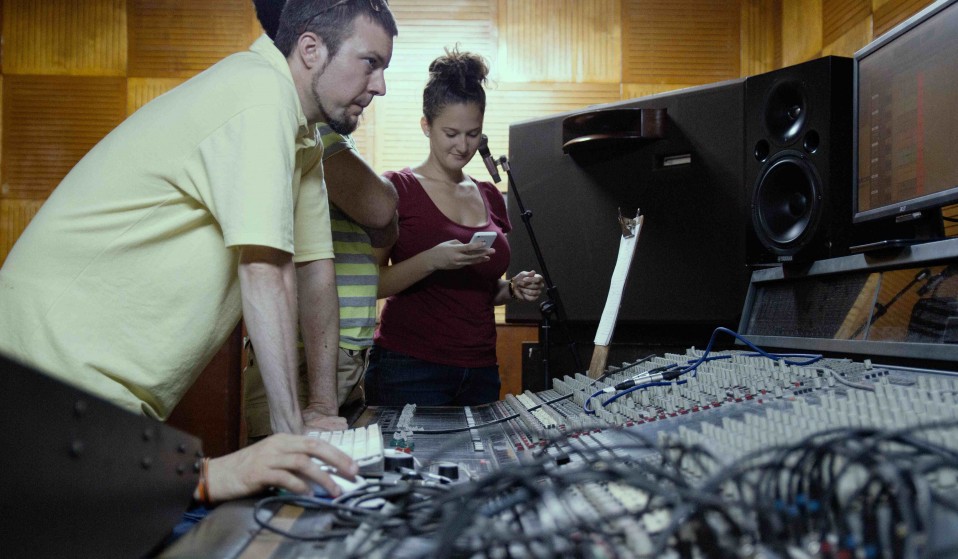 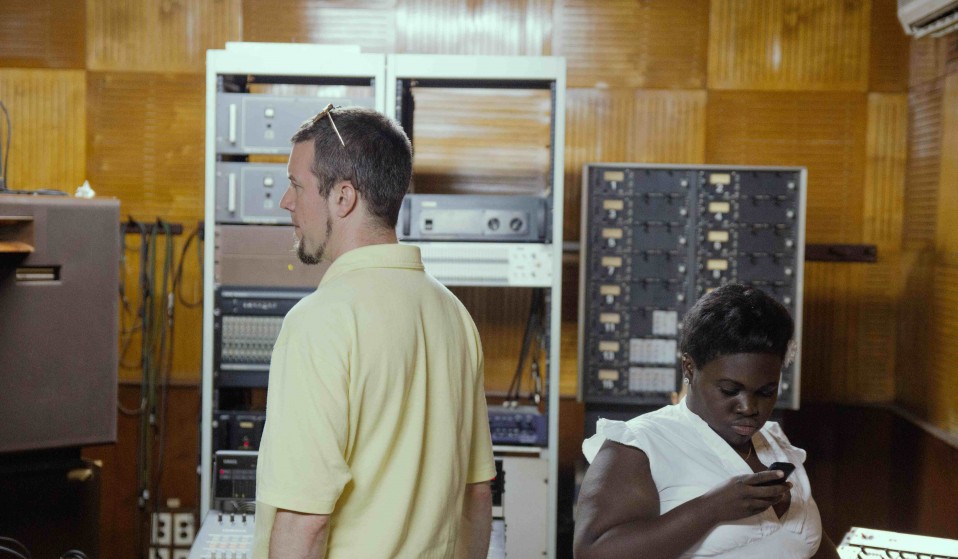 Tastemaker and legend of the world music and club culture scenes Gilles Peterson recently touched down in Havana to shoot a new documentary on Afro-Cuban rumba. The film is a collaboration between his London-based record label Brownswood Recordings and Havana Cultura; a Havana Club International project that celebrates Cuba’s contemporary artistic culture. Peterson has been visiting Cuba for the last six years and produced a series of albums including Havana Cultura: The Soundclash, New Cuba Sound and Mala in Cuba, which bring together the modern sounds and voices of the island. Now Gilles is back, “To get to the bottom of what Rumba is all about.”

“[Rumba] is more of a momentary event… like a happening,” Peterson explains. “[It combines] music, mind, rhythm… party, thought and comedy.” The investigation of this funk-heavy tradition led the globetrotting DJ and filmmakers Charlie Inman and Ben Holman from the heart of capital out to the suburbs and finally Mantanzas, a province one hour east of Havana where rumba’s rhythm has been beating for generations.

For Peterson, the result has been a deeper, more detailed understanding of the genre. “[It’s been] an education,” he explains. “There are the rhythms, guaguancó, yambú, columbia, but then you’ve got all these other variations that I’ve been discovering from Abakuà, to the more Santería side of it.” Rumba has experienced many changes over the years, with evolution shaped by its contemporary context. The documentary explores the sounds of both the traditionalists and a younger generation of Rumberos who have brought their own interpretations to further enrich the fabric of Cuban culture.

As a crossroads between African and European musical traditions, Cuba has had a huge impact on music worldwide and rumba in particular shares strong connections with other genres with African roots, such as hip hop and jazz. But Peterson argues its influence can be felt in more unexpected corners of the musical universe, like club culture and house. “[Rumba is] the ready-made DIY party,” he explains. “What makes it even more exceptional is the fact that there’s the music, the rhythm and then you’ve got the vocals, the storytelling and the dancing, so you have all the elements of club culture in one. It goes back hundreds of years, with that whole connection to Africa, and the different sides of Africa and aspects of Abakuà to Santería to more party style moods.”

Gilles rates the team’s stint in Matanzas in search of the nephew of the great Cha Cha and his original set of consecrated Batá drums as a highlight of the trip. “[What we found] was like the equivalent of finding the holy grail in a little side street in Matanzas,” he explains. “That was quite an incredible moment for us to be able to experience the first set of Bata drums made in Cuba, that was a really deep moment.”

Alongside the documentary, Gilles and French DJ and producer Simbad recorded material at the hallowed Egrem studios, featuring the refreshing and indisputable new talent Daymé Arocena. The young songstress who recently released her debut album Nueva Era, graduated from Conservatorio Amadeo Roldán and participated in the internationally renowned JoJazz Young Jazz musicians competition before. Now she is acting as fixer and insider guide for Peterson’s documentary and collaborating in the studio with Simbad, who DJed at the Havana Cultura inauguration party for the 12th Havana Biennial which takes over the city through June 22. “We have been searching for Rumba, we have been going around, asking, experiencing, squeezing out… trying to discover the bases of what is today a genre which marks the entire world,” she explains.

The 22 year old also highlighted the importance of the initiative for her, both professionally and as a Cuban artist. “Knowing that people outside of my country are receiving what is going on in Cuba from my perspective is a great responsibility but at the same time a beautiful task,” she explains. “I feel bad because after this investigation I realised that I didn’t know even half of the things that being a Cuban one should know. The song [on the album] that says get to know Cuba first and abroad later on is very valid. I’ve been travelling around the world and didn’t even know what is truly my rumba, my Cuban music.”

Both Gilles and Daymé hope the results of the project are felt here on the island, despite Havana Cultura’s primary goal of promoting Cuban culture abroad. “There are lots of people killing it in Havana but people don’t know about them,” Daymé explains. “There are so many people in the streets, creating with new ideas, at the vanguard.”

The main barrier to greater diffusion is Cuba’s music industry, which lacks the necessary resources and development to be able to support the majority of its artists. These limitations – material, structural and managerial – are due in part to the U.S. embargo, which despite the historic December 17, 2014 announcements by presidents Raul Castro and Barack Obama to move toward normalising relations, remains in force; hampering global trade with the island nation for over 50 years and inhibiting Cuba’s access to vital resources for development across all sectors.

Inspired by the DJ and label owner’s love and respect for music and its human traditions, Peterson’s documentary promises to add more to the conversation surrounding Cuban music through its investigation of rumba. By going beyond the staple names such as Buena Vista Social Club, Chucho Valdés, and Los Van Van, it aims to create a gateway to lesser known corners of the island’s thriving musical community and in turn provide a platform for a wider variety of Cuba’s diverse and innovative musical ambassadors to reach a global audience. “We are coming here and celebrating great artists who represent Cuba in a brilliant way,” Peterson explains. “With this series of records I’m to trying to give people in the outside world, outside of Cuba an idea of what’s going on here.”

Gilles Peterson’s rumba documentary and album will be out later in the year.

Linkedin
RELATED ARTICLES
OTHER ARTICLES
From the Yakuza to a biker gang, Bruce Gilden recounts capturing Tokyo and Osaka in the ‘90s.
While protests over abortion rights rage in the US, access to abortion services is still almost nonexistent in parts of the UK.
In the last of our dispatches from OFFF Barcelona, Rufus Deuchler and Vincent Gault discuss the future of creative process.
Government plans to make it harder for people to go to university will only entrench inequality.
Whether posing for portraits, making her own images or collecting works, the artist recognised the impact of photography at a time when it was not a widely accepted art form.
In our first OFFF Dispatch piece, the Arce Studio founder shares her tips on standing out from the crowd.