Art & Culture / Music / From music to politics, GIRLI is sick of young people not being taken seriously 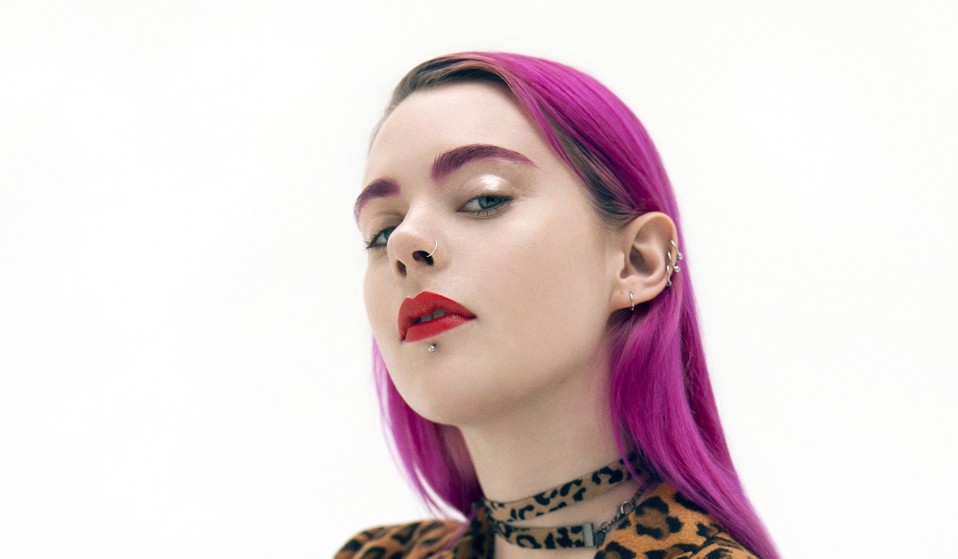 At GIRLI's first gig, male promoters laughed in her face. Now she's demanding all young people be listened to, whether it's on stage or at the ballot box.

When 19-year-old GIRLI got started in the music industry as a teenager, promoters and punters laughed in her face. Now she's demanding all young people be listened to, whether it's on stage or at the ballot box.

It’s not often that a 19-year-old pop musician gets called “controversial”, “polarising” and “offensive” by pretty much every journalist they meet. But that’s exactly how London-based GIRLI aka Milly Toomey is perceived.

Her take on bubblegum pop is engaged in the social landscape our generation has grown up in, but her no-shits-given attitude ruffles some people the wrong way. She’s been making music since the age of 15, and it has always caught people’s attention. No doubt it’ll be the same with her new single – ‘Feel Ok’ – which dropped just last week.

As far as GIRLI is concerned, though, it’s time that all young people are taken more seriously, whether that’s promoters accepting young women can have talent, or finally extending the right to vote in Britain to people aged 16 and 17.

Where did the name Girli come from?
I wanted to have a name that represented the powerful woman, really. I love Blondie, and love their name. Debbie Harry always said they called themselves Blondie because she’d get cat-called, with men yelling “blondie” at her on the street. I like the idea of reclaiming language.

Let’s talk about being taken seriously. You started out young in music. What did people make of you?
I dropped out of college at 17, but started making music at 15, to be honest. I got quite a lot of shit at school, being teased and stuff. I didn’t feel like I could express myself at all there, so we started a band.

When I stared out, people didn’t take us seriously at all. Me and two girls started this group, Ask Martin. We’d go and play gigs in old men’s pubs and shitty bars with old men promoting them. They’d look at us girls and think they could rip us off, take the piss and laugh at us.

Then I’d take out a guitar, one of the others would get onto the drums, and they’d expect us to be useless. It was like, ‘Yes, we’re girls who play instruments; we have something to say. Thanks.’ 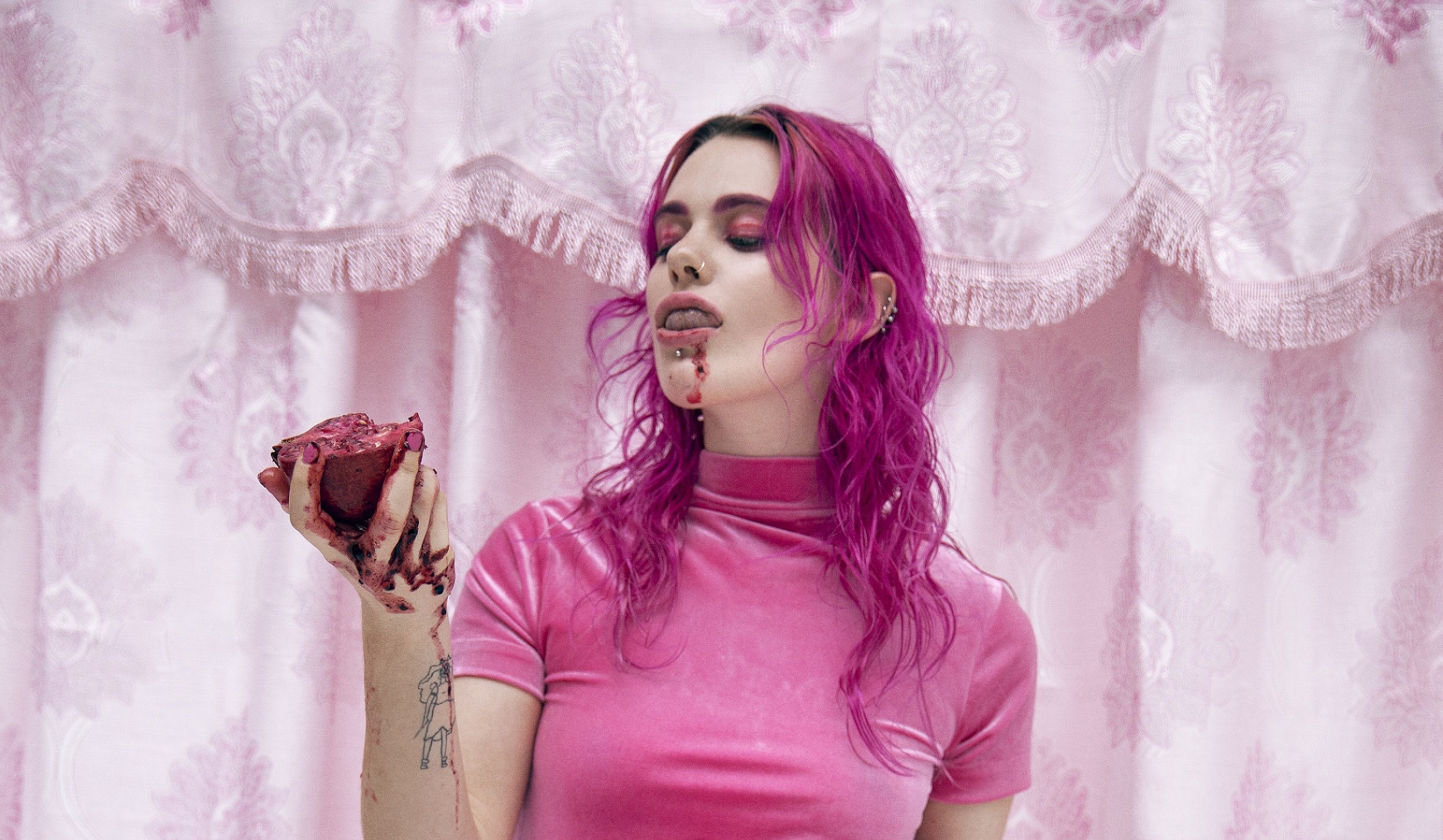 Has that changed now, a few years on?
It’s gone to extremes now really, as we’ve gone further I’ve become more accepted by a lot of people, but it’s the polar opposite on the other end where I face massive resistance. If I do a support show or a festival, people just shout ‘What the fuck is this?’ They go online and say I have daddy issues, as if to be an outspoken woman I need to have been mistreated as a child.

I never look at comments, but one time I did when I was drunk. The comments on the ‘Girls Get Angry Too’ video were genuinely horrific: “Err, she’s just another feminist”; “She needs to go home and be quiet”; “She has cellulite on her legs”. It’s the shit you just get as a woman. I can’t do a song about not wanting to get patronised without receiving so much abuse. But a guy can make a song about ‘fucking all the bitches in the car’ and they’re like, ‘Yeah, what a lad.’ It doesn’t make sense.

You talk about politics a lot in your music. Why?
It wasn’t really a choice, I just write about what I’m thinking about and what matters to me. I also do write songs about fancying someone, and that’s just as important to me as something about homophobia or sexism.

I’ve been interested in politics from a young age, we went to protests a lot, starting out with Slut-Walk. It was organised by a friend of mine, to make a point about victim-blaming. I’ve always been involved in women’s issues because they affect me, same with LGBT issues, and now I’m starting to realise that we need to talk about stuff that doesn’t just impact us directly too. It’s why I’ll be voting for Jeremy Corbyn in the general election. The Labour manifesto has given me so much hope. 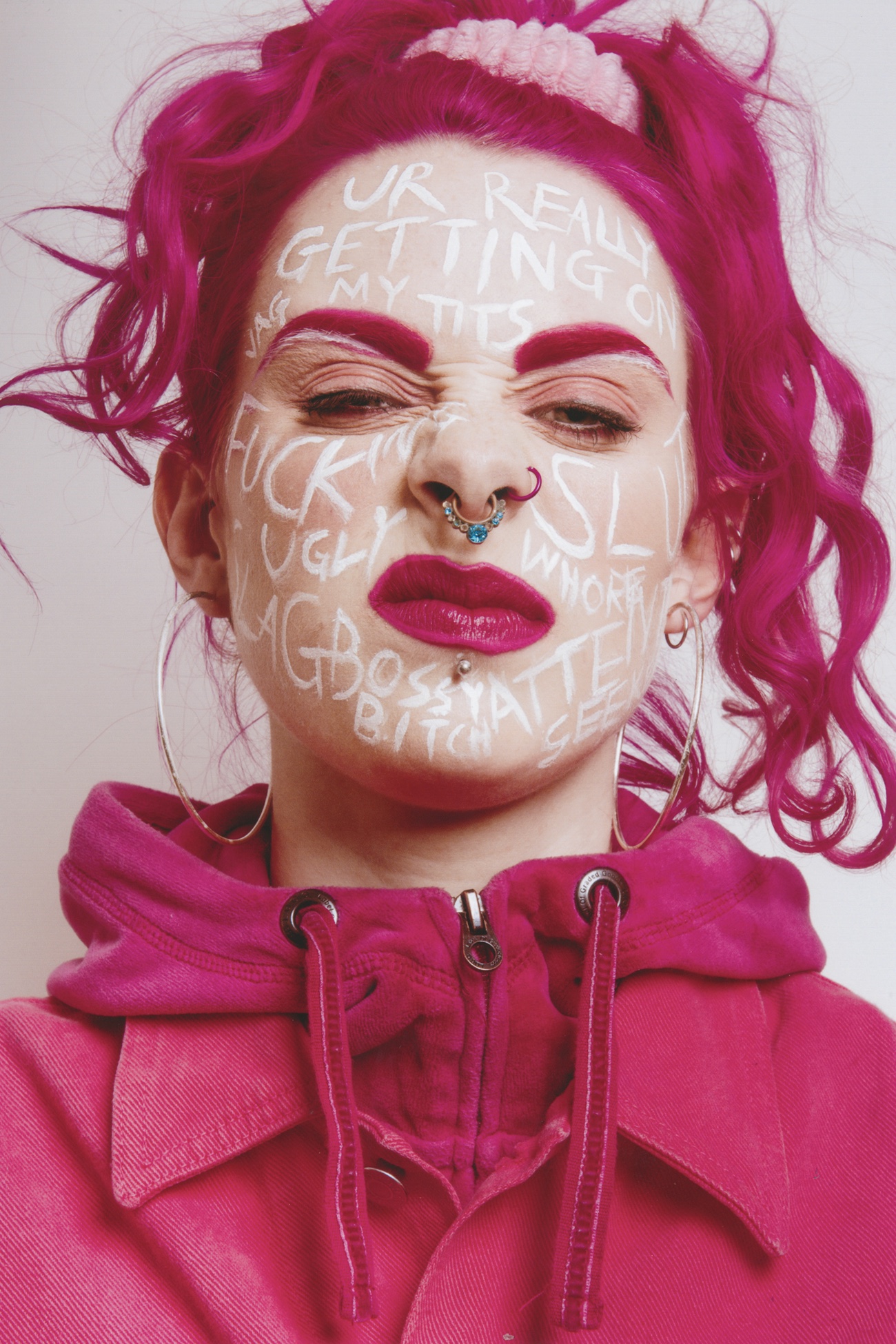 In the Labour manifesto, there’s a promise to give 16- and 18-year-olds the vote. Do you reckon that’s a good idea?
I was 16 during the last general election and I think I – along with everyone else my age – should have been able to vote. The idea that 16- to 18-year-olds don’t have a clue is completely unfair and untrue. Our voices matter. If we’d been able to vote in the referendum we’d have stayed in the EU.

If we can be trusted to get a full-time job, pay taxes, be in the army, get married and have sex, why not vote? Let’s use sex as an example. When you’re 16, you’re allowed to have sex, but it doesn’t mean you’re going to be amazing at sex the first time you have it. Once you’re allowed to do something you get better at it, you understand it, you engage with it. By the time you’re 25, you’re fucking rocking the sack!

But if you deny 16-year-olds the chance to be involved in politics, then what’s the incentive to engage with it? That’s the time we’re in school and could be learning about politics, talking to our peers. At 18, you’re out in the world and it’s easy to lose contact with politics.

Sixteen is a prime time for education, but why would we give a shit about what’s going on at that age if we have no say? We need to be able to vote.

People seem to say in pieces about you that you’re controversial, polarising, love/hate… Is that true?
I think it’s true in some situations. There are definitely people who are shocked by what I do. Music fans are embracing it, though. I don’t think I’m controversial. If I was a guy saying what I say nobody would be surprised or shocked. I just have opinions. Why is me talking about periods controversial? Why is me talking about a woman’s body shock-horror?

I want to be in a world where I can throw tampons into an audience and people don’t get angry.

Do you do that a lot?
Yeah. People love it, mostly. They take them home. Tampons are expensive, man. Scrap the tampon-tax!

Linkedin
RELATED ARTICLES
OTHER ARTICLES
Activists and campaigners are fighting back against new laws that would seriously undermine the ability to take industrial action, calling it an attack on fundamental workers' rights.
A new film from Berghaus traces the story of Adam Raja, who left behind a turbulent upbringing to discover the healing power of climbing.
The pro skateboarder withdrew from the 2020 Olympic Games so he could come out as trans. Now, he’s hoping to encourage others to live as their authentic selves – within the sport and beyond.
Jeffrey Henson Scales intimate portraits and protest images of the BPP and its leaders offer a rare insight into organisation at a time of societal upheaval.
Yohon Tatum, aka Legendary Father of the House of Tisci, reflects on nurturing a new generation of talent.
Mass crustacean die-offs in the North East have led a community of fishermen to take action to save their seas.