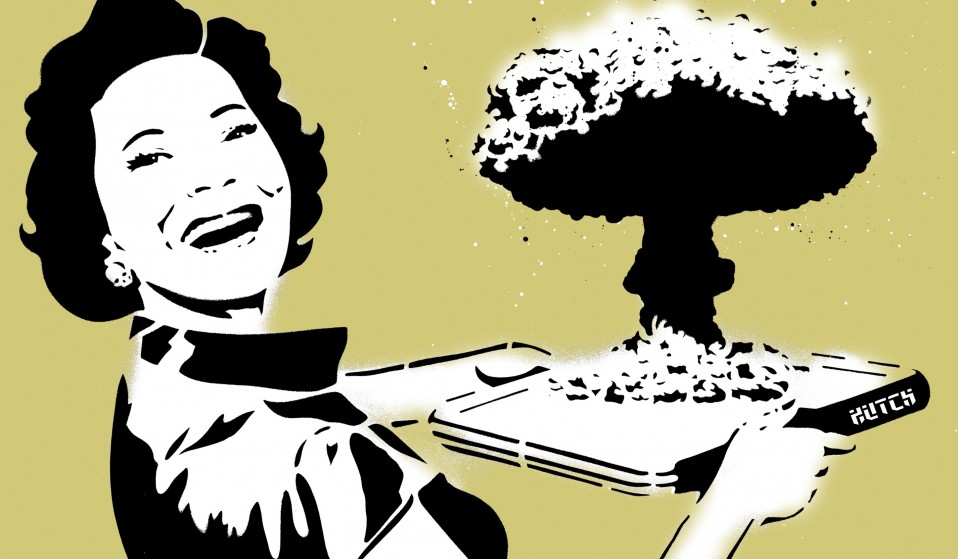 Glastonbury is set to launch its first woman only venue, when the UK’s largest music festival kicks off later this month. The Sisterhood champions itself as a space run by and for women, as reports of assault and harassment continue to rise. But do we need a safe space at such a politically aware festival?

Glastonbury is set to launch its first woman only venue, when the UK’s largest music festival kicks off later this month. The Sisterhood champions itself as a space run by and for women, as reports of assault and harassment continue to rise. But do we need a safe space at such a politically aware festival?

With recent criticisms that promises made by Emily Eavis of Glastonbury of strong women’s presence in this year’s line-up had somewhat underwhelming results, it seems that the Glasto team have been working hard elsewhere to address gender equality at the festival.

The Sisterhood is a project run by and for women, open of the first time at this year’s festival, as a collective and a venue. Only women will be allowed into the space, meaning punters and performers to the security and bar staff will have to identify as women.

The venue will host workshops and dance parties to educate women, and offer a safe space to party too. Although exclusively for women, the Sisterhood aims to be inclusive by welcoming all women, regardless of race, ethnicity, socioeconomic background or gender identity. As long as you’re a woman you are free to join the party (or carpentry workshop).

The venue has been inspired by this year’s Shangri-La’s theme ‘Media Hell – Truth and Lies’, and encourages festival goers to rethink the information fed to them by the media. Some men have taken to the internet to ask where there spaces are, although the responses of “everywhere else” have been forthcoming.

One of the team members behind the venue, Camille Barton, is confident about the project. “It’s clear that people have very strong opinions about it,” commenting on the explosion of conversation which is already underway on social media. Rather than being defensive about critique on sites like Twitter, she hopes that the venue will encourage conversation about the need for safe spaces.

“If it turns out we don’t need these spaces after all, then great. But the reaction we have gotten from Twitter and things like that, is that’s it’s something that women are really excited about.”

Camille is excited about the possibilities a safe space for women could harbour and the energy that it could create. Although she acknowledges that Glastonbury is a microcosm of liberal and creative ideas, she still feels that it reflects the macrocosm in which sexism affects our everyday lives.

“It can be really beautiful and healing for women to come together and play and participate together on their own terms,” she explains “I’m not suggesting that men at Glastonbury are all lecherous, because they’re not. But I think that women can sometimes find themselves policing their own bodies. We want to give women the freedom to express themselves without worrying about this, and I feel that amazing things could happen as a result.”

Perhaps the political landscape of Glastonbury would be the perfect ground for such an experiment. “Glastonbury has a strong history of engaging the hearts and minds of various causes,” suggests Camille. “With explosions in recent years of various types of feminisms it’s interesting to see how this all comes together. It’s really poignant to see how intersectional feminists are using this.”

Linkedin
RELATED ARTICLES
OTHER ARTICLES
A recent High Court ruling against the right to wild camp in Dartmoor National Park sparked the largest land protest in history – and campaigners say their fight is not over yet.
AI companies that develop image-generators using copyrighted artwork from the internet are coming under fire from artists who say that it amounts to theft.
The action took place in response to the 200 asylum-seeking children who were placed in hotels run by the Home Office who have gone missing.
Tristan O’Neill’s shots of dancers caught in moments of reverie at the height of rave’s golden age are a testament to the UK’s legendary club culture.
Following the release of his debut single, Deyaz talks battling addiction, dealing with his struggles through music, and building a budding music career from his living room.
Since 2007, Gideon Mendel has made 20 trips to document floods in 13 countries. The result is an alarming record of what has already been lost to the climate emergency.