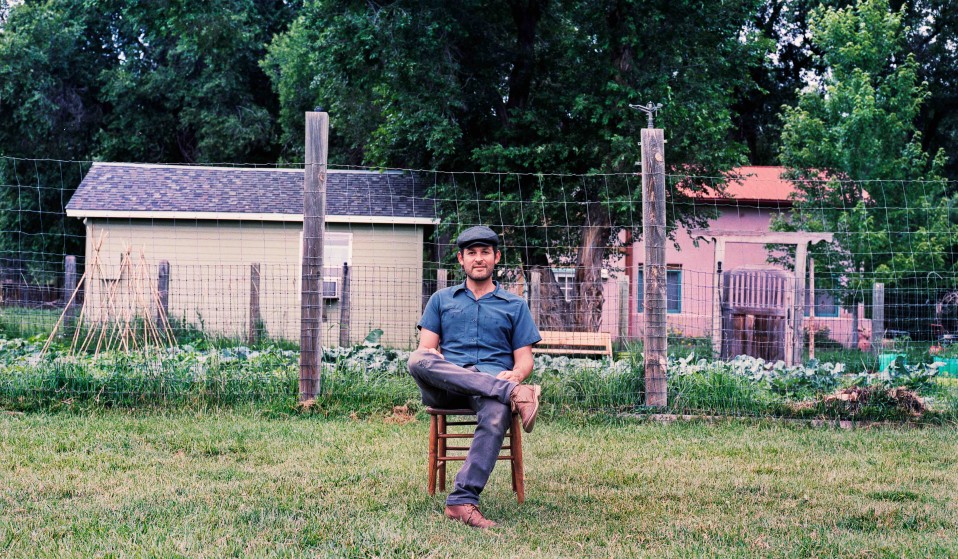 Gregory Alan Isakov might be touring the world with his band, but back at home in Colorado his four-and-a-half-acre farm is a sustainable nirvana: growing vegetables, medical cannabis and a whole lot more.

Gregory Alan Isakov comes to collect me from the Hammersmith Apollo lobby. He’s supporting Passenger on tour, stopping for two shows at this London venue with an ‘80s LA casino aesthetic.

He’s dressed casually in jeans, a checked shirt and a grey hat which he keeps on for the entire evening when we meet, and as we weave our way through the plastered corridors we discuss his stay in London so far. He’s been in the city before he says, and he loves it.

Gregory is a talented musician, but he’s also passionate about sustainable farming. Back at his four-and-a-half-acre farm in Colorado, he and seven friends tend to over 100 varieties of heirloom vegetables, plus beehives, chickens, medical cannabis and a group of sheep they call “the T-Swift pack.” All proceeds go to organisations like the non-profit Seed Savers Exchange, who promote sustainable agriculture. 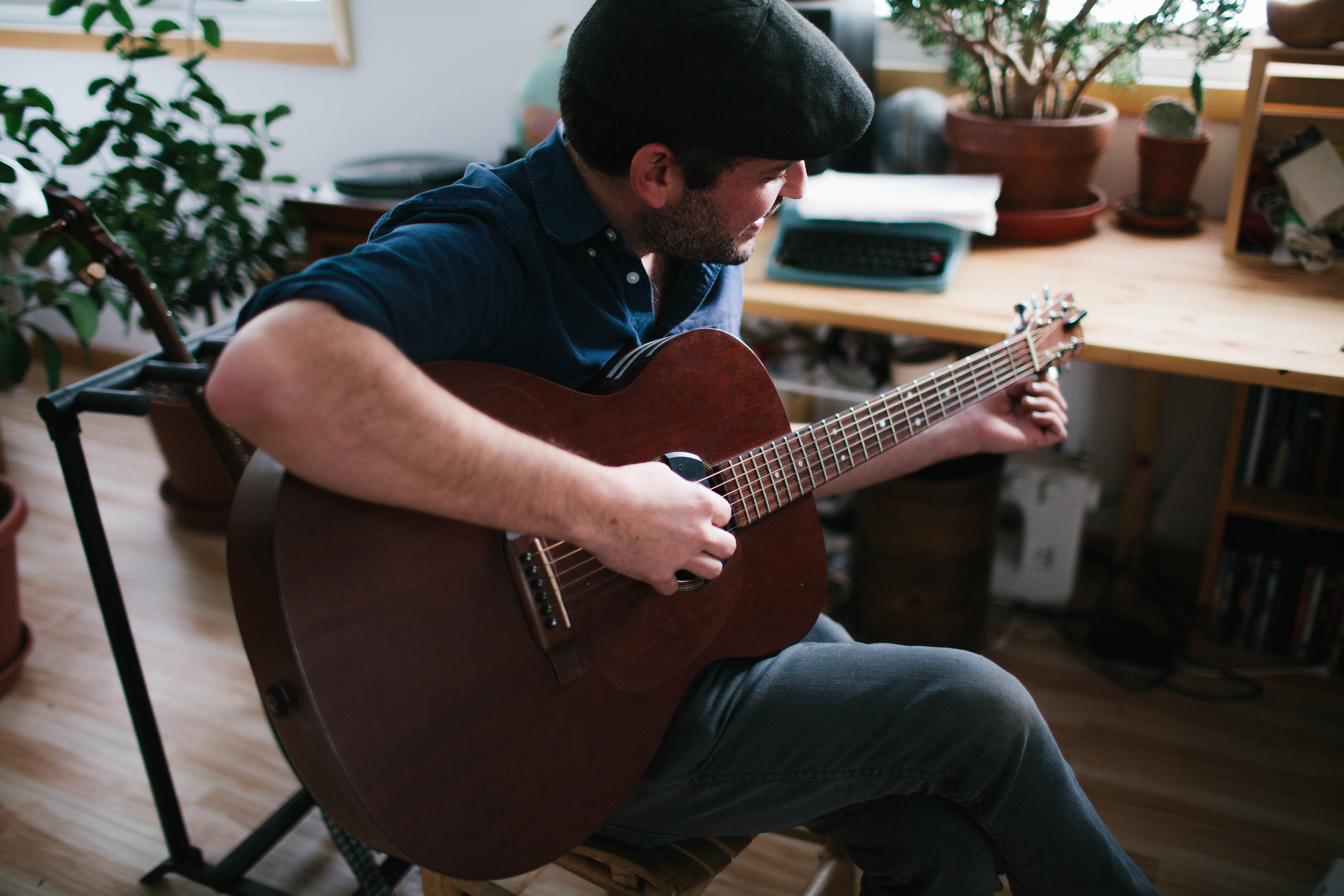 We eventually reach his grey-green dressing room lit with dim halogen lights, adorned with dark teak wood effect MDF fittings, and three creaky chairs lining the walls  in which we sit down to talk.

When did you start making music?
I think I’ve always played music, and my first instrument was drums. I was in a kind of metal band when I was 15, but I played saxophone in school and jazz sort of stuff. I never had a lesson in guitar, I just kept it for myself.

I always wrote a lot and I always wrote songs, but I never thought I would play them for other people, ever. It was just part of my day – I’d do it before work sometimes or work out something while I was at work and then come back and play before I went to bed. I think I was just dreadfully nervous about playing in front of other people for a long time and then I started and thought “this scares the shit out of me I should do this.” So I think that’s how it started.

I read that you used to camp a lot, was that what sparked your passion for nature?
I dropped out of high school and ended up hiking some of the Appalachian Trail along the East Coast of America, I think lot of young people do it as a sort of rite of passage. I had always wanted to do it, and I think it was the first time I felt sane, ever. I think affected me a lot, and then I’ve always loved plants and gardening. My grandmother was really into it and so I just applied to horticulture school in Colorado and I’m still there now. 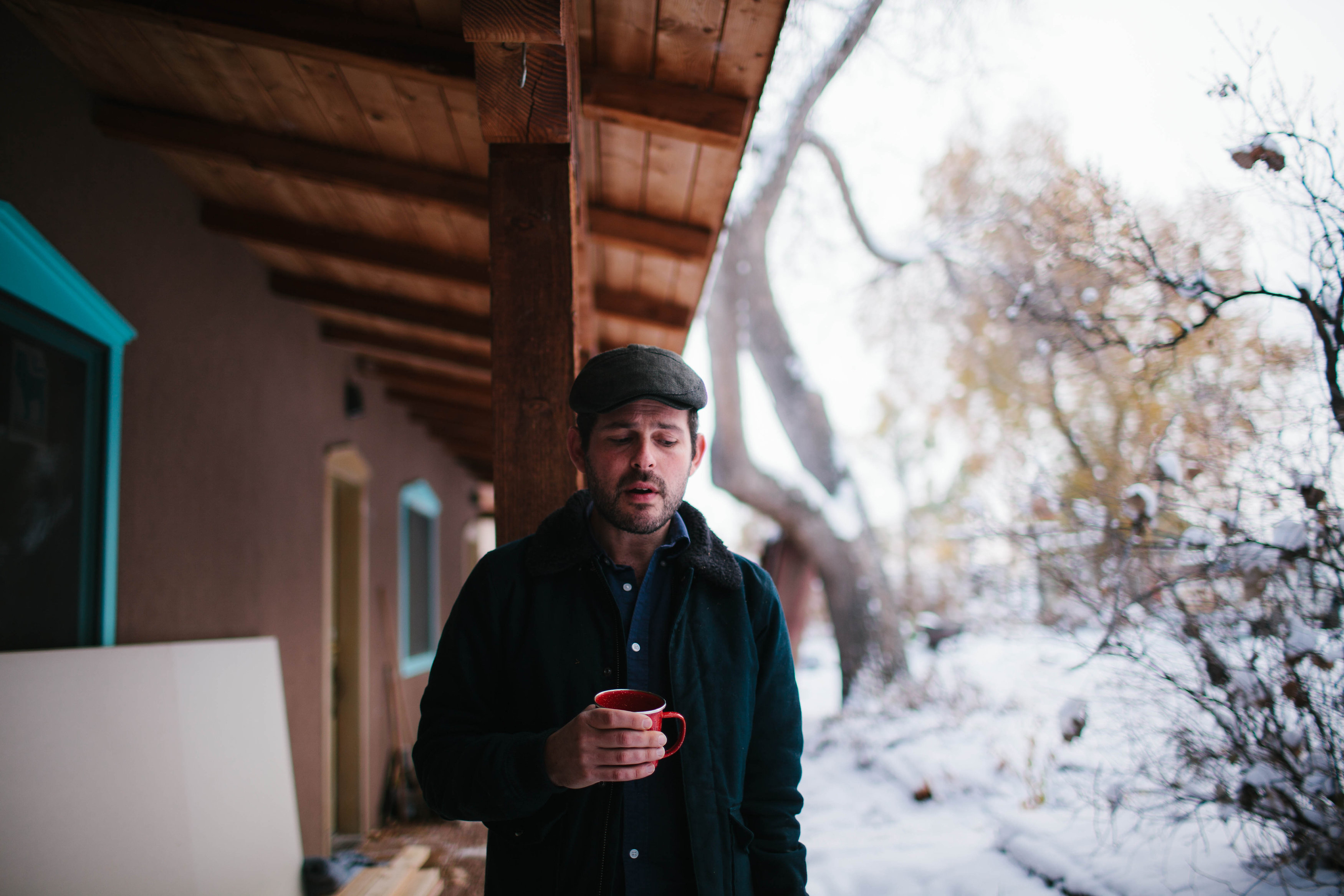 Why do you say it made you feel sane?
I’m sure every person can relate to this in some way, and I don’t know how to explain it. Maybe it was because it was quiet, beautiful. I think I really connected for the first time with myself. I was living in Philadelphia in the centre of the city at the time so it was the absolute contrast to everything that I had done before.

At what point did you start thinking, ‘I really want to have a farm’?
I’ve always really wanted that since I can remember. I worked on a lot of other people’s farms. I really started touring whilst I worked on a particular farm for about 4 or 5 years in Colorado. It belonged to a really amazing family who were super supportive and wouldn’t charge me rent when I was on tour because the winter was pretty off season so I would tour around then and then I’d work in the summer. 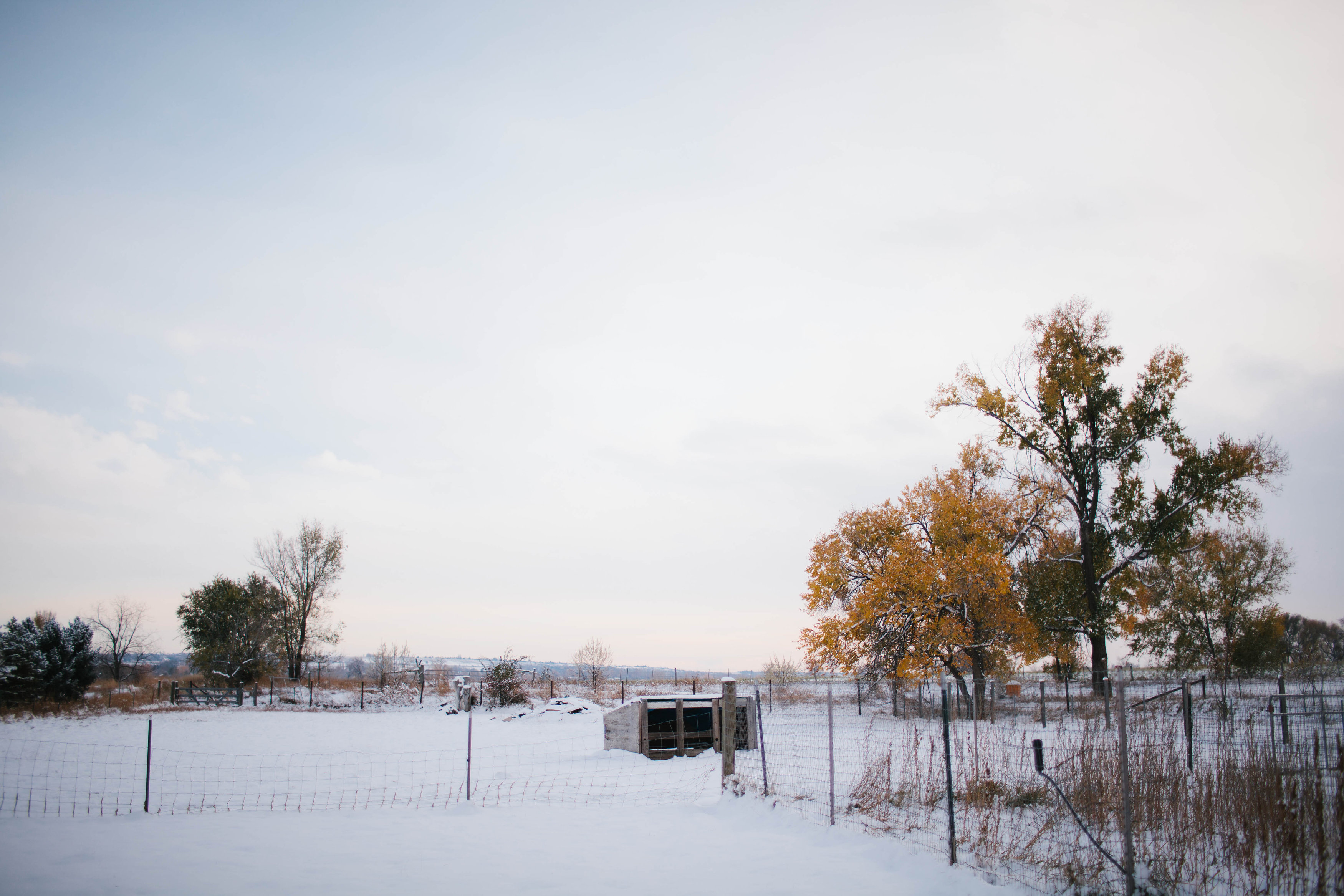 I’d lived there for a long time so it was a really great place to hone my songs and connect to music again. I think as a musician your hands kind of get soft and you lose connection to work. And that’s where a lot of my writing comes from, just spending time working that isn’t music related. I think it’s a really important part of my process and I don’t think I could give it up.

You’ve had your farm for 10 years now, how’s it going?
I’ve been working on farms for a long time – the place I’m working right now, it’s the fourth season there. We do food, a lot of vegetables and fruit, a lot of medicinal cannabis – because it’s Colorado we do that a lot for patients and then we have bees, eleven sheep now, and chickens. We have a lot of people.

Are you an environmental activist?
I don’t know if I would ever consider myself one. I am not very political in general, until recently actually. I think that this election made me want to know what’s going on more. I’ve never been like that before. 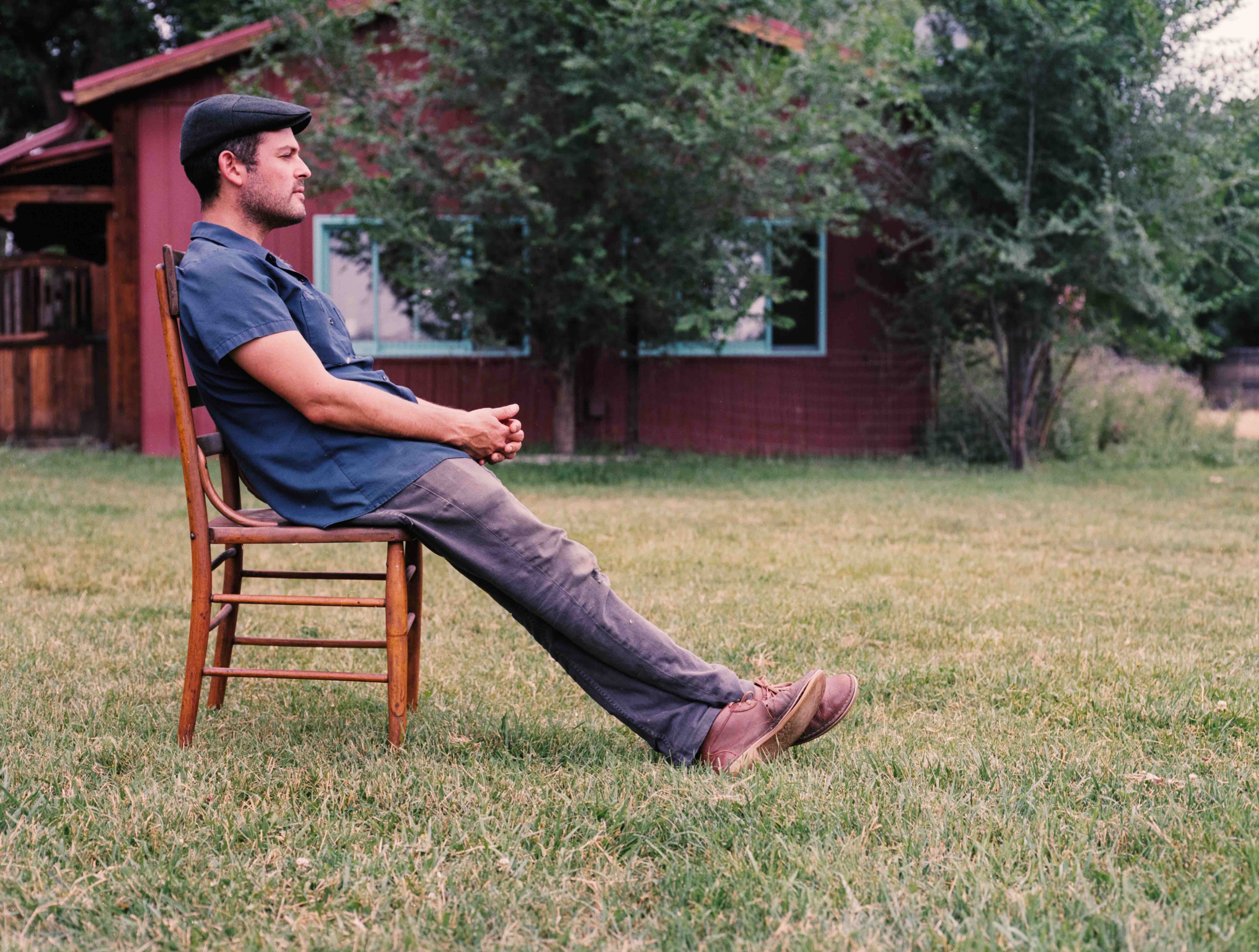 Is that because Trump’s apparent standpoint on the environment?
I remember when Obama was elected. I read The Onion as a way of learning about the news, and when Obama was in something in me said “we’re good…I don’t need to check, we’re probably fine…”

But I think now is kind of scary time, I think I need to be more responsible and more awake to what’s happening and I’m finding myself reading the Wall Street Journal, just reading a lot more about it. We kind of want to live in this utopia, that’s where I want to be at. I want to read Steinbeck and not the news and just live in my own world. But it’s a scary time to do that, and I feel like I want to be more awake.

Why did you decide to work with an orchestra for this latest album?
I don’t know where that came from. I think it was one of those things. You know when you write these lists, like, that would be cool if that ever happened. It was on one of those lists, to play with a symphony one day in my life before I die. It happened so fast that we played a show in Colorado and the conductor was there and was like this could be really cool let’s try it out. The show sold out and it was amazing, you know? 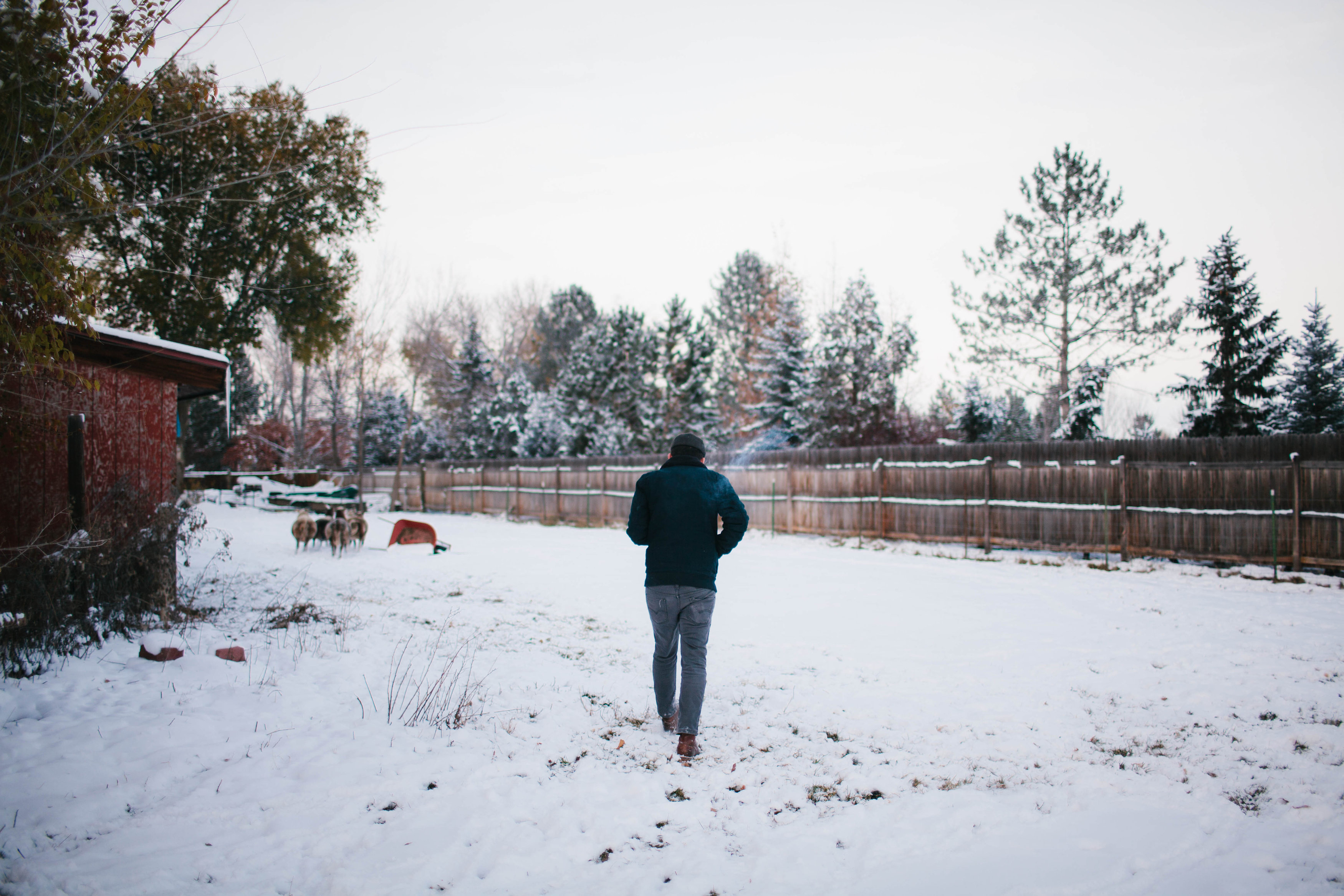 Do you still get nervous before a show?
Absolutely, every night. I’ve played, I don’t know, 1,500 shows in my life and it has never gone away. I guess I’ve just gotten cool with it? Once I start playing, it’s like I’m not even there. But the before part used to freak me out and now I’m like, oh yeah my body’s just doing that thing again.

What/who do you draw inspiration from?
I love Leonard Cohen, he’s probably my all-time hero, and I love John Steinbeck. I think Steinbeck would be one of my favourite song writers if he played music. And I love Billy Collins, he writes really simple poetry which slows you down but his poems are not very long. They’re very impeccable but short.

Gregory Alan Isakov will be touring until March 2017 with his band.

Linkedin
RELATED ARTICLES
OTHER ARTICLES
Jeffrey Henson Scales intimate portraits and protest images of the BPP and its leaders offer a rare insight into organisation at a time of societal upheaval.
After a two-year hiatus and a new album, the Nigerian artist is riding high. Now, he wants to bring his alternative, genre-bending sound to the world.
A group of aid workers face prison for helping to save people fleeing their homes at sea. If they are charged, it will have a chilling effect on humanitarian efforts.
A new law change is enabling Britain’s donor-conceived children to know the truth about their origins – but campaigners say the fertility industry must do more to protect people.
After building his reputation covering the US civil rights movement in the 1960s, the photographer went on to produce some of the most enduring images of the past century.
The first-generation graffiti artist reflects on the tagging’s emergence as an art form and the players who pushed the medium forward.