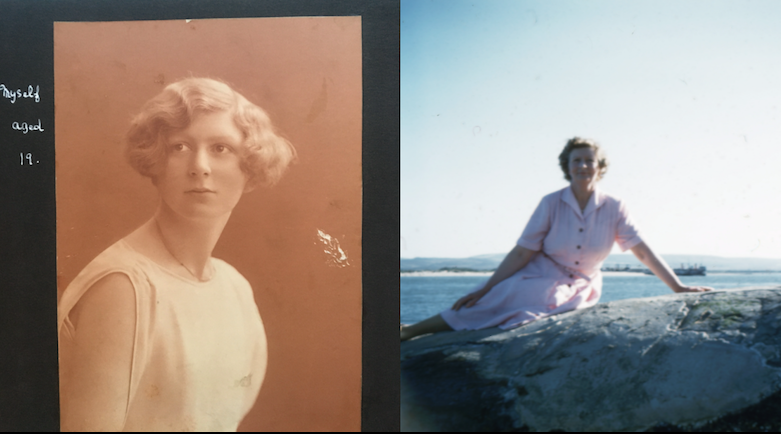 We speak to musicians and brother-in-laws Tom Fraser and The Verve’s Simon Tong about reviving a late relative’s legacy after stumbling on her music by chance.

We speak to musicians and brother-in-laws Tom Fraser and The Verve’s Simon Tong about reviving a late relative’s legacy after stumbling on her music by chance.

Mirabel “Mirry” Lomer died 40 years ago, but only now is a spotlight shining on her talents. Mirry was a carer, and while she dabbled in music and recorded a series of her own compositions in the late 1950s and early 60s, there were never plans to release these songs or play them to anyone beyond her immediate circle of friends. Born in Ireland in 1905, Lomer relocated to Wiltshire where she worked as a care assistant, and it was with her nephew and confidant Geoffrey Drage – on hand with a tape machine – that she found the confidence to explore her music after initially being discouraged by her immediate family. When she died in the early ‘80s, it was assumed her music would die with her.

Scottish musician Tom Fraser found a scratchy Transco record while doing a house clearance after Lomer died. He hung onto the recording by his Great Aunty Mirry and decided to dig it out during lockdown in March of last year. She’d committed two songs to the disc, which Fraser shows me via Zoom.

One side is without grooves, while the area where the label normally sits has not one but three punched holes, presumably made by technicians trying to locate the centre of the record. Later Mirry and her nephew Geoffrey would record on a Grundig reel-to-reel tape recorder with a mono microphone placed strategically in the room in order to pick up Mirry’s tinkling. 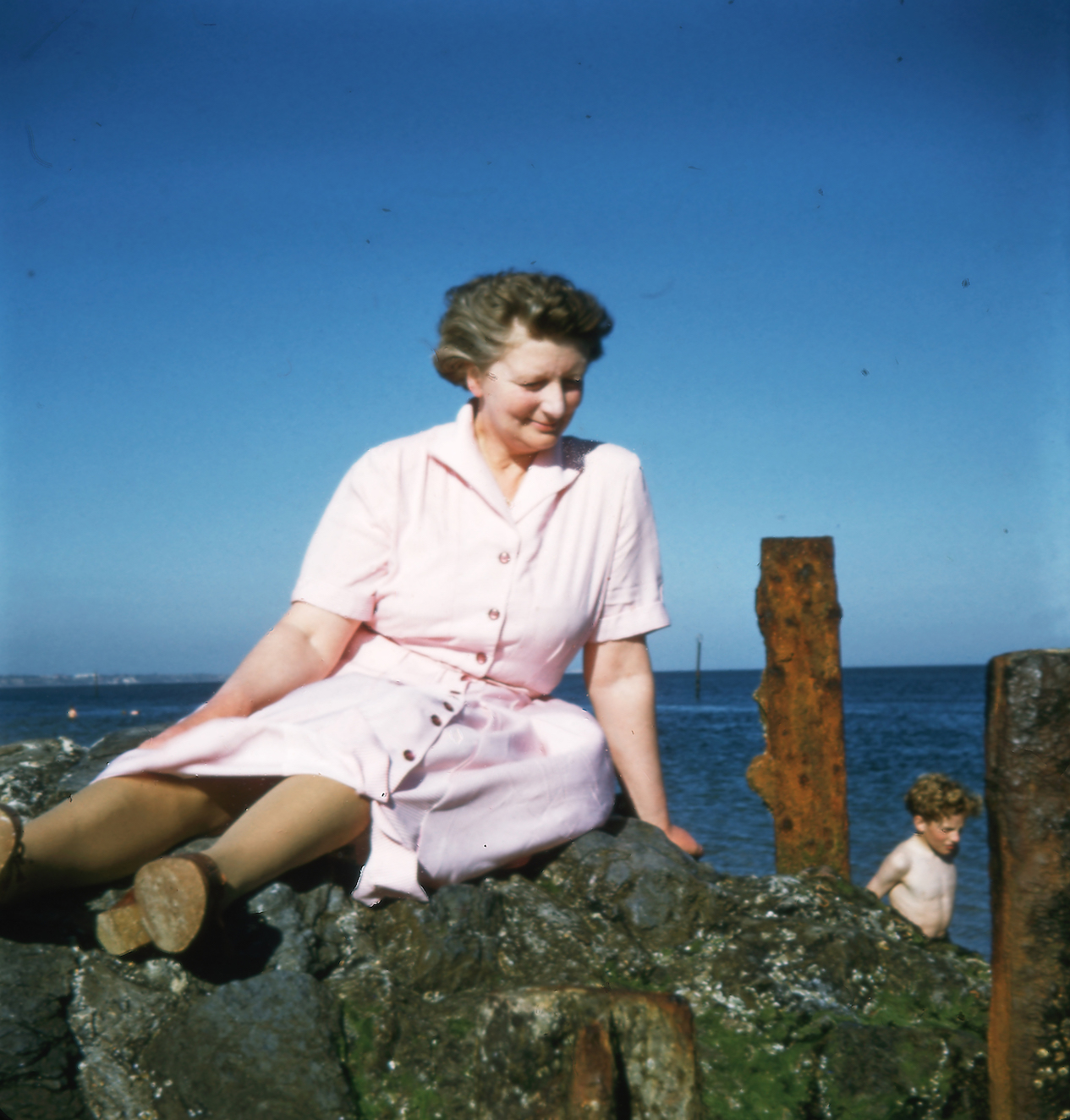 Mirry on holiday, by Geoffrey Drage

Fraser is joined on the call by Simon Tong – his brother in law. Tong has played in the Verve, The Good the Bad & the Queen and Erland & the Carnival among others, and he jumped at the opportunity to “collaborate” from beyond the grave and bring some 21st century finesse to these perfunctory recordings captured all those years ago. Not unlike Vivian Maier, a secret visual world was unearthed too, and suddenly Fraser and Tong had more of Mirry than they’d bargained for. Lomer’s nephew, Tom’s uncle Geoffrey, now 92, revealed stereoscopic slides and cylinders full of Super eight millimetre film in his attic, all of which had remained untouched since the 1960s. “Geoffrey is very modern-minded,” says Tom. “He loved the idea of the stereoscopic camera and Super 8.”

Kirsteen McNish, a friend of Tong’s, saw potential in a project that would incorporate all of these multimedia elements. An arts consultant and events curator – and a carer herself – McNish began to take an interest in Mirry. “I started to ask questions about the important aspects of the story: who she was, what she loved, and how she’d done all this pretty much in secret, despite having her hands full as a carer – and as a woman with all of its constraints in the 1950s and with a dominant father who’d always discouraged her from playing her music…”

The album itself is a magical mingling of a forgotten era with modern studio techniques as well as the nous of experienced musicians bringing more to it than just loops and reverb. It’s sonically uplifting, while the project itself highlights that old (and yet persistent) aphorism, Who cares for the carers? “There are over 6.5 million unpaid carers in the UK and 58 per cent are women – it effectively amounts to £77 billion per year which is huge,” says McNish. “I feel that carers unpaid or in the NHS and care homes quietly stitch together society, often invisibly. The reality is we will all care for someone in our lives but some of us will do it for longer.”

Huck spoke to Simon Tong and Tom Fraser about bringing the record to life and what Mirry would make of her music being out in the world.

I listened to the Mirry album in the spring sunshine this morning and it really comes into its own at such times, doesn’t it?

Tong: I know what you mean, I was thinking the same thing this morning. It’s so hard to make music that’s uplifting. I don’t know whether it’s Mirry’s piano or something else but we’ve somehow managed to make an uplifting record, which is hard to do.

There’s an uncanniness about the music as it is, and then you came across a whole treasure trove of imagery, didn’t you?

Tong: We’d made half the album before we saw a picture of what Mirry looked like. When lockdown started to open up a bit, I went to Tom’s uncle’s house and we found out he had all these Super 8 reels and stereo photographs…

Fraser: You could see them playing together; they would set up shots, and then you could see Mirry standing there. She’d start walking towards the camera and do the thing she was supposed to do in the scene – put a flower on the car or whatever. They seemed to just be mucking around.

Tong: To have been working on her music for three or four months and then suddenly see her – and not just see pictures of her, but see her walking around and smoking and walking the dog, it was like wow… To see her come to life was wonderful.

Tong: Yes, we’ve known each other for a long time – since ‘97 or so. We’d never made music together…

Fraser: I’d always been too embarrassed to play something to Simon. I once snuck on an album in the middle of the night and nobody noticed, which I considered a success.

Tong: The first time I met Tom was when we’d just recorded ‘Bittersweet Symphony’ and I brought up a monitor mix. Tom was a big fan of the early, more obscure Verve b-sides. I put this on and Tom went “What is this shit? This isn’t the Verve as I remember them”. [laughs]

In the modern age where everything is done with the aim of being seen, it’s quite refreshing to alight on creativity for its own sake, isn’t it?

Tong: Yeah, it’s quite rare now to have these little capsules that no one knows about. It’s very rare that these things surface, like Vivian Maier or whatever. Just because you don’t necessarily have immediate exposure to it, it doesn’t mean it’s not worth doing or pursuing, which is quite nice for anyone who’s artistic or creatively minded.

What would Mirry make of this?

Fraser: I’ve asked Geoffrey that a number of times and he just thinks that she would find it very funny. She never really expected anyone to hear it but I think she’d be delighted that they were listening. I knew my grandmother much better and she was very quiet and serene, and Mirry – I get the impression – was sort of the opposite of that. My mother always talks of her as an extremely jolly person who could get quite down, probably because her life wasn’t particularly great.

Did it feel like a collaboration? Did you find any spiritual connection with Mirry?

Tong: I’ve always made music on my own but it’s never as good as when I collaborate with people, so collaborating with Tom seemed the obvious thing to do, and it feels like we’re collaborating with Mirry too – that we’re a trio, even though the other person died in the early ‘80s and I never met her. I don’t know about you Tom, but there were definitely moments where you’re adding something to her piano and you get quite emotional. Without getting wanky about it, there were definitely moments where you get a lump in your throat and you think, This is unique and I feel lucky to be involved in this.

Fraser: When Simon put her laughter track on the end of ‘Anthem’, the first time I heard that, I was definitely crying then. It was very nice. 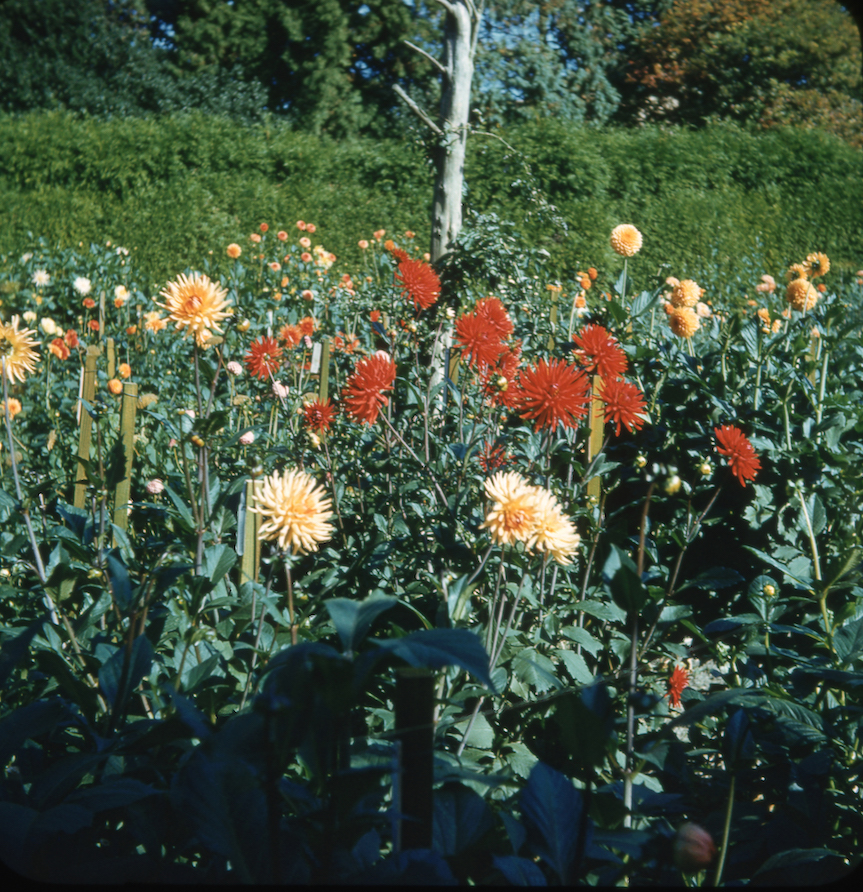 Mirry is available now on digital and vinyl.

Linkedin
RELATED ARTICLES
OTHER ARTICLES
Proposals to introduce a minimum GCSE threshold for student loans will disproportionately affect those from marginalised backgrounds.
For decades, an area of East London has served as a community hub for Vietnamese people looking for a taste of home.
In the latest instalment of Photographers in Conversation, the chronicler of raves, protests and beyond explains why he’s drawn to such specifically visceral environments.
With inflation now at a 40-year-high of 9 per cent, demonstrations organised by TUC took place to demand action from the government.
Freddie Miller’s new series of photographs investigates who today’s trainspotters are and what drives their unfettered enthusiasm.
Wealth inequality and the rising cost of socialising is placing a strain on people’s relationships, reports Eve Upton-Clark.