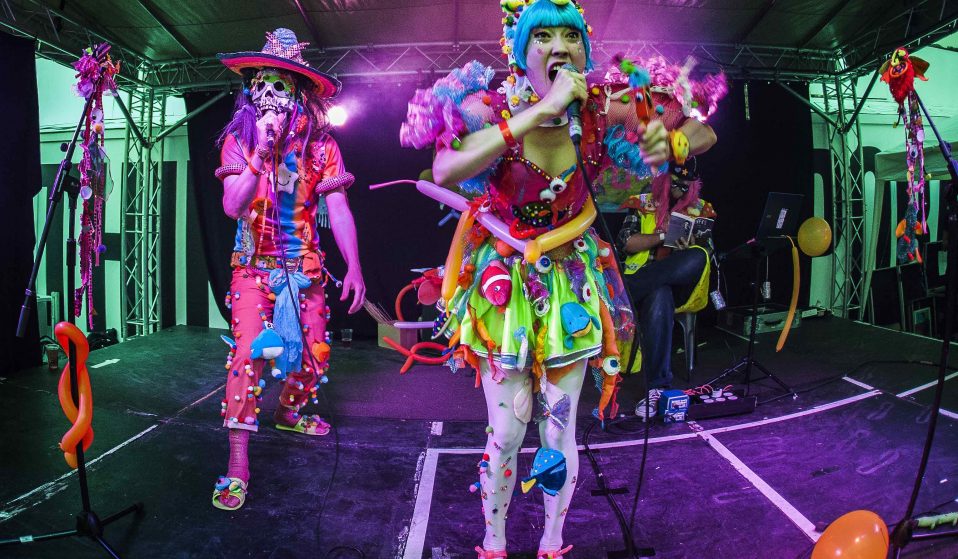 With more and more festivals crowding the cultural calendar, it’s hard to survive, let alone stand out. But among the noise, a number of DIY events are carving out their own distinct space – thriving in the process.

With more and more festivals crowding the cultural calendar, it’s hard to survive, let alone stand out. But among the noise, a number of DIY events are carving out their own distinct space – thriving in the process.

In 2003, Lisa Meyer and Jenny Moore’s brains were buckling under a pile of ever-increasing ‘to do’ lists. They were in the midst of arranging the inaugural Supersonic festival in Digbeth, Birmingham, but were feeling overwhelmed: there were still hundreds of programs that needed folding, catering to arrange, and tote bags that needed sewing. This was all before they had to stage-manage performances by the likes of LCD Soundsystem, Coil and The Bug.

This year marks Supersonic’s 15th anniversary. In that time, the one-day festival has evolved into three days, and the catering and stage management – once solely shared between Meyer and Moore – is left to professionals.

Supersonic is one of several festivals that curate innovative line-ups on a smaller, and truly independent scale, in the UK. Offering an alternative to the alternative, the billing leans towards more experimental music; a cross-genre celebration of noise, folk, industrial techno and brain-melting psychedelia.

“When we started we were the only festival like this in the UK,” Meyer says. “But since then there’s a few more of this ilk across the country. It’s all very well being the first to start something and cross those genres, but it becomes a very competitive marketplace. You have to offer value for money and things people aren’t going to see anywhere else.”

So what actually goes into producing a festival at this level? And how do they compare to larger festivals with sponsorship and corporate money?

For Supernormal, a three-day experimental art and music festival that takes place at Braziers Park, Oxfordshire, individuality is key. This year, it sold out before announcing a single act. “We’ve always felt we’ve been out on a limb by ourselves really,” says one of its directors Jimmy Martin. “We never saw ourselves as being a festival in the conventional sense. Supernormal grew more from the arts side of things. It’s not just a music festival – the art is massively important.”

Being out on a limb is something that Rupert Morrison of Devon’s Sea Change festival can also relate to. It’s a very small team that work the festival, including his parents, and it’s kept afloat by a record shop he runs called Drift. He takes no money out of the festival for salary. “We’re not Mean Fiddler or Festival Republic,” he says. “We don’t have that background, we’re just doing our best and trying to do something different but at our level, every pound counts.”

The aim for Morrison is to create a festival that avoids the aesthetic that other festivals frequently succumb to. “I don’t want Instagram photos of people in aviators with glitter on doing that festival dance,” he says. “God love them, but there’s two or three of those festivals per weekend in the UK. We want to try and do something different – prosecco bars are not part of our model.”

Despite only being four years old, the festival’s audience has steadily grown each year, with people gravitating towards its more tailored offering. “The trick is trying to grow a little whilst still trying to retain that feeling of: ‘this is secret, this is special, this is our festival,’”  he adds.

SURVIVING ON A SHOESTRING

For Martin, growth is less of a concern. Supernormal, which is heavily reliant on the time and effort of volunteers, is not really a business that’s looking to grow. Instead, it’s an arts event content with exploring its pre-existing parameters set by the “magical” location of the festival site (which has around 1500 capacity).

“We’ve never tried to grow as a festival,” he says. “It’s never been about getting bigger or making more money. It’s always been not for profit. We’ve not got any money really, when we get arts funding it’s a lot more comfortable but we’re essentially working on a fraction of what most other festivals have to work with.”

Funding and money can be tight – often cripplingly so – and there remains a big gap between perception and reality of how these festivals actually operate. “A lot of the work is unseen to make festivals viable,” Meyer says. “These things are done through sheer determination and hard work.”

In fact, punching above your weight or producing festivals on a tiny budget can add to a sense of pressure says Sensoria Festival’s Jo Wingate. “The trouble is, if you do deliver on very little once or twice people expect the same year-on-year, and on a shoestring. As costs go up this becomes tougher to do. It really is a labour of love to deliver a programme that suits the festival and meets everyone’s expectations.”

Morrison too has felt some pressure as a result of some misinterpretations of the festival’s financial reach. “The first marketing reports quantified that we’d brought in the best part of a million pounds to the local economy,” he says. “But people just read a million pounds and thought that’s what we made and it’s like, ‘mate, the debt collectors are more likely to be coming than a ticker-tape parade.”

So does a festival like Supernormal – that books bands like Cocaine Piss, Basic Dicks and Faka – selling out before a single announcement is made indicate a shifting and growing open-mindedness to more experimental festival programs?

“Our pitch has always essentially been: ‘come and see a lot of stuff you’ve never heard of and have your mind blown’,” says Martin. That said, on a larger scale, with more money involved, he sees this as tricky territory. “You can put on challenging, alternative and intelligent avant-garde bills until you’re blue in the face but people just don’t buy tickets for them. We had a wake-up call when Safe As Milk [a 2017 holiday camp festival featuring the likes of Butthole Surfers, The Residents and Michael Rother] got cancelled due to low ticket sales. Seeing that really made you realise that maybe there aren’t enough people in this country who are interested in avant-garde music to sustain that kind of size event. As was also proven by the demise of ATP.”

This has resulted in an approach that avoids repetition and stagnation. “You have to find fresh approaches and you have to make sure that you’re not just resting on your laurels and putting on the same festival for the same people every year. It’s not about preaching to the converted. You have to be doing something that is more culturally interesting than just booking a load of your favourite bands.” 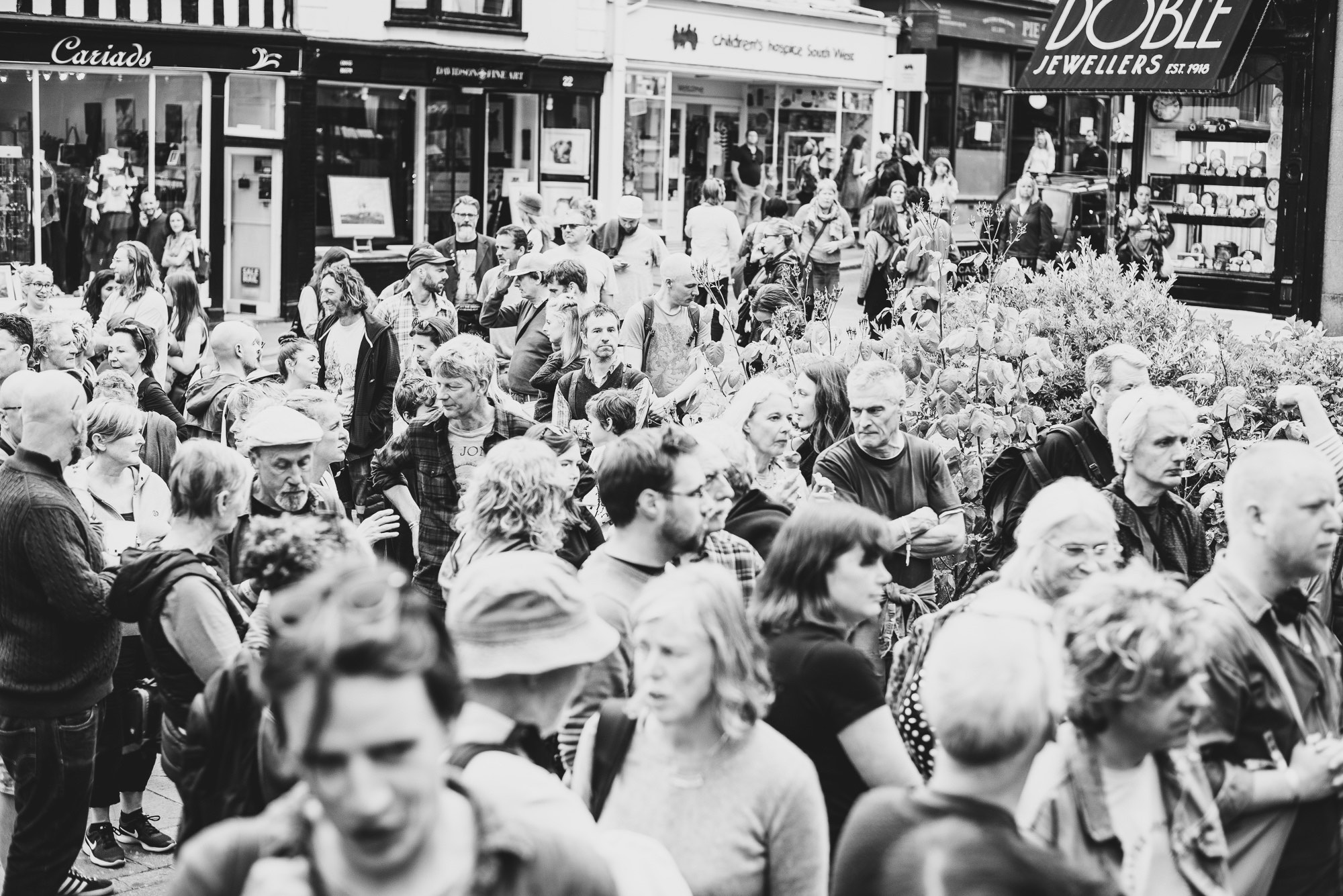 One thing that uniformly ties these festivals together is goodwill. Whether it’s the crucial role volunteers play, in-kind sponsorship, record label support, or bands willing to work with the festival directly. “I’ve always gone for artists that want to play rather than ones that are on a circuit and demand a big fee,” says Meyer, citing this year’s headliner Neurosis as an example that has taken years to work out. “We’ve worked closely with them to find a way of doing it because they have wanted to do it as much as we have.”

Similarly, Morrison secured Sea Change’s 2019’s headliner Metronomy with essentially a mates rate fee. “They basically did it for cost because I’ve known Joe since primary school. He can see the value of what we’re doing and I think, in a way, was paying it back to teenage us who didn’t have this kind of thing when we were teenagers in Totnes.”

Culturally, Martin sees the impact of what the festival has been doing on a wider scale. “I was really chuffed with the New Weird Britain thing that John Doran did,” he says about the Quietus editor and co-founder’s BBC Radio 4 series on the rise in weird and wonderful music in the UK. “Without wanting to blow our own trumpet, the genesis of that happened at Supernormal.”

Doran indeed views these kinds of festivals as crucial to both the discovery process and as a breeding ground for artistic expression. “The thought of Supernormal closing is an actual nightmare,” he says. “I wake up drenched in sweat clawing at the duvet cover, shaking like a shitting dog at the mere crepuscular imagining of it. This festival fulfils an essential part of my annual process of discovering new music to write about. It’s a hub for experimental musicians and countercultural artists to congregate, share ideas and perform in an idyllic location where they’re going to be guaranteed a switched-on audience. It’s a nexus of innovation.”

The fundamental trade-off that exists for these smaller festivals is access to less money and outside support, in exchange for more autonomy and creativity. “Supernormal has always been this enormous freak magnet right from the start,” says Martin. “It is a magnet for the right kind of weirdo. It’s all about planting seeds that grow into bigger things.”

Despite the clear risks involved in running smaller, more specialist festivals (since conducting interviews for this Port Eliot Festival has announced it will end this year) for Doran these festivals are emblematic of a wider cultural shift. “When you see festivals like Supernormal selling out in 10 minutes flat don’t tell me that culture isn’t getting weirder. Because it totally is. Weird times incubate weird music.”

For Meyer, 15 years on since that first festival, the vital function of the festival remains the same. “You need people to champion this kind of stuff because if we don’t nobody else will.” 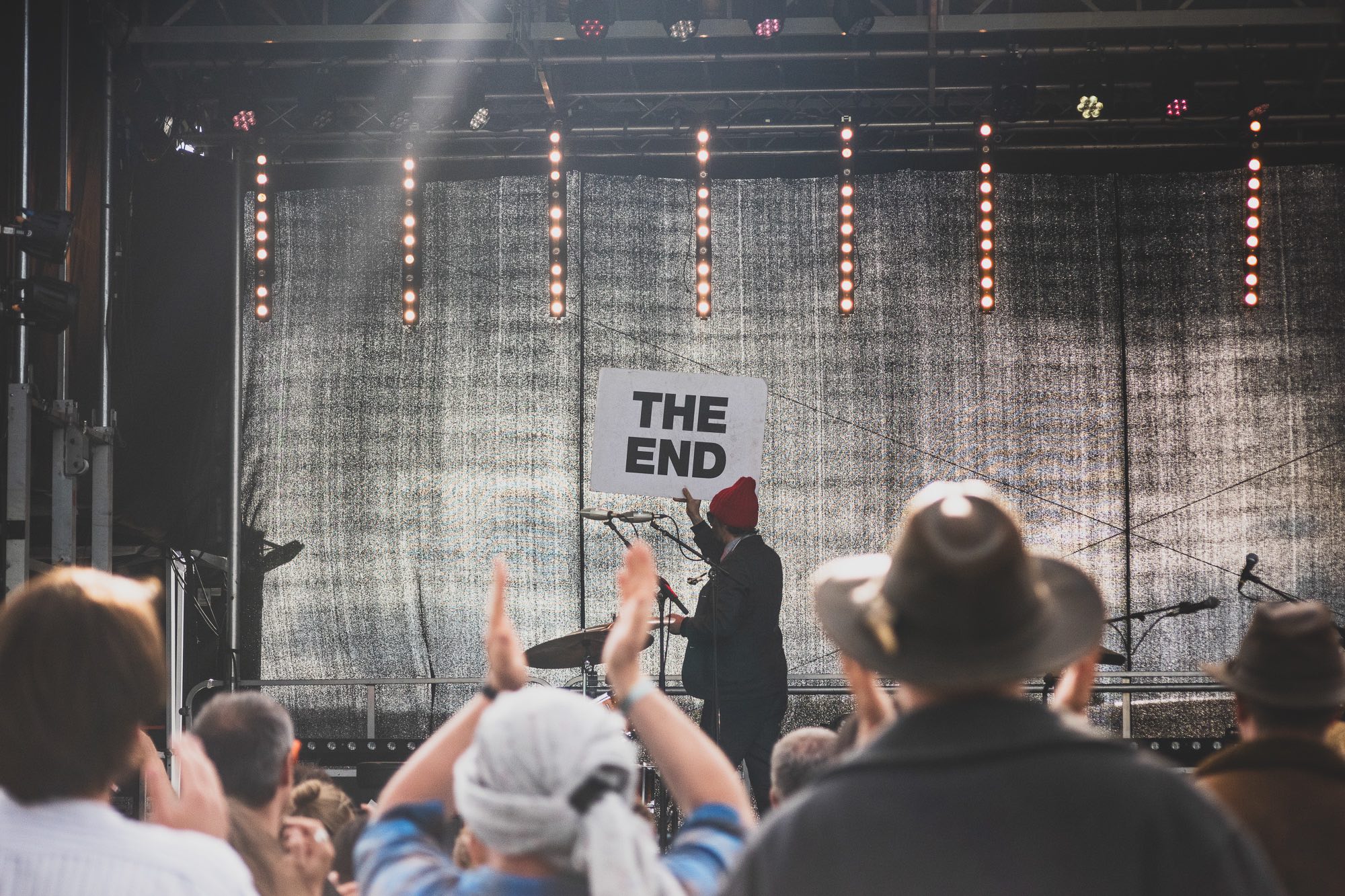 Linkedin
RELATED ARTICLES
OTHER ARTICLES
The revered showbiz chronicler recalls his journalistic beginnings, documenting subcultural scraps in the ’80s.
In the last of our dispatches from OFFF Barcelona, Rufus Deuchler and Vincent Gault discuss the future of creative process.
The situation in Afghanistan remains dire, with many groups facing persecution at the hands of the Taliban.
A group of Ukrainians living in Poland are helping Ukraine withstand Russia’s brutal invasion by buying supplies and shipping them directly to the war’s frontlines.
Members of the collective share some of their reasons to run as part of #UnitedBySummits, a campaign that looks to uncover transformative power of the outdoors.
The government’s failure to take long Covid seriously has led to the formation of a group campaigning for the thousands of forgotten victims of the illness.