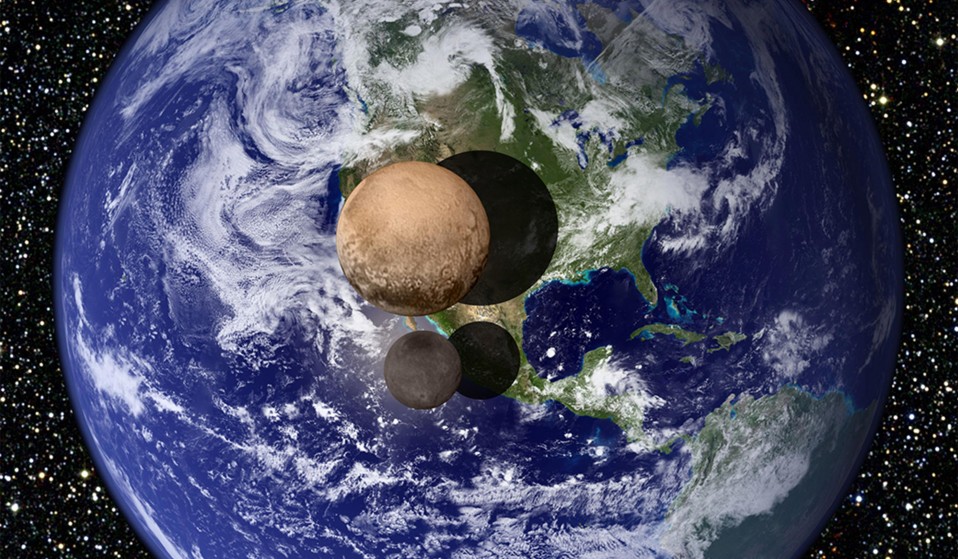 As Nasa’s New Horizons probe beams back images from its Pluto flyby, we dig out the artists cruising the outer reaches of the sonic universe - featuring Gil Scott-Heron, Sun Ra and more.

As Nasa’s New Horizons probe beams back images from its Pluto flyby, we dig out the artists cruising the outer reaches of the sonic universe - featuring Gil Scott-Heron, Sun Ra and more.

Is it just coincidence that whitey first went to the moon around the same time as he was laying waste to the jungles of Indochina – and when CIA-stash blotter was mopping up the minds of kids from Haight-Ashbury to Kabul? As our own multinational version of whitey does a spectacular fly-by of Pluto at the outer reaches of the Solar System – space is still the place, baby.

Sun Ra was an intergalactic Afro-centric alien who reckoned the black race was from Saturn rather than Africa. Prophet of Freedom or Acid Casualty numero UNO? You decide.

The original commentator on what it is being what it is.

Straight up pound for pound boogie with a lashing of ripe eighties cheese. The Rah band did it in spandex and diamante.

If Sun Ra was the universe’s hipster freak, the Modern Jazz Quartet evoked the Mercury programme and standup guys with The Right Stuff.

Bombay dancefloor diva Asha Puthli created some awesome spaced out grooves. This is the most intergalactic.

In July 1969,  Neil Armstrong was doing his lunar two-step. Meanwhile in the Berkeley Quad, these kids were necking heroic amounts of acid and ditching their gravitational shackles.

Complete with sonic transmissions beamed from the nether regions of our galaxy, communications between astronauts and earth from old missions, and JFK moon race speeches, Nasa’s soundcloud is a great sampling source for some interstellar beatmaking. The sound waves generated by Saturn’s largest moon, Cassini, are a particular highlight.

Techno titan Jeff Mills is traveling the globe this year with his 2001: A Space Odyssey-inspired show. Following 2001: The Midnight Zone’s debut at Paris’ Cite de la Musique, little has seeped onto the interweb but Mills has been on the intergalactic tip for a long time. Back in 2000 he created one helluva score for Fritz Lang’s opus Metropolis. Think Blade Runner goes to Berghain on a Sunday morning.

Linkedin
RELATED ARTICLES
OTHER ARTICLES
Following the release of his latest album, the rapper talks about finding a new approach to songwriting, attitudes to poverty, and why his music is more than a political statement.
From the chip shops, to the bingo parlors and burlesque dancers, photographer Mike Coles remembers capturing scenes of holidaymakers by the English coast.
A new series of photos by Johny Pitts shines a light on communities and subcultures that have all too often been overlooked.
As the Criminal Bar Association enters its fifth week of action, criminal barrister Russel Fraser explains why the legal professionals have walked out and how action is likely to escalate.
A sharp increase in officers armed with the electrical weapon is resulting in serious injuries and deaths.
In the latest instalment of Photographers in Conversation, the creator talks portraiture, platforms and taking inspiration from Little Simz.