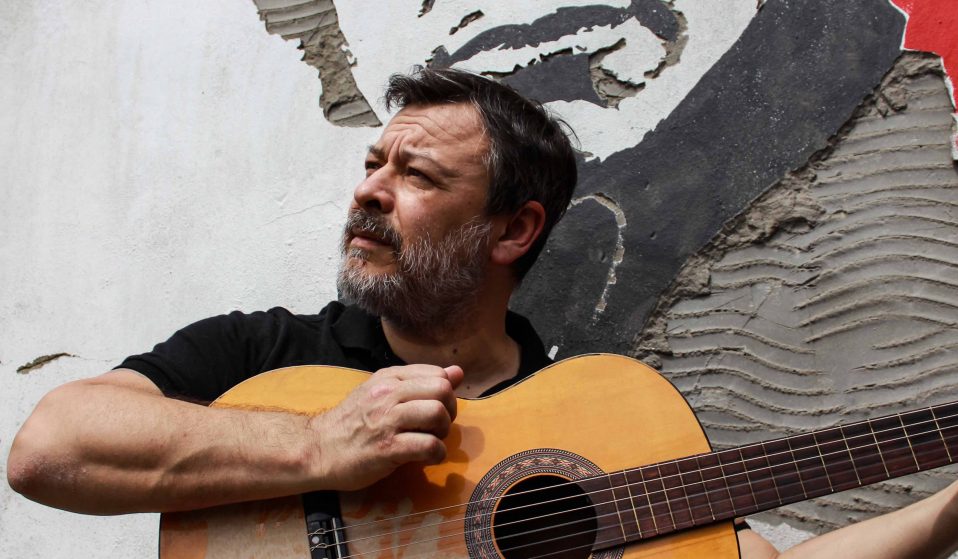 The idea for a Victor Jara concept album came to James Dean Bradfield while he was visiting bandmate Nicky Wire’s older brother Patrick. Patrick Jones is a poet and playwright, and strewn around his study were poems and bits of prose written about the murdered Chilean folk singer and leftist activist. “It was the first time I realised that writers just write because they enjoy it,” says Bradfield, calling from the Manic Street Preachers’ studio in Caerleon, South Wales. “He wasn’t intending these to be published.”

The singer immediately saw the potential to turn his words into something more tangible, and the timing couldn’t have been better: the band had decided to take a three year sabbatical between albums. “I was looking for something to do because if I haven’t got a project to do I get disgruntled and I get impatient and nobody needs that! My kids don’t need that, my wife doesn’t need that, and so this opportunity fell into my lap.”

Bradfield clearly enjoyed working with a figure in his life who had been an influence since his school days: “Patrick was the cool guy who’d gone to university in America; the older brother of one of your best mates – and he introduced us to the beat writers: Jack Kerouac and Allen Ginsberg.” Now their shared admiration for Victor Jara has borne fruit in the shape of Even In Exile, a concept album about the revered folk singer who was murdered in by Pinochet’s military henchmen in the Estadio Chile – now renamed the Victor Jara Stadium in honour of this great emblematic figure.

Was there any reticence approaching a folkloric figure like Victor Jara? He’s been referenced so often in songs, including by The Clash, Calexico, U2, and Dafydd Iwan.
James Dean Bradfield: It’s true that when someone’s passed away, the myth eventually becomes stronger than the reality. But Victor’s story was much more definite. With respect to those other artists, it wasn’t just putting your fist in the air and saying Victor Jara was a hero, it was about more than that. He came from the peasant class from outside of Santiago, he was self-made, he was very much obsessed with trying to represent politics in art, whether it be directing plays at the university he worked at or as a singer-songwriter. He was very much involved in direct action, and he was definitely murdered in the stadium in 1973. A myth can’t argue with that, a myth can’t abridge that, a myth can’t add to that.

The title of your album’s opening track, “Recuerda”, means remember in Spanish. You also use the Welsh word for remember – ‘Cofiwch’ – and sing about a drowned community. Are you referring to something specific?
James Dean Bradfield: The reference is to Lake Tryweryn where there was a very old community – a primarily Welsh-speaking community – that was flooded so that water could go to Liverpool. What happened was cataclysmic to this valley and the very old community that lived there. If you dived down there now you’d see the old chapel and the houses. So there’s psychogeographic empathy: the fact that Lake Tryweryn happened is such a big thing in modern Welsh history, and the Victor Jara Festival dedicated to him each year takes place just down the road. This connects the dots really; whether it be singing about the closure of pits in the north of England or the flooding of Lake Tryweryn, or whether it’s about what happened to Victor Jara. Things do connect. There’s an empathy that people have for one another across hemispheres.

Although we’re not being run by a military junta in the UK, I felt there were parallels to be drawn regarding state accountability when I was reading up on the Coup d’etat of 1973…
James Dean Bradfield: The other parallel I draw is that there should be more accountability towards each other. Left and right have become so intolerant of each other. There is no pragmatism, there is no compromise, and it leaves the centre-ground uninhabited. Whenever you leave the centre empty something bad always rushes in. In Chile that led to murder and 30,000 people disappearing over time. You can’t keep going down that road without bad things happening.

You mention Pinochet, Thatcher and Nixon in the song “Recuerda”. You could also add the economist Milton Friedman (whose laissez-faire experiments in Chile from 1975 onwards gave rise to Reaganomics and Thatcherism) to that list, couldn’t you?
James Dean Bradfield: I didn’t really want to put any more rogues in the gallery, to be honest. When you talk about what happened in Chile it becomes as grim as you can imagine: politically, philosophically, democratically and in terms of the violence that came with this clash between left and right. What helped me was looking through the prism of what Victor Jara did. Victor’s take on it was that we must find the beauty in our country, we must find the common ground, it’s the thing staring us in the face – this beautiful, long, thin country we live in is the thing that must bring us together. That was his constant message, and obviously it fell on deaf ears in the end.

There is a lot of hope on the record, such as the song ‘Santiago Sunrise’. With that in mind, do you see a future for socialism?
James Dean Bradfield: I find answering a big question like that difficult. If you go to France or you go to Italy or America or Argentina, socialism will have a lot of different definitions at its core, and it has been used as the dirtiest term in history as well. In Britain, socialism always embodies trying to have some ownership of things that should belong to the people: water, electricity, gas… in an abstract sense those things could be owned by the people because they were of the land. I don’t know if it’s possible to do such things now. Jeremy Corbyn pledged for more public ownership and the rebuying of former assets in the Labour manifesto and it didn’t seem to go down too well. There’s got to be an appetite for it, and I don’t know if there ever will be. Sometimes people just get the governments they deserve, and I don’t mean that in a spiteful way. How do you bring that culture back?

Pinochet was a deeply divisive figure, and the Brexit rupture makes me also wonder if our own country can ever reunite again. How do you feel about that?
James Dean Bradfield: It felt like that in Wales when I was growing up, where most parts of Britain and a lot of England voted to destroy the north of England and Wales with radical economic reforms. We never thought we’d get back on terms being destroyed by a centralist government under Thatcher. When you’re in the middle of it, it feels like there’s no hope. Things do get better, I can tell you that from living back in Wales when I was 15 during the Miners Strike. It’s a politician’s job to address people’s fears and hopes. Politicians usually win when they address people’s fears and hopes rather than preaching at them – that’s why I’m in a band, the Manic Street Preachers! I’ll never be a politician. 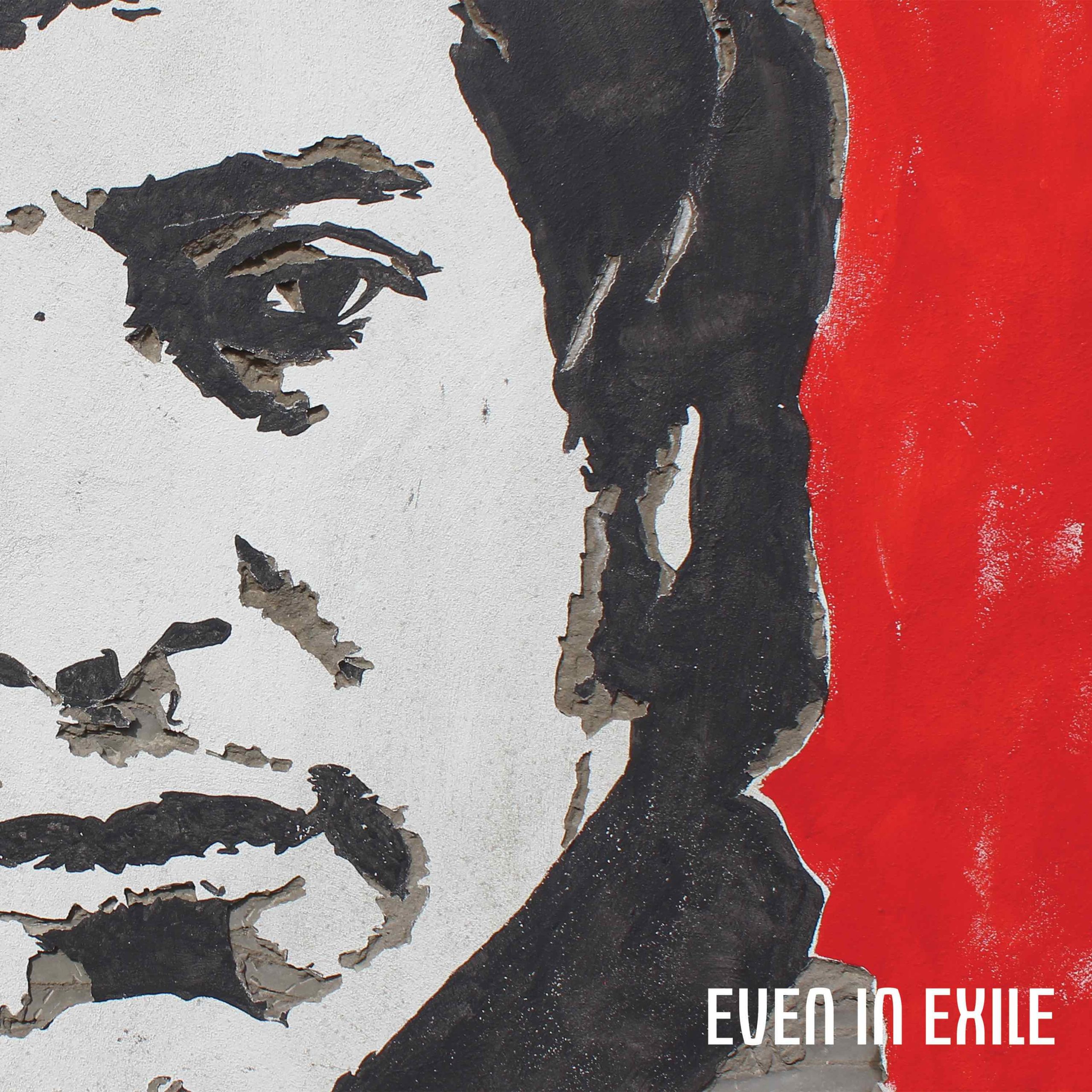 James Dean Bradfield’s Even In Exile is released on August 14. The album is accompanied by a three-part podcast series, Inspired by Jara, which delves into the world of Chilean musician and activist Victor Jara and his enduring cultural influence that still resonates after his death.

Linkedin
RELATED ARTICLES
OTHER ARTICLES
Following the release of his newly republished 1991 book, Redheads, the American photographer reflects on his celebration of ginger people and their magnetic power.
Writers Matt Foot and Morag Livingstone explore how four decades of collusion between the government and the police have slowly eroded our right to protest.
The author discusses her blistering new novel about history, revolution and queer love.
In the last of our dispatches from OFFF Barcelona, Rufus Deuchler and Vincent Gault discuss the future of creative process.
Photographer Phyllis Christopher recalls capturing sex and protest at a time when the city had become a haven for the queer community.
To mark the anniversary of the mass trespass of Kinder Scout, a group of hikers came together with the intent of creating a new, fully inclusive culture for rural spaces.