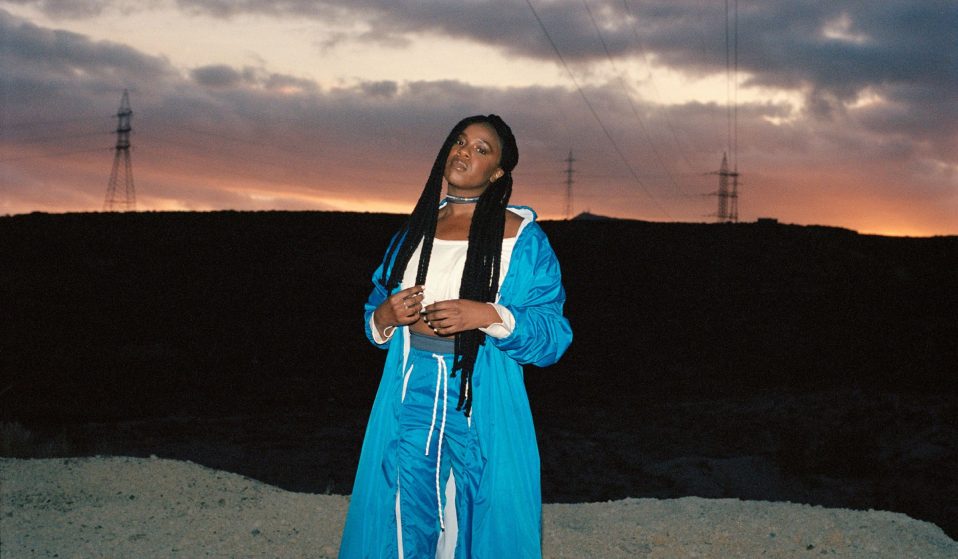 The Mercury-nominated singer talks growing up, coming home, and the teenage kicks she enjoyed before she became ‘too nice’.

The Mercury-nominated singer talks growing up, coming home, and the teenage kicks she enjoyed before she became ‘too nice’.

NAO is one of the most recognisable voices in British music. In her soul-baring songs (detailing her journeys of love, loss, and friendship) she reaches the highest notes with ease thanks to her sweet soulful vocals.

Her second studio album, Saturn, is an exploration of the astrological phenomenon dubbed the “saturn return”. Usually taking place around the ages 27-30, it is said to be a seismic life period in which the planet is back in the same place in the sky as when you were born. Now Neo has reached this phase herself, she says that she’s really starting to get to grips with who she is and what she wants her life to look like.

In honour of this journey through existential crises, she decided to finish her most recent tour where her own personal journey began: Chingford. While the area is not known for its glitz and glamour, singing to the crowd at Chingfest – which takes place this weekend – feels like coming full circle, as it’s just a stone’s throw from where she used to do her singing lessons. “It’s literally where I learned to find my voice,” she says.

We caught up with the singer to talk about how her hometown shaped her; the teenage kicks she enjoyed before she became, in her own words, “too nice”; and how she feels now that her new, grown-up album has earned her a Mercury nomination.

How has this touring period been for you? Do you enjoy it, or do you secretly hate it?
There are very few jobs which will take you around the world to perform in so many different places in front of so many massive audiences. As much as its really positive, there are some really negative things about it. It’s not good on the human body, we’re not built for a change in time zones every few days. Or starting work at nine o’clock at night and winding back down at 3am. It does take its toll on the body and in some cases, mental health.

How do you avoid burnout?
I don’t think you can avoid it. The best way to avoid it is to just never put yourself in that position in the first place. So essentially learning how to say no, and learning how to say that things aren’t worth what it will do to your body. Not saying yes to every single show, or going out after every single show. You have to do your little tips for self-preservation: I love reading, so after a show I’ll go to the tour bus and make sure I read in a dark place where it’s really calm.

How has the reception of this album compared to your last?
Hard to know as we’re still in campaign season, but this album has been nominated for a Mercury! 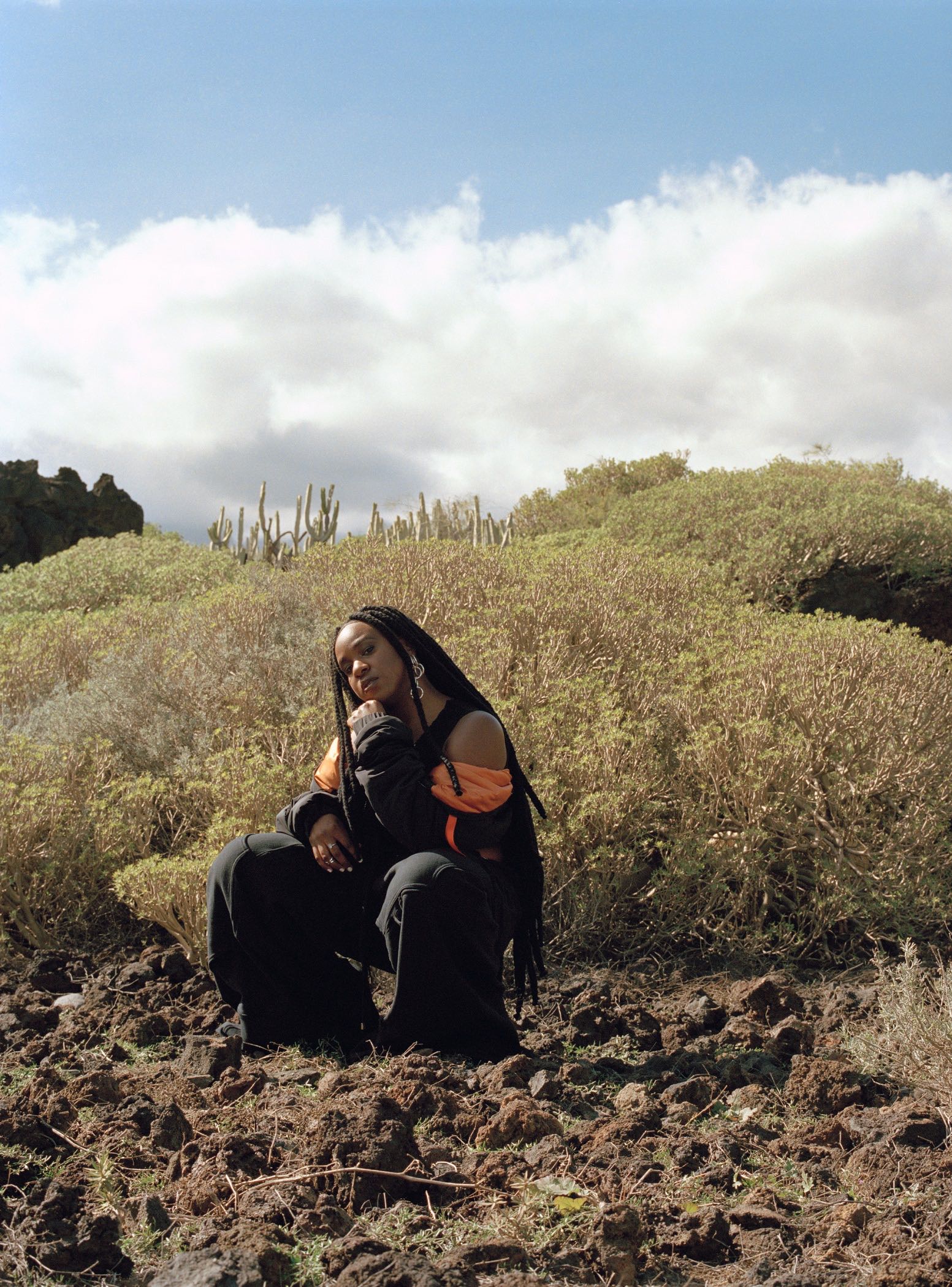 How does it feel to be nominated for a Mercury? And, please use this time to state your case for said Mercury award.
I’ve always really respected what it stands for. It’s been easy to give awards to albums or artists that are really commercially successful, it’s a bit of a no-brainer, but I love what the Mercury stands for. It’s for independent artists, big ones, small ones and all the ones in-between.

You can now take the opportunity to slag off the others in the running. Start a rumour about Slowthai.
(laughs) I’m way too nice.

That’s a shame. Your album is called Saturn Return. Do you feel like a grown-up?
Yes… 30 per cent more. There’s definitely something about leaving your 20s and going into your 30s. You let go of a lot of the insecurities you have because you realise they’re worth nothing because you realise it’s time to just give it a go because 40 is around the corner. There’s a feeling with me where I’m like: ‘All the things that you wanted to do but haven’t, just go for it because essentially we’re all going to be dead soon.’ That sounds morbid but there is a loss of youthfulness where time just feels like forever, and you’re carefree. I’m more prepared to step out of my comfort zone and do things I’ve dreamt of doing, but haven’t had the confidence to do before.

Sounds like you’re now prepared for death. So your last date is Chingfest in this long run of shows, why?
Walthamstow is becoming a cultural centre of London. I was brought up in South Woodford which is like a five-minute drive from Walthamstow, there wasn’t really culture there for me. It was a really mono-cultural area because it was quite white so I had a really hard time finding myself, finding my voice. It was heading into Walthamstow where I used to do singing club every Thursday night, that’s where I found that I could sing. I used to do my performances there and I learned so much and there was so much creativity at the time. Personally, to be able to come back and do Chingfest and play somewhere I learned how to sing is an important thing for me to do.

Do you go back often?
My mum still lives around the corner. My family are all based in East London, I live in Hackney so I’m always about.

Given that it was such a monocultural area, was school a painful time for you?
No, I loved it. That time was amazing, I found my friends for life in that period. I know Walthamstow and East London like the back of my hand. I used to run around there getting into so much trouble. I’m just so fond of there.

Tell me about the trouble.
Well, there used to be this place called the YMCA which was basically on Forest Road. The people who stay there are people who unfortunately are struggling to find homes. You would actually get a lot of young black men in there. But, obviously when you’re 15 or whatever you just see like loads of sexy guys (laughs). So me and my friend would hang out at the YMCA trying to crack on with fit 17-year-olds, and were just getting into all types of trouble.

On the market stall where my friend’s dad used to serve rotisserie chicken, we used to steal money from him when he was serving people. Just real stupid stuff that you do when you’re bored and you’re young. But, I also used to do singing competitions in the town hall and did them once a year for six years I believe. I never won any of them. But, I am the only one out of all of the winners who’ve gone on to be a successful singer.

So you could say they’re the losers.
It’s a good story, yeah.

When you’re in Chingford at Chingfest do you want them to think, ‘yeah I could go from singing in this area to being known around the world’?
It isn’t everyone’s dream to be world-famous, it’s not even my dream. I’m not sure I am. It’s that sometimes small towns can be forgotten and you can get swept away in the culture of that particular environment. I think it is good to know that you can grow out of it and do big things while still remaining true to your home. I’ll share that message with anyone who is up for listening.

Just before we go, are you sure you want to spread any Slowthai rumours?
No – he’s actually my friend now and I bump into him loads. 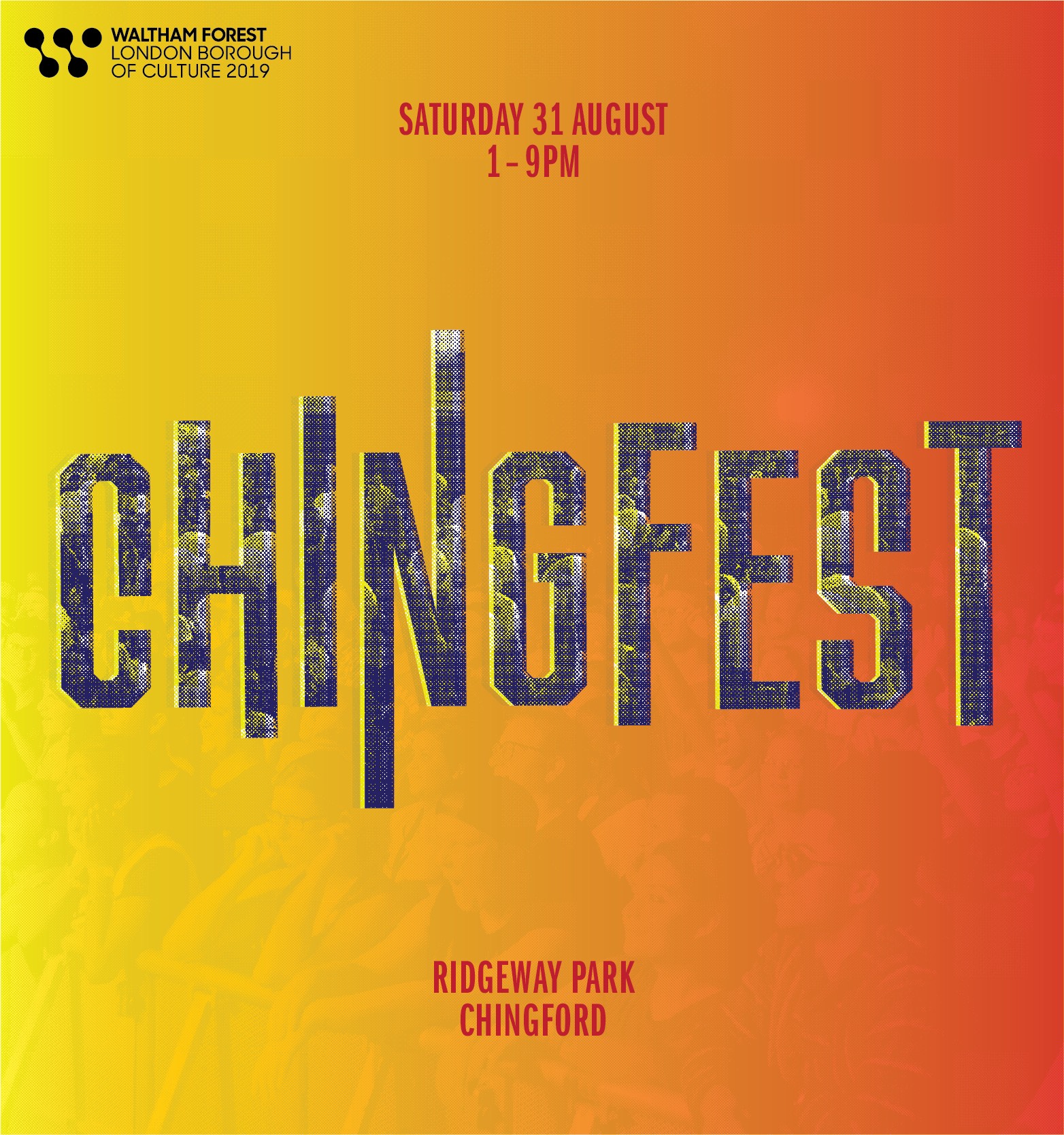 Linkedin
RELATED ARTICLES
OTHER ARTICLES
The situation in Afghanistan remains dire, with many groups facing persecution at the hands of the Taliban.
After news broke last week around an expected reversal of the 1973 landmark law that made abortion legal in the US, protestors gathered in the UK in support of American women.
The photographer recalls working with some of the biggest names in the business – from Salt-N-Pepa to the Sex Pistol – at a time when music magazines played a powerful role in shaping the scene.
Shifting the focus from the cost of living crisis to tackling obesity while many starve or freeze is farcical and pointless, writes Fatzine founder Gina Tonic.
The government’s failure to take long Covid seriously has led to the formation of a group campaigning for the thousands of forgotten victims of the illness.
Photographer Phyllis Christopher recalls capturing sex and protest at a time when the city had become a haven for the queer community.