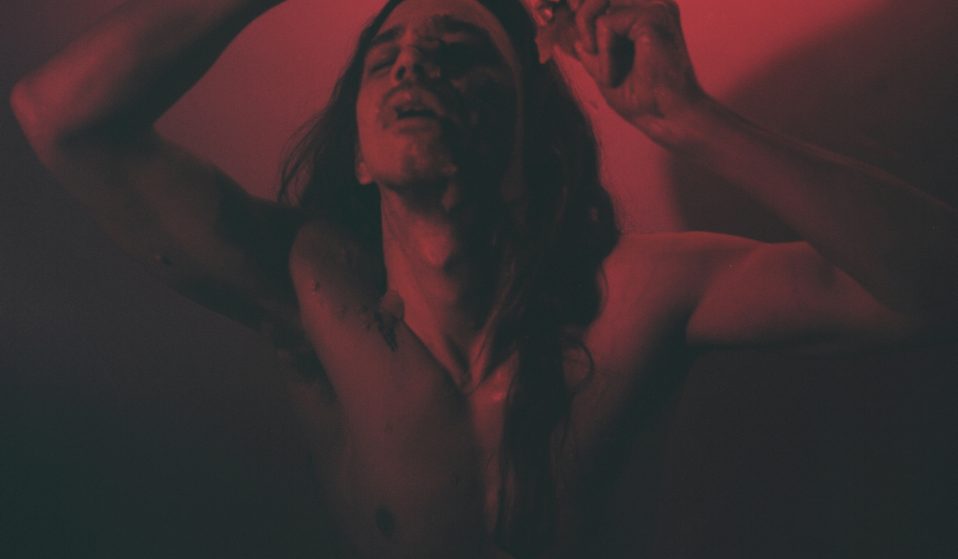 Raised in a deeply religious home in Canada by a native father and white mother, Mich Cota makes eerie, spiritual music that weaves its way between two worlds.

Raised in a deeply religious home in Canada by a native father and white mother, Mich Cota makes eerie, spiritual music that weaves its way between two worlds.

It’s a Tuesday morning when I ring Mich Cota. She’s in a large house somewhere deep in the Belgian countryside and the call is choppy. A couple of days from now, she’ll be riding wild horses with a friend who’s also an artist – something that seems fitting for a musician whose sound feels so naturally fluid and emotional.

Originally from Southern Ontario, Canada, Cota is a two-spirit trans woman, raised in a deeply religious environment by a native father and a white mother. Starting very young, her music, as well as her live performances, have long been Cota’s way of exploring the multitude of her identities and life experiences. The enveloping flow of her melodies offers a place of belonging and safety to those who need it and find identification within it, while also not attempting to speak on behalf of anyone’s experiences but her own.

On her debut album, Kijà / Care, Cota sings in both the First Nations Algonquin language and English, navigating past trauma through clear, vulnerable wordplay, accompanied by flowing and haunting soundscapes. But make no mistake – Kijà is not a sad piece of art. It’s more of a “moving on” album; an acknowledgement of experiences that haunted her for years, but are now ready to be released into the world so that something new may take their place.

When we talk, Cota is open and honest about her experiences. She hopes her willingness to share will, in turn, allow people to question themselves and their perceptions – particularly when it comes to ideas surrounding gender and identity.

What is the story behind Kijà / Care? How has it helped you heal and move forward with your life?
When I was younger, I made music with bands that didn’t have much meaning to it. It was fun, and a way to also show queerness through random compositions. But then I started doing my solo work and I was able to be in full control. It was me, for the first time, taking my thoughts and feelings and putting them out there. It did feel healthy, and it did feel like I was doing it for myself, but it also felt like I was doing it for other people who wanted to sit in a quiet, slow space and be able to reflect.

With Kijà, I was becoming more vocal about being two-spirit, and I began addressing times in my life where I did feel invisible. Now, I’m really excited to be here and to be moving past that. These kinds of ghosts and feelings still come back to me, but I can see them much clearer as something that happened in the past.

In Kijà you mention growing up in a very religious setting. How has your relationship with spirituality developed since leaving home?
I really started questioning my relationship with God when I was about 10. Even before then, I had started to realize that I didn’t fit into the hetero scope and that I was not male. That created a split between the way I was told to be, and the way that I felt.

When I was about 15 years old I moved out of home for a lot of reasons – specifically because of the social pressures of living in a tiny town of 100 people. I had to get out. Even after moving away, I still had this fear of god in me, so I went to this youth group, and met some other kids that were my age who were also queer. Some of them are still my best friends, people I talk to all the time. The youth group eventually ended up being an unsafe environment for me to continue participating in. I remember the day I asked myself the question “Is god real?” and finally being satisfied with my answer “I don’t know, and I don’t need to know.”

After years and years or processing my personal painful history of Christianity, I started realizing that organized religion can be effective and positive. I didn’t want to fully disband on the idea that there is some sort of spirituality, because I still felt that there was something bigger, whether it’s through nature or just having the sun on my face. It feels like such a miracle to be alive and have the ability to be present with other people.

I’ve noticed that people – particularly in the LGBTQ community – seem to be going back to religions that are more nature-based, non-Westernised.
It could be something to do with needing to acknowledge that we’re here. I’m filled with pride that we’re all surviving despite conditions that are set against us. It’s another way of making space for other people – from a place of understanding and empathy. 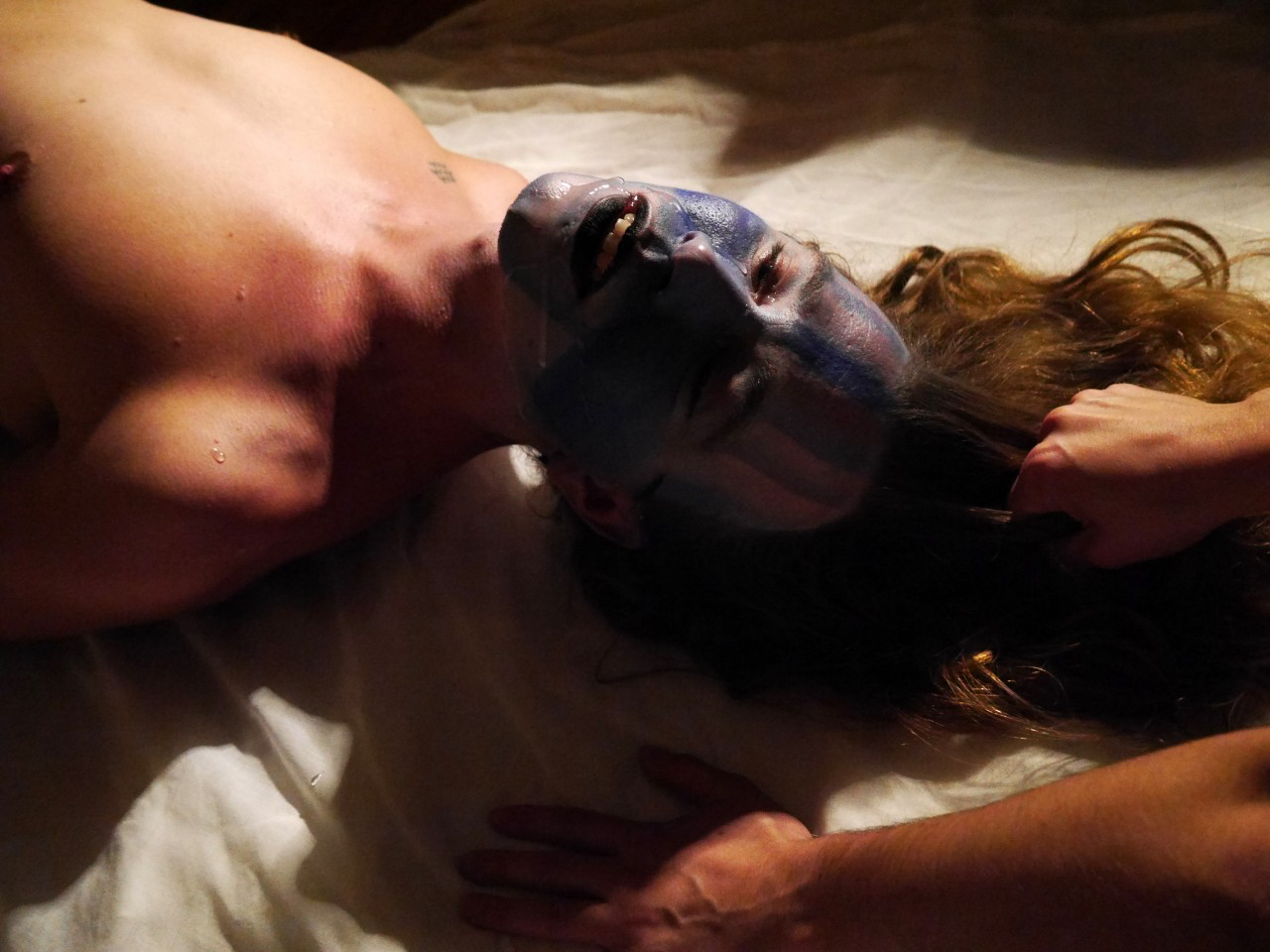 Talking about Algonquin – can you tell me a little about the importance of using this language in your music?
I feel it’s important for me to speak in my language because it’s revealing who I am. I’m down with visibility, and the Algonquin language is very sharp and elegant that deserves to be seen and heard!

I wanted people to approach this language with curiosity and discover more about these people who, in Canada, you might be surprised are walking beside you. That’s what it really comes down to most of all for me: adding a voice to people who are immersed in colonial code, giving notice that there’s something else going on. I hope it can be a bridge between artists who are in the English speaking world, to show that there’s a lot going on outside of their very big, comfortable bubble.

Your performances are very unique. Can you tell me a little bit about that side of your artistic expression?
When I started using my body as a method of connectivity it was when I first performed songs from Kijà. Norm, a gay father figure and mentor of mine died of cancer just a few weeks before my Kijà performances began. Before that, my stage presence would entail performing behind an instrument and containing mobility in a more conventional act as singer.

It was after Norm passed away that I started to use my body in performance. During the first Kijà show, I was really missing him, and feeling some kind of presence – it wasn’t that I believed “This is Norm”, but rather that I was giving myself time to be as open and honest as possible. That came through by moving and opening myself physically, extending to others and building forms that corresponded with my feelings and words.
From that point, I started receiving more show offers, and I couldn’t really afford to have a live ensemble so I started performing with a backing track. I was sceptical at first with the degree of quality this method could procure, but being able to dance and find different ways to illustrate what I was trying to express became a freedom. Things started to make sense!

I enjoy dancing – it’s another way of showing how much I really care that people are participating and taking the time to be with me. Recently I’ve been stripping off almost all my clothes in order to allow new energy to filter into movement. I want to show what it is to be two-spirit and identify as female without having that physical transformation, without having gone through full hormone therapy. It’s a way to challenge to people who maybe are uncertain on what “trans-ness” is. I want to express myself with as much femininity as I have and I don’t want to hide that.

With all the openness in your art and the political times we’re going through – how do you find that you take time to take care of yourself?
Things are fucking crazy. They’re always going to be crazy. People are always going to use their dogmas to say that queer people don’t have a place. But we do, and we are important. So really – I need to continue pressing on because I don’t know any other way to live. 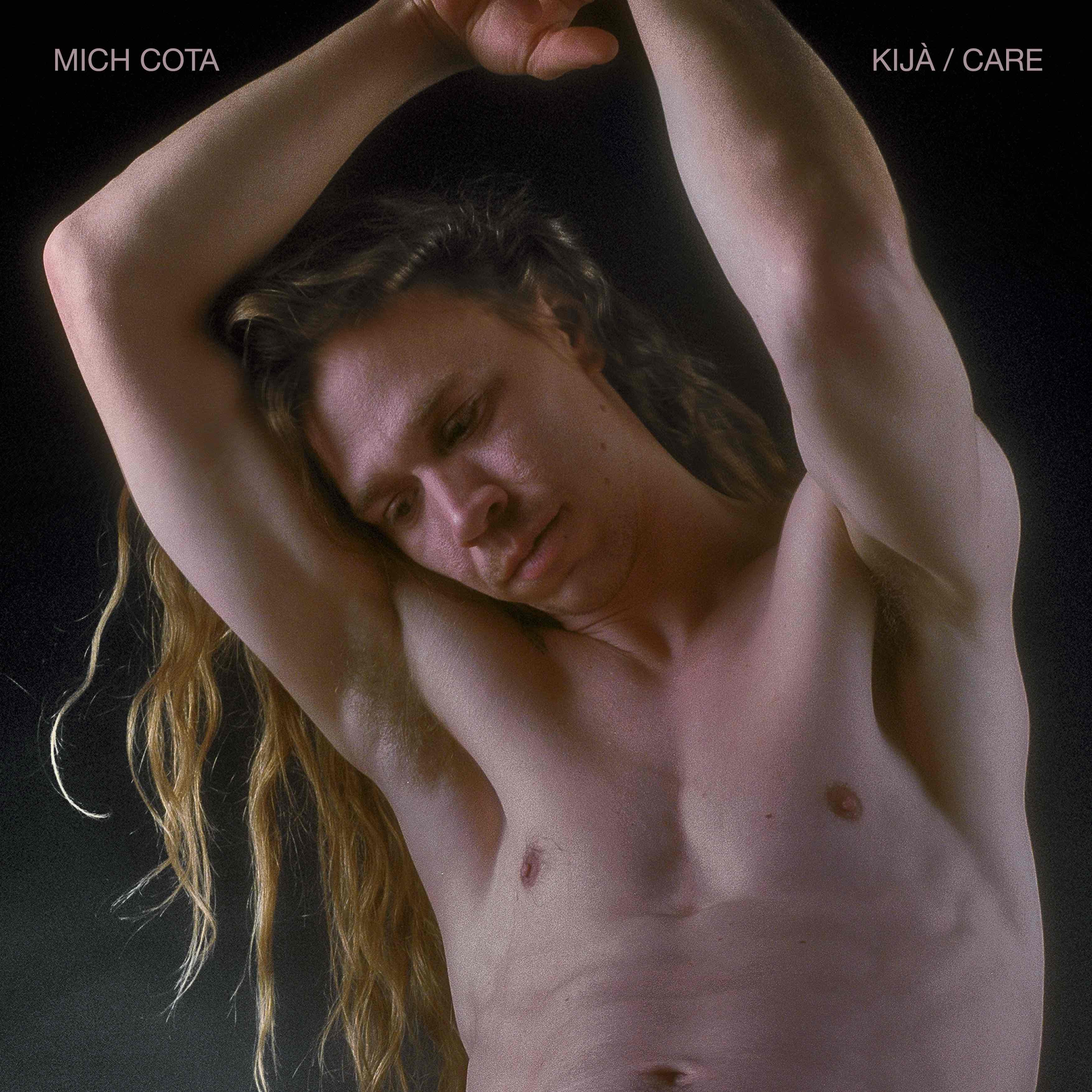 Linkedin
RELATED ARTICLES
OTHER ARTICLES
In the latest instalment of Photographers in Conversation, the chronicler of raves, protests and beyond explains why he’s drawn to such specifically visceral environments.
In her new book, the author explores the country’s housing crisis in human terms and calls for radical action to address a broken system.
With inflation now at a 40-year-high of 9 per cent, demonstrations organised by TUC took place to demand action from the government.
Freddie Miller’s new series of photographs investigates who today’s trainspotters are and what drives their unfettered enthusiasm.
The last few years have seen an increase in LGBTQ-led initiatives to feed the hungry, with many finding ways to stay afloat despite the challenges.
Proposals to introduce a minimum GCSE threshold for student loans will disproportionately affect those from marginalised backgrounds.