Art & Culture / Music / Iceage: ‘We don’t look back and regret anything’ 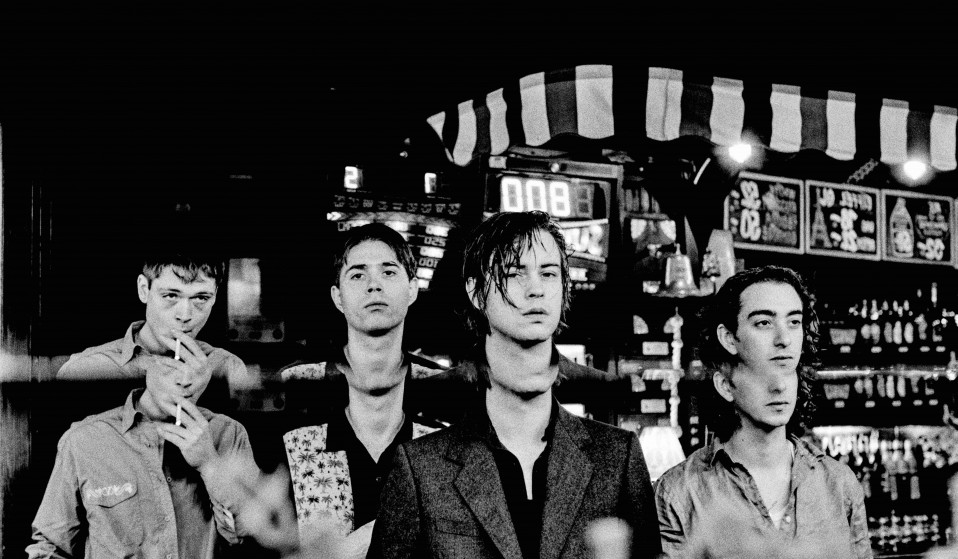 Ahead of the release of the post-punk band’s fourth album, we sit down with frontman Elias Bender Rønnenfelt to discuss urgency, getting older and why regrets are a waste of time.

Ahead of the release of the post-punk band’s fourth album, we sit down with frontman Elias Bender Rønnenfelt to discuss urgency, getting older and why regrets are a waste of time.

When Elias Bender Rønnenfelt speaks, he does so with long, drawn-out pauses. At first, it’s a little startling.

By now, it’s no secret that the Iceage frontman finds interviews somewhat tedious (he has been described as rock’s “most difficult frontman”). When he brings his sentences to an elongated halt midway through their duration, it’s difficult not to interpret it as him flaunting indifference: his personal take on the sigh, yawn, or a roll of the eyes.

“I’m sorry,” he says, after a particularly lengthy stoppage. “I’ve… had a lot of these today.”

In truth, Elias is on good form. Though the 26-year-old is happy to announce how long his press day has been (“a bunch of questions are getting answered for a bunch of people!”), he quickly follows it up with the admission that there are worse things he could be complaining about. From the offset, he comes across as polite and receptive. On a couple of occasions, he almost laughs.

It’s the beginning of spring and the Danish band are gathered in Paris ahead of the release of their eagerly anticipated new album. Titled Beyondless, the four-piece’s fourth outing is perhaps their strongest yet: a sweeping collection of racked confessionals, traversing different sounds – post-punk, country, stoner blues – with the boldness of a band totally unshackled.

“We always try and push whatever we already have into some sort of unknown territory, where we push the boundaries of what we think that the band is,” Rønnenfelt says, with a speaking voice that occupies the same pitch as his worn baritone.

“We try and keep ourselves from getting stagnant, or becoming one of those bands that just repeat what works. We’re not really interested in doing that – we’re hungry. We have a lust for seeking out the possibilities of what it means to us to write a song, or an album.”

Recorded in Gothenburg’s Kungsten Studios over a period of 10 “very intense” days (there was a lot of wine, apparently), Beyondless picks up where predecessor Plowing Into the Field of Love left off, guiding the band further away from the industrial aggression that defined their early sound and into more articulate, expansive territories.

For Beyondless, the band welcomed new instrumentation, too. There’s now space for horns, violins, as well as the occasional smattering of piano (see also: Sky Ferreira on backing vocal duty in first single ‘Pain Killer’). It all comes together to create something grander, giving Elias’ songwriting – always the source of Iceage’s strongest moments – a greater platform. 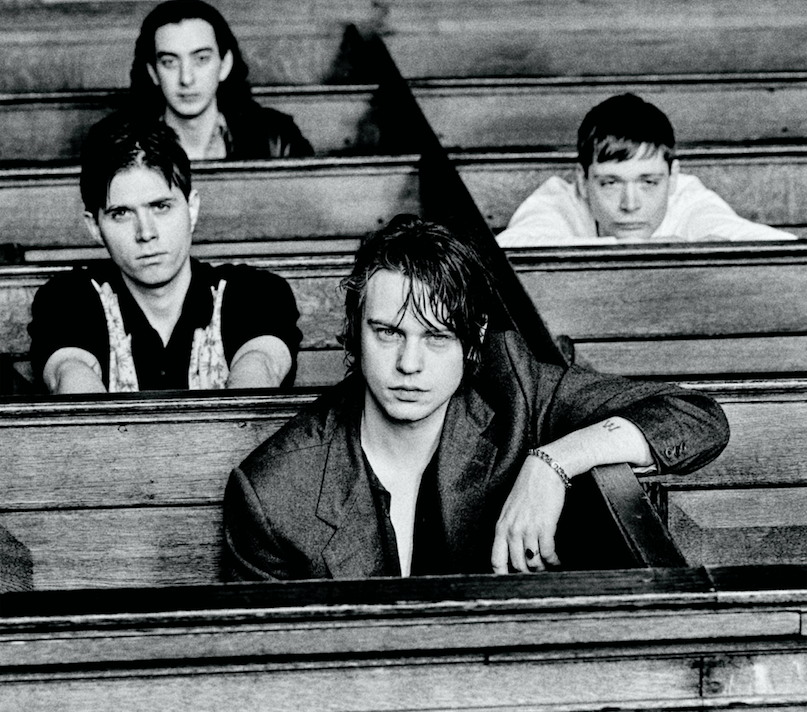 “Sometimes, writing songs is not necessarily a pleasant experience. Maybe you have to confront certain things that you need to confront, or if you’re writing out of a certain state of emotion, you have to be willing to seek it out.”

Whereas their first three albums were all released between 2011 and 2014, Beyondless comes a whole four years after Plowing Into the Field of Love. For Elias – who believes that urgency in music is “an absolute necessity” –  it was a case of not wanting to force anything for the sake of just putting it out there.

It means that, for the first time, the band had a prolonged period away from each other as Iceage. There was time for rest, side projects (n.b.: Marching Church) and the working of menial jobs. Four albums in – and that’s without counting solo ventures – it’s easy to forget that they are, in relative terms, still young.

“I don’t think too much about my age,” says Rønnenfelt, who was just a teen when people first began to take notice of their music. “You’re only given this much time on planet earth. I certainly don’t want to leave any pages unturned, you know what I mean?”

When quizzed on whether there’s anything he’d do differently given what he knows now (the band were accused of “chic racism” at the beginning of their career due to their flirtation with right-wing imagery) his response is characteristically terse: “No, that’s a useless way of thinking.”

“I mean, I haven’t killed anyone, you know?” he continues, “that would be something to regret, maybe. But in terms of doing things differently, I think any endeavour ends up being what it’s supposed to be at the time.”

“You can look back at it in a way that you might cringe over yourself by reading an old diary or something, it’s still representative of who you were at a moment. I don’t look back and regret anything.”

Iceage have always made music for Iceage, but with Beyondless, there’s the feeling that the band are thinking further outside of themselves. Rønnenfelt admits that they all actively enjoyed the way their third album divided people with its shift in sound, while he describes a Richard Hell essay praising their forthcoming release as “very flattering words.”

In that piece, the seminal punk figure writes, “I can totally imagine myself as a kid lying in my close door room in the dark, listening to this band and getting what I need, the way a band can make a person feel seen and bring confidence, sometimes even represent an ideal.” For Elias, who discovered Richard Hell and the Voidoids as a kid lying in a close door room, there’s a full-circle quality to where they’re at now.

Which begs the question: where are Iceage? For a band that have always felt somewhat closed off – ingoing, even – there’s something all-embracing about them in this moment. As a collection of songs, Beyondless certainly adds weight to such an idea. Its title (taken from a Samuel Beckett novel) amplifies it.

“I don’t think we ever subdue to any sort of outside pressure. We always have high expectation to ourselves, but when we broke into the whole music world and were able to play for people, that was never something that we were planning on. In that sense, we didn’t really have anything to lose there.”

Even so, the new music presents Iceage as a collection of young men more at peace with their place not only as musicians, but as public figures. When asked if he agrees with such sentiment, Elias takes his longest pause yet.

“Erm… I don’t know if I would say at peace. But when you find yourself in a position, you sort of learn to adapt. And I like the place that I’m in.”

Beyondless is out on 4 May on Matador.

Linkedin
RELATED ARTICLES
OTHER ARTICLES
By turning a real-life crisis into daytime television fodder, TV bosses have once again shown themselves to be completely out of touch with audiences.
As the Scottish government announces a rent freeze, an activist with Living Rent who fought and won shares how they did it, and what must come next.
With skyrocketing rents, packed out viewings, bidding wars and more, renting in London has never been harder.
In his 2008 series, the photographer pictured himself as Angela Davis, Martin Luther King Jr., Malcolm X, and other prominent figures.
A new project is documenting formerly incarcerated people as they transition back into civilian life.
Cindy Campbell recounts how her brother ushered in a new era of musical culture at a party she held in the Bronx in ‘70s.