Art & Culture / Music / In Lisbon, the dancefloor is still a site of resistance 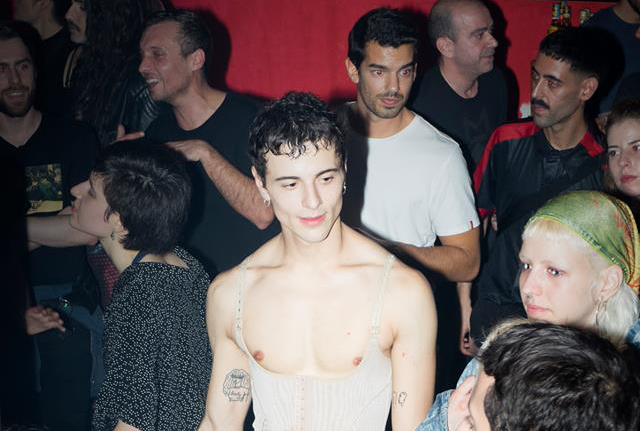 Despite most clubs in the city being whitewashed and shuttered with harsher licenses, a host of rebel collectives are fighting back – carving out inclusive spaces that don’t shy away from politics.

Despite most clubs in the city being whitewashed and shuttered with harsher licenses, a host of rebel collectives are fighting back – carving out inclusive spaces that don’t shy away from politics.

At a two-storey building in Lisbon’s Arroios neighbourhood last month, away from the centre’s iconic cobbled streets and atop one of the city’s seven hills, just over 100 people gathered early in the night. One sported nothing but tight underwear, white boots and a birthday hat. Another wore an inverted white bed sheet and black stockings. A frisson of excitement blew through the crowd like an Atlantic breeze.

Each attendee had jumped through hoops to get to this point: after finding a private event inside a private Facebook group, they had to fill in a Google Form with their name, email address and explanation of how exactly they found out about this secretive affair. Then, 24 hours before the event, they were sent an email with the address. “Kit Ket is happy to open doors to outsiders of our family,” it read cryptically. “We’re excited to welcome you!”

In reaction to the sanitisation of the city’s clubbing scene, triggered by rapid gentrification and sky-high tourism, there has been a clamour for something different: Kit Ket is one of a number of collectives bringing an overtly political slant to Lisbon’s nightlife. Somewhere between full-on rave and house party with a hint of Berlin BDSM, Kit Ket’s venues are filled with sofas and beds and the floor is carpeted. There’s both a sex swing and a regular playground swing on the dancefloor and some rooms are dedicated to “escapades”. It is partying as a form of resistance — a time to celebrate who you are.

According to the 22-year-old organiser of Kit Ket, their complex safeguards are necessary to create a comfortable and pleasurable space for marginalised groups. “This all seems very serious and almost aggressive but all is taken care of with friendly, open vibes,” says Ketia, who is also an activist and DJ. “It’s a challenge presenting femme going out and feeling safe in Lisbon. Quite honestly, I stopped doing it. As a non-binary girl, I tried and try to make Kit Ket as trans and femme as possible. I think this is an important experience to have as someone who’s experimenting with fragile forms of being.” 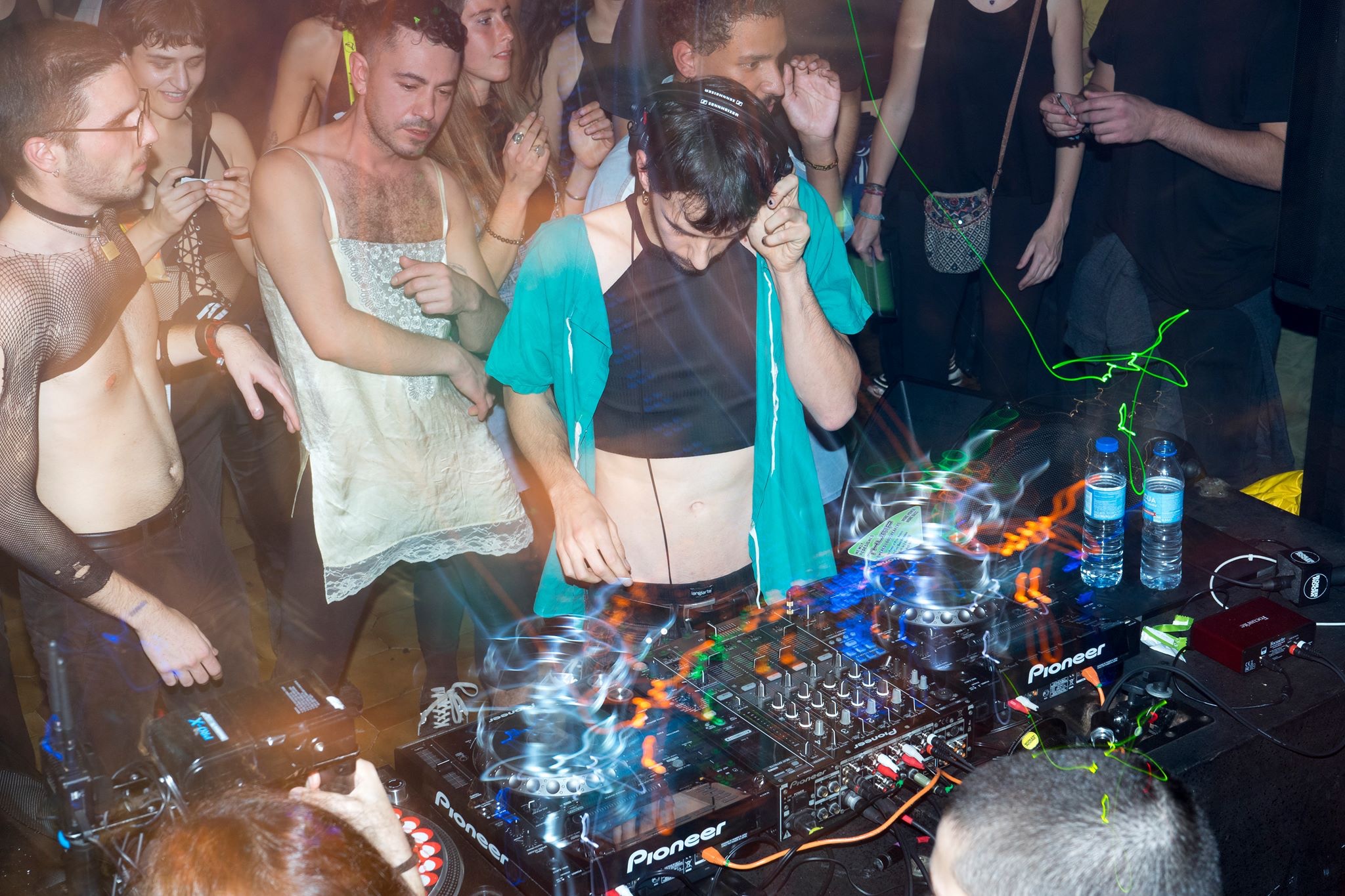 The change in Lisbon’s nightlife has deep, structural roots. Portugal was one of the European countries hit the hardest by 2008’s financial crisis, suffering crippling levels of unemployment, years of painful austerity, and requiring a €78bn (£66bn) bailout of the banks. The government’s response was to focus on tourism and international investment and in 2017 a record 4.5 million visitors came to Lisbon (compared with just 500,000 permanent residents). Nightlife has been heavily monetised and the industry is now worth $11.6bn (£8.8bn), accounting for 15 per cent of Portugal’s entire GDP.

Through this neoliberalisation of the city, as seen widely across southern Europe, urban nightscapes in districts such as Bairro Alto and Cais do Sodre have been touristified, shuttered with harsher licenses, and given a strictly white, heterosexual slant.

One of the first groups that began to break away from the traditional clubbing system was a collective called Mina, a group of 14 people including six resident DJs. Its first event was in March 2017, after which it gradually accumulated a loyal following to the wild nights held in a former brothel. Now, almost 1,000 people turn up to events.

“Clubs are supposed to be spaces for freedom and liberation,” says Pedro Marum, Mina’s founder. “But the Lisbon clubbing scene was so apolitical. It boiled a desire in me to have something a bit different. Something more chaotic and playful, and in touch with the crowd. I wanted a clubbing space tied up with sharp political views and one that catered for queer people.”

A number of pillars underpin this transgressive nightlife movement that has emerged in recent years: non-gendered toilets must be available, line-ups should be diverse, a strict door policy is enforced (following a previous run-in with neo-Nazis), members of the team are available to help at “raver scare corner”, a dark room allows for exploration of sexuality, and comfort resources such as condoms, snacks and vitamins are provided.

These kinds of spaces provide rare shelter from the hate crimes prevalent in Lisbon’s mainstream clubbing scene, according to Jordi Nofre, principal investigator for the New University of Lisbon’s LXNIGHTs project, which has been studying the links between urban nightlife, gentrification and touristification since July 2014. 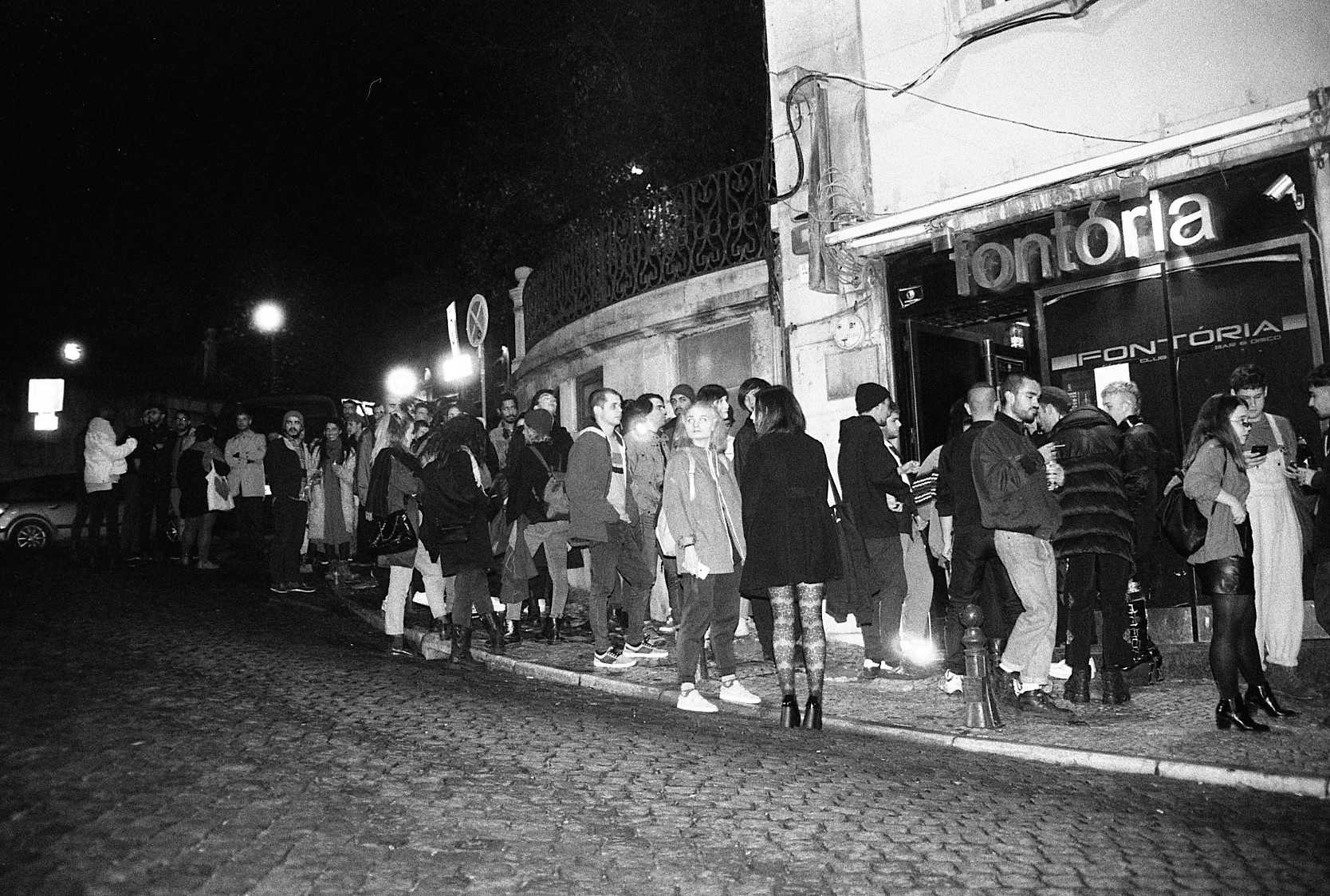 “Lisbon is a profoundly LGTBQI-phobic society,” says Nofre. “Physical violence against gays, queers, trans, is pretty common, but it’s silenced. Mina’s focus is really interesting, because it’s not about creating anti-fascist commandos, like sometimes in Barcelona, but taking music like underground techno and culture in order to subvert the social and political order of the night. Nightlife has once again become an area for creativity, innovation, self-empowerment and contestation to the aggressive capitalist city.”

Lisbon club nights such as Brave are run by a blend of artists, activists and academics, with the explicit aim of giving people of colour and queer people “a space to perform, listen and dance”. Çirca is a party and collective of DJs and producers focus on a new club, Soundcloud-influenced music, with “radical queerness and trans-affirmation” a key part of its work. Through the nights Portuguese DJs such as Caroline Lethô, Viegas and Photonz play everything from deconstructed African dance music, to acid-tinged electro and deep house – and several have been given the Boiler Room seal of approval.

But the plan is to expand the scope of the movement far beyond parties and raves alone. Members of Mina have set up a quasi-agency that works as part-label and part-artistic platform called Suspension focusing on electronic music and clubbing, as well as organising talks on topics such as mental health. A separate radio station called Radio Quantica has also been set up as a means for broadcasting the movement’s sounds.

“We created Suspension aiming to showcase these people that are being under-represented,” says Mariana Freitas, a co-founder. “And we try to keep our events focused not only on music, but also on talking about themes surrounding club culture – be it regarding safe spaces, drug consumption, and collaborative processes. Plus it’s all people who have the same political vision.”

Perhaps because of that bold, shared belief, Lisbon’s night is gradually being reclaimed by those who had been excluded. Creativity has, within constraints, began to flourish. Challenges remain but the hope is that in the future this staunchly political clubbing movement could reach right to the top.

“More than a party – the idea is to have a platform working on several fronts,” says Mina’s Pedro Marum. “I’m thinking about how we can be implicated in policymaking. We want to have a real impact and control over the place that we live.” 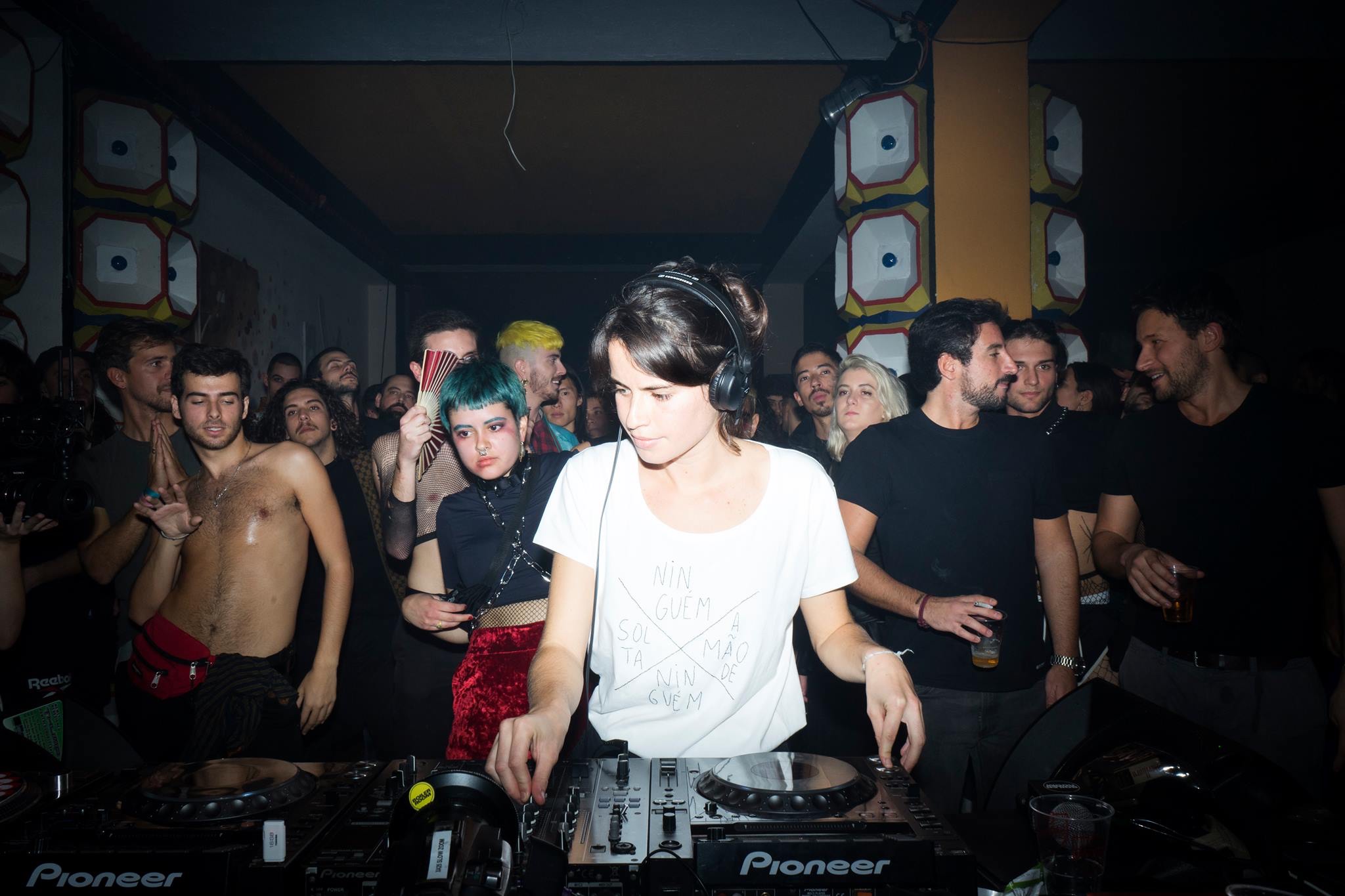 Linkedin
RELATED ARTICLES
OTHER ARTICLES
A new edition of a seminal book brings together iconic images of the band onstage in their full glory and backstage in moments of unguarded camaraderie.
Yesterday queer activist group Lesbians and Gays support the Migrants staged a die-in at the Pride in London parade to protest the inclusion of police in the march reports Huck politics editor Ben Smoke.
Photographer Arthur Grace recalls travelling through the Soviet Bloc and finding ways to evade the surveillance of his work.
Proposals to introduce a minimum GCSE threshold for student loans will disproportionately affect those from marginalised backgrounds.
The last few years have seen an increase in LGBTQ-led initiatives to feed the hungry, with many finding ways to stay afloat despite the challenges.
LGBTQ+ students are keeping the spirit of the original Pride alive by fighting for liberation for everyone, not just their community.