Art & Culture / Music / Inside a music producer’s battle with epilepsy

A new short film tells the story of Alex Parish, who has spent years struggling with Temporal Lobe Epilepsy – one of the more common, but mysterious, physical conditions.

A new short film tells the story of Alex Parish, who has spent years struggling with Temporal Lobe Epilepsy – one of the more common, but mysterious, physical conditions.

“It begins with a rising sensation, something akin to vertigo,” says musician Alex Parish. “I don’t experience seizures from flashing light; my triggers aren’t photosensitive at all. It’s almost just a preliminary fear that something is about to happen.”

Parish is talking about his struggles with Temporal Lobe Epilepsy – a mysterious but relatively common form of epilepsy, which sees the sufferer experience unusual mental sensations as well as physical seizures. Symptoms are varied, and can include hallucinations, deja-vu, lethargy, and sudden surges of intense emotion.

In the new short film When The World Falls Away, the London-based producer – who goes by the alias Adolescent – opens up about the disorder, and examines how it has affected his relationship with art. “I use music as a therapeutic tool,” he explains in the short. “It’s a good way to start the conversation for myself before I really had the courage to talk to my friends openly about it.”

The film, which you can watch in full above, was made by filmmakers Alex Cantouris and Jacob Crees-Cockayne, who self-funded the project after meeting Parish on a music video shoot.

“There’s a very complicated link between music and mental health,” the pair explain over email. “But like with any art form, inner feelings and emotions are naturally involved. That being said there is very little protection offered to those who are involved in the music industry. That could be artists, managers, or mix engineers spending countless hours in a dark room. Within that, over the last few years there were some high profile suicides including Avicii, Keith Flint and Jóhann Jóhannsson. That brought the issue of mental wellbeing in the music industry to the fore.”

We caught up with them to find out more about the project: the struggles they encountered while making it, and why they felt it was so important to share Parish’s story.

When did you meet Alex, and why did you decide to make a film about him?
We met Alex on a music video shoot for the London pop band Girl Ray. During some downtime, he shared his own personal experiences with Temporal Lobe Epilepsy and the mental effects of dealing with it. Alex had to go through years of uncertainty about his condition and underwent a rather torturous sounding test to try to discover what was happening to him. He spent four nights in a hospital in which doctors and neurologists tried to induce a seizure out of him through sleep deprivation. When this produced inconclusive results, they prescribed him Keppra, an anti-epileptic drug designed – from what we understand – to reduce or eliminate the chance of seizures. The drug drastically altered his mood and it wasn’t long before he decided he was better off without it. It wasn’t until he was in his early twenties that he was finally diagnosed as having Temporal Lobe Epilepsy. He talked so passionately about how music had helped him through this time and in turn how he had used his epilepsy as a form of inspiration for his musical writing. 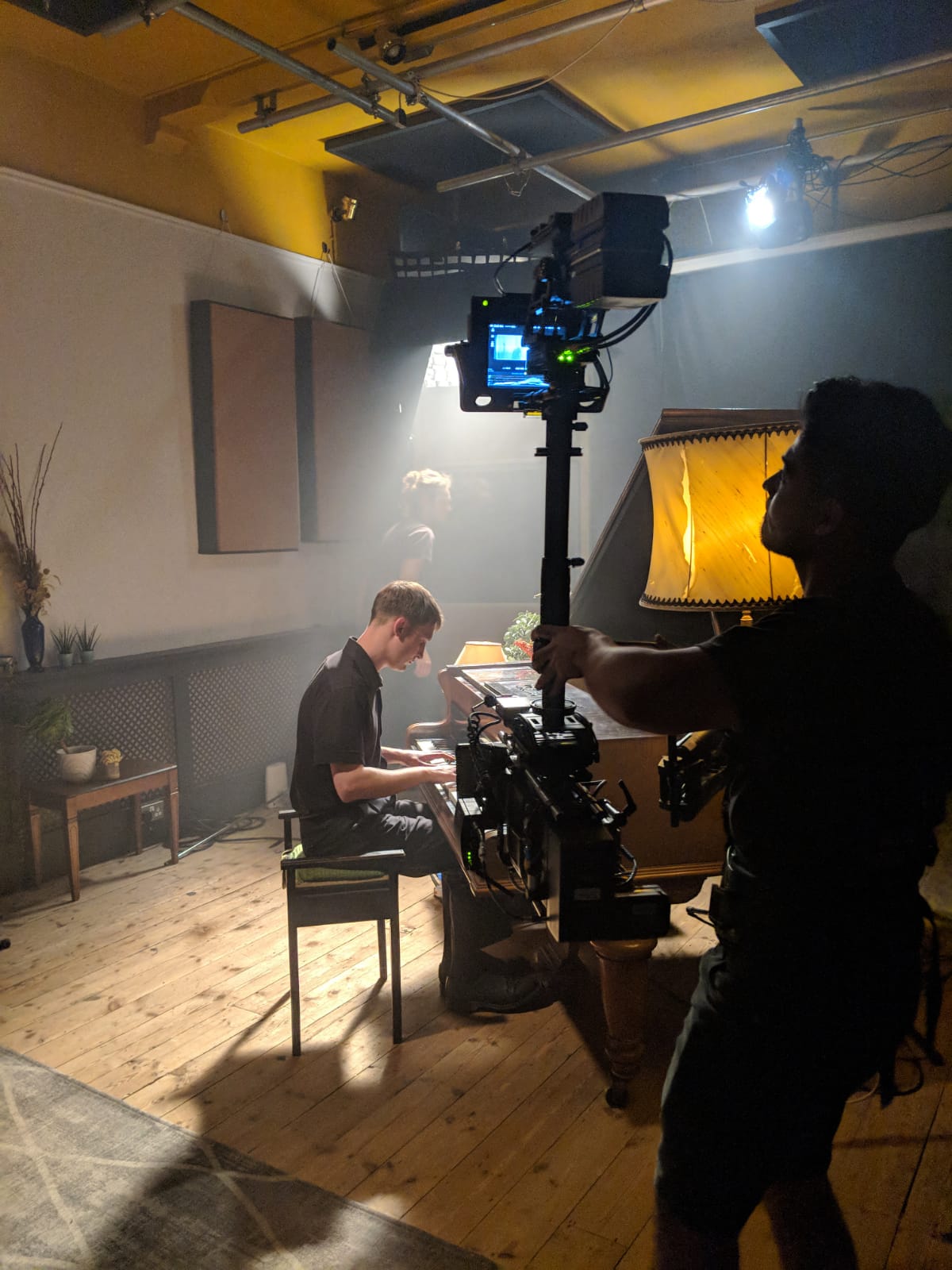 What did you learn while making the film? Did anything surprise you?
We learnt something at every step of the process. Learning about Alex’s own personal story was a huge part of it, learning about something we’d never heard of before but also how he has coped with everything. Another massive part of that process was getting Alex to be comfortable sharing his story. A subject as sensitive as this requires a lot of trust and you need to constantly remember that someone is sharing something very personal, so being mindful of that but also making him feel at ease.

What surprised us was Alex’s willingness to share his story and the involvement he showed throughout the project, juggling his own busy schedule, Alex wrote the piece of music and did all the sound design. We involved him at every part of the process so it really felt like a collaboration by the end.

The production side also threw up some interesting challenges. As a self-funded project, we really had to pull in some favours and penny-pinch where we could, which wasn’t easy. We are massively grateful to everyone involved who gave us their time. When you’re filming in a small studio space in North London crammed with people all pushing towards the finish line it’s a surprise to think the project started over a cup of tea and some biscuits about two miles away and as many months before.

What do you hope to achieve with the film?
As filmmakers, we found Alex’s story compelling but also unique. The fact that Alex was also a composer and musician offered an interesting visual element to our documentary approach to film-making. We wanted to make a film that would introduce an audience to Temporal Lobe Epilepsy but also help start a conversation about mental health in the music industry. It’s a good time to talk about it because until recently those channels of communication weren’t there and people seem a lot more receptive to it at the moment.

Watch When The World Falls Away in full above.

Linkedin
RELATED ARTICLES
OTHER ARTICLES
A new edition of a seminal book brings together iconic images of the band onstage in their full glory and backstage in moments of unguarded camaraderie.
Wealth inequality and the rising cost of socialising is placing a strain on people’s relationships, reports Eve Upton-Clark.
Photographer David Hoffman recalls documenting the extreme wealth inequality around Tower Hamlets and Hackney int the 1980s.
The last few years have seen an increase in LGBTQ-led initiatives to feed the hungry, with many finding ways to stay afloat despite the challenges.
With inflation now at a 40-year-high of 9 per cent, demonstrations organised by TUC took place to demand action from the government.
Photographer Matthew Brookes recalls following a group of young people in Venice Beach living in search of the perfect wave.