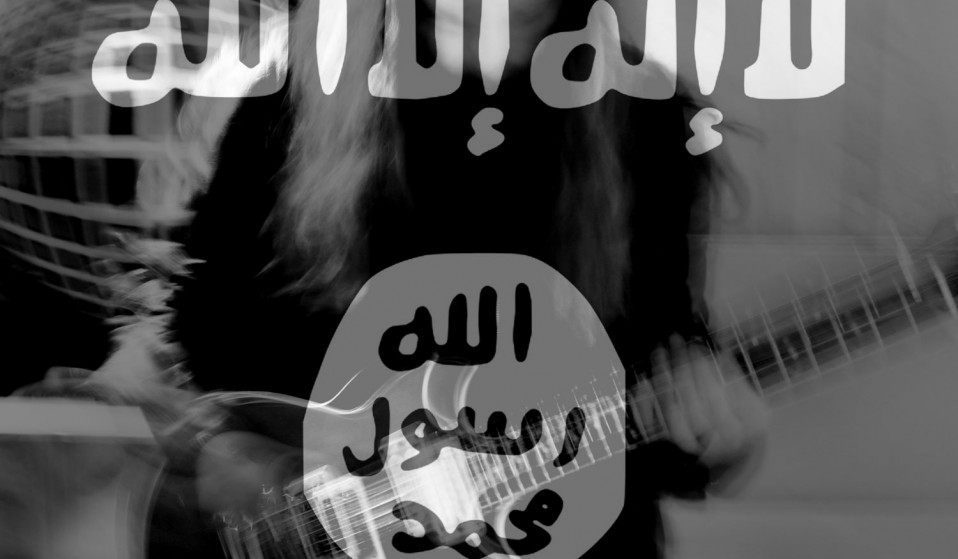 Metal music culture represents much of what ISIS hate. It's also kind of similar. An academic shares some thoughts on the new countercultures of the Middle East.

Metal music culture represents much of what ISIS hate. It's also kind of similar. An academic shares some thoughts on the new countercultures of the Middle East.

I, like many other people, have been glued to live news for the last week. Since six or more terrorists affiliated with ISIS attacked public places in Paris on the night of Friday 13, killing over 120 people, my mind has been racing with questions: Why? How? What next?

There has been a lot of fighting on Facebook: Those rightfully asking why the Paris attacks have garnered so much more attention and compassion than similar attacks in Beirut and Kenya; and those rightfully responding that if you have a relationship with Paris and live in a city similar to Paris, you naturally have a heightened sense of empathy for it. That doesn’t make it right, of course, but it does seem like a waste of time to argue about the obvious.

Fuck Jerry even got involved. 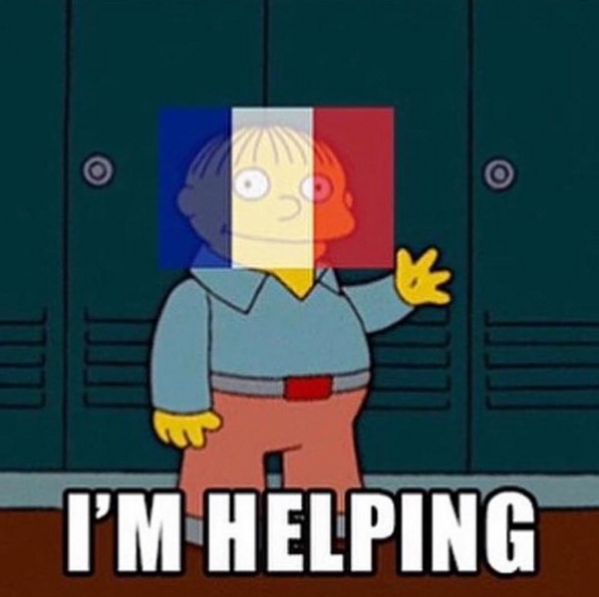 Also, I think, the attacks in Paris felt like an assault on a lot of things that Paris represents: Music, culture, recreation, progressive thought. Indeed ISIS released a statement calling Paris a city of “prostitution and vice.” French philosopher and psychoanalyst Hélène L’Heuillet told Vice: “The 11th Arrondissement is an ideal target in Paris. It is a neighborhood filled with young people, and the Bataclan [the theater attacked by the terrorists] is a symbol of the district… You attack the notion of partying, a symbol of an alleged Western decadence.”

The band playing in the Bataclan at the time of the attack was Eagles of Death Metal, a blues rock band from California, co-founded by Queens of the Stone Age lead singer and guitarist Josh Homme (Homme was not playing on the night). They are not a political band. But they are satirical and self-reflexive. And although nobody would suggest that the attack had anything to do with them personally, it does raise questions about where the values of Western contemporary culture and ISIS, the new counterculture of the Middle East, connect and collide.

ISIS may have made an ideological decision to attack a free-thinking rock gig in ‘sinful’ Paris but metal, a subversive genre with which Eagles of Death Metal share a joke name, is taking root in the Middle East right under its nose. It’s a phenomenon Vice covered as early as 2007 in its documentary Heavy Metal in Baghdad (said by a Vice insider to be a turning point in the company’s editorial direction), and it’s a reminder that the ISIS attitude to life is absolutely not dominant in countries like Iraq and Syria, where it has devastatingly seized significant territory.

What’s interesting is that metal and ISIS actually share some similarities – as countercultural movements that appeal to young people. Of course, the former is playful and creative, and the latter is brutal, totalitarian and murderous. But if the breeding ground is the same – dissatisfaction with hegemony etc. – it follows that one might help us understand the other.

With these thoughts in mind we hit up Dr Gerd Bayer – a professor at the University of Erlangen in Germany who takes a special interest in the anthropological/social elements of pop culture, editing books like Heavy Metal Music in Britain (2009) – to unpick some of the ideological issues unfolding in the bloody arenas occupied by disaffected youth today.

When you first heard about the attacks did you feel like they could be a direct assault on the values of metal music and its culture?
The first time I heard a reference to the band name was during a radio programme I could not hear well, so I only picked up death metal and then indeed I was wondering whether the concert was selected because of the musical genre of the band that performed on the day. Later, I heard the full name and then knew that, at least for those in the know, the band is clearly not your protypical representative of metal music. It is telling, though, that Eagles of Death Metal play a rather ironic if not to say postmodern version of rock, one that takes pleasure in playful mixing of styles, ironic references and a highly self-conscious mockery of one’s own sense of importance. In other words, it is the very attitude of Western popular culture that less tolerant and more totalitarian systems fear and detest. The ability to laugh about one’s somewhat-held convictions is crucial. And this ability certainly exists in the metal community: how else would a band like Spinal Tap have any sort of credibility? And how else would outrageous make-up (Kiss), gender-bending (Poison) or theatricality (Slipknot) be able to survive? In this sense, then, the attack was indeed an attack on metal, insofar as metal is highly representative of what Western culture is all about.

What are the values of metal music and its culture? British working-class resistance…
The working-class elements were certainly important in the early decades, and there is some sort of nostalgia for that (in the jeans/leather outfit, the guy-ethos etc). By now, metal has changed into many different things: partly very performative (Marilyn Manson), partly very political (System of a Down). Those bands that openly engage in political issues, there is frequently a tendency to speak up for the little guys, to ask for tolerance and to counter powerful hegemonic forces. In this sense, metal is clearly part of a subaltern counter-culture. The fact that it wants to be loud and rough and a little shocking also goes in this tradition; one that can be followed back at least to Oscar Wilde, another highly ironic fan of self-performances. It is indeed this sense of performance and of performativity, the fact that a fantastical space is created that everyone knows is make-believe, which sets metal culture apart from many other pop culture phenomena. And luckily, it is only a small segment in the metal community (such as some Scandinavian extreme metal people; or neo-fascist groups) who cannot (or do not want to) acknowledge that metal is first and foremost a show, the representation of a spectacle that reminds us of fact that reality is made and can thus be remade.

Metal has taken root in the Middle East, in both Syria and Iraq, now ISIS strongholds. What’s your knowledge of it there and why do you think it might resonate with a disaffected youth?
I know very little about this, but I can of course imagine that metal, for its anti-establishment attitude and its shock-rock values, is very attractive to people who live under very oppressive political regimes. Those who understand about metal’s (or culture’s) performativity will take to its theatrics as a means to undermine official values and orthodoxies. And those in charge of impose strict rules will see in metal the very thing that needs to be stopped: officially because it seems immoral or even god-less; but actually (though for many probably on a more unconscious level) because it gives voice, very loud voice (!), to the kind of carnivalesque polyphony that upsets those in power.

I spoke to prof. Deena Weinstein briefly and she said in some ways ISIS and metal are quite similar. I think she meant that they are both countercultural movements that appeal to disaffected youth. What are your thoughts on that?
This is a very tricky issue; and I can only speculate, not knowing enough about the cultural dynamics on the ground. When people are drawn to a (pseudo)religious group, it can be for a need to experience some sort of self-discovery. It can also be caused, though, by a more substantial sense of detachment and marginalisation, in which case such groupings (I am thinking here of fascism) take on the character of a visionary in-group that will lead those inside to a greater and brighter future. Such visionary (delusionary!) utopianism is very difficult to counter. And given that many decades of, first, colonialist and then globalised forms of economic, political and military encounters between the west and the rest have left some with a sense of resentment. This resentment can find a harmless vent in DIY forms of cultural resistance: in growing long hair, sporting fancy tatoos, or going to concerts where weird bands are playing. But it can also lead others into the kind of brain-washed inductee-cultures that can then turn into obscene and brutal movements such as ISIS. I suppose what I am saying is that the starting points might be similar for people to move into metal or ISIS, but that maybe the personality traits might be different, with those able to think more laterally and to accept theatricality as a form of subversive criticism going into cultural forms of resistance. And those seeking clear borders and firm rules ending up in extremist groups that follow unwavering principles.

Do you like Eagles of Death Metal? They are only really metal in name. Why do you think they resonate with a contemporary audience?
I appreciate what they are doing more than I can say I like them. As suggested earlier, people from all walks of life can enjoy the syncretism of their aesthetic principle. They are very cosmopolitan, postmodern, inclusive and anti-doctrinaire. This element in metal started with cross-over bands like Rage Against the Machine or Infectious Grooves, which “dared” to include different vocal styles (rap), instruments and harmonic patterns into metal, thereby opening up a somewhat ossified and nostalgic genre. As a result of this genre-bending tendencies (and of the gender-bending that Marilyn Manson performs), metal is now frequently appreciated as a very open form of cultural practice, and tolerant meeting place for non-conformity

Is the contemporary metal community tight-knit? How do you think bands and fans will respond to these attacks?
I am not sure that there is a large pan-metal community. Clearly, people feel very much attached within particular sub-genres, where the power of field-formation is strong. I would hope that, by and large, the metal community will stand together, remain open to anybody who wants to join; and will roar even louder. The best response, to my mind, is to expand the kind of subcultural practice, without turning it into some sort of catholic form-police.

Do you think metal is revolutionary?
I am not sure revolution is the best term to describe the cultural principle that drives metal. To my mind, metal finds itself somewhat caught between the need to celebrate its authenticity (that is to say, its willingness to move outside and against mainstream culture) but at the same time appreciates its performative nature and core in a very self-reflexive manner. Like most good art, metal probably has few illusions about being the starting point for a global movement that will save the planet. Rather, metal will do what it does best: make visible (and audible) that other forms of cultural practice than mainstream culture exist; that propriety is not always the only maxime to follow; and that protest is most powerful when it attacks the very belief systems that provide the rhetorical core of absolutist social formations. In this sense, metal clearly is revolutionary and belongs with many other counter and subcultural forms of art practice.

Reddit
RELATED ARTICLES
OTHER ARTICLES
Jamaica’s greatest export is being tailored to India’s ears, thanks to a party-starting deejay crew who preach the reggae gospel.
Sabaja Craft Brewery co-founder Alex Butler explains how homebrewed beer, infused with punk's community spirit, is a vital part of Pristina’s fierce new identity.
Excerpts from a journey to the origins of skate punk.