Art & Culture / Music / Jamila Woods on anger, self-care and learning to accept yourself 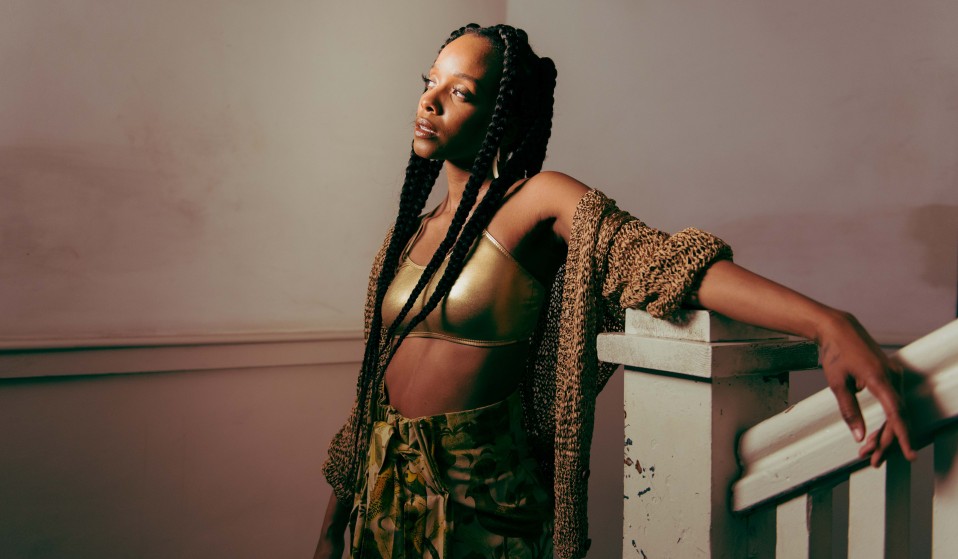 Over the last year, the Chicago artist has gone from spoken word poet to critically acclaimed musician, collaborating with Chance the Rapper, NoName and Ryan Lewis. She shares the lessons she’s learned so far.

Over the last year, the Chicago artist has gone from spoken word poet to critically acclaimed musician, collaborating with Chance the Rapper, NoName and Ryan Lewis. She shares the lessons she’s learned so far.

Sitting down on the top floor of a tucked away London pub, Jamila Woods quotes poets like it’s nobodies business. It’s not surprising considering that the multitalented, multidisciplinary Chicago-based artist has made a point of using a wide range of referencing in her work; her tracks sampling everything from Incubus’ Stellar to playground games.

That doesn’t mean a lack of originality. Far from it. Jamila’s soft voice adds something unique, and her music stands as independent and powerful. With ethereal instrumentals and lyrics that can be both lighthearted, reassuring and politically charged, she is simultaneously a spoken word poet and musician – both occupations clearly intertwined and complementary.

This delicate balance is evident on her debut album HEAVN, and seems recurring in her life and practice – being an introvert who is also a public person, expressing softness and rightful indignation, existing within the confined spaces of music and the freedom of poetry.

You’ve mentioned before that you struggled with accepting your own voice in the beginning. How did you overcome that struggle?
There were a couple of moments – reading a poem out loud in front of people was an important one, because before that I was always very cryptic with anything I wrote. It was personal and I didn’t wanna read out loud. The poetry programme I did in high school was very transformative. It made me more confident in sharing my work.

In Chicago we have this literary tradition, coming from poets like Gwendolyn Brooks and Studs Terkel. It’s about reporting on your own life and your own environment, telling the stories of your own experiences. That was really important for me. I used to write poems about other people’s stories because I thought those were way more interesting than my life. It was like a double lesson: Learning that my story is important and worth telling, and also that my voice is the right voice to tell it in. It’s the only voice I have, so it was important to accept it and explore it, as opposed to not using it and wishing it was something else.

You talk a lot about self-care, both on a personal sphere and in the context of being a black woman. How did your understanding of self-care change over the years?
I’m still figuring it out, but one thing is my hair. I used to have straightened hair – that would take up such a long time. It would require going to the salon for hours and getting this sometimes painful process. I remember when I cut off my hair to grow it natural… it changed my relationship with self-care. It was almost like getting to know a new part of myself. There was this process of discovery, and now I feel like the times when I take the time to twist my hair at night, or do a really cool hair mask or something that I look up, those times feel like self-care. My hair has taught me a lot about self-care.

A lot of times in your music you talk about being an outsider. Simultaneously, your work speaks to many people. How do these opposites interact?
I think part of how I perceive myself as an outsider comes from all of the environments I experienced growing up. Many of them felt like dichotomies. The neighbourhood that my family lived in for most of my childhood was mostly white, and so in all my schools I was the only black person. That was one environment where I always felt slightly different.

It’s not like I found this artist community and I was happy because we’re all the same. I was happy because we were all weirdos who found each other and are accepting of each other. That’s what always reaffirms me – on the song “Way Up” for example, a lot of people relate to it, and there are different layers to that identification too. Some people say “I feel like an introvert” or “It reminds me of being of the diaspora.” I feel like that is just a beautiful way to have a community that’s not necessarily physical.

Often as an artist, there are moments where you have to be alone, so it’s nice to have that reminder that I’m not actually alone in how I’m feeling. 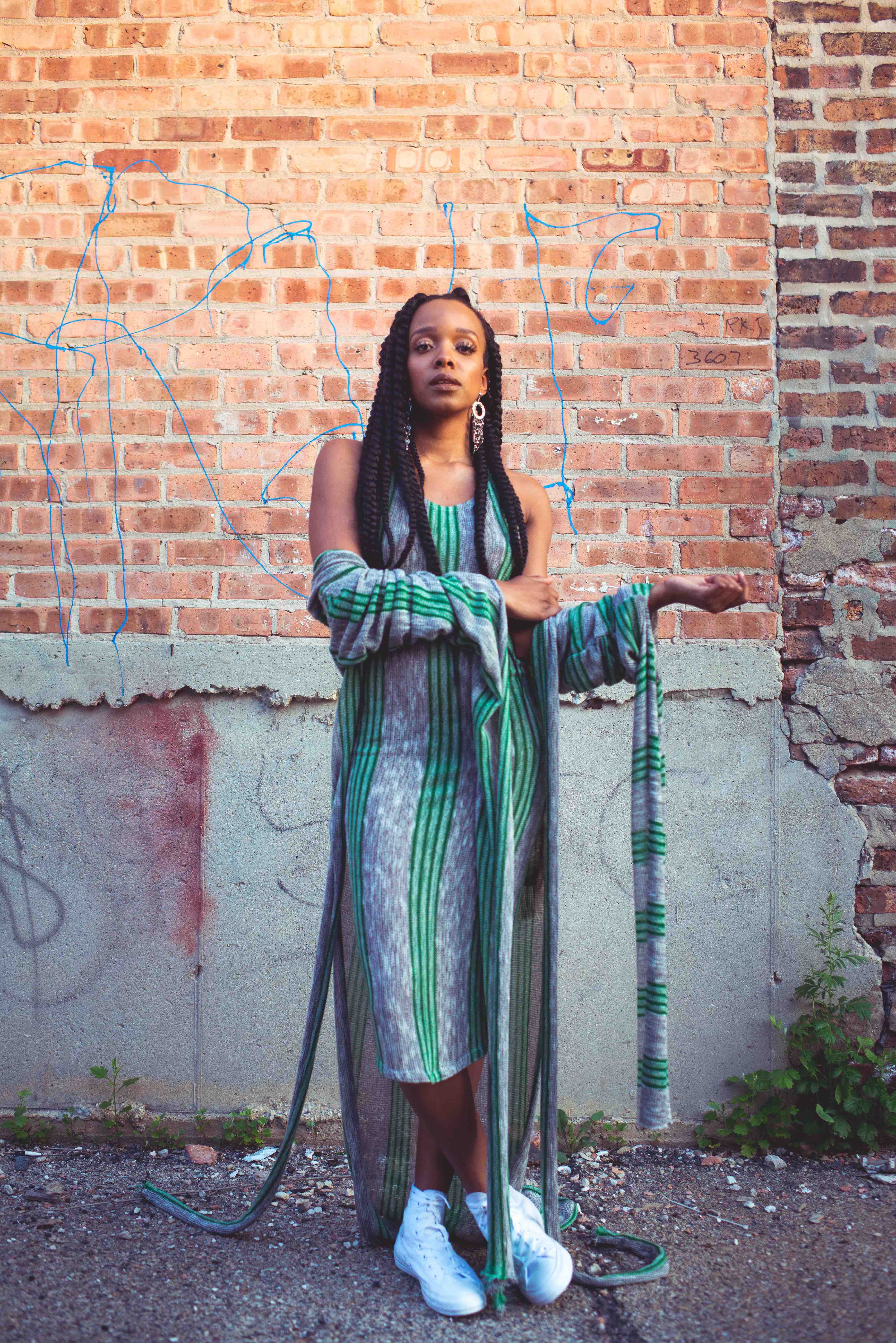 Were there any moments where you doubted yourself?
I doubted whether you can be great at something if it’s not the only thing that you do. I do poetry and I am a teaching artist, work at a non-profit, sing and also want to learn to produce and play instruments. I think also with that insecurity there was a time thing – as if I had to get all this stuff right now. Part of getting over that doubt that I could be a multidisciplinary artist was realising that I’m not running out of time. It’s not like I’m gonna turn into a pumpkin at some point and not be able to do anything. Just because I haven’t done a poetry performance in a while that doesn’t mean I’ve lost my identity as a poet.

The connection between the personal and the political is almost inevitable – how do you feel that relationship is catalysed in your work?
I think about my art a lot in terms of utility. How is it useful? Whether it’s for myself personally, or for my community. I think that is political in the sense that we are fighting, we are in a struggle for freedom, and there’s a need for new tools. Like Audre Lorde said, “the master’s tools will never dismantle the master’s house.” I think about my music as being that tool – whether it’s just for me in my room that one night, or thinking about something that happened in my community or how I wanna express my reaction to it.

There’s an essay, “Self-Reliance” by Ralph Waldo Emerson. I love that essay, and I feel like something people with privilege – something white, cis men have – is being able to go: “I’m gonna say this thing one day, and I’m gonna say another thing tomorrow,” and that’s cool. There’s no contradiction! I remember reading that in high school and thinking: “That’s how I feel.” I never feel like I know exactly what to say at any given point, but I wanna feel free to say what’s on my mind, and then say what’s on my mind in the next moment, even if I contradict myself. I want to be able to contain multitudes like that.

Quite often your work is mentioned as “political, but not angry.” How do you see anger?
I didn’t necessarily consider my work angry, but hearing that description definitely caught my attention – I felt like it gave “angry” a negative connotation, when actually when you listen to the album, a lot of it is about feeling valid in whatever emotions that you do feel.

One of my mentors told me once “you’re a spoken word poet but you’re not all loud, like spoken word poets are usually like, that’s interesting.” I learned early that quiet can be powerful too, and I believe that when it comes to my anger. My anger doesn’t necessarily look like what you might expect a black woman to look like when she’s angry, but that doesn’t mean that it doesn’t exist and that it’s soft. Not that soft is bad. I believe in softness.

I feel like writing “Black Girl Soldier” I was super angry, almost angry to tears. That space of obviously feeling hurt and vulnerable, but also angry and mobilised at the same time – I think that’s where my music exists in. Between those two poles.

Jamila Woods’ debut album, HEAVN, is out now. Pre-order it on vinyl here.

Linkedin
RELATED ARTICLES
OTHER ARTICLES
Photographer Becky Tyrell went down to the fading banger and stock raceway to meet a community desperate to keep it alive.
Filmmaker Laura Poitras discusses her new documentary which traces the remarkable life of the artist-activist and the impact of her battle against the US opioid crisis.
Theo McInnes’s photos of the annual event provide an intriguing snapshot of contemporary Britain.
Following the release of his debut single, Deyaz talks battling addiction, dealing with his struggles through music, and building a budding music career from his living room.
A new film from Berghaus traces the story of Adam Raja, who left behind a turbulent upbringing to discover the healing power of climbing.
After building his reputation covering the US civil rights movement in the 1960s, the photographer went on to produce some of the most enduring images of the past century.