Art & Culture / Music / How Michelle Zauner is healing through sound 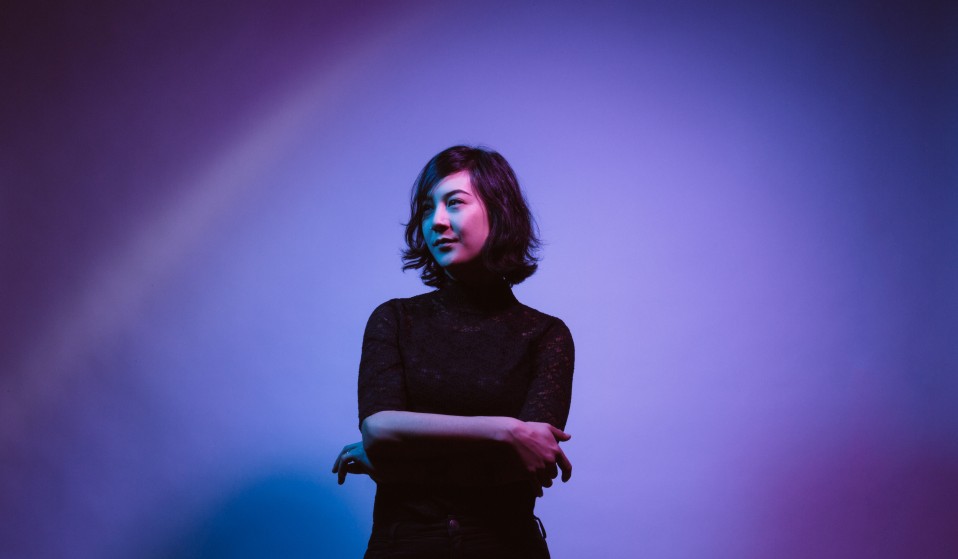 Michelle Zauner wrote her first album as way of coping with the loss of her mother. Now, with her new album Soft Sounds From Another Planet, she is looking to feel again.

Michelle Zauner wrote her first album as way of coping with the loss of her mother. Now, with her new album Soft Sounds From Another Planet, she is looking to feel again.

“I just feel that life is really meaningless. Music is the only thing that makes me feel like I am contributing anything at all to the world, or creating any kind of meaning,” Michelle Zauner (also known as Japanese Breakfast) tells me point-blank as we sit on a raised patch of concrete flooring in the shade of a huge Shoreditch garage.

When talking to Michelle, you can tell she isn’t your run-of-the-mill Portland art kid. The only child in a family of Korean immigrants, she spent her younger years relying on her imagination for amusement while living in a small town by the woods with very strict parents. Her first connection to an instrument was not through a hand-me-down guitar in some dingy basement smelling of weed, but rather through being made to take piano lessons at a very young age “like most Asian kids do”. Back then, it was not about the music – rather, it was about the discipline.

When she hit thirteen, thanks to the influence of her friends, Michelle started developing a taste for music – listening mostly to Pacific Northwest indie rock bands, such as Death Cab for Cutie, Grandaddy, and Mount Eerie. She yearned to pick up a guitar, but was only allowed to by her mother three years later. The moment the instrument was in her hands, Michelle taught herself to play and started writing – but it wasn’t until much later that music managed to claimed its spot as the focus of her life.

“When I was 25 it was the first time I worked a 9-to-5 job – an advertising job, where I was sitting at a desk all day. I was there for a year, and I would sit for 8 hours, being busy, eating lunch at my desk… I would leave the office feeling like I had accomplished absolutely nothing.”

“I just felt completely unfulfilled. That’s when I finally realised that music was something that I had to pursue. It was this thing I kept trying to push away, and it kept coming back into my life. It was what I was meant to be doing.” Michelle goes on to speak of a certain envy for bandmates and colleagues who saw music as a vocation from an early age, whereas she is still going through a learning process – but she wouldn’t have her trajectory be any different.

“In some ways I feel like I needed to struggle, and not be allowed to pursue music so easily, just to know that it was what I really wanted to do, and be able to work so hard at it now. I don’t come from a family of musicians – I really had to prove to myself that music is what I wanted to. Or rather, music had to prove itself to me.”

She joined a band called Little Big League when she moved to Philadelphia at the age of 18, but had to leave the project after graduating college to care for her mother who had been diagnosed with cancer. Michelle’s  first album under the moniker Japanese Breakfast, Psychopomp, came three years later, right after her mum’s passing. It was her way of dealing with the feelings of grief and sadness that come with losing someone close after a long period of struggle.

“I really thought that Psychopomp was going to be my last album – that I was going to put it out and have it  there just for me,” she tells me. “That’s when I moved to New York to get a job, because I just didn’t think I could tour anymore. I didn’t think I had it in me. I just felt like I had hit 25, and if it hadn’t worked out by now, it wasn’t meant to.”

But much to Michelle’s surprise, the dreamy and emotional indie record was received with extensive critical acclaim, and, while at the time of writing she had no label, and no expectations to see it amass any sort of success, after its release she had been signed to independent label Dead Oceans.

“It’s hard not to feel like there was some force in the death of my mother,” she muses, quietly. “That the birth of this career was almost like a gift from her to me. I’m not a religious person or anything, but quietly that’s how I feel sometimes. It’s very sad.” 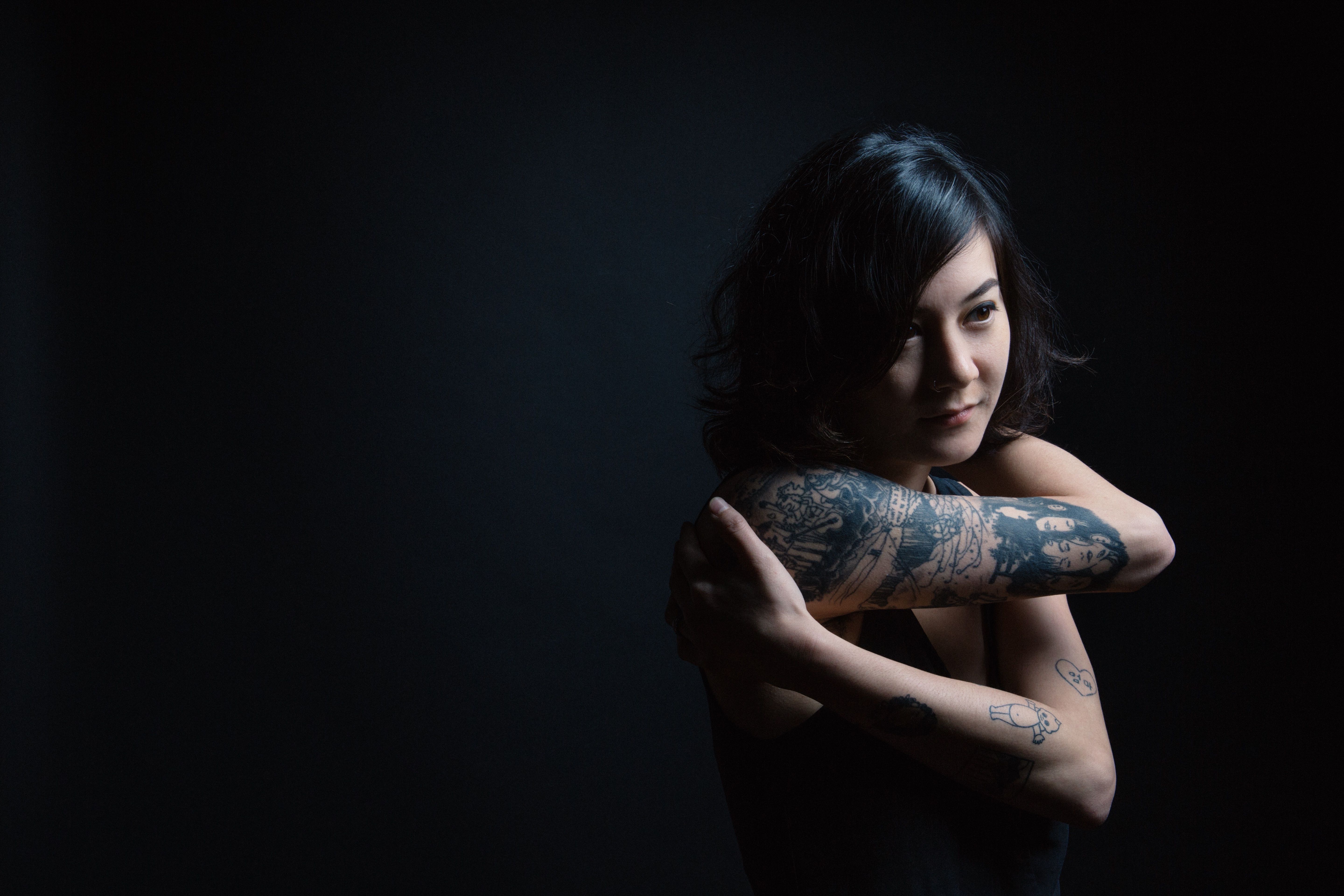 Now, a year later, Michelle is gearing up to release Japanese Breakfast’s second offering, Soft Sounds From Another Planet. Her newest album is full of dualities, speaking of emotions through technology and of art through discipline – it reflects on the contrasts present in the year right after the release of Psychopomp, in which the happy culmination of 10 years trying to be an artist came hand-in-hand with the strong feelings of grief that were still present in Michelle’s life.

In Soft Sounds, Sci-fi visuals are combined with lyrics describing familiar situations that end up leading to catharsis – an almost imperceptible point of access to feelings that were bubbling just beneath the surface. For Michelle, the explicit connection she makes between technology and humanity is not just about the detachment of modern life that we all can relate to – but also about the way she was, once again, processing her own feelings.

“For that past year [after Psychompomp] I had been very emotionally shut off. I felt like being a caretaker for six months had really made me turn off my emotions, because I was afraid that, if I really allowed myself to feel them I would never climb out of the depression that would come out of that.”

“I think I was relearning how to feel this past year, trying to be less of a robot, less of a machine – remembering how it was to be emotional again.”

Her piano lessons might not have not left much for Michelle in terms of her ability to play, but as far as her artistry goes, being disciplined is still pretty important. Despite dealing with strong emotions and being a very sensitive person, she does not subscribe to the “chaotic creator” tropes. “I don’t wait for inspiration to strike because I think that this is my job, and as such, it’s my job to work at it”, she explains. Michelle tries to write a song a day, and has plenty of rules established for herself, both as a form of creating and as a form of keeping depression at bay.

Ultimately, for Michelle, music is not just a form of expression – but a way of living, feeling and belonging.

“I spent so much of my young adult life feeling really different and feeling misunderstood,” she sighs, as the crowds of tourists start to approach our spot by the garage. I ask what she means.

Soft Sounds From Another Planet by Japanese Breakfast comes out on July 16. You can pre-order it through Michelle’s website.

Linkedin
RELATED ARTICLES
OTHER ARTICLES
The answer to improving the well-being of Palestinians rests not with individualised solutions from the Global North, but with ending settler colonialism.
Following the release of his latest album God Don’t Make Mistakes, the rapper talks horror villains, police brutality and being unafraid to show his vulnerable side.
Photographer Phyllis Christopher recalls capturing sex and protest at a time when the city had become a haven for the queer community.
Members of the collective share some of their reasons to run as part of #UnitedBySummits, a campaign that looks to uncover transformative power of the outdoors.
The situation in Afghanistan remains dire, with many groups facing persecution at the hands of the Taliban.
Writers Matt Foot and Morag Livingstone explore how four decades of collusion between the government and the police have slowly eroded our right to protest.