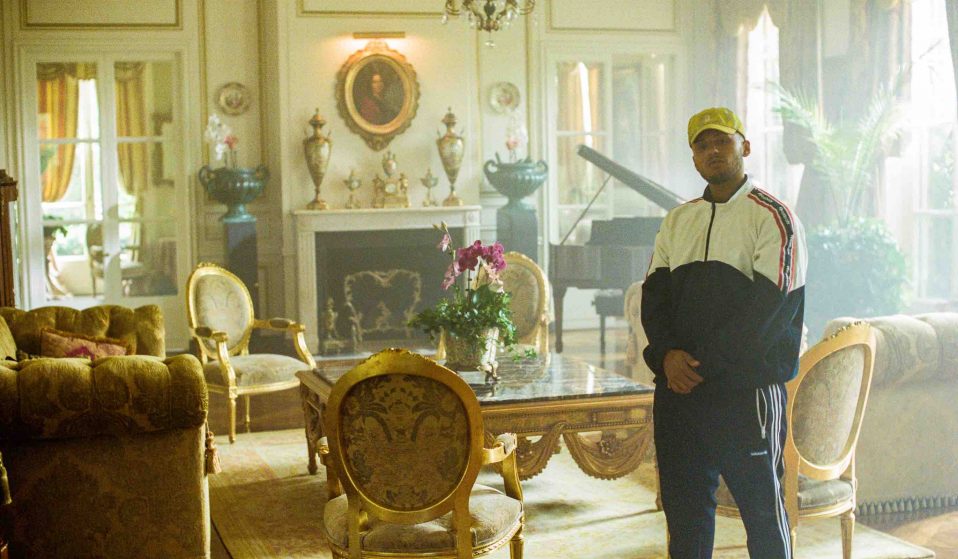 Fresh from making his live TV debut alongside RZA, we speak to the 25-year-old artist about building on that success, creating a legacy and opening doors for fellow underdogs.

With his sophomore album, the 25-year-old rapper is responsible for one of 2018’s best releases. Fresh from making his live TV debut alongside RZA, we speak to him about building on that success, creating a legacy and opening doors for fellow underdogs.

Chicagoans are a proud, passionate people. A cursory glance in the direction of the Windy City will tell you that: from their baseball team, to their pizza, to their president, Chicago natives fiercely back their own.

But, despite being the third largest city in America, with a long list of notable residents, it is perhaps only bested by Philadelphia as the spiritual home of the underdog. Many grow up around wall-to-wall violence and poverty. It’s as if everybody there is born with an iron will.

In that sense, it’s a good time to be talking to Joey Purp. Over the past decade, the Chicago rapper has seen his hometown pronounced on the world stage like never before as it experiences a huge cultural and political renaissance.

The infamous murder rate is falling, progressive candidate Amara Enyia is making noise in the mayoral elections and a whole new generation of artists from the city are beginning to leave their mark on the wider world: from 2018 breakout Valee, to the masterful Noname. Not only that, Joey’s sophomore studio album QUARTERTHING, which dropped in September, is already being heralded as one of the year’s best hip hop releases.

And, in many ways, he has Chi-town to thank for that. As a kid, Joey (born Joseph Davis) moved a lot, living in neighbourhoods from the working-class Wrigleyville to the largely Puerto-Rican Humboldt Park. The process, he explains, exposed him to a wealth of different perspectives, and an all-encompassing understanding of life in and around the Second City.

After dropping out of high school in his senior year and spending a period bumming around and selling weed, he shared The Purple Tape – his first mixtape – in 2012. Purp’s mother (a thrift store owner), was unaware of the extent to which her son’s “hobby” had gotten out of hand, until she started seeing the Chicago venues he was filling up as people began to take note.

While he’s the first to admit that she and his father (a reformed drug dealer turned restaurateur) came from “unconventional backgrounds”, Joey is reluctant to let them define his story. In fact, he’s reluctant to discuss anything that strays too far outside of his singular focus: progress.

“When I started doing music I wanted to draw from my own experiences and do my own thing,” he says, speaking over the phone from the city where he and the likes of Vic Mensa, Nico Segal, Chance The Rapper, Towkio and others honed their craft during their teens as part of the hip hop collective SaveMoney.

With so many future stars operating together in close quarters, the competition was fierce: the constant pressure to one-up his peers meant that Joey was forced to develop his freestyle skills quickly, or face being left behind.

“It was a steel-sharpens-steel type of vibe. More than anything else though, being part of SaveMoney showed the younger Purp that his dream was not impossible. I watched it happen for [Vic and Chance] so I knew it was possible. I watched them build their things from the ground up and it instilled this level of confidence in myself where I knew it could be done.”

QUARTERTHING is a project that’s made with exactly the kind of confidence that Joey talks about. Lyrically, it’s a cross-section of the triumphs and tribulations the 25-year-old has faced: from his dealer past, to the problems his new-found fame and fortune has brought. 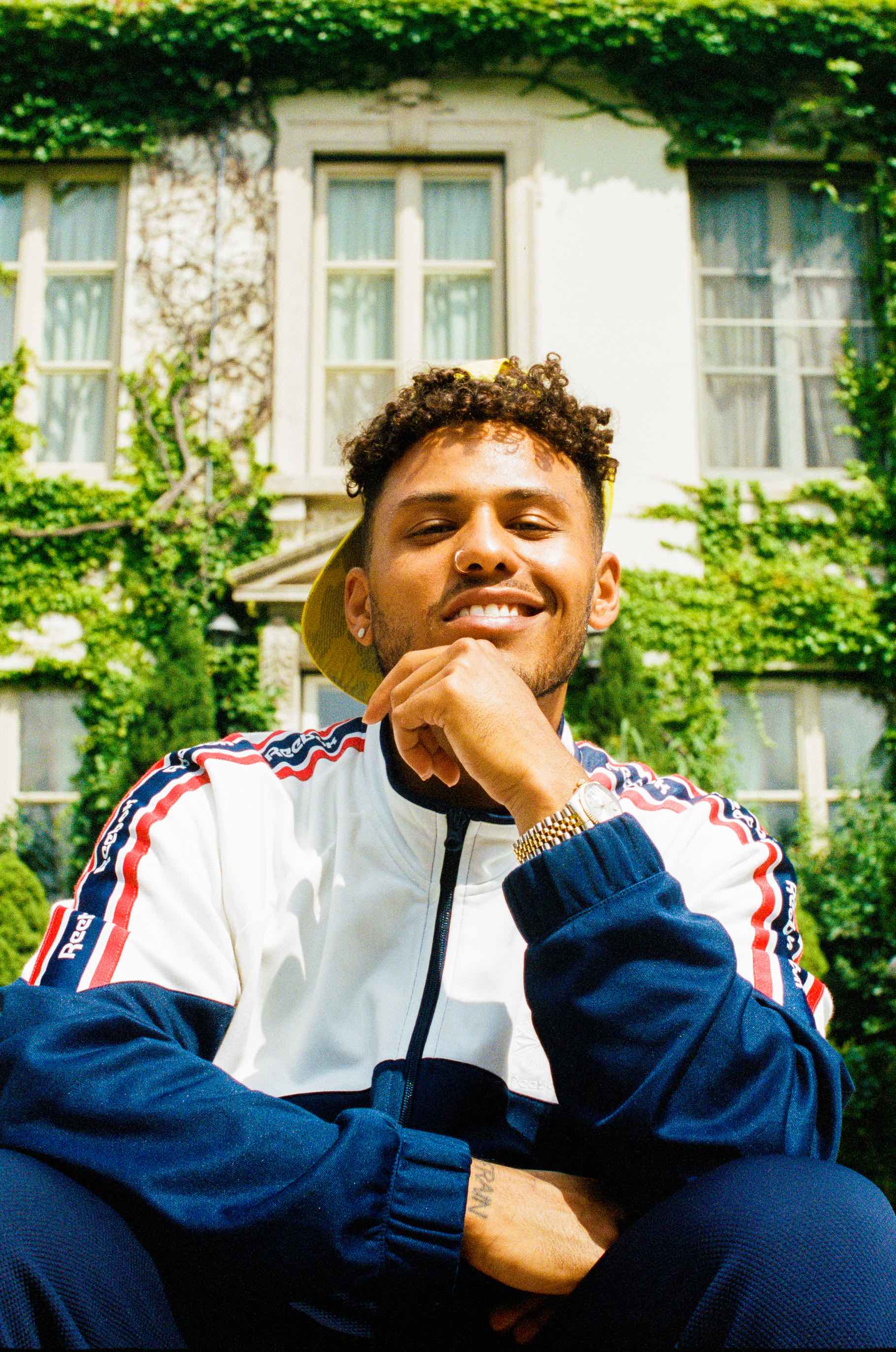 Sonically, it’s a journey through style, genre and time. In his quest to make a document that speaks for his hometown, Purp leans on a number of musical boundaries – from jazz, to blues, to house, to boom-bap, to drill; sounds synonymous with Chicago.

“I wanted to make sure that when people listen to this that they realise that not only is this a Chicago artist, this is a project born from the heritage of Chicago music. That Chicago is not just one thing or one sound, it’s this whole rich history put together.”

It’s this history of leaders and pioneers – one that extends much further than just music – that Joey Purp believes makes his city unique. Though he feels it wasn’t something that was truly recognised until Barack Obama became the first black President of the United States.

“Obama definitely helped Chicago in general, just his presence and his energy,” he explains. “Like, Chicago started to turn up because of Obama. The world started looking at Chicago because of Obama.”

Joey likens the raising of Chicago’s profile to that of a sports team, of which Obama is the franchise player. “It was like Cristiano Ronaldo going to Juventus. It was like Lebron and Cleveland. The jersey started flying off the shelves. And now when you watch the Chicago games, you see these other players like Chief Keef and Chance The Rapper – it creates this whole new infrastructure for prosperity where there wasn’t one before.”

One person who has been particularly vocal (typically, given his character) about creating prosperity is Kanye West, a figure whom anybody with even a casual affinity to Chicago’s music scene reveres and respects. His global public image, however, has taken a beating of late – largely by his own hand – through a number of infamous public appearances (most recently, a bizarre visit to the the Oval Office) and statements.

“I’m not mad at him. He’s doing something that makes sense and is true to him. All the things he’s saying he wants are things that I feel are positive for my city,” he says, referring to Kanye’s ardent advocacy for prison reform.

“They say your intention defines what you really do – everything else is gonna fall into place. The methods might be a little mixed up because he’s relaying it the wrong way. He’s going through things right now, but I think as long as his heart is in a good place then nothing bad can come from it.”

“What’s more important? The hat he’s wearing, or the thing’s he’s talking about? Is the hat more important than getting a bunch of innocent people out of jail? Than teaching kids to meditate and think about their feelings?”

For Chicago rappers, Kanye’s hero status is all but unshakable, largely because he continues to champion the city. It’s something Joey is seeking to emulate. Fresh from making an appearance on Jimmy Fallon’s Tonight Show alongside Wu Tang legend RZA (another of his personal heroes), he recognises that, just as his album contains lessons for kids from the Westside, his presence on millions of TV screens goes a long way in terms of inspiring a younger generation. 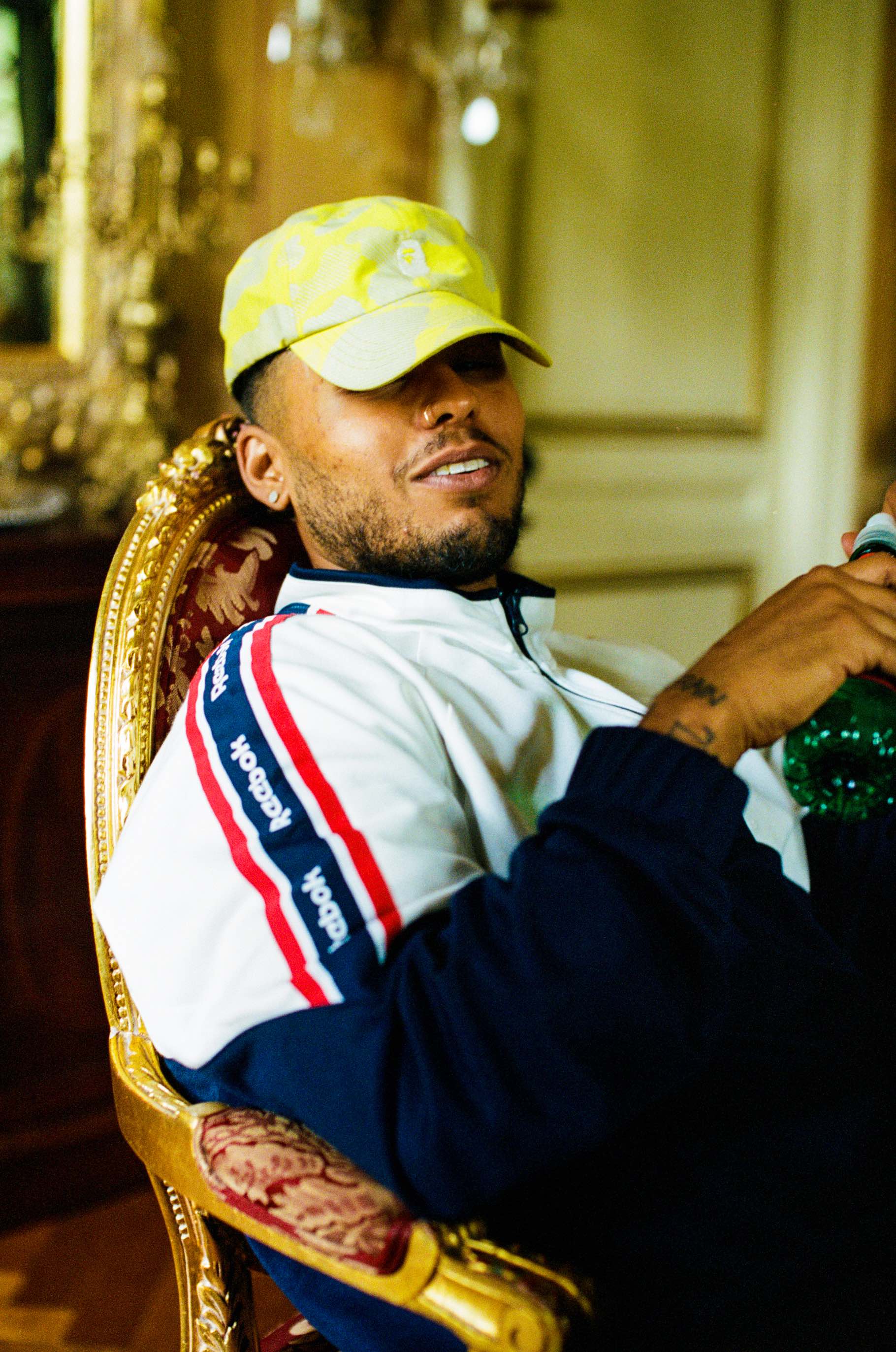 “Just me being here is something. It’s really just a testament to the fact that anybody can do it. And that’s something I preach all the time. Everybody goes through things, but anybody can do anything,” he says.

When it comes to giving something back, he wants to start small and within the community. “When we were young we used to do shows every Thanksgiving and you could get in with a certain amount of non-perishable food items we could donate,” he reminisces. “You can [do that] at any level and you can start tomorrow, I just need to take the initiative.”

In the world of music, he has a list of dreams to make reality. Nothing, it seems, is off limits. Chicago might be the start, but Joey Purp has plans to extend his reach worldwide. And why not? After all, it’s an ambition that’s served him well enough up to now.

“I want every one of my albums to be the best album of the year. I want to work with everyone I’ve ever wanted to work with. I want to open more doors and provide opportunities for new artists that come after me. I want to be one of the people that left the game in a better place than where they found it.”

Linkedin
RELATED ARTICLES
OTHER ARTICLES
A new documentary explores the government’s efforts to quash the protest movements of the late ‘60s by any means necessary.
Over the weekend, London locals came together to resist a pre-planned police raid targeting delivery drivers.
The revered showbiz chronicler recalls his journalistic beginnings, documenting subcultural scraps in the ’80s.
Government plans to make it harder for people to go to university will only entrench inequality.
The author discusses her blistering new novel about history, revolution and queer love.
Our new magazine is here, starring the inimitable Mitski. Order your copy now and join us on a trip around the world.