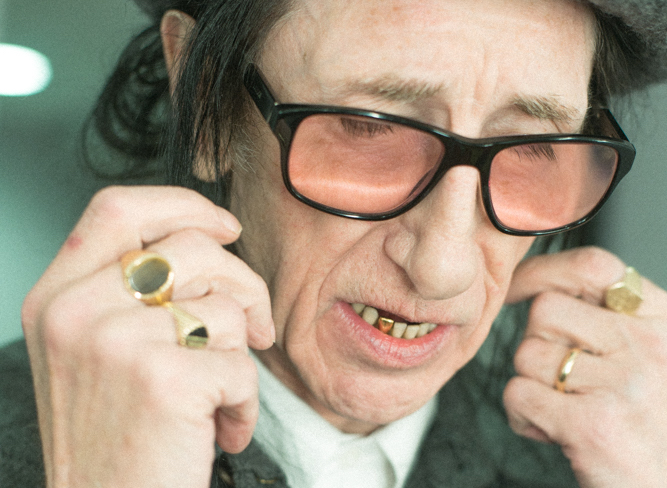 A young wordsmith fascinated by American culture, John Cooper Clarke couldn’t wait to get to New York. Today, the 70-year-old poet looks back on his time there – from the performances to the drugs.

A young wordsmith fascinated by American culture, John Cooper Clarke couldn’t wait to get to New York. Today, the 70-year-old poet looks back on his time there – from the performances to the drugs.

“It’s a cliché, but I was really fucking gripped by the Velvet Underground,” says John Cooper Clarke, applying wax to his chaotic, jet-black mane in the mirror of a Manhattan dressing room.

On the second night of a three-pronged mini-tour of New York, the punk poet is in a buoyant mood as he recounts the circumstances that first brought him to the city as a young man – and the obstacles that have prevented him returning since.

“You’ll hear it from every schlub from my era, but the mythology of [seminal music club] CBGB’s is unassailable. I saw punk rock as the same strand as Kerouac, The Cafe Wah and the Greenwich Village thing. I was dying to get out here and meet these people.”

Whether it’s his legendary performances in ’70s Manhattan, or the fact that his most celebrated poem – “Chickentown” – was used in the penultimate series of The Sopranos, Cooper Clark’s connections to the five boroughs are strong.

When he first arrived in the city in 1978, he may well have recognised much of the landscape as familiar: the Yiddish idiomatic speech and towering fire escapes of Manhattan wouldn’t have been too unlike the Hasidic, Higher Broughton area of Salford where he grew up. Of course, there were differences too. 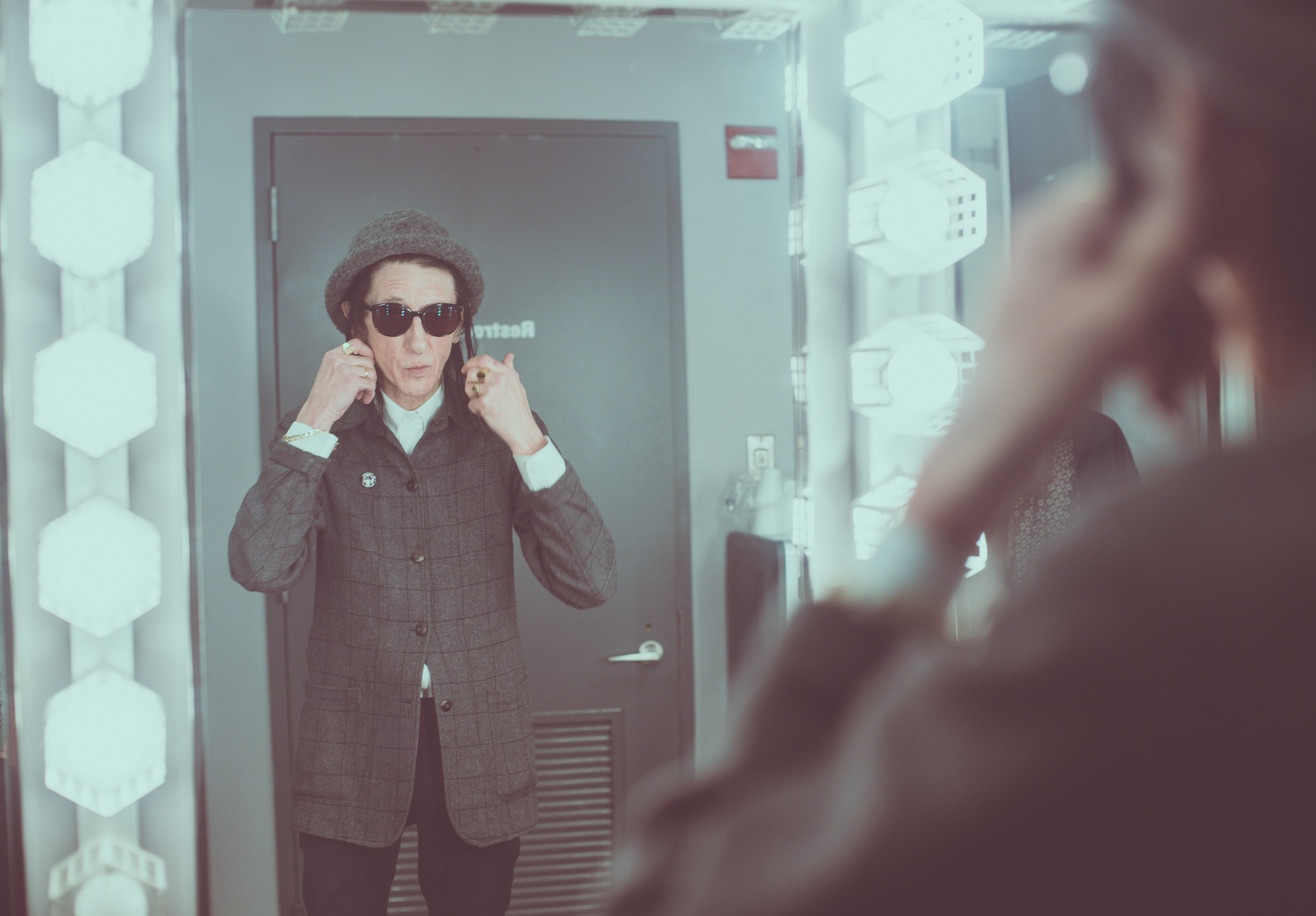 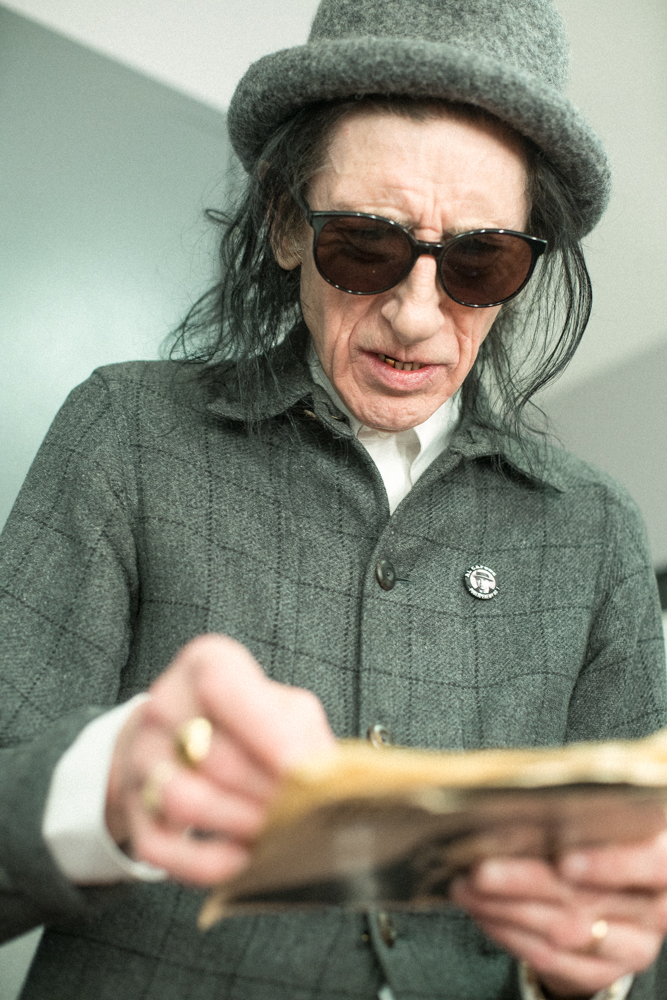 “Punk rock in England was very different to the scene in New York,” he says. “It only really lasted two years in England. It got sort of politicised into oblivion and became rubbish very quickly.”

“In New York, it never dealt with narrow politics, and it was all about narcotics. As I’d already acquired a taste for that, the whole thing was very attractive to me.”

From an early age, Cooper Clarke was determined to make a living out of poetry. Originally a self-confessed “soul-boy, pill-head, textbook Mod”, he gravitated towards punk, getting his break opening shows for bands the Sex Pistols and The Fall. However, it was the Beatnik poets of New York in the ’50s, and their exotic patina of glamour, which really shaped the young bard’s self-image.

“It was very difficult to get books by Jack Kerouac back then,” he remembers. “I found out about them via Mad Magazine, where there was a spoof on Beatniks in ’57. I finally got one, Big Sur, and thought, ‘Yeah, this is sensational.’”

Most western-facing port cities romanticise their connection with New York, and Manchester is no different. But Cooper Clarke closed the distance between him and his peers by reinterpreting traits from the Beatniks, creating an authentic approximation of the style he so enjoyed.

His direct and irreverent wit won him fans in the UK from the offset, and it wasn’t long before that success took him stateside. Shortly after arriving in NYC, he headlined CBGB’s to a star-studded audience – featuring the likes of David Byrne to the pop-art masters of the day. But the chance to mingle with the cream of the city’s art scene wasn’t the only reason Cooper Clarke was so happy to be there. 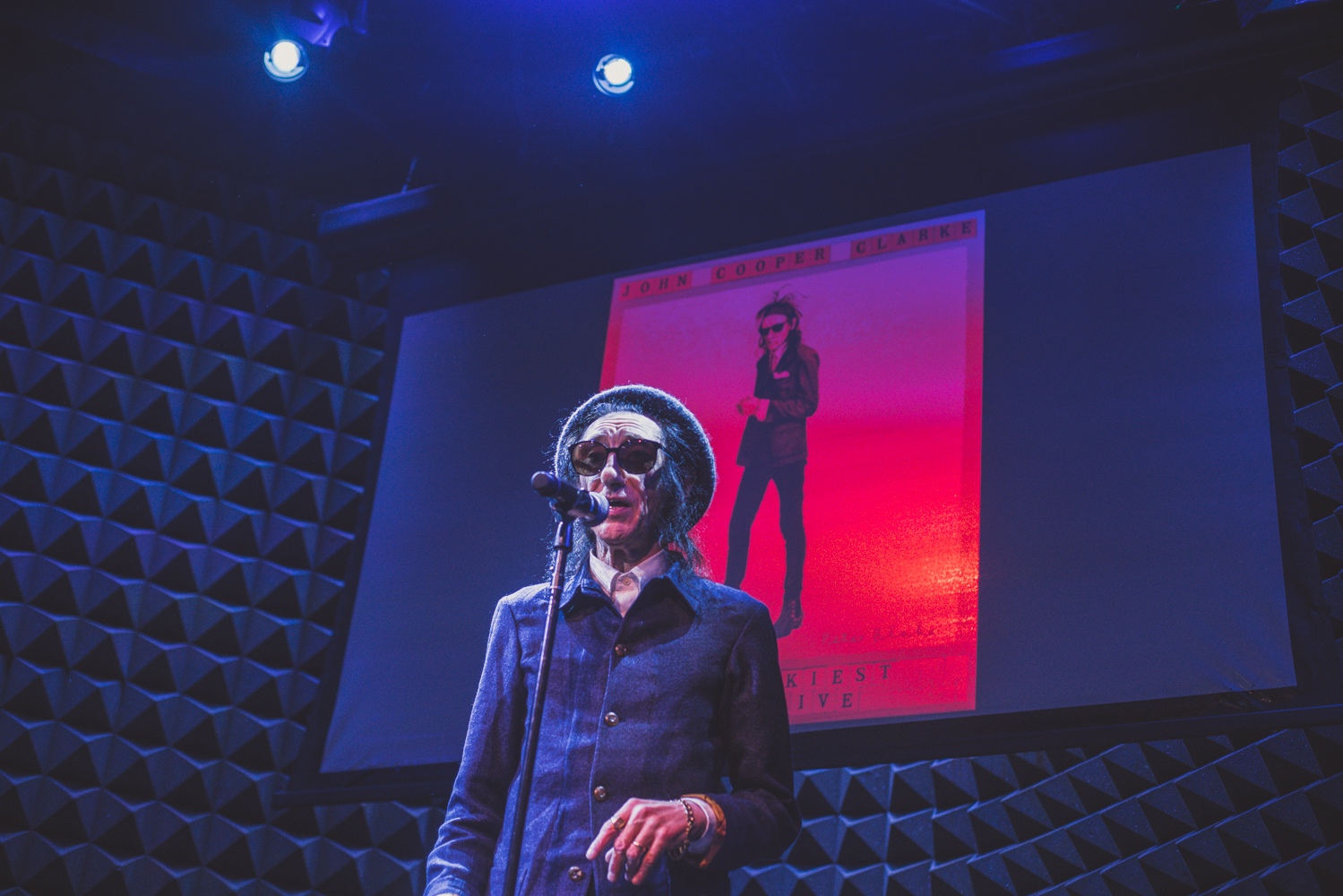 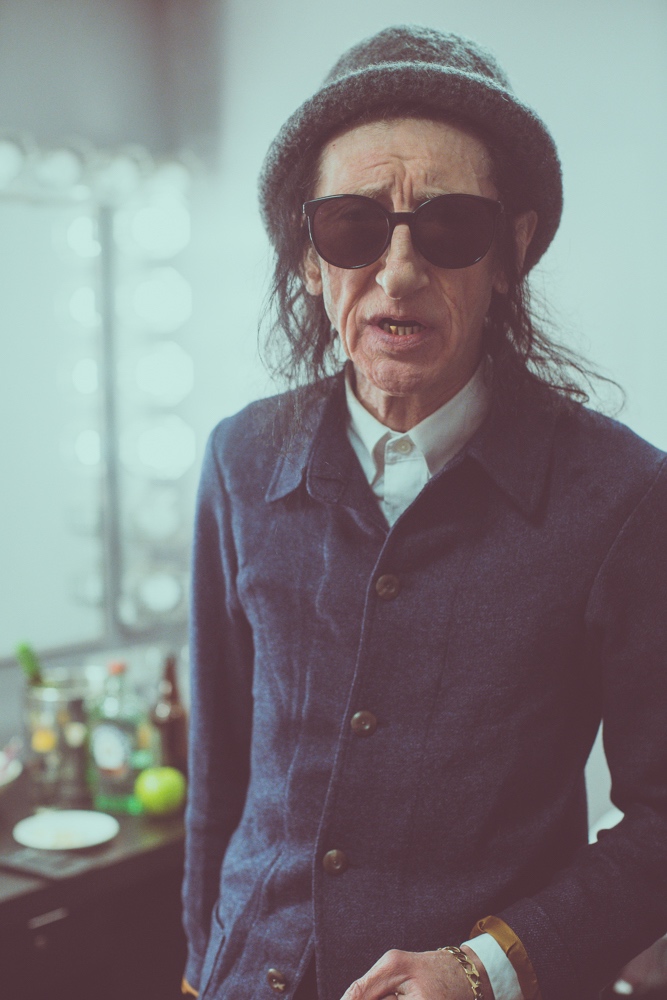 “New York was the only place where people didn’t get the screaming heebie-jeebies if you liked to shoot-up,” he explains. “As a former intravenous drug user, I naturally gravitated towards the place.”

“Whatever people say about the rock business in England, they were like old women around heroin. I thought, naively, ‘So what I’ve got a heroin habit? That doesn’t mean I can’t have a record deal!’ But they dropped you like a hot piece of shit if they thought you were going near it.”

The subsequent “lost years” – eight of which were spent living in Salford, with Nico of the Velvet Underground – were characterised by disengagement and creative secession. (He would later describe it as a “feral existence” in an interview with The Guardian.) After an elongated period of withdrawal, he returned to live performing in the ’90s.

Today, Clarke cuts an excitable figure. It’s clear, as he waits for his support act – Mike Garry, another proud Mancunian – to finish, his appetite for being on-stage hasn’t dampened. But how does performing in contemporary New York compare to the Sin City of the 1970s?

“CBGB’s is now a high-end clothing outfitters – it’s much more hygienic these days,” he says. “I was just standing outside the Ludlow Hotel before, and I was watching how people comport themselves here. They’ve got their shoulders back, they’re looking the world in the face. Whenever I stand up straight in England, I feel like everybody is looking at me, thinking, ‘Who the hell does he think he is?’ They don’t care if they look like a dick in New York.”

And much like the city he has come to adore, Clarke remains charismatic and utterly original: a colossal one-off.

“I’m a punk rocker that was always more wedded to the scene in New York. One hand washes the other, as the Cosa Nostra say. There is a kind of magic here. You can’t analyse it too much.”

Linkedin
RELATED ARTICLES
OTHER ARTICLES
Over the weekend, London locals came together to resist a pre-planned police raid targeting delivery drivers.
Following the release of his latest album God Don’t Make Mistakes, the rapper talks horror villains, police brutality and being unafraid to show his vulnerable side.
The government’s failure to take long Covid seriously has led to the formation of a group campaigning for the thousands of forgotten victims of the illness.
The author discusses her blistering new novel about history, revolution and queer love.
Following the success of her debut novel, the Tottenham native is restating her commitment to the place that made her.
The situation in Afghanistan remains dire, with many groups facing persecution at the hands of the Taliban.