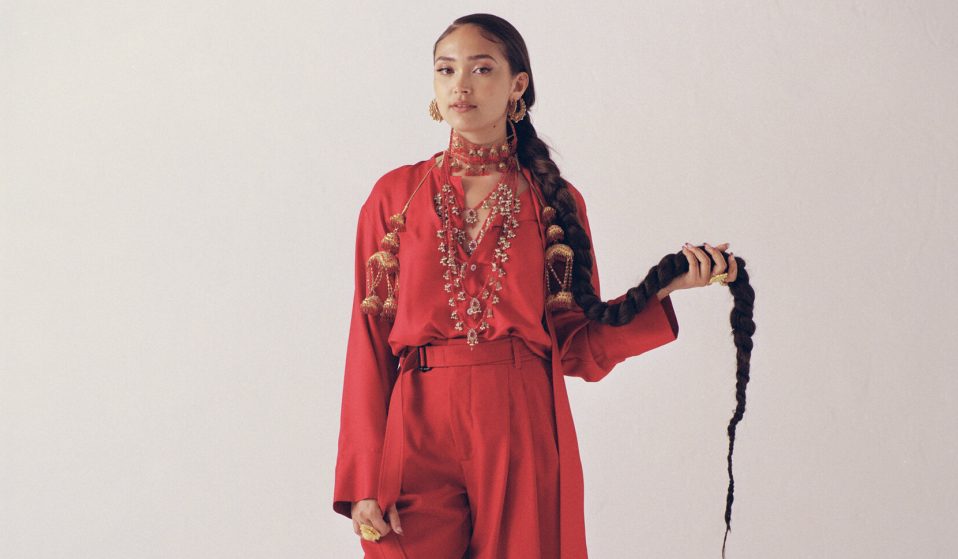 The 22-year-old singer talks resisting the erasure of Black and brown women’s voices and leaning into her Bangladeshi roots.

Ahead of the release of her debut album, the 22-year-old singer talks resisting the erasure of Black and brown women’s voices and leaning into her Bangladeshi roots.

The symbolism surrounding skin often refers to ideas of toughness and resilience; growing up, children are told to develop a thicker skin, and adults boast “that’s no skin off my nose” when a problem doesn’t phase them. But, if our skin is so strong, why is it such a source of injustice? This is an idea Joy Crookes wrestles with both in life and now in her debut record, titled Skin.

London-based Crookes was only 17 years old when she released her debut single, ‘New Manhattan’, in 2016. Since, the insightful lyricist has dedicated her time to honing her craft and developing her musical identity with the release of singles and EPs, but never a full-length project. Now, equipped with half a decade of experience, she’s more than ready to put out a complete body of work. 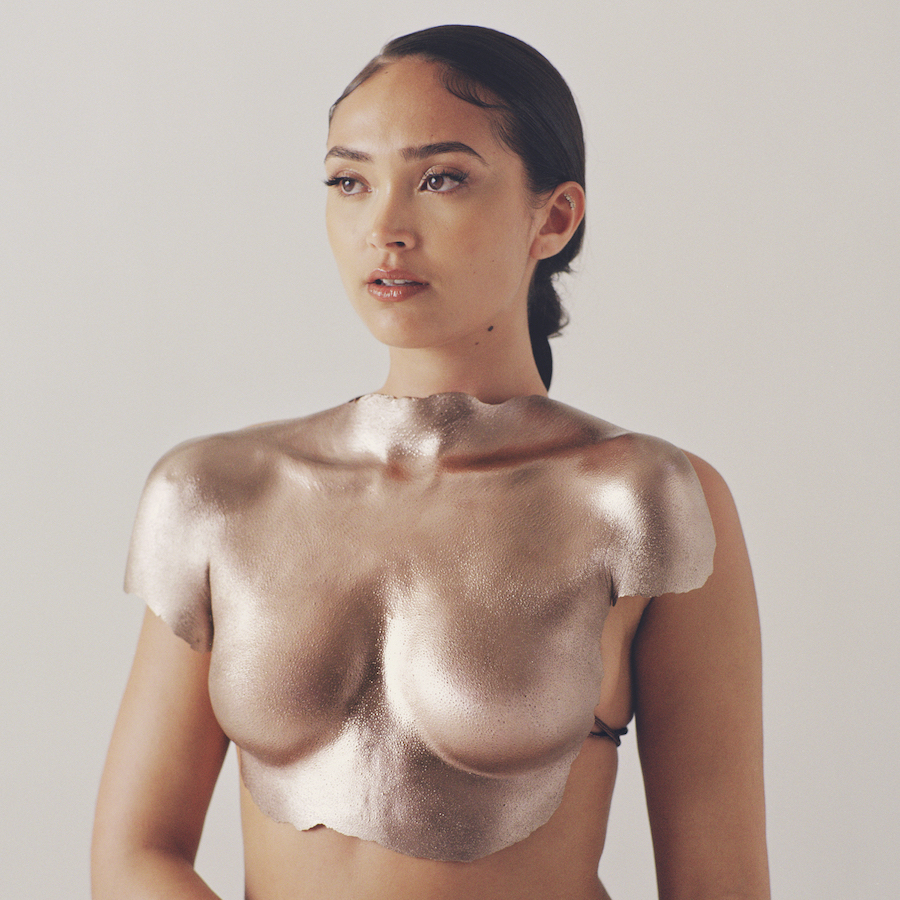 The record delves into themes of identity, generational trauma and mental health via pop hooks. Crookes’ silky tone and the cultural imagery within her lyrics fuses her Bengali, Bangladeshi and British heritage. And, listening to already released tracks ‘Feet Don’t Fail Me Now’ and ‘When You Were Mine’, what becomes clear is the evolution of Crookes’ musicality. On Skin, the immersive songwriter demonstrates her intellectual lyricism and just how far her sound has developed since 2016.

Ahead of the release of Skin, Joy Crookes sat down with Huck to discuss how she knew 2021 was the right time to release her debut record, combatting the erasure of Black and brown women’s voices and why she never wants to stop learning.

What made now the perfect time to release your first full-length project?

We’re ready, and this is the proudest I am of my work to date, so it only felt like the right thing to do.

You’ve said in other interviews that, on this record, you really wanted to discuss the idea of identity and the complexities of it. Why do you think the exploration of identity is so important to you?

I think that identity has always been important to me because, no pun intended, it makes me feel more comfortable in my skin. It gives me an understanding of who I am and how I am completely capable of deciding that. It also makes me walk with more purpose.

On the topic of identity, I wanted to ask you about the name Skin. Skin plays a huge role in our identities in so many positive ways because it resembles our heritage and family. But, sadly, it also continues to divide so many people. What meaning does that title have for you?

I am interested in how, biologically, skin is one of the largest and strongest organs we have, but socially and externally, it is something constantly used against us in many different ways. Skin ultimately means identity for me, and the juxtaposition between the biological and social meaning of the word is a theme I grapple with throughout the lyrics and sonics on my album.

Speaking of your identity, as a South Asian woman with a music platform, your voice naturally becomes important because, often in the music industry, the voices of women and non-white artists are so wrongly overlooked. Do you ever feel that pressure or responsibility, and how do you navigate that?

I think, over history, this has unfortunately been proven. So many Black and brown women’s voices have been erased and forgotten in the past. So, naturally, I think I do have a sense of urgency to want to be heard. Ultimately, I think this is a knee jerk reaction to feeling sometimes disposable through society’s lens.

‘Feet Don’t Fail Me Now’ was the first single from the record, and it’s probably the most forthright track on the album in terms of those themes. Is that why it was chosen as the first release?

The song sounds like an ‘opener’. It is a political song, and it felt like the right statement of intent to start my album campaign. It’s unapologetic. 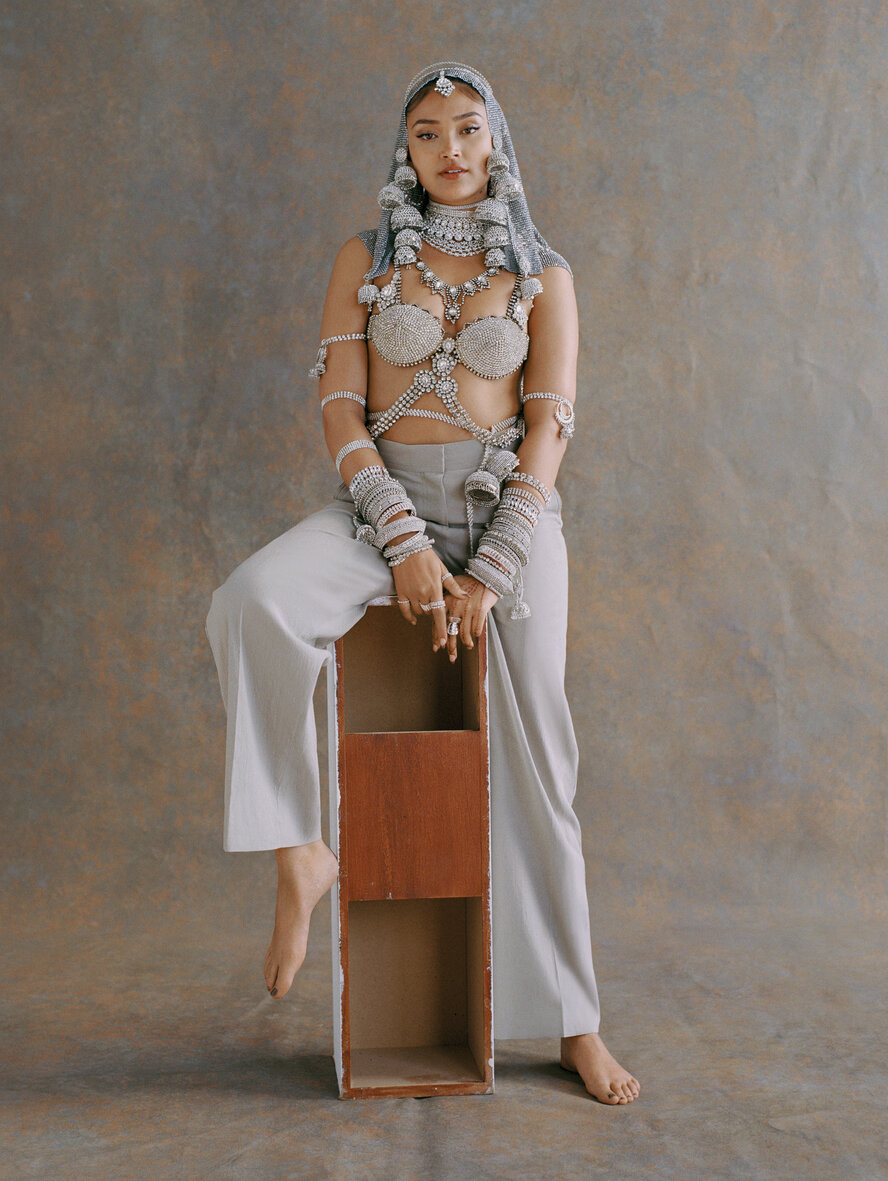 What made you first turn to music?

I’ve always gripped on to music, melodies and lyrics because it always felt like a language I could understand without borders. I can listen to qawwali music, have no idea what they’re saying, and feel so deeply moved. I can listen to Bob Dylan and be amazed at how he wrote a certain chorus. I think, from loving music and artists, I became a student and studied my own lyrics and sound. I still study my favourite artists to this day and hope I always will. They make my work grow and progress; it constantly challenges me.

Sonically speaking, you have this very rich and soothing signature sound. And, over the last few years, it seems to have leapt so far forward in terms of production and arrangement. What do you think have been the experiences, situations or things that have happened to enable that musical growth since you first started releasing music?

I’ve just grown up. I’ve learnt how to say ‘no’ more – meaning I have less doubt in my music and how I make it. I’ve also learnt so much musically; I taught myself how to produce and navigate studios. I’ve just continued studying and mastering my craft. 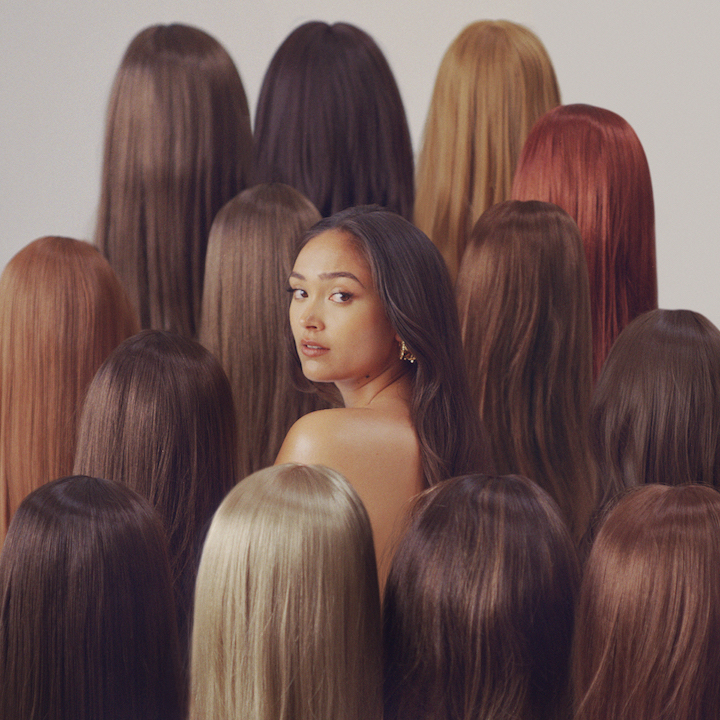 In terms of its sound and themes, this album flows so wonderfully; it all just seems to fit together. Were these songs purposefully written for the record so that they flowed in that way, or were they pre-written songs that just fit the album narrative you were going for?

The songs were written over a period of time, not necessarily leading to an album, but a body of work for sure. I generally just write for the sake of writing.

I know you’ve been doing a lot of secret shows recently, but you’re also heading on a UK tour in November. How do you feel about finally being able to do that and connect with the people who listen to your music again after so much uncertainty in the industry?

I am so unbelievably excited for my shows because I have missed that intimate connection between myself, my band and my audience for such a long time. I can’t wait to reconnect with people and get back into the flow of performing live.

Linkedin
RELATED ARTICLES
OTHER ARTICLES
Jeffrey Henson Scales intimate portraits and protest images of the BPP and its leaders offer a rare insight into organisation at a time of societal upheaval.
From snake handlers to mardi-gras revellers, Tom “TBow” Bowden’s photos provide a snapshot of the wonderful and weird people who make up America.
After blocking the Scottish government’s gender recognition reform bill, Westminster is now devising further changes to the law to make it harder for trans people to self-identify.
After a two-year hiatus and a new album, the Nigerian artist is riding high. Now, he wants to bring his alternative, genre-bending sound to the world.
Activists and campaigners are fighting back against new laws that would seriously undermine the ability to take industrial action, calling it an attack on fundamental workers' rights.
Yohon Tatum, aka Legendary Father of the House of Tisci, reflects on nurturing a new generation of talent.