Art & Culture / Music / Julien Baker on faith, fear and the pursuit of happiness 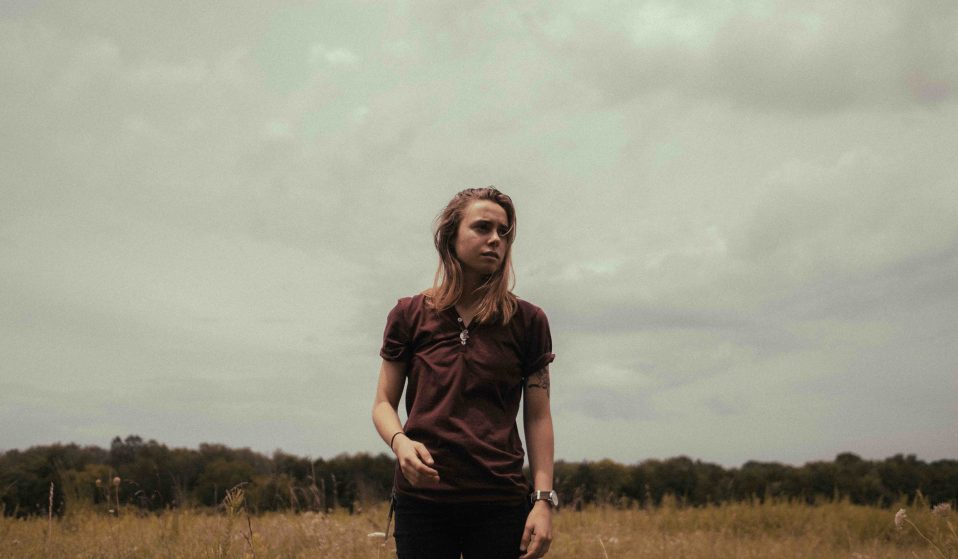 Ahead of her show at London’s O2 Shepherds Bush Empire, we speak to the Memphis singer-songwriter about finding your way out of the dark places.

Ahead of her show at London’s O2 Shepherds Bush Empire, we speak to the Memphis singer-songwriter about finding your way out of the dark places.

Growing up in Memphis, Tennessee, she began writing songs as a form of self-healing – a way to map out and cope with teenage hardships. But, following a string of local shows, she soon began to make her name for herself in and around her local scene. By the time she was 20 years old, she’d released a debut album: 2015’s Sprained Ankle.

Two years later, she was already onto record number two. Sophomore effort Turn Out the Lights dropped in October 2017, peaking at #9 in the Billboard Alternative Albums chart. Since then, she’s travelled the world, garnering a legion of devoted fans with her ethereal tales of relatable struggle. Suffice to say, in a short space of time, she’s come an awful long way.

“After Sprained Ankle, I had the opportunity to go around the world,” Baker (22 now) says. “I think it would have shown a lack of growth if I didn’t expand my perspective a little bit.”

Her music – a gentle, confessional take on modern folk – is candid in the way it tackles emotive subjects. In real life, Julien (who identifies as queer and Christian) is much the same. She has discussed her battles with mental health in both songs and interviews – most recently, she penned a piece for the Oxford American, documenting an encounter in which a stranger helped her realise her approach to faith and discussing her sexuality is changing.

“In-between tours I had a very specific church family, where a lot of LGBT people went because it was one of the only affirming churches in my area. It’s been a challenge for me,” she says.

“It’s less the relationship between individual freedom and a humanised God I’m concerned about, and more me recognising the divine when it happens – like when people are tied to each other for no reason.”

These subtleties and nuances are what drive Baker as a songwriter. Her brand of storytelling uses the mundanity of the everyday to highlight how passing moments can often contain stark visions of pessimism.

“When I’m pitched through the windshield I hope the last thing that I felt before the pavement was my body float,” she sings on ‘Hurt Less’, a song about how she started to wear a seatbelt after she found purpose in her friendships. However, when it comes to her music, she realises there’s a larger responsibility at play.

“‘Hurt Less’ is a song about destructive behaviours that I used to perpetuate, but I knew as an artist I had the responsibility to think beyond myself. It is healthy to validate sadness, it is unhealthy to suppress it – but to wallow in it is just as bad.” 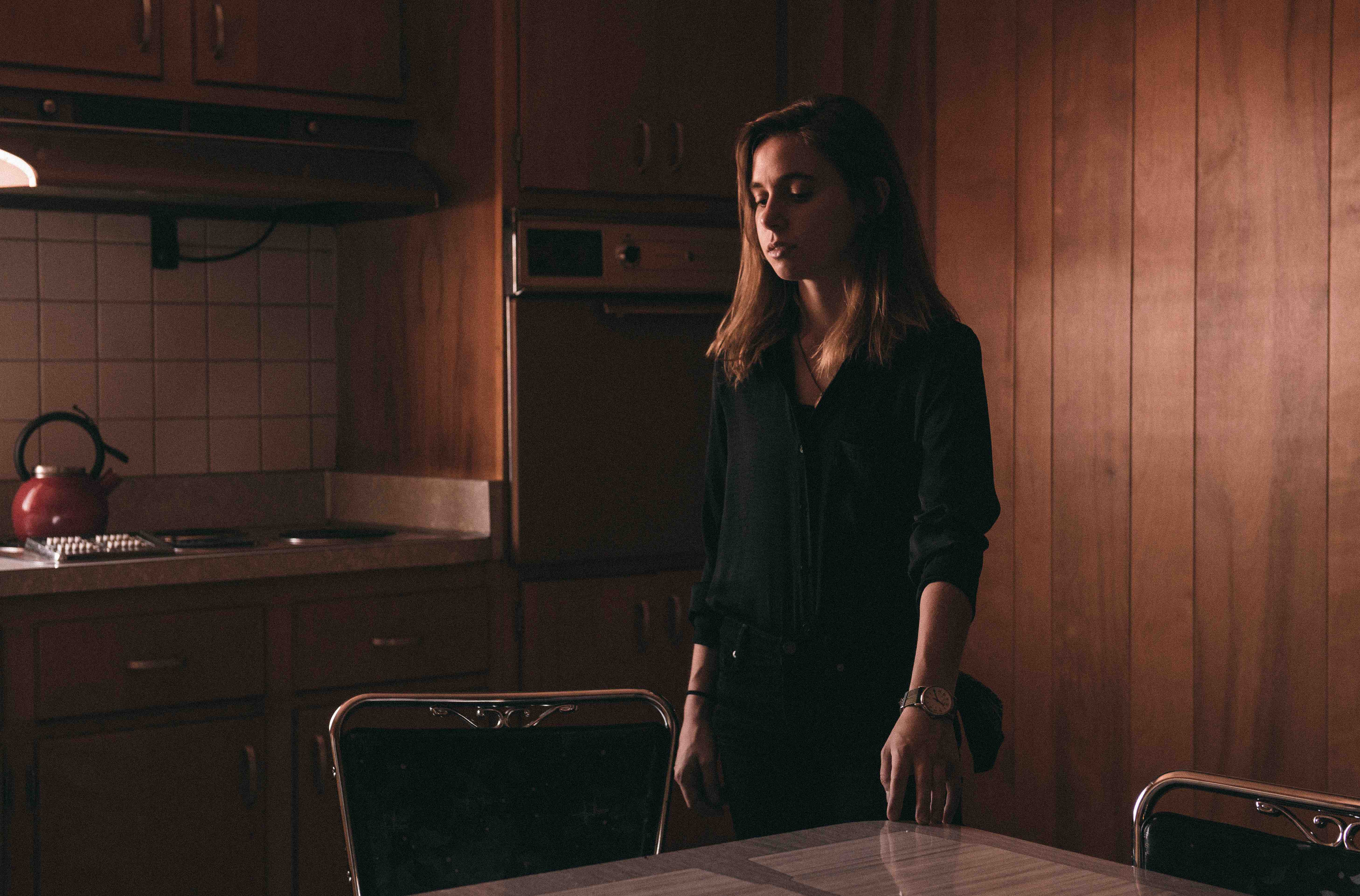 While Julien uses music to validate her own emotions, she does so from a place of wider understanding – one that comes from speaking to fans who’ve gone through similar experiences. “They’re either fighting something to do with their faith, or maybe their sexuality, and that’s really encouraging to me as an artist. But, I also have to be cautious…” she says, before stopping herself.

When first starting out, Julien felt it was paramount to remain vocal about her beliefs. It wasn’t until she spoke to friends from within the LGBT community that she realised one person cannot represent, or speak for, an entire ideology. “… It’s a touchy subject for someone to revisit,” she explains.

Julien’s primary focus is always self-improvement. She’s careful with her words, but has no issue when it comes backtracking, often questioning her own thoughts in order to better understand them. “It can definitely become a burden if you are not very intentional and self-aware.”

So, when it comes to fans sharing their stories, she’s more than happy to listen and engage. But she’s aware that, as a human being, she can only give so much. “One thing that has helped me avoid that is knowing my boundaries and knowing what I can and cannot give. It’s practical and maybe even detached but it’s just knowing human beings have a finite capability of engaging and amount of emotional resources before they have to recharge.”

But, on top of everything, Julien is happy. It changes day-to-day, she says, but many of her encounters at her shows are stories of success and coming out of the dark place, rather than allowing oneself to be trapped in it. And that’s what drives her.

“It gives me a lot of liberty, the fact that a song or experience can be redefined to have a positive value, and that the listener can derive comfort from it knowing that it was originally just a way for me to process pain,” she concludes.

“If they hear how tough it was for me in my songs and then see how happy I am in person, then it has to be a testament to resilience against pain.”

Linkedin
RELATED ARTICLES
OTHER ARTICLES
For over a decade, gamblers have won big by employing people to place live bets from the court. But does this dubious method still work?
In his 2008 series, the photographer pictured himself as Angela Davis, Martin Luther King Jr., Malcolm X, and other prominent figures.
Ahead of the release of their first collaborative album, the producer and rapper talk psychedelics and the state of UK hip hop.
Photographer David Corio’s archive offers a glimpse inside a revolutionary era of music and nightlife.
As the Scottish government announces a rent freeze, an activist with Living Rent who fought and won shares how they did it, and what must come next.
Thousands attended the annual event this year to wheelie through the city and call for ‘knives down, bikes up’.