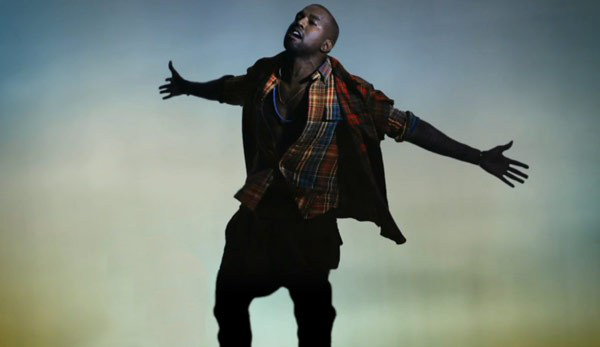 The most talked-about-man in music appeared at one of the most prestigious universities in the world and had some interesting stuff to say.

The most talked-about-man in music appeared at one of the most prestigious universities in the world and had some interesting stuff to say.

Kanye West gave a surprise lecture at the Oxford Natural History Museum today March 2, put on by the Oxford Guild (Oxford University’s Careers Society). Tickets were scarce (about 350) and demand was high (about 5,000) despite the lecture only being announced 15 hours earlier. But that’s what happens when the most talked-about man in pop culture decides to speak basically anywhere. He can hardly say anything without making a headline.

While Kanye’s lecture covered a wide-range of topics (Drake, Picasso, toys), his lecture was mostly inspiring and about making the world a better place. Here’s what we learned from his lecture.

A poorly placed table ruins everything

The first thing Kanye did upon taking the stage was to get the long black table removed from the centre. It wasn’t working with the “aesthetic.” Kanye spent the rest of the lecture roaming the stage without a mic. He seemed in genuinely good spirits and went on a stream-of-consciousness lecture inspired by a question from the audience, mostly focusing on aesthetic but frequently shifting topics whenever he felt necessary.

Nicki kicked his ass on his own song

When Kanye was talking about the importance of collaborating, he frequently brought up My Beautiful Dark Twisted Fantasy and how the breakout star was Nicki Minaj for her verse on ‘Monster.’ He said if he had let his ego get in the way, it never would have happened. “If I, Kanye West, can remove my own ego, there is hope for everyone,” he said.

He brought his daughter up in the talk a lot, especially in reference to how we are all one family. “People ask me how my daughter is doing,” he said. “She’s only doing good if your daughter’s doing good. We’re all one family.” He started talking about her toys and says he only likes her to play with “quality toys that have love put in them”.

Perhaps the most interesting part of the speech was Kanye recounting a conversation he had with designer Steve McQueen how The Matrix was like The Bible. He talked about the scene where Neo is being attacked from hundreds of agents and used them as a metaphors for being attacked by opinions. But, to continue the metaphor, he said having a Morpheus (here’s the God part) in your life can give you focus and you can see things in slow motion.

While discussing his middle class upbringing in the context of his wealth and status now, Kanye was critical of fashion for making such expensive clothing when, he believes, we should have the best minds working toward make better things for the non-wealthy. Kanye said shirts should never cost $5,000. Cars should cost $5,000. And then in a moment of self-awareness, he pointed out that his shirt cost $2,000. But it was okay because it was given to him by the designer. Maybe Kanye should give some of his new Adidas shoes out too (priced at $350).

Linkedin
RELATED ARTICLES
OTHER ARTICLES
Creative curveballs Spike Jonze and Kanye West have joined forces again to produce a sweet video for new Paul McCartney collab single Only One.
We caught up with novelist and activist Chimamanda Ngozi Adichie in London earlier this year as her seminal novel Half of a Yellow Sun sprang to life on the big screen.