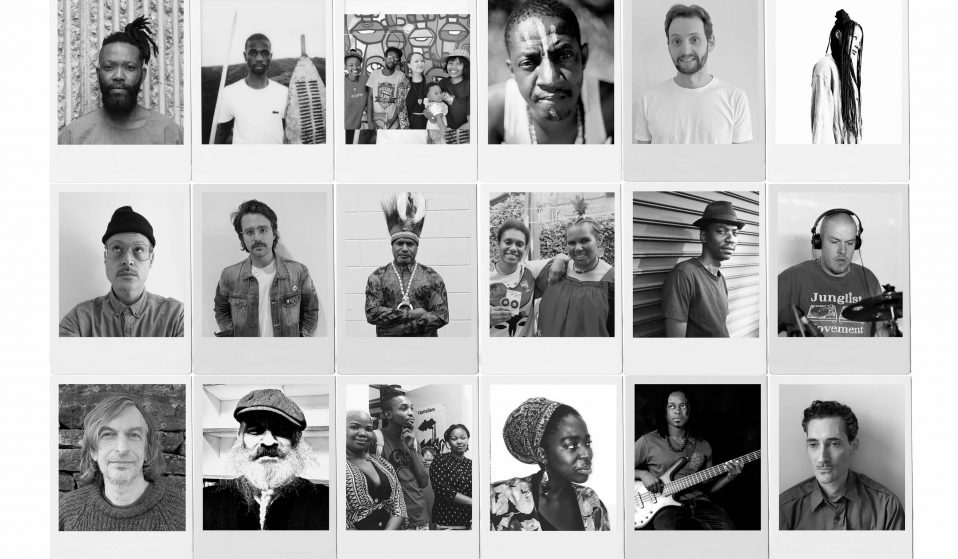 We talk to London DJ duo Coldcut about their new project, which features a cast of rising (and already established) musical talent from around the world.

We talk to London DJ duo Coldcut about their new project, which features a cast of rising (and already established) musical talent from around the world.

Legendary London DJ duo Coldcut have been making music together for an incredible 33 years now, which means Matt Black and Jonathan More must be fast approaching national treasure status. But don’t expect any valedictory laps of honour just yet from two men still working on, and presiding over, plenty of sonic vitality as label bosses of Ninja Tune. Artists on their roster include: Kelis, Kamasi Washington, Kate Tempest and Young Fathers, while Coldcut’s own classic 1997 album Let Us Play! is an exemplary showcase of the label’s eclecticism: an ebullient mashup of hip hop, breakbeats, sampling and psychedelic jazz.

Their output has been sporadic in recent times, but they have returned in 2020 with a project that is mind-boggling in scope. Keleketla! is a multifaceted musical collaboration with a cast of many from around the world, starting in Johannesburg and then reaching out to Los Angeles and London by way of Lagos. The record features, among others: the late, great Tony Allen on drums, afrobeat keyboardist Dele Sosimi, spoken word masters the Watt Prophets, Woking wind wizard Tenderlonious, and rising South African rapper Yugen Blakrok.

Collaborative records of this nature have been known to disappoint in the past, but with Keleketla!, Black and More have overseen a masterpiece of musical montage – a record that feels appropriate landing at a time where our future progress depends on interconnectivity and international cooperation. It’s a project with deep grooves and an even deeper sense of political purpose and solidarity, documenting the ongoing struggle in South Africa, and throwing in a call for the liberation of West Papua by the independence leader Benny Wenda (“Papua Merdeka”) along the way.

The story of the record starts in inner-city Johannesburg at the Keleketla! Library, a creative space that’s a bit of a misnomer. Set up in 2008 by Malose Malahlela and Rangoato “Ra” Hlasane, it was established as an institution with an after school programme for young people to learn, perform and grow, with resources to aid them in their studies. Outside establishments were also able to come in and help them achieve their objectives – hence the name “Keleketla”, meaning ‘respond’ (as in “call and respond”) in Sepedi, the founders’ mother tongue.

The Bibliotheque aspect has taken a backseat since 2014, when the organisation was forced to move premises, though knowledge remains at the foundation. It’s no longer a library in the conventional sense, but Keleketla! focuses on black history as oral tradition, a history that has often been forsaken in books.

“We understand that history is very much an imperial project in its official sense,” says Ra. “History is understood and articulated in a very specific way. At Keleketla! there is a specific focus on orality; an orality that concerns different forms of memory”.

For a time the Keleketla! Library was based at the Drill Hall in Johannesburg, a site where Nelson Mandela and 155 prominent freedom fighters were tried for treason in 1956. We may think we know the story of modern South Africa: Mandela’s incarceration and the long walk to freedom, and then everyone lives happily ever after once the ANC comes to power in 1994. But what of the other 155 freedom fighters? And what of the struggle that continues? The idea that one man overturned apartheid is preposterous to Malose and Ra. There’s no simplified Hollywood narrative with Mandela played by Morgan Freeman at Keleketla! Library.

“It’s a living library,” says Malose. “Now the library is more of an organic mechanism that deals with knowledge production, knowledge creation and skills of change.” The children reproduce this knowledge in the form of posters, books, vinyl, radio dramas and music, as well as by putting on events, festivals and residencies. 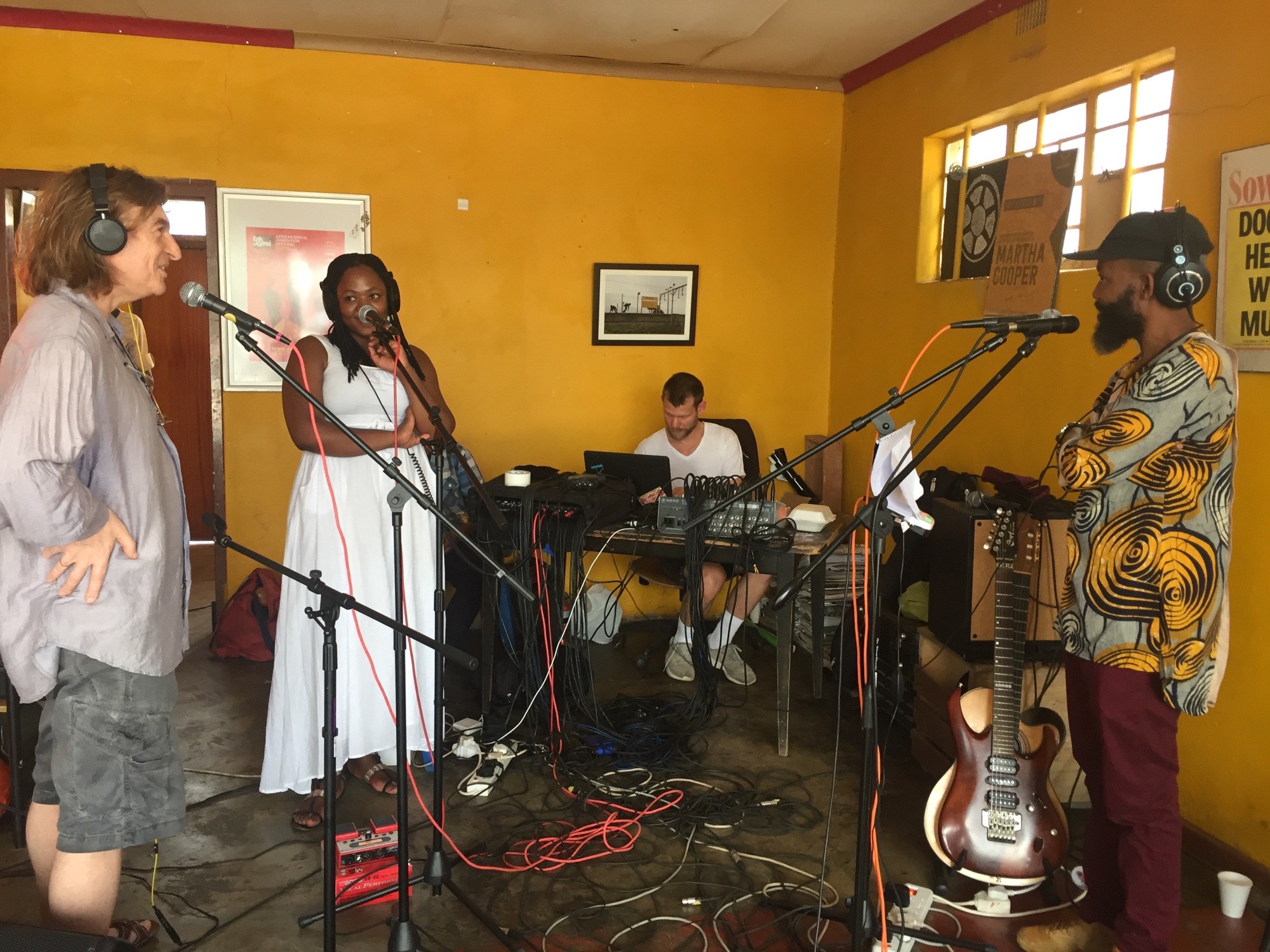 An invitation was extended to Coldcut, via the charity In Place of War, to come over to South Africa and jam. Malose says part of what drew them to the group – aside from the music – was a duality that mirrored their own partnership. Malahlela and Hlasane wanted to tap into Black and More’s “minds and their thinking – the wisdom and duality of fathers”.

“It was mooted that we would collaborate [on an album] when we first heard about the invitation,” says Jon More via Zoom. “I think Matt and I were a bit, ‘mmm, well, we’ve got plenty to do here’. There was a little bit of reticence but then we met and talked. Malose and Ra were keen on pushing their social and historical agenda.”

“They make no bones about what Keleketla! is about,” adds Matt Black, also present in the video conference. He was initially wary of doing a record that might appear worthy or “goodie goodie” in his own words, though Keleketla!’s commitment and also their specified desire to work with Coldcut convinced the pair it might be worth pursuing. “It wasn’t just, ‘we’re going to parachute into Africa and generously share our thing,’” says Matt, self-mockingly. “It meant we were actually responding to a call… an invitation.”

Keleketla! moved across town from the Drill Hall to a new four-floor building in 2014 after much frustration regarding overheads and an inability to obtain the lease. But in the new digs, creativity has thrived. The founders have managed to maintain autonomy, though the varied and experimental nature of their work makes the box-ticking nature of applying for grants problematic, and so they raise funds mostly through the hiring out of space and fundraising – which have both been hampered by the pandemic.

A number of local musicians turned up to collaborate with Coldcut. Some were recommended by Andrew Curnow from the label Mushroom Half Hour after some initial teething problems. “The artists we were sent originally were a little too electronic and Matt and I felt we wanted to work with musicians and not necessarily a load of other people playing with computers,” explains Jon More. Acoustic instruments coalesce with electronic sounds on the record, with the bare bones of the initial tracks bought over in a proverbial “rucksack or battered suitcase” by Black and More. These sketches acted as scaffolding which mostly fell away once the collaborators had their say.

All of the songs on the album have their own stories, though the creation of “Future Toyi Toyi” perhaps best embodies the Dadaist spirit of the endeavour. It started with an impromptu chant by the visiting anarchist collective, Soundz of the South, who were captured in the moment singing by Matt’s wife, Dinaz, holding up a recorder as they performed in the round. The toyi-toyi dance became prevalent during protest marches in Apartied-era South Africa, accompanied by powerful chanting.

“We’ll keep our ears open for any good sounds that are around in the world, and sometimes they might come from anywhere and you’ve got to be ready because that can be solid gold,” says Matt. Coldcut dropped the chant over a gqom beat when they DJed in Cape Town the following week, which the crowd responded to enthusiastically.

Having road-tested its viability with a live audience, it was then back to London to finish off the track, with Afrobeat pioneer Tony Allen providing one of his trademark rhythm tracks. Black and More talk fondly of drinking libations to the ancestors with Allen, who sadly passed away earlier this year. Everything about the record then is symbiotic, organic and completely respectful and consensual with the artists who participated, a far cry from the colonial plundering of yore.

“I don’t have a problem with the term black music,” says Matt. “In fact as part of Black Lives Matter, some music executives have asked for the term urban music to be dropped, as [it’s] a major label way of whitening up what actually has come from black culture, black people and black music. And I say this as a white man – I’m well aware of the debt my career owes to that.”

“Doing this project was hopefully a way of giving something back and working in a respectful and honest way with African musicians and making something that is a celebration and isn’t such a one-sided deal. It’s very important that that’s done correctly, and we’ve tried our best to do it correctly.”

Linkedin
RELATED ARTICLES
OTHER ARTICLES
Finland-born photographer Sirkka-Liisa Konttinen looks back on her decades-long documentation of life in Northern England.
LGBTQ+ students are keeping the spirit of the original Pride alive by fighting for liberation for everyone, not just their community.
A new edition of a seminal book brings together iconic images of the band onstage in their full glory and backstage in moments of unguarded camaraderie.
Photographer Arthur Grace recalls travelling through the Soviet Bloc and finding ways to evade the surveillance of his work.
Whether it's partygate, the climate crisis or the spiralling cost of living, the fightback begins on the picket lines writes Tommy Vickerstaff
In the wake of the decision by the supreme court to overturn Roe v Wade, thousands of protestors filled the streets to express their rage and anguish.