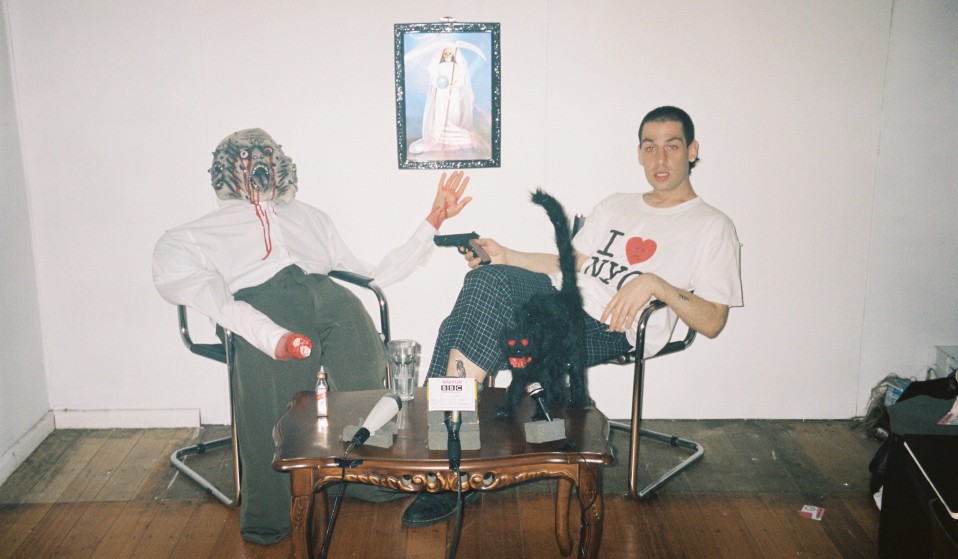 Blending music, art and film, Kirkis has been busy constructing his very own strange, synthy universe. We spoke to him about his haunting new record.

Blending music, art and film, Kirkis has been busy constructing his very own strange, synthy universe. We spoke to him about his haunting new record.

To listen to the music of Kirkis is to be transported to a strange, synthy netherworld, where every light’s a flickering one and people can only communicate via hushed, inaudible whispers. It’s a strawberry lollipop dipped in tar. Like watching a beautiful, black-and-white film where everyone – everyone – dies at the end. It’s haunting. It’s grand. It’s very, very good.

With debut album Vide, the Australian musician, filmmaker and artist has compiled a collection of gorgeous, muted epics that slowly creep up on the listener before leaping out and kissing them on the throat. Completed in Seven Sisters, London and influenced by the orchestral compositions of Angela Morley, the record is a rabbit hole, leading you through enigmatic stories of love, loss, fragility and death. His music videos only add to the mystique, too: in “Vivian”, he plays an “alien prom queen”, while the visual for “Finally” – based on the 1990 Strangeways Prison riot – sees him tumbling around a small room as a couple use force to try and stop him singing.

In conjunction with the release of Vide, we spoke with Kirkis about songwriting, constructing characters and what it is that frustrates him most about contemporary music. He also shot a series of photos to accompany the piece (aptly titled UN Press Conference), which you can view below. 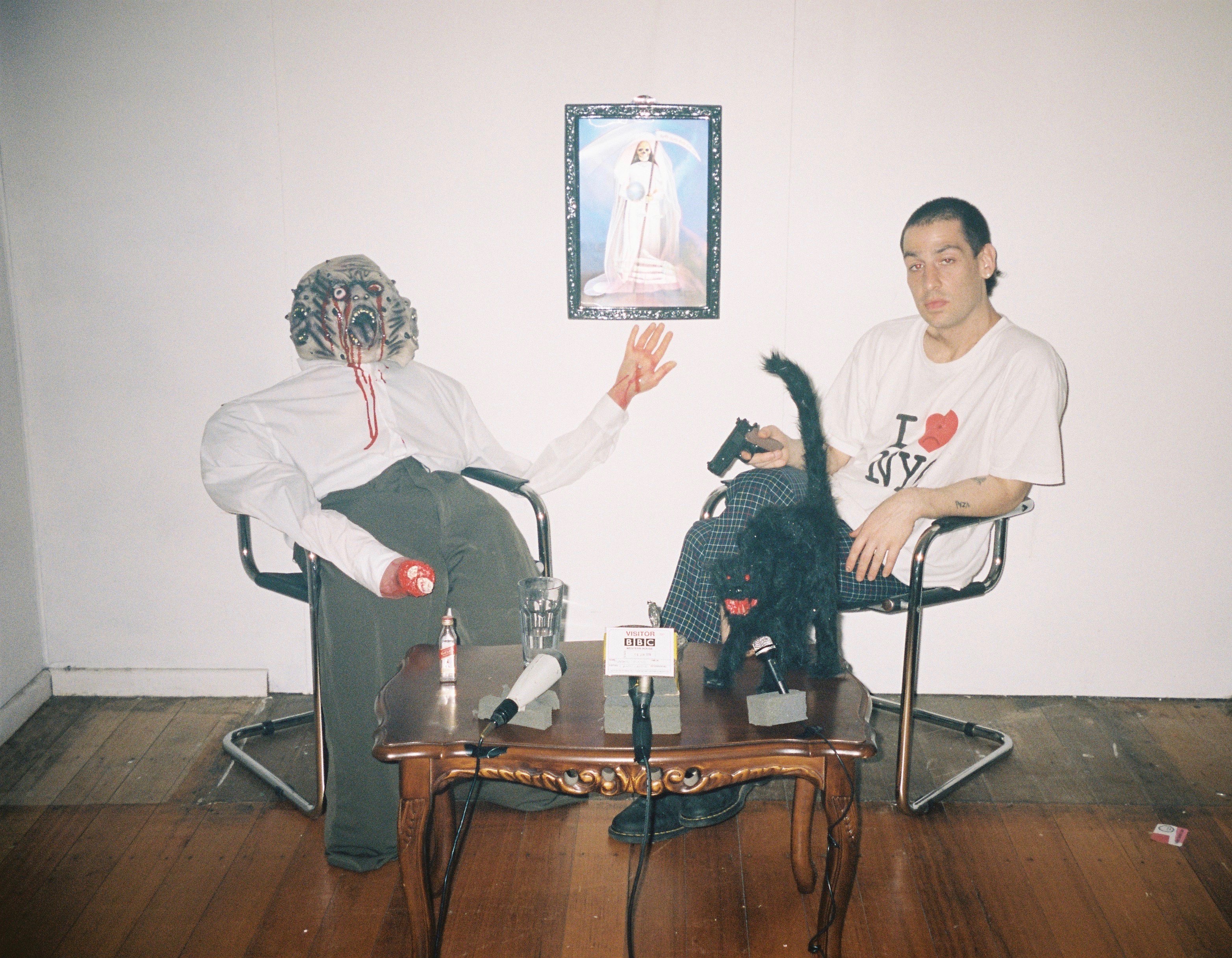 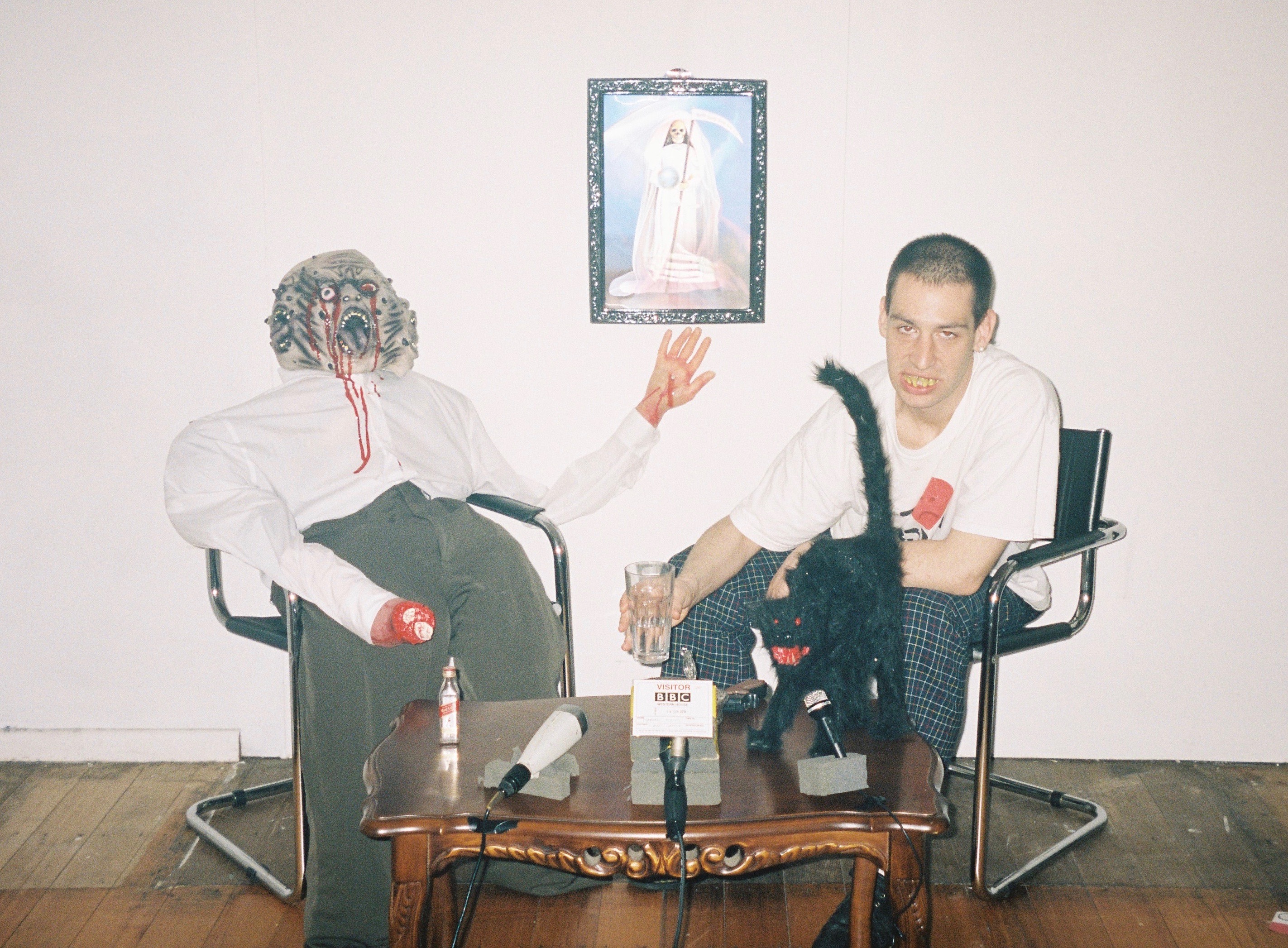 You said that you thought about writing this album every day for the entirety of 2016. How does it feel now, having dedicated so much of your own time and energy to its creation, being able to share it with the world?
Good!

It’s is an incredibly personal record. Are you always writing from experience?
I think subconsciously most writers are autobiographical. I can definitely agree that this record was a bit blood and guts. I can say it definitely felt honest – well, at least at the time – and a little bit like therapy. Strange, full mental therapy.

The video for “Vivian” sees you starring as an alien prom queen. Can you tell us about how that character was conceived?
I wanted to do a rendition of the movie The Man Who Fell To Earth with Bowie, I knew that much. My sash says ‘18 and legal’ – and the dress was made in China.

There’s often a juxtaposition between your music and the accompanying visuals; while the songs are beautiful, the videos border on nightmarish. Is that contrast something you’re interested in exploring?
It’s subjective. This album, each concept – no matter the medium – was looked through a framework that hoped to stand on its own within the history of the medium itself. So, I didn’t see much point in being literal in the broader sense of connecting lyrics to visuals, if that makes sense. Each of the four clips started with a theme: the dark human cell of family and crime, resurrection, alien prom queen and World War III right now.

The process often more than not changed me. That’s strange to say but for example, [with] the first clip “Finally”, I auditioned the two actors who starred in it, told them I was interested in exploring a psycho-musical drama piece, and that before filming I would lay out a loose framework and scene and they would improvise, and I would interject when wanted and continue improvising and filming.  It was intense, but I think in the improvising, that’s where it used me in the process – as in I was like a tool in time, directing and saying things you might not say in order to push the furthest it can go. Crack-themed theatre sports. Next question.

When you’re writing a song, is the idea for a video always in mind – or is this something that always comes much later?
For the film clips I made for this album, much later. But I have noticed since that it’s actually starting to do the opposite and that’s cool. I’ve got a lot to say

What frustrates you most about modern music?
Dare I say a severe lack of authenticity – and it breeds.

What’s next for Kirkis?
Preparing for the first show performing this album at the St Paul’s Cathedral with the Melbourne choir on November 17th, [then] more shows and writing another album. 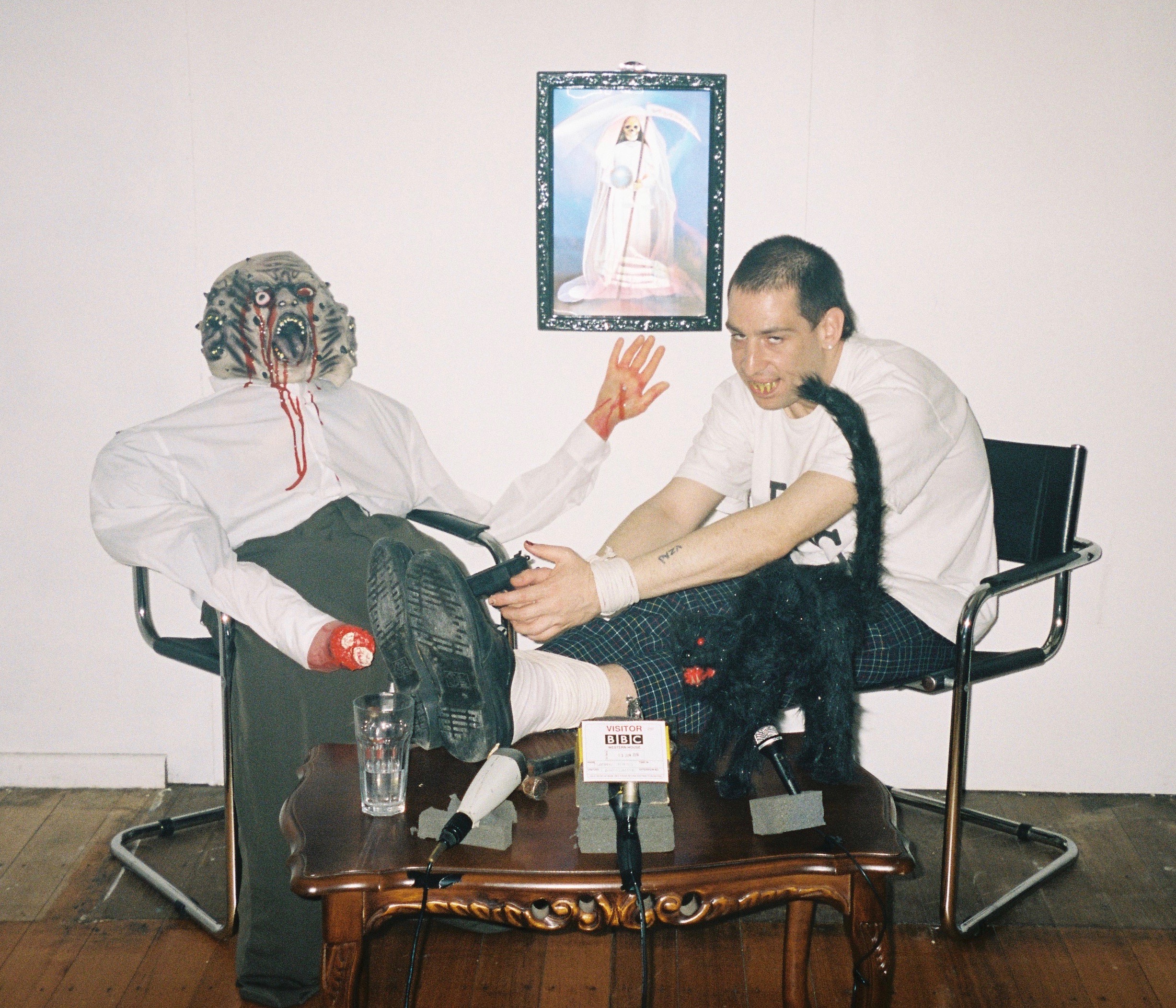 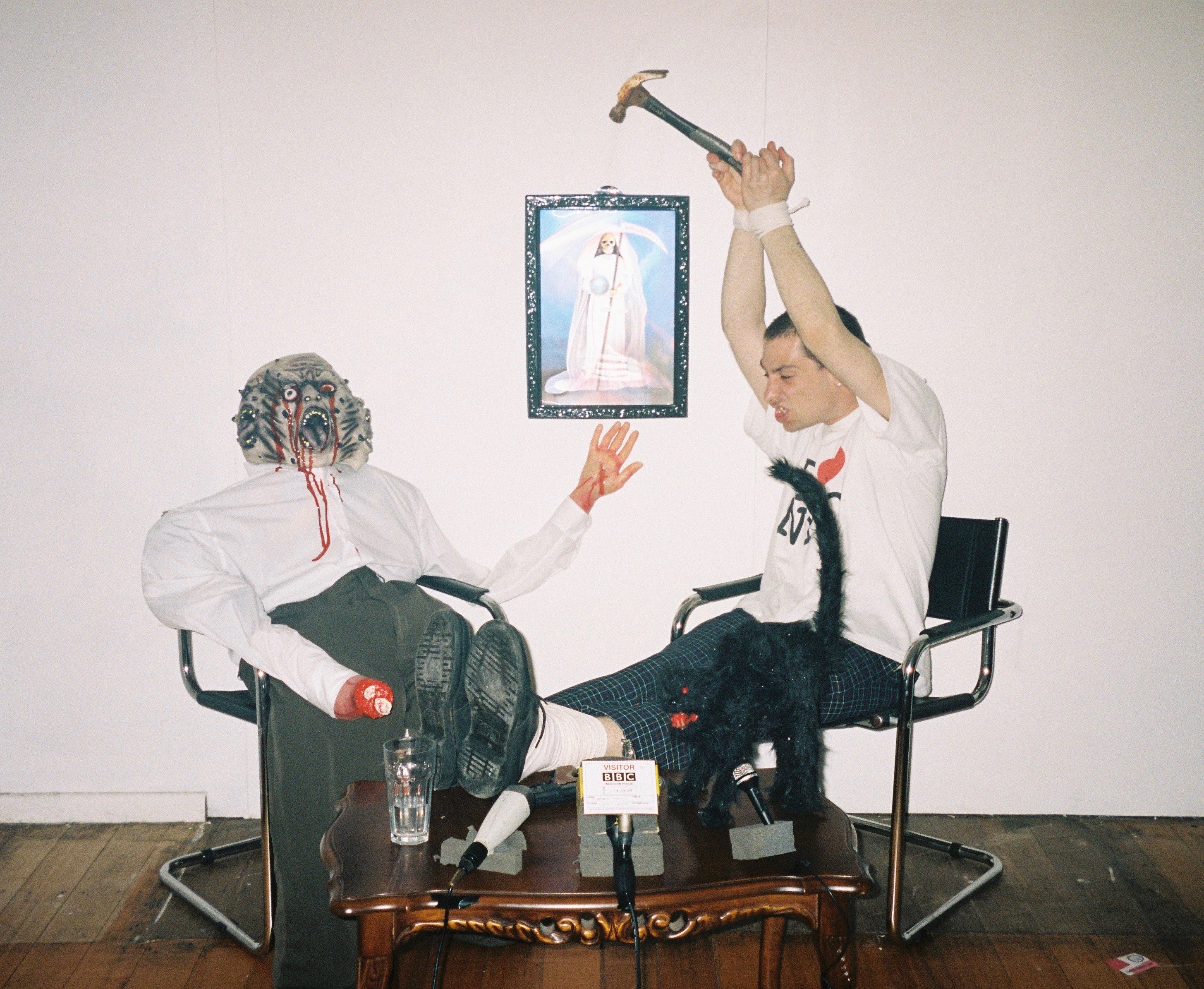 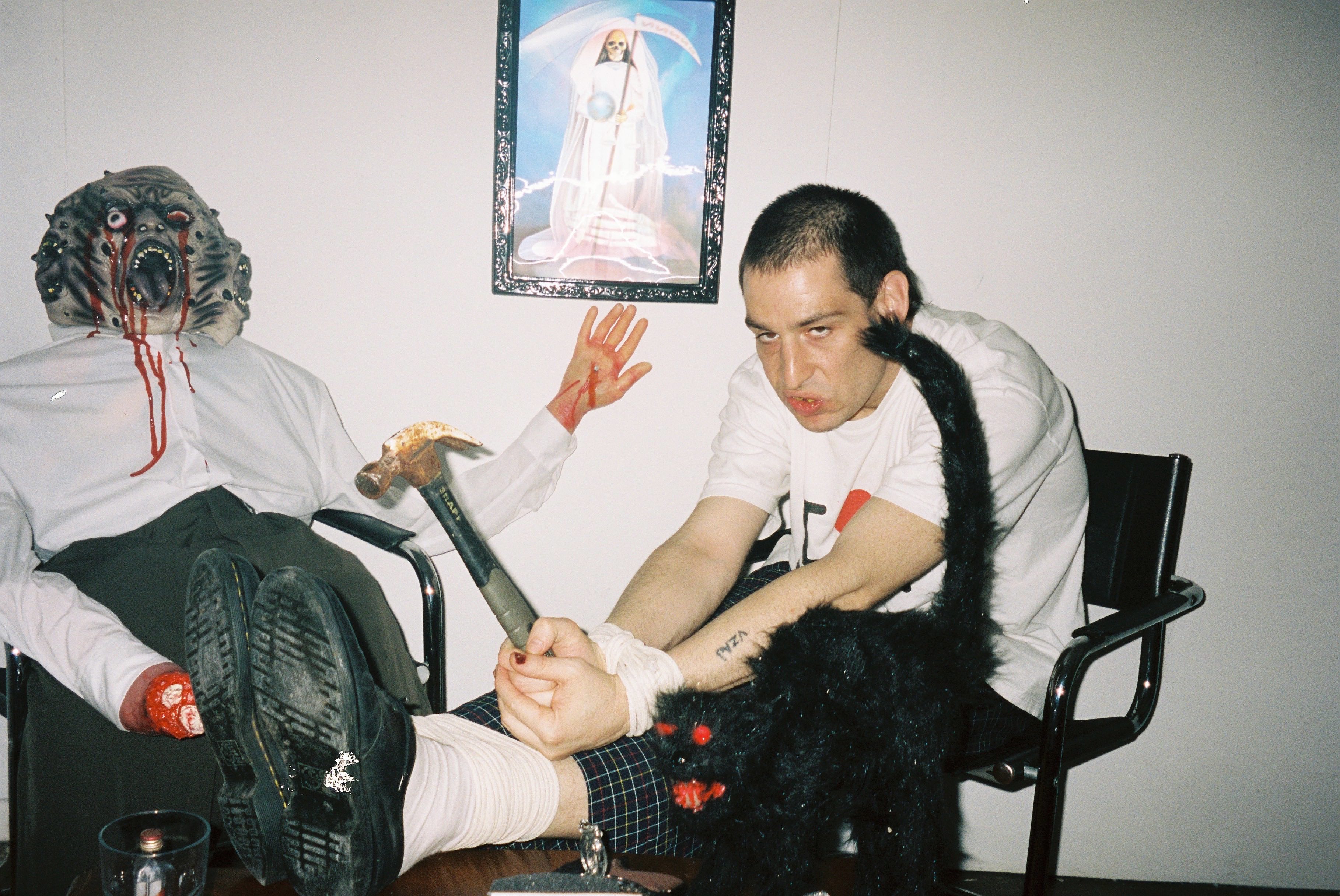 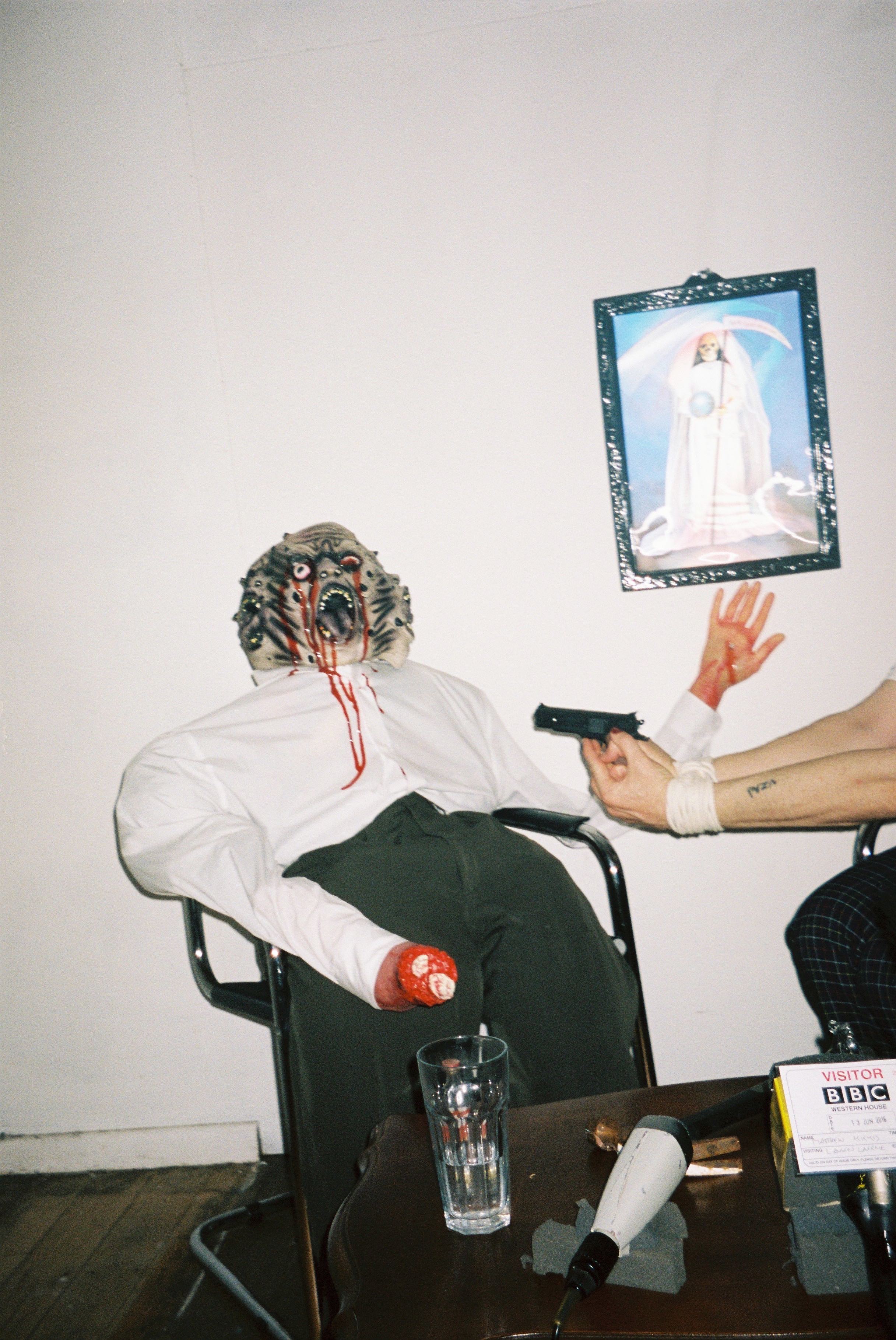 Linkedin
RELATED ARTICLES
OTHER ARTICLES
AI companies that develop image-generators using copyrighted artwork from the internet are coming under fire from artists who say that it amounts to theft.
Theo McInnes’s photos of the annual event provide an intriguing snapshot of contemporary Britain.
A new film from Berghaus traces the story of Adam Raja, who left behind a turbulent upbringing to discover the healing power of climbing.
A new exhibitions brings together the work of photographers who documented the deep unrest of these pivotal decades.
After building his reputation covering the US civil rights movement in the 1960s, the photographer went on to produce some of the most enduring images of the past century.
After blocking the Scottish government’s gender recognition reform bill, Westminster is now devising further changes to the law to make it harder for trans people to self-identify.