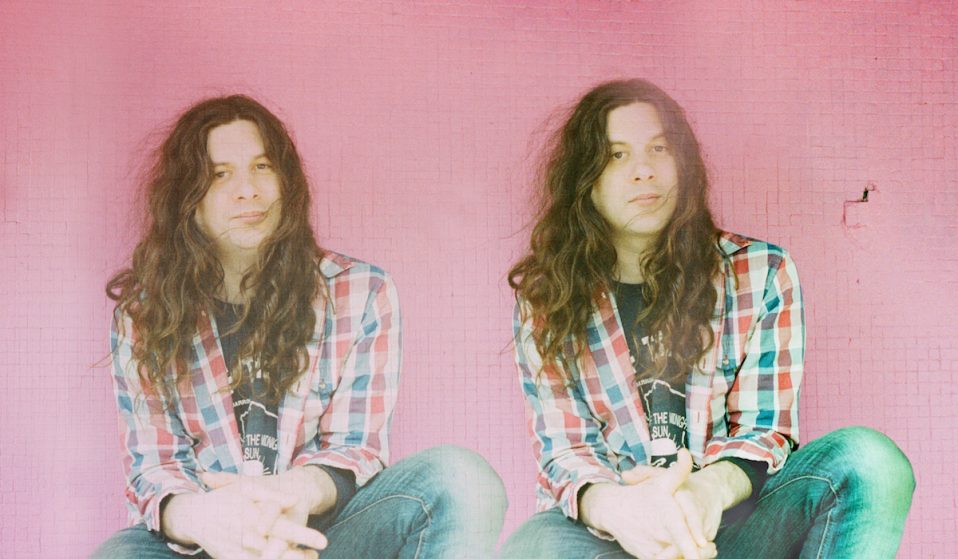 Ahead of the release of new album Bottle It In, we sit down with the Philadelphia native to talk anxiety, editing yourself and navigating notoriety.

Ahead of the release of new album Bottle It In, we sit down with the Philadelphia native to talk anxiety, editing yourself and why you shouldn’t be offended if he tells you he’s not Kurt Vile.

Sat in a quiet corner of a London bar, Kurt Vile’s eyes are focused on the glass of water in front of him.

It’s a stare that’s only broken when, occasionally, he makes himself laugh – a big, toothy chuckle, emerging from beneath two shaggy curtains of hair. He is, from his vintage t-shirt and denim jacket to his meandering drawl, absolutely everything you expect him to be.

Vile is indie’s last great superstar: a melancholic guitar hero in an age where such a thing seems increasingly elusive. His songs are regular radio hits, he’s been the answer to a question on the US game show Jeopardy!, and, in 2013 he watched on in horror as his native Philadelphia celebrated ‘Kurt Vile Day’ (a celebration he was relieved to learn wasn’t going to be annual). “My people are always pulling publicity stunts,” he jokes.

But the 38-year-old appears outwardly unfazed by his celebrity. He’s still living in Philly, still sporting the curly mane that has long been his trademark, quietly raising two young daughters with his wife, Suzanne. His music – from last year’s Lotta Sea Lice, a wry collaborative record with Courtney Barnett, to 2015 crossover hit B’lieve I’m Goin Down – is perpetually woozy and deceptively aimless, with a sound that swells, warms and envelopes as it goes.

His latest LP, Bottle It In, was recorded while touring and road-tripping around the USA with family and friends. It saw Vile collaborating with the likes of Kim Gordon, Cass McCombs and Stella Mozgawa of Warpaint during various elongated pit stops. The album’s initial teases, comprising of mock political campaign posters reading “Vile ‘18”, hinted at a glossier, more commercial work. But, the end result is, in many respects, his most intimate album yet. Still deadpan in its lyrics and folky in its sound, but awash in neuroses and existential fear.

Has staying true to your routes become harder since becoming successful?
I wanted to make this record as good as possible, as epic as possible – I took an extra year to put it out. I’m really glad I got to do that record with Courtney, because I might feel a little crazier now if I didn’t have some sort of release in between. If it was just the last record and then this one, and there was silence in between, I might feel a little weirder right now.

But that’s kind of what this record is about – I’m always in and out of the studio and writing, and weaving in and out of life. Not just being like, ‘Plan to make a record from start to finish, book two months in a studio and do a record.’ I can’t work that way.

Is that free movement replicated in your lyrics, too? So many of your lyrics, especially on this record, read like streams of consciousness.
Sort of, in a way. But ultimately you do figure out a theme as you go. I’ve got a whole CD of things that didn’t make this record and other projects. In some ways it’s stream of consciousness, but in other ways there’s usually this one underlying sentiment in each song. There’s always one sentence in the song, and then everything else kind of floating around it.

How hard is it to decide when a song is finished?
Certain songs are more like an actual song, in that they have a beginning, a middle and an end. But other ones, like the longer ones, they could be endless. And I find that you just keep playing over the top of it if it feels good. But if there’s ever a moment where you stop bobbing your head, you know you’ve got to cut it [laughs].

Do you find people seek autobiography in your music?
I guess so, yeah. Ultimately they’re all sort of autobiographical, in their own way. They’re all about me a little bit. One song on this record, ‘Rollin with the Flow’, is a cover, and people keep asking me about it. That’s a Charlie Rich cover, and people keep saying like, “You definitely have a hit”, and I’m just like, ‘Thank you, you’re probably right… but I didn’t write it!” [laughs]. 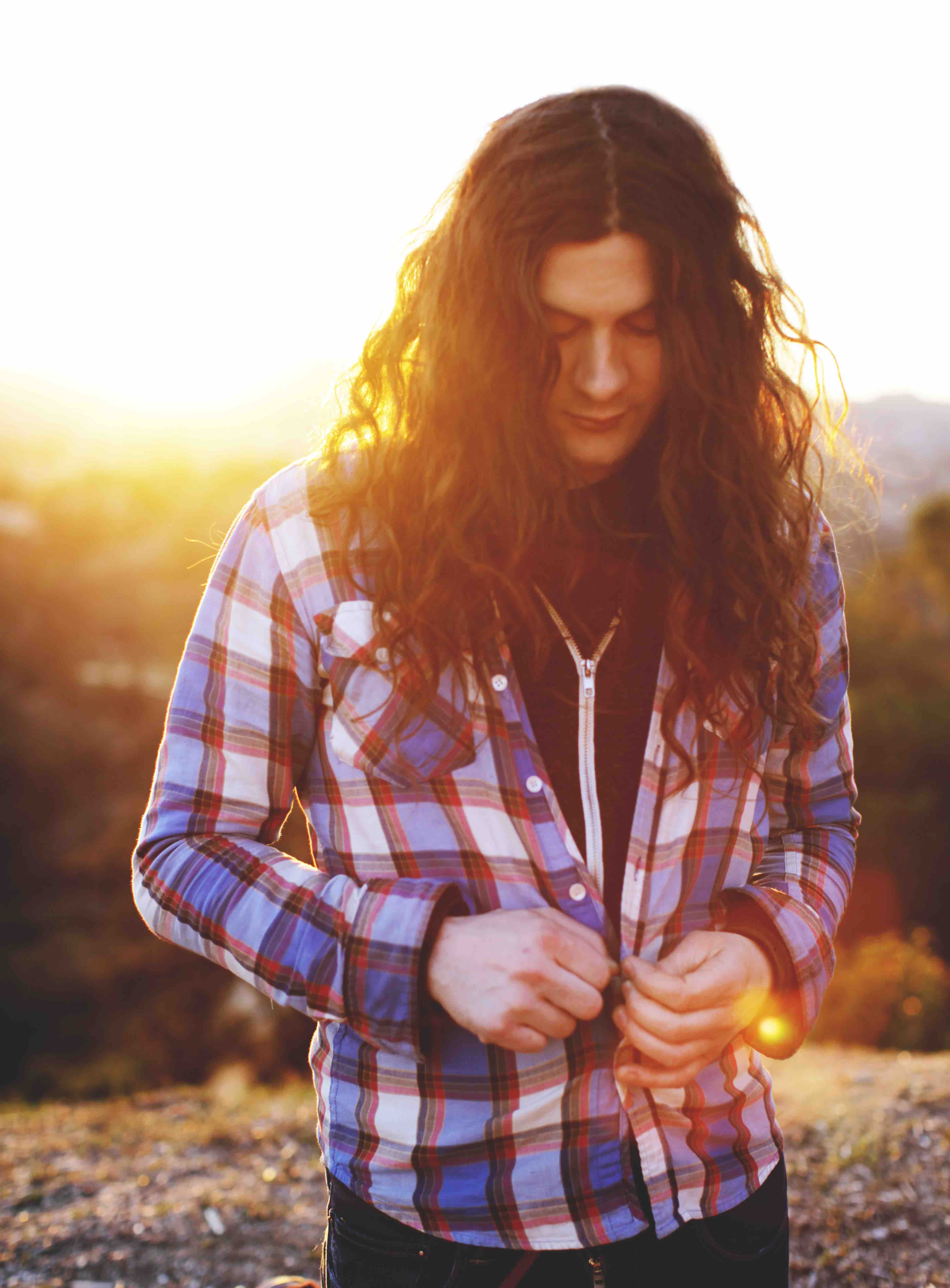 Was there an entry point song for this album in terms of theme?
‘Bottle It In’, the title track, is definitely it. That was a moment captured, and it’s kind of the centrepiece that it’s all working around.

I was curious about ‘Bottle It In’ because it feels so anxious. It still has that deadpan humour, but it also feels driven by anxieties and fears in a way that felt pointed.
Well yeah, there’s plenty of fear. There’s a boiling point of fear – there’s like real fear in America, people here are scared. I think there [are] all kinds of fears, both personal and worldly. There are all kind of things to be scared of, but there are also all kinds of things to be cherished.

But isn’t that always what life is? Now, it’s more like hypersensitivity. Everybody’s hypersensitive because of all these devices [smartphones], people see horrible things. [Phone notifications] are almost like shocks. A shock to the psyche – multiple times a day, at least.

There’s a line on ‘Mutinies’ where you talk about the “small computer in my hand exploding”…
Yeah, totally. I’m trying more and more to get away from it. I have a landline, but I have this phone here. And you’re always looking at it.

Courtney Barnett has spoken about admiring artists from afar, but says she rarely approaches them with collaborative ideas. You seem to be the total opposite…
That’s why we work so well together [laughs]. Because before, I wanted to be friends with her – I thought she was cool, and I was a little awestruck. She’s very reachable and relatable. I was drawn to her, and especially songs like ‘Depreston’ were so good. And then this whole other thing happened where we became real friends.

Do you find that you’re often magnetised to other artists?
Oh, but so is she! She’s drawn to all kinds of people. But yeah, I’m definitely a starstruck kind of person. And ambitious. I want to meet all kinds of great musicians and work with them. All kinds of artists, actors, whatever.

That brings me to Kim Gordon. You’ve known her for many years now, but this was the first time you’d both collaborated on an actual track before.
We did play together on stage and have one rehearsal a couple of years ago – we did a cover of ‘Sister Ray’, which was cool. But yeah, this was the first time she came into the studio. She slayed some sweet feedback on the end of ‘Mutinies’, basically.

Are you comfortable with big levels of attention?
I’m grateful for it. Depending where I am, there’s a certain… like, if I go to a show, I can be awkward. But I find it more awkward if I’m out partying and drinking or something. I act a little weirder with my fans in Philly if they come up to me. But also, part of it is that we live in a time where everybody wants a photo – it didn’t used to be quite like that, but it’s become expected.

Honestly, if I’m with friends, I can feel a little more embarrassed because fans just come up to me and say, “Hey, are you Kurt Vile?” and put me on the spot. But it’s a reflex to kind of tease them, in my own way. I’ll say, “No, that’s my son.” Or like, “Are you Kurt Vile?”… “Nope.” And like, I blatantly am.

But it’s all in love. I’m not trying to be a dick, but I feel like I could be a little more graceful if I was sober [laughs]. I’m working at that. Because you can’t turn your fans away, but I can also be a little nervous and awkward. I’m the same way to people I’m fans of though – Neil Young or someone, I wish I could be more normal around him. Maybe one day I will, but in the meantime I’m just… [makes mock-scream face]. 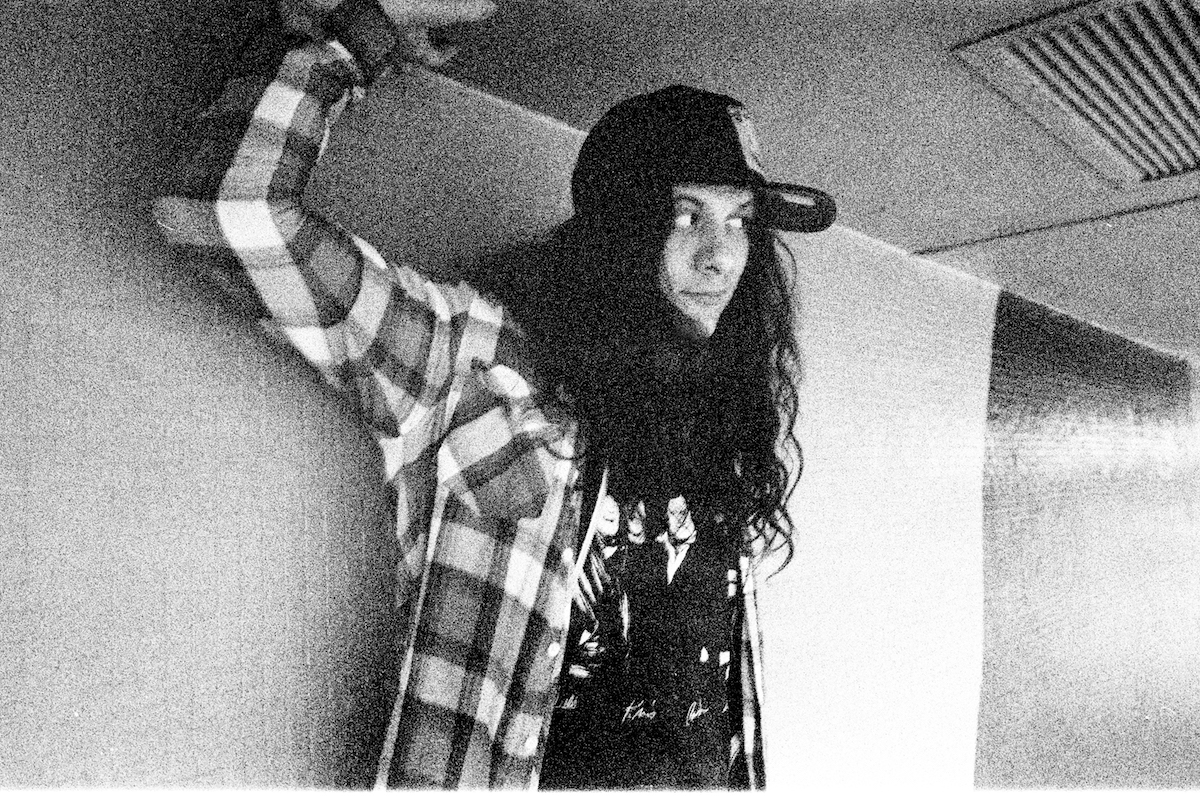 Are you able to stop working, or is it something that you’re always compelled to do?
I don’t have to work, but there’s always instruments around if I feel like it. I don’t even really need them around, I just like to stay on top. Actually, I could get a little rusty on guitar in the past, but lately I’ve been playing every day.

I’ve discovered, even if I just play a few songs to my kids every night, I can keep my chops. Because they like a song a night anyway, we just like to sing it to them. But now I’m like, ‘Fuck this’ – I’ll just play on my guitar for them without thinking.

Are they always your own songs?
They don’t have to be.

Have you played your album to your kids?
They’ve heard it.

Bottle It In is available from October 12 on Matador Records.

Linkedin
RELATED ARTICLES
OTHER ARTICLES
A group of young Palestinians have found temporary freedom in the act of parkour, reimagining wreckage and ruins as a series of high-octane playgrounds.
Financial turmoil is pushing people who work in the sex industry into more dangerous and desperate situations as a means of survival.
Following the announcement of an 80% hike in the energy price cap from 1st October, crowds gathered outside the offices of energy regulator Ofgem to protest and declare their intention to undertake a payment strike.
Rogue landlords are exploiting young and inexperienced renters and leaving them in mental and financial turmoil, reports Niall Hignett.
Birdy Chu reflects on documenting the historic moment in which the territory was formally passed back from the UK to China.
Sean Maung’s photos are a love letter to the Black and brown communities that make up New York.