Art & Culture / Music / Kurt Vile is not a stoned loner 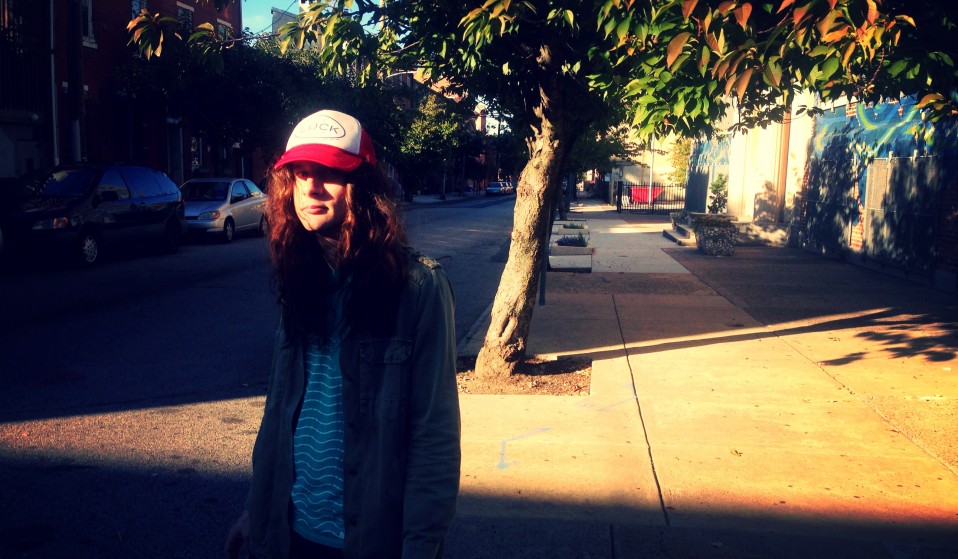 Philly musician Kurt Vile has an intuitive approach to his shoegazey sounds.

Philly musician Kurt Vile has an intuitive approach to his shoegazey sounds.

There’s an image that Kurt Vile’s been quietly chipping away at, a preconception his twisted strand of rock seems to elicit: that he’s a stoned loner, a mumbling slacker, a melancholic drifter.

Though the thirty-three-year-old admits to some mythologising along the way – the formative period spent as a truck-lift driver in Boston, honing his guitar-playing while adrift from the life he left behind in Philadelphia – the bigger picture makes for a less seductive narrative. He’s just a cheerful guy with a young family, steering a prolific output with obsessive focus. And no, he doesn’t do drugs.

At fourteen, Vile was making his first home recordings. At seventeen, he began self-releasing cassettes and CD-Rs. At twenty-five, he launched roots-rock outfit The War On Drugs with singer/guitarist Adam Granduciel. At twenty-eight, record labels began seeking out the wealth of material Vile had accumulated. In 2009, he signed with Matador and has since brought his discography up to five albums and six EPs.

The latest additions are Jamaica Plain, an unreleased collaboration with Sore Eros from Vile’s time in Boston, and It’s a Big World Out There (And I Am Scared), a companion piece to 2013’s Wakin’ On A Pretty Daze, his most assured album yet.
Each release has expanded Vile’s sound a little further, filtering introspection through textures ranging from scraggly to jagged, subdued to amplified. Here, he illuminates the creative process propelling his career.

Where do you think ideas come from?
It depends. Some songwriters, like Ray Davies, can come up with a crazy narrative on a really interesting subject matter. I feel like my ideas come more subliminally, like a catalyst to something else. When I pick up a guitar, it’s not like I’m thinking, ‘I want to find this dreamy chord.’ It’s just there. I chant and the imagery kind of floats through my head. It depends on the mood too. My mind could be moving so quickly that the lyrics just pop out. But I think no matter what, it’s about being a receptor at that time. It’s all stream of conscious and subconscious.

How would say having kids impacts the creative process?
It’s a different mentality. But even before I had kids, I would wait until everybody was asleep anyway. I come from a large family, so in terms of noise and people always running around, I’ve had that my whole life. I can tap in and out of consciousness with my surroundings. In another way, I guess my mentality as a father would affect how I look at certain things. I think your life changes all the time through the little things going on but ultimately my methods feel the same, once I get an idea in my head.

When you were working a full-time job, how did you fit in the writing and recording? Did you have a daily routine or a timetable?
No. Honestly, I’m always thinking about music, so it’s easy. You do it when you gotta do it. Stay up all night. Go into work hungover and late [laughs]. Think about whatever songs or albums you’re working on while doing the job. I feel like I’ve never been able to stop myself from thinking about the next thing. I mean I had blue-collar, repetitive jobs – it’s not like I was in an office. Obviously that’s different. I’m talking about doing physical work while not being there in my head [laughs]. Then weekends and nights. Maybe you might miss a night here or there, but you find ways to figure it out.

The average person who aspires to be creative can feel worn down at the end of the day though. How would you still feel compelled to create after working all day?
There are peaks and valleys in life, so there were definitely some bummed-out periods that left me feeling tired. Once things happen, like you write a song or get a gig, you’re high on adrenaline and excitement. Just the idea of obsessively looking ahead keeps you awake longer than normal. It’s different when there’s a lull all of a sudden. But you crash when you gotta crash. I was aspiring to so many things but I just took it one step at a time, in retrospect. ‘I’ve got to play this venue in Philly.’ Then: ‘I’ve got to play New York.’ Meeting people and making connections, the whole process of getting to the next level is kind of electrifying.

What happens when you get that gig you’re after and then you have to go back to work on Monday morning?
Certainly, at some points, that was a bummer. Work was a very inconvenient reality [laughs]. But I felt like I was on my way, like it was getting better. I figured it out.

As a music fan, obviously you’ve read a lot about older artists and I was wondering if you ever seen patterns in the trajectory of their career paths.
Maybe at a certain point when you get older it just becomes really hard. I do wonder about that sometimes. Some people manage to be better than ever in certain ways. It depends on the artist: you just try to stay as true to yourself as you can. Look at Neil Young or Nick Cave: everyone has holes in their career but they seem to be able to find themselves again without compromising. But then there’s the question of: ‘How do I make sure I don’t…’

…Repeat yourself?
Exactly. I think about that. I don’t want to repeat myself; not exactly anyway. I mean you’ve got to be your own worst critic. I cut things out all the time if they don’t work. I think I’m good at sensing that. If something I think is good turns out to be shit later… well, we’re all doomed, I guess [laughs].

Do you think there are certain periods in life that are more conducive to creativity?
There probably are, especially when you’re young and the whole world’s a wonder. When you’re thirty and so on, you’re a little more knowledgeable and wiser. I don’t know what happens at forty or fifty yet. It depends on what’s going on in your life. We’ll see!

Do you think people always get the humour in your songs or is it so subtle that it can be missed?
I think that my humour is definitely deadpan. There’s always an element of truth in every joke anyway. You just have to look at things with an open mind and assume that if it [sounds like] total despair, there’s got to be some joking in there. It’s an even amount of both. I think that’s what life is: a little despair and a little laughter.

So do you buy into the idea that you have to have a bit of struggle and conflict going on in your life to create something worthwhile?
Yeah, I think so. You can’t just be fed grapes by a bunch of servants, laying around all the time and doing whatever you want. Unfortunately, that’s not the way life is. Unless you’re ignorant and living in a bubble, not noticing sad things happening all the time. I think the struggle keeps you strong.

What’s the most important piece of advice you picked up along the way?
You reminded me of it earlier. It was something a writer said, kinda joking, but it stuck. “The eleventh commandment is: ‘Thou shall not repeat thyself.’” I always think of that randomly.

When [artist] Steve Powers picked out references from Wakin’ on a Pretty Daze to recreate for the wall art, did that make the album feel like its own little universe?
I guess it did. I didn’t know he was going to do that at the time. Seeing the lyrics written out before anyone even knew the music, I got paranoid at first. But now it feels like its own universe, for sure. People were graffiti-ing on it even when we were making it. I heard it’s because ESPO [Powers] is pretty known, so people want to have their name next to his. When we took the picture for the cover art, there was graffiti on there and we just left it on. But since then anything that wasn’t part of the mural has been washed off. I don’t know if they do that often or just no one has tagged it since, but it was completely clean last time I saw it.

As a record collector, are there any albums out there that you’ll always be searching for?
Whenever I get obsessed with an artist, I covet getting pretty much their whole catalogue. In the past, one I searched for was Neil Young’s On the Beach. That’s not easy to find on vinyl. It’s just a masterpiece. There’s this LA country-rock pioneer named Chris Darrow and Drag City re-issued his album Artist Proof recently – that’s really good. It’s in the vein of Gene Clark or Gram Parsons but really, really solid. Trying to find his records is hard to do. A fan is actually mailing me them. A lot of the time what happens is I get into a kind of popular classic-rock songwriter, like right now it’s Randy Newman. Sail Away is my favourite album at the moment so, it’s funny, I have to go to the record store and find all his albums, which is not that hard to do but it’s fun.

What’s the most gratifying part of making music?
About the highest I get is compiling whatever release I’m working on: being in the studio, getting really into it, playing it back, putting it all together. That’s what I’ve been doing recently with the new EP and this tour-only cassette of the weirdest stuff. It’s getting high on creation, really.

Are you content with what you have now or do you long for more?
I am content. I don’t long. I’m not unhappy. I’m on the right track to keep it growing. If I could have imagined I was going to be here back when I was working, I’d probably lose my shit.

Linkedin
RELATED ARTICLES
OTHER ARTICLES
Pissed Jeans are a noisy punk band based in Philadelphia whose music will make you want to smash your shit up.
Surfer and musician Alex Knost on stealing cigarettes, fancying Liv Tyler and bad hygiene in his suburban youth.
Best Coast are just letting things happen; channeling the positive vibes to create breezy music for midsummer days.
Neil Young is on a mission to save music that's why he's launching a Kickstarter campaign for his ultra high-resolution music player at SXSW.
Behind the scenes at the Growlers photoshoot at home in Orange County with rad Encinitas-based photographer Embry Rucker.
Tim Donnelly travels to New York to meet the Relentless 7, Ben Harper’s visceral new band.