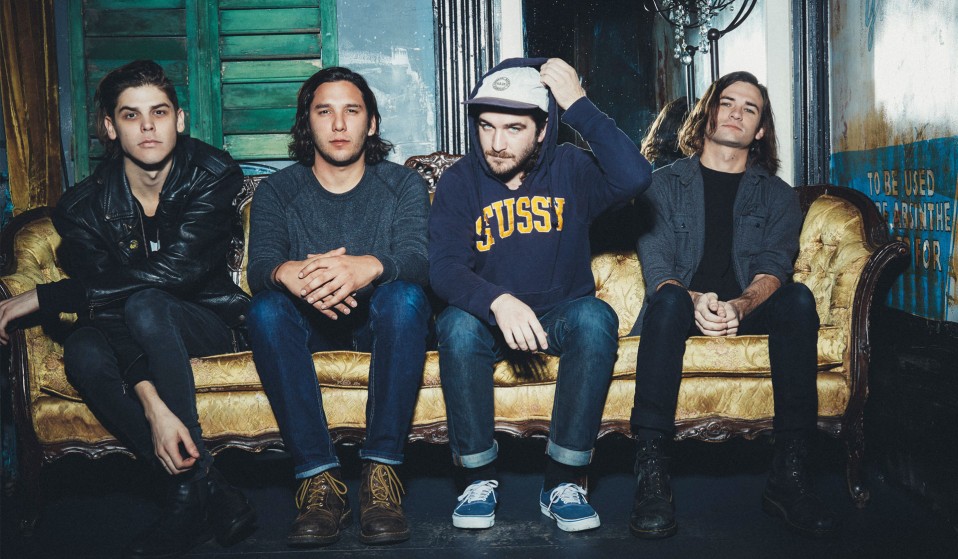 From Underworld to Fugazi and The Stooges, guitarist Jay Rogers shares the influences that shaped Plague Vendor’s new Bloodsweat LP.

From Underworld to Fugazi and The Stooges, guitarist Jay Rogers shares the influences that shaped Plague Vendor’s new Bloodsweat LP.

Their music feeds on the underground network of creative characters that make Whittier bearable, but Plague Vendor’s distinctly Californian brand of punk rock travels well. With Bloodsweat lighting up nowhere towns all over, we reached out to guitarist Jay Rogers to share the tracks that shaped the new album.

The Walkmen – “Little House of Savages”

This song has the groove and the swagger that can make any band be inspired.

This is was a b-side on In Rainbows. Johnny Greenwood kills the guitar on this song. Definitely inspired our “post-punk” fucked up-ness?

The groove in this song is undeniable. Underworld is one of our favourite bands and for good reason.

The name speaks for itself.

This is an album we all like a lot and feel like it was underrated, this is a stand out for sure.

Another self-explanatory song. The simplicity and geniusness of this song inspired us and will continue to inspire.

Sometimes repetition is all you need. we understand that and embrace it. Thank you Portishead.

The Dead Weather – “Hang You From The Heavens”

We all love the groove of this song and Mosshart’s bomb wordplay.

The vibe on this song is the vibe that we all strive for. Classic.

Love the chord progressions in this song. Spoon will forever be one of our inspirations.

Plague Vendor’s Bloodsweat is out now. Catch the band on tour across the UK throughout April.

Linkedin
RELATED ARTICLES
OTHER ARTICLES
With the virus now a global health emergency, we must take steps to fight misinformation and demand a swift UK-wide vaccine roll out, writes Phil Samba.
Protestors gathered outside Downing Street following the latest atrocities committed by Israel against Palestinians living in the besieged strip.
Photographer Bud Glick recounts documenting everyday life in the area, and what it taught him about the Chinese immigrant experience.
In the latest instalment of Photographers in Conversation, the creator talks portraiture, platforms and taking inspiration from Little Simz.
Danny Burrows discusses his new series of images documenting an pacifist anabaptist community who lead an alternative way of life.
Steel City is often overlooked when it comes to the country's cultural radar despite its role in shaping electronic music.