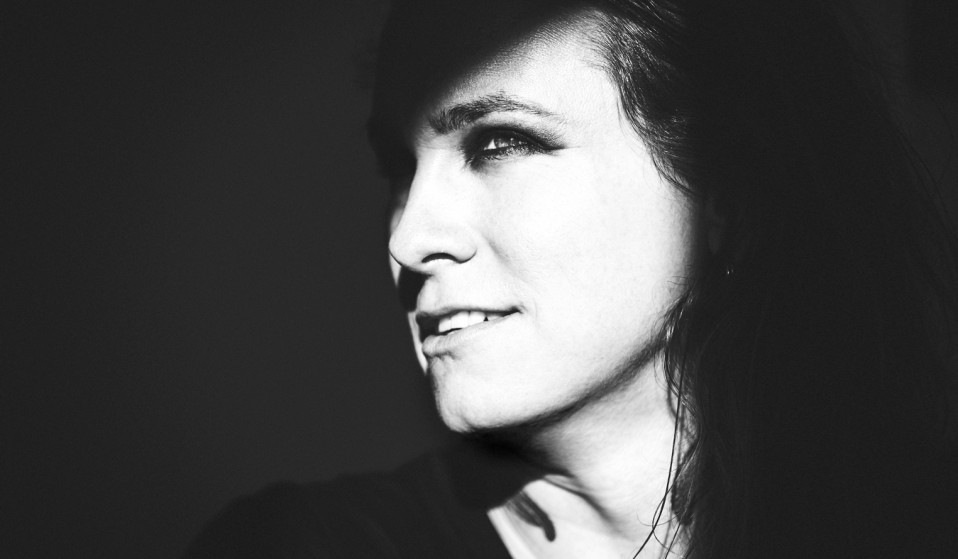 Growing up with gender dysphoria, Laura Jane Grace had to navigate a confusing world of self-doubt. Then she emerged from the chaos as a transgender hero.

Fronting a punk band is all about projecting strength. But growing up with gender dysphoria, Laura Jane Grace of Against Me! had to navigate a world of self-doubt and confusion. Then she figured out how to own it, emerging from the chaos as a transgender hero.

A long day of music is coming to an end when Against Me! take to the stage at a festival in Hertfordshire, an hour north of London.

Laura Jane Grace’s long brown hair is cascading in front of her face, intermittently slipping into her mouth as she belts the lyrics of ‘True Trans Soul Rebel’ – sending a black–clad crowd into what feels like a sweaty spiritual awakening.

Rewind to a couple of hours before the gig and Laura is sitting on a small concrete bench backstage, reflecting on the story that inspired those words. Her tall frame is dressed in black jeans and a black tank-top, leaving her heavily tattooed arms (one entirely covered in black) exposed.

While the 36-year-old emanates a powerful presence when performing, in person she is soft-spoken and listens attentively, happy to talk through the facets of her life as a musician, activist, parent, anarchist and one of the most well-known trans women today.

Asked about the process of turning pain into power, she brushes a strand of her hair behind her ear and nods assuredly.

“My approach to songwriting has always been about taking a negative emotion and turning it into something positive,” she says. “Everyone feels anger, right? The expression of that and the way it plays into gender is something I spend a lot of time thinking about.”

“But only expressing anger will drain you as a person.” She pauses. “There are many more emotions worthy of your attention.”

Laura grew up overseas as an army brat, travelling from base to base, buying albums based on their cover, disconnected from outside influences.

Her first clear glimpse of punk rock came at the age of nine when she saw the words ‘The Sex Pistols’ haphazardly spray-painted on a wall. She didn’t know who the name belonged to, only that there was something “dangerous” about them.

It wasn’t until three years later, when Laura and her family returned to the US and settled in the small town of Naples, Florida, that punk truly drew her in.

The attitude gave her an armour, the style a way of expressing herself as a closeted trans person.

“I held on to punk because I was being bullied,” she says. “I remember the summer between seventh and eighth grade distinctly. I was getting beaten up so much and all these other bands seemed to be about peace, about taking the beating.”

“Whereas punk seemed to be more about, ‘I might get beaten up, but I’m gonna fight back. I’m going to fucking throw a couple of punches too.’”

Then, at the age of 14, everything changed. During a fireworks celebration on the Fourth of July, Laura was arrested, hogtied and violently beaten up by police. Charged with battery on an officer and resisting arrest, she became a convicted felon overnight. At this point her love for punk stopped being about filling the void and started being political. 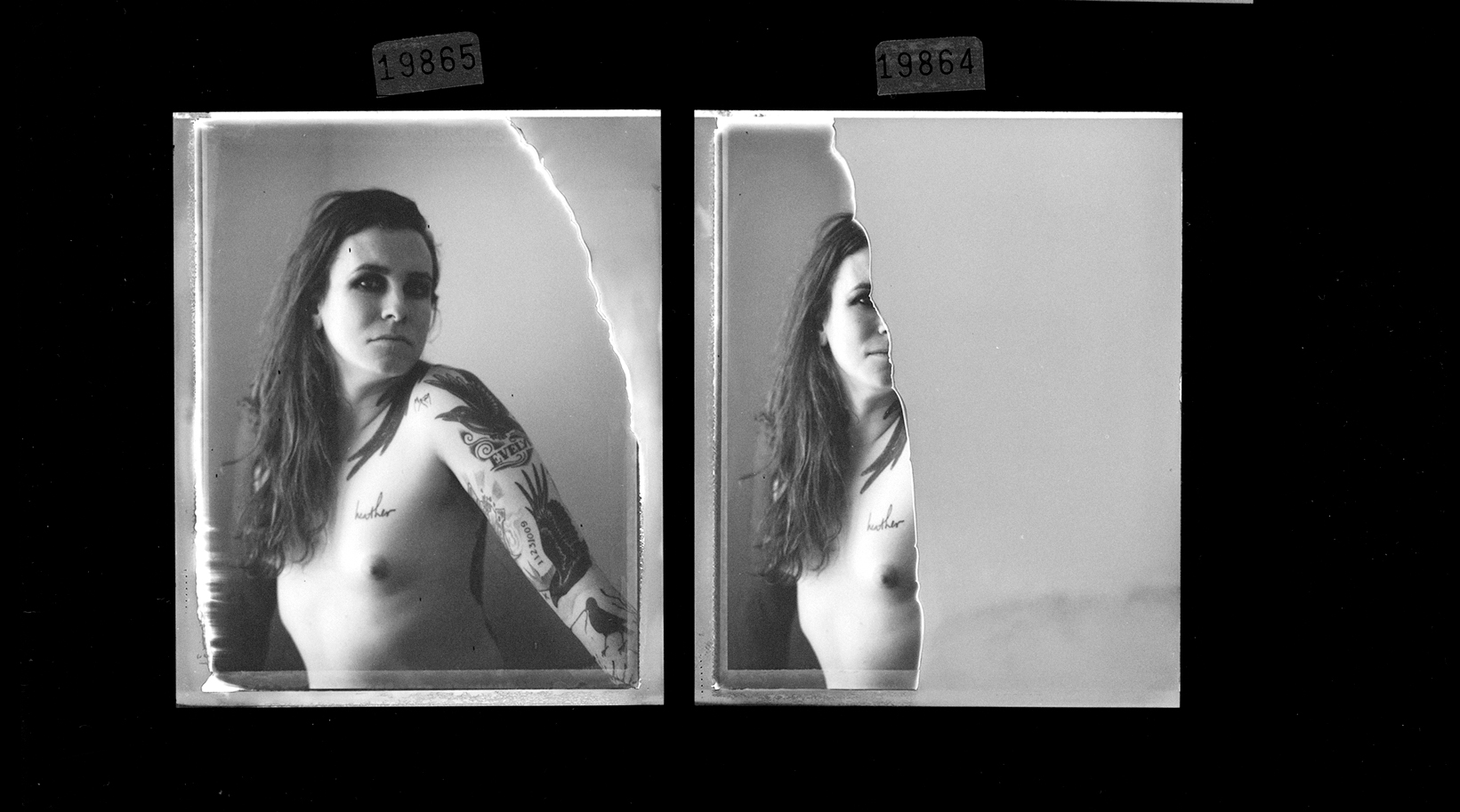 After dropping out of school and starting a band, Laura moved to Gainesville, Florida, in 2000. She got heavily involved in the activist scene there, making a political zine called Misanthrope and volunteering in different community-run spaces.

It proved such a formative experience that she continues to support a variety of organisations today, albeit in different ways and on her own terms.

“I do have a genuine distrust, dislike and fear of organised groups – no matter how far left-leaning,” she says, breaking into laughter. “I am suspicious of it and I don’t want to be a part of it.”

“I want to be an autonomous individual; I want to think for myself and I want to act for myself. I don’t want the membership.”

Against Me! has been going strong for almost 20 years. Their journey has been full of ups and downs – one of the most significant challenges being the response to signing with a major label, which led to Laura being dubbed a ‘sell out’ – every punk’s nightmare.

“I always took selling out as giving up music and getting a shitty job that you hate because you need to make a living, which would be soul-draining. I was always about sticking with it. This is what I want to do! To me, selling out was quitting my dreams.”

Laura came out to the world as a trans woman in 2012 through an article in Rolling Stone. Since then, she has published her memoir Tranny: Confessions of Punk Rock’s Most Infamous Anarchist Sellout and has been open about her struggles with mental health, gender dysphoria and addiction. But even with all that weight off her chest, it’s not like the transitioning process felt seamless.

“You develop interesting defence mechanisms,” she says. “At first it was really challenging – to notice that people were watching me in a different way. I was thinking, ‘I just came out and people are going to expect to see this change. But I don’t know if I see the change.’ You know?”

“I was waiting for it, second-guessing myself and thinking, ‘Am I changing fast enough?’ I had a fucking nervous breakdown. That was challenging, but it also makes you live with this certain abandonment of being like, ‘FUCK IT. Fuck you, and fuck you.’”

She gestures around passionately, putting the world to rights with a sweet smile. “Because I am who I am.”

Linkedin
RELATED ARTICLES
OTHER ARTICLES
Photographer David Corio’s archive offers a glimpse inside a revolutionary era of music and nightlife.
Birdy Chu reflects on documenting the historic moment in which the territory was formally passed back from the UK to China.
By turning a real-life crisis into daytime television fodder, TV bosses have once again shown themselves to be completely out of touch with audiences.
Sean Maung’s photos are a love letter to the Black and brown communities that make up New York.
In his 2008 series, the photographer pictured himself as Angela Davis, Martin Luther King Jr., Malcolm X, and other prominent figures.
Yesterday thousands gathered outside Buckingham Palace after news of the Queen’s death broke.