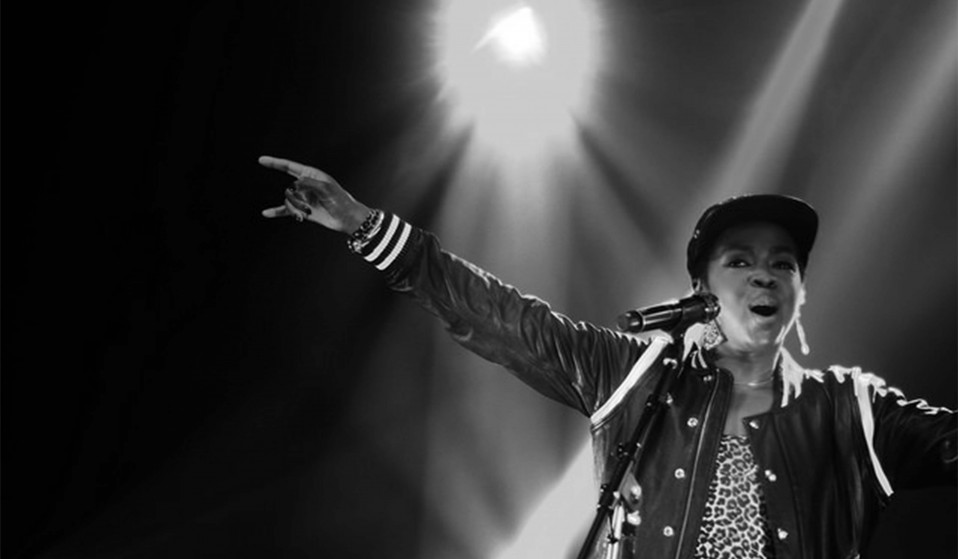 Celebrating the most profound, combative and sometimes baffling things Lauryn Hill has said during her career.

After telling pissed concertgoers she was two hours late because of needing to 'align her energies’, we celebrate the most profound, combative and sometimes baffling things Lauryn Hill has said during her career.

In the outpouring of tributes after Prince passed away last month, one aspect of his career people were less eager to remember was his habit of keeping fans waiting. Diva-like behaviour, including ordering a limo to drive him just 80 feet between his dressing room and the stage at Hop Farm Festival in 2011 or the 90 minute break he took before his encore at a 2012 gig in Chicago, regularly left eager punters hanging about for hours on end.

Prince joined an elite club of musicians, from Amy Winehouse to Guns N’ Roses and Led Zeppelin, notorious for keeping their fans waiting. Lateness and diva tactics seem to come with the territory of visionary musicians – and fans so often forgive them.

After Lauryn Hill turned up over two hours late for a show in Atlanta, then played for just 40 minutes before having her mic cut at curfew, she faced boos and a social media backlash.

This is the best response of the night:

Lauryn Hill just came out up nearly 2 and a half hours late to boos. Yikes!

Responding to the depth of feeling, the former Fugees star delivered one of the best artists’ apologies of all time on her Facebook page:

“I don’t show up late to shows because I don’t care,” she explained. “And I have nothing but love and respect for my fans. The challenge is aligning my energy with the time, taking something that isn’t easily classified or contained, and trying to make it available for others.”

“Because I care so deeply about the artistic process, I scrutinise, have perfectionist tendencies, and want space made for spontaneity, which is not an easy process, with the many moving parts on the road,” she added. “Some days we are more successful than others re time.”

Hill ended with a promise to make amends with the fans in Atlanta, and said she was working on a solution.

There’s no doubt in our mind Lauryn Hill is a legend: after slaying it with the Fugees in the ‘90s, she dropped the seminal solo album The Miseducation of Lauryn Hill, which became the first Grammy-winning hip hop album, demolished barriers for black female artists and influenced everyone from Adele and Beyonce to Nas, Kanye West and Talib Kweli.

As one of the far-too-rare cases of an atheist black feminist afforded a wider platform, she’s regularly outspoken, often thought-provoking but always speaks her mind.

Here are five gems we’ve picked up from Lauryn Hill, some profound, some defiant and some controversial.

“And deep in my heart. The answer, it was in me. And I made up my mind. To define my own destiny…” – from The MisEducation Of Lauryn Hill

“That strong mother doesn’t tell her cub, Son, stay weak so the wolves can get you. She says, Toughen up, this is reality we are living in.”

On decoding the system…

On the industry machine…

“People need to understand that the Lauryn Hill they were exposed to in the beginning was all that was allowed in that arena at the time. I had to step away for the sake of the machine. I was being way too compromised. I felt uncomfortable having to smile in someone’s face when I really didn’t like them or know them well enough to like.”

“Nobody’s going to force me to do something against my will. What do I owe anybody that I should submit my will to them?”

On being young, gifted and black…

“I had to confront my fears and master my every demonic thought about inferiority, insecurity, or the fear of being black, young, and gifted in this Western culture.”

“The concept of reverse racism is flawed, if not absolutely ridiculous. Most, if not all of the negative responses from people of color toward white people, are reactions to the hatred, violence, cruelty and brutality that they were shown by white people for centuries. Much of the foundation of the modern world was built on the forced free labor of black peoples. The African Slave Trade, the institution of slavery, colonialism, its derivative systems, and the multiple holocausts throughout history, where whites used race as the defining reason to justify their oppression, conquest, and brutal treatment of non-white peoples, are how race became such a factor to begin with.”

“Much of the world is still reeling from the abuses of Imperialist selfishness, misunderstanding, ignorance and greed. Black people remain in many ways a shattered community, disenfranchised, forcefully removed from context and still caged in, denied from making truly independent choices and experiencing existential freedom. Their natural homes, just like their natural selves, raped and pillaged of the resources and gifts God has given to them. Interpreted through someone else’s slanted lens and filter, they remain in many ways, misrepresented. Taxation without proper representation, might I remind you, was the very platform of protest that began the Revolutionary War, which gained this country its independence from England. Anger is not only the natural response to the abuse of power, but is also appropriate when there is no real acknowledgment of these abuses, or deep, meaningful and profound change.”

“Praying to the sky, in order to maintain a lie/They exhausted every possible conclusion/They can’t even entertain the solution/In a brain filled with vain information and pollution.” – from ‘Adam Lives in Theory’

“What I want now is to manifest the truth, unapologetically; to remain clear; to maintain integrity; to never take advantage of people.”

Linkedin
OTHER ARTICLES
Danny Burrows discusses his new series of images documenting an pacifist anabaptist community who lead an alternative way of life.
A new series of photos by Johny Pitts shines a light on communities and subcultures that have all too often been overlooked.
Protestors gathered outside Downing Street following the latest atrocities committed by Israel against Palestinians living in the besieged strip.
In the latest instalment of Photographers in Conversation, the creator talks portraiture, platforms and taking inspiration from Little Simz.
With the UK now set to run out of vaccines, people working in the sex industry – particularly outside of major cities – have been left especially vulnerable, reports Brit Dawson.
Photographer Bud Glick recounts documenting everyday life in the area, and what it taught him about the Chinese immigrant experience.