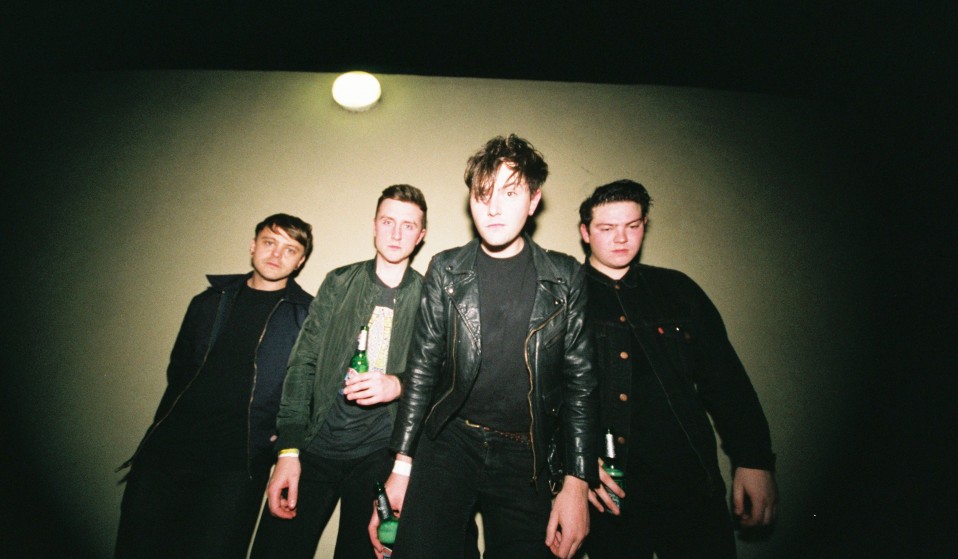 Trump, Brexit, austerity – these are all subjects the Hull punks behind LIFE are tackling on their debut album, reminding us of the power of anger and hope.

Trump, Brexit, austerity – these are all subjects the Hull punks behind LIFE are tackling on their debut album, reminding us of the power of anger and hope.

If the current carnation of  “rockstar” is that of an arrogant, slightly detached from reality singer, apolitical in the extreme, spoiled by the industry and surrounded by yes men, then Mez Sanders-Green is here to give it a good old kick in the teeth.

As the frontman of punk band LIFE, he jumps around the stage with a death glare, singing about Trump, Brexit, mass consumption, police violence, austerity – the bleakness of it all laid bare in words clear as day, no over-complicated metaphors or walking on eggshells to be heard or seen.

The no holds barred style makes sense when you consider that LIFE is unsigned, and they’ve been completely DIY from day one. They respond only to themselves, so if they want to talk about politics openly, it will happen, no double-checks or authorisations needed, and that hasn’t stopped them from having their songs repeatedly played on Radio 1.

“DIY is the only thing we know,” Mez tells me over the phone from his hometown, Hull. “We’ve never had the opportunity to be in studios straight away. We always had to do our own work, carve our own path, so it really makes no difference to us. Being DIY is a necessity, but it’s also natural. I don’t know what it’s like to be anything different.”

He and his brother, LIFE’s guitarist Mick Sanders, were raised on 70s punk in a “quite leftie, hippie family”, listening to The Clash on the way to school. Of course, their upbringing is reflected in the independent way LIFE creates music, but it’s also a pretty clear influence when it comes to the band’s very political subject matters.

Unlike a lot of people in the music industry, Mez doesn’t write from the perspective of someone who only reads about bad stuff in the newspapers, sat in a plush studio or a bedroom distant from reality. Far from it, both he and LIFE’s drummer, Stewart Baxter, are youth workers in one of the poorer regions of Yorkshire, and they see first-hand the real impact that austerity and cuts are having.

“Stew and myself work in a youth centre that is quite radical – it’s open access to any young person suffering with poverty, substance abuse, homelessness, who is relying on food banks,” the singer adds. “The service we offer means you can come in and channel your energy into music and art.”

“The young people that we talk with and engage with on a daily basis are truly suffering with austerity. We actually see it – we don’t just pretend. We live and breathe it. It’s influenced our sound, and we’re here to try and give hope to the community of young people in Hull.” 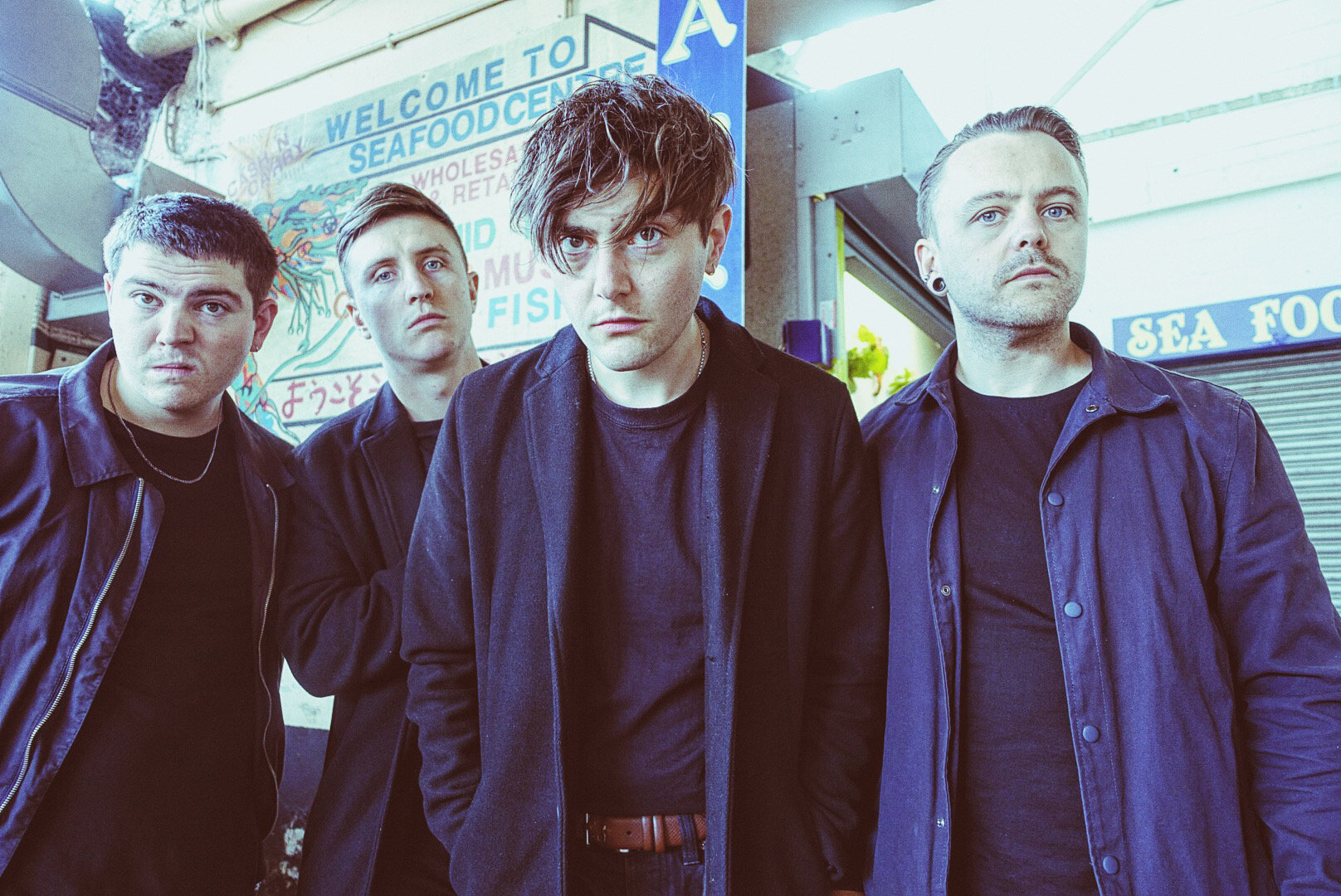 All that considered, of course LIFE’s music is angry. How could it not be? It’s honestly surprising that they are one of the few current punk bands sounding actively pissed off and taking names.

For Mez, anger is an energy – something that young people can channel into creation, action and into changing the world with their own hands (hence their pretty self-explanatory song title, In Your Hands). When channeled correctly, anger gives people hope.

“I just feel so angry and sad at the same time,” he tells me. “The tory government do not give a voice to young people. They treat us like we are nothing. Young people are being squeezed dry and they’re going to fall through cracks of education, work…everything.”

“All their rights are being taken away because the Tories are only in it for themselves – the elite, the rich and the old. I feel so anxious about the tories staying in power. I just hope that there’s change coming. I don’t want us to slip further into the black hole that we’re already in.”

But, although anxious, he’s far from hopeless, and is adamant about the importance of youth participation in the coming election. It’s refreshing, considering rock music seems content in its sterility. Being apolitical and disengaged with reality has for the past few years been the trend.

When you listen to their debut album, Popular Music, it feels like punk in its purest form. Nothing about their songs is about dress-up or pointless shock value performances with expensive labels. LIFE’s debut goes back to the original source – youth, anger, politics and independence. There is no desire to promote apathy or stay blasé. And it’s all genuine – which is what makes it so promising.

“Punk is an ethos,” says Mez, when I ask what the definition means to him. “It doesn’t necessarily mean you have to be in a band. Anyone can be a punk – it’s about going against the grain, taking ownership of your destiny, your projects, your future. That’s what punk is. It’s a way of life, more than anything else… God, I sound like a hippie.”

LIFE’s debut album, Popular Music, is out on the 26 of May. You can pre-order it on iTunes.

Linkedin
RELATED ARTICLES
OTHER ARTICLES
Following the release of his debut single, Deyaz talks battling addiction, dealing with his struggles through music, and building a budding music career from his living room.
A new film from Berghaus traces the story of Adam Raja, who left behind a turbulent upbringing to discover the healing power of climbing.
A new podcast is opening up the conversation between trans women and trans amorous men in the hope of building coalitions.
Activists and campaigners are fighting back against new laws that would seriously undermine the ability to take industrial action, calling it an attack on fundamental workers' rights.
A new law change is enabling Britain’s donor-conceived children to know the truth about their origins – but campaigners say the fertility industry must do more to protect people.
After building his reputation covering the US civil rights movement in the 1960s, the photographer went on to produce some of the most enduring images of the past century.