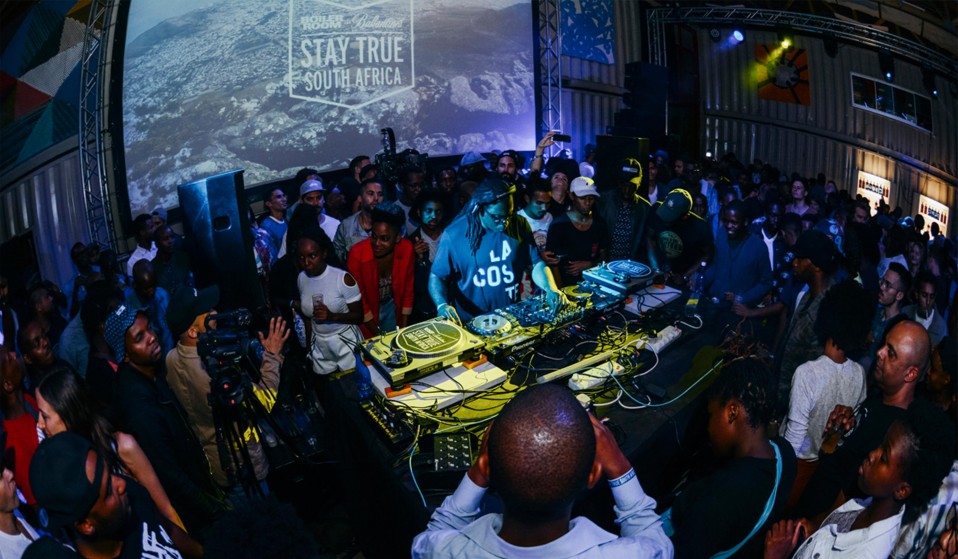 A night of heaving house in the township of Langa.

Producer Mohato Lekena uncovers the latest party in the Stay True Journeys series, a showcase of emerging electronic artists and pioneers from around the world.

This time last year, Ballantine’s Scotch Whisky and Boiler Room ventured to South Africa to discover what Johannesburg has to offer the world of dance music. On Thursday, that exploration continued with a party in Cape Town featuring international legends and hometown heroes.

The event forms the latest in the Stay True Journeys series, which is all about uncovering authentic scenes from around the world and showcasing both emerging artists and pioneers of these movements.

Since house is still predominantly considered black music, it largely thrives in the townships outside Cape Town, as opposed to the electronic scenes contained within the city’s central business district.

It’s fitting, then, that the party takes place at the Tsoga centre in Langa, the city’s oldest township, which was established prior to the apartheid era, designated for Black Africans. It also happens to be where DJ Fosta grew up, meaning the apprehensive excitement of first-time visitors is matched only by the pride of the township at seeing him here to represent them. 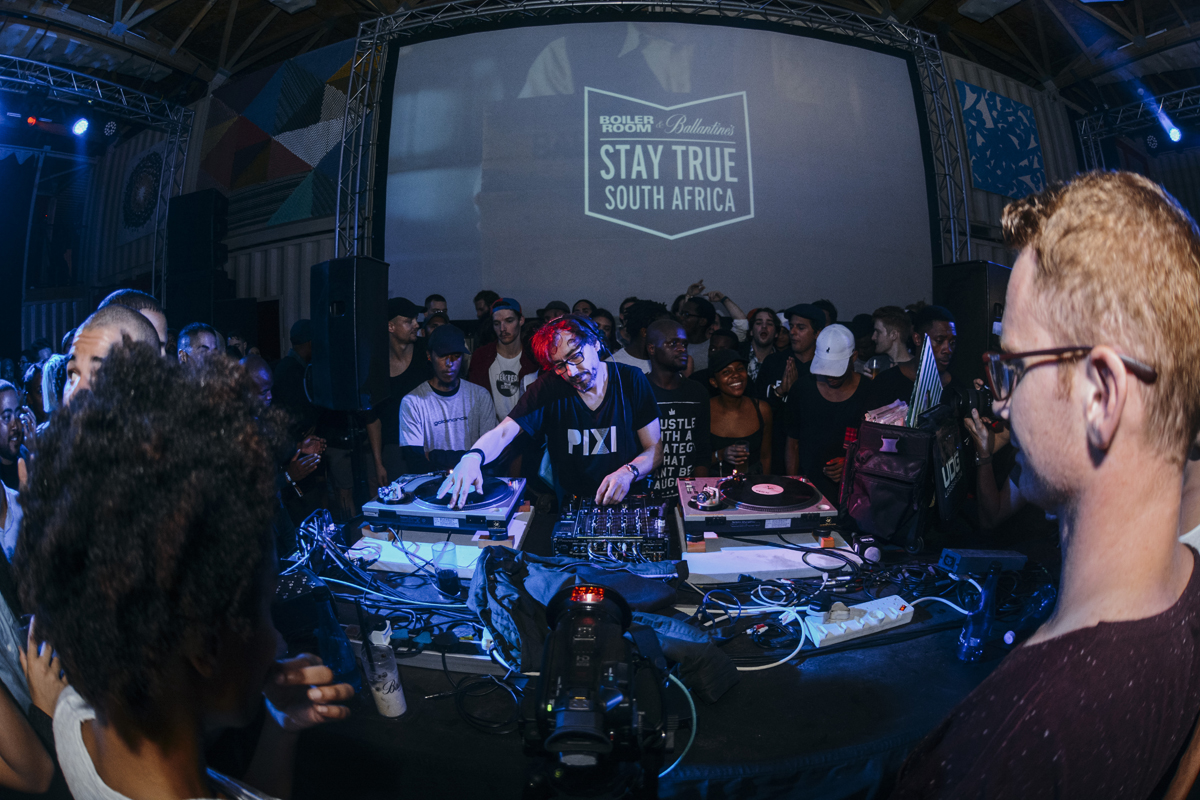 Compared to last year’s star-studded event, the lineup of local DJs – Fosta, Jazzuelle, Jullian Gomes and Kid Fonque – would be better described as critically acclaimed upstarts. But they’re joined by a contingent of international heavyweights in Move D, Fred P and Henrik Schwarz – a trio with over 50 years of experience between them.

Once hometown hero Fosta kicks things off with some impressive swagger, the momentum intensifies. Back-to-back sets by Fonque and Gomes are as soulful as they are contemporary, with things taking a turn for the darker during Fred P’s meditative performance.

That diversity is even more pronounced among the international acts. It manifests itself at the start of every set, when the 600-strong crowd needs a moment to adjust before being swept away in a different direction.

Henrik Schwarz, for example, draws from a wealth of both classical and dance music to distort and edit in the moment – a stark contrast to the funky bounce of Move D’s all-vinyl set.

But ultimately it’s Jazzuelle’s who steals the show, pulling a little bit of everything into the mix. By the time the Cape native launches into his remix of WhoMadeWho’s ‘There’s a Way’, you can tell from the heaving crowd that the night has been a clear success.

Just be sure to check boilerroom.tv/staytrue for all the sets from the night which are dropping over the coming week.

Linkedin
RELATED ARTICLES
OTHER ARTICLES
Proposals to introduce a minimum GCSE threshold for student loans will disproportionately affect those from marginalised backgrounds.
In the latest instalment of Photographers in Conversation, the chronicler of raves, protests and beyond explains why he’s drawn to such specifically visceral environments.
On the fifth anniversary of the tower fire, around 18,000 joined the walk to remember the 72 dead and to demand justice.
Finland-born photographer Sirkka-Liisa Konttinen looks back on her decades-long documentation of life in Northern England.
Photographer David Hoffman recalls documenting the extreme wealth inequality around Tower Hamlets and Hackney int the 1980s.
Over a dozen Stop Deportation activists locked themselves to each other outside a detention centre to prevent coaches taking those due to be on the Rwanda deportation flight from leaving.