Art & Culture / Music / ‘As a woman, I felt uncomfortable with my libido’ 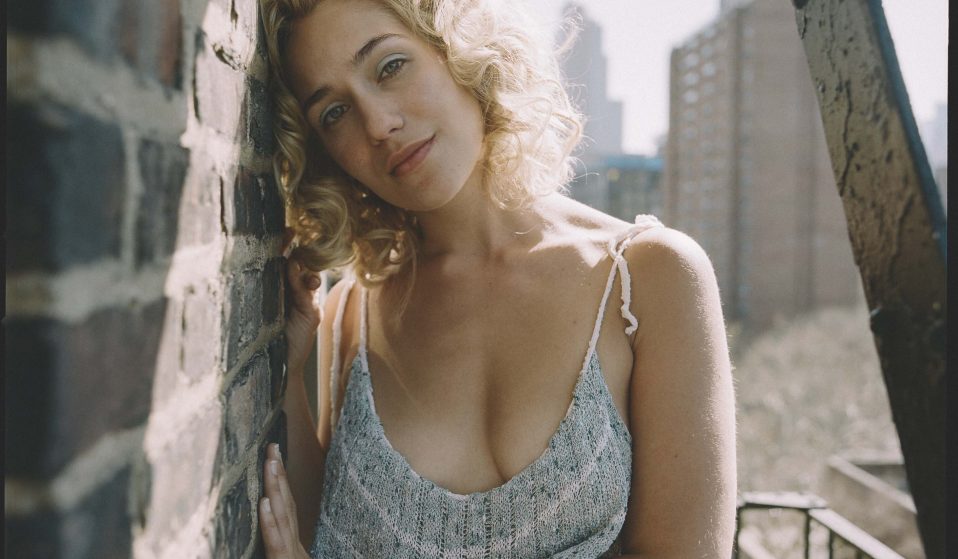 In between shows – her first in London – the musician and actor takes a break to talk self-promotion, sexual frustration and why she thinks acting is a ‘dying art form.’

In between touring her debut album Heart Head West, the musician and actor takes a break to talk self-promotion, sexual frustration and why she’s convinced that acting is a ‘dying art form.’

Lola Kirke is perched at the table of an east London restaurant, surrounded by the remnants of scones. Though enthusiastic and engaging in conversation, the 28-year-old actor and musician is prone to getting distracted: on this occasion, it’s a fellow customer wearing a beret with the term ‘Solidarity’ on it that has interrupted her train of thought. “I think that’s hysterical,” she says, genuinely delighted.

Kirke is here to discuss Heart Head West, her debut record. While music is usually more associated with her sister Domino and father Simon (drummer of Bad Company), the 10-track offering – which came out in August 2018 – is further evidence that the talent runs in the family. At the time of our conversation, she’s in between performing her first ever London shows, showcasing songs from the LP (as well two new Christmas songs, just released online).

In interviews and public appearances, Kirke has been vocal about the systemic issues affecting women – be it the current US administration’s threats to Planned Parenthood, body positivity or the need for better representation in her chosen artistic fields. Stateside, she has regularly had women-only lineups as part of her rotating touring bands, explaining that she wants to help “normalise” women on-stage in band scenarios. (“Rock music was always gendered for me and I think it’s gendered for a lot of people.”)

On-screen, her lead roles follow suit when it comes to putting women’s experiences front and centre – from her breakout performance opposite Greta Gerwig in Noah Baumbach’s Mistress America, to the neo-noir Gemini co-starring Zoë Kravitz . There’s also her star turn in Mozart in the Jungle, an Amazon Prime Video series set in the world of classical music which, in its final season, saw her character venture into the almost male-dominated field of conducting.

“Maybe I ooze some sort of feminist agenda, so people pick me for projects that have one too” she says. “I was just talking about this to someone else about never being cast as sexy. I’ve always been either crude or smart. Those are the two archetypes that I guess I fall into – it’s pretty funny.”

‘Sexy Song’ is one of your album’s most interesting tracks in its divorcing of female sexuality and desire from more cliched representations.
I was really sexually frustrated and had such a hard time expressing that without feeling like a total creep. I would try and talk about it with a lot of my women friends and they’d say, ‘Wow, I’ve never had the experience of someone not wanting to have sex with me.’ It felt like such a reversal of roles that I didn’t know how to deal with and I felt very uncomfortable with my own libido.

Then I brought it up to my best friend and she said, ‘Yeah, it happens to me all the time.’ And I thought, okay, so there are women out there who have experienced unrequited sexual desire. So it felt really important for me to write that song just to make something out of that pain, but it also felt really good to know that women could hear that song – even if it’s just my best friend.

How do you feel about self-promotion?
Really gross, actually. I didn’t have Instagram until after our first tour. I didn’t want to. This was maybe two years ago, so it wasn’t as crazy. It might explode soon because everyone’s narcissism will just get so toxic. Even as an actress you need to have an Instagram because people get cast based on followers or it’s free publicity, but then I think you could still be an actress by the skin of your teeth and not have it.

It’s just so interesting to see what people respond to. The selfie is the thing because I guess it gives people the biggest illusion of proximity to you. If I post a nice picture someone else took of me, it doesn’t get as many likes, which is interesting. You have to be just the right amount of unclothed.

Do you feel celebrities should use these platforms to create awareness around important subjects?
Instagram can be wildly helpful for raising awareness, but I get annoyed because it’s an echo chamber. I think, with people posting that ubiquitous photo of Christine Blasey Ford in the aftermath of the Kavanaugh hearings – although, obviously, a lot of us stand in solidarity with her – it felt a little strange because it just felt like a very futile expression of solidarity.

When there are causes where there’s an action that you can take – like donating or showing up for time – and I see them posted over and over again, sometimes that is what it takes for me to finally get fucking involved. I guess what I’m saying is it can be a little redundant on the ‘interweb’ with the political messages, but sometimes that redundancy is really crucial to getting shit done. 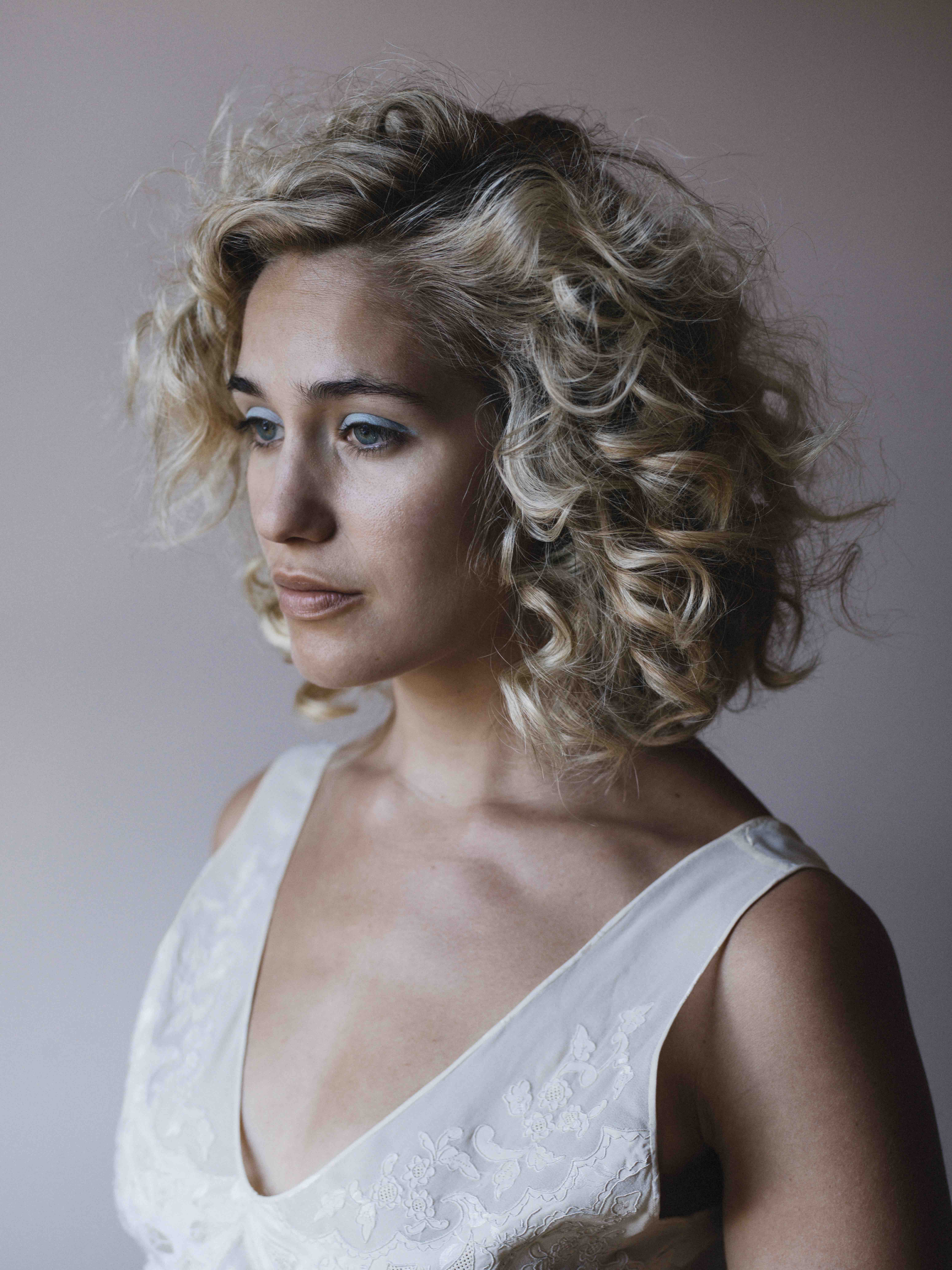 Are you hopeful in light of how America’s midterm elections went?
I wish it went better. We need to end this administration as soon as possible, but seeing more women and women of colour in office than ever before is extremely hopeful. I was just hearing about Brexit, how the majority of people who’ve voted for it are over 60 years old, and it’s so interesting because of course there are young evil people in America as well, but the majority of that kind of thinking is very dated.

There was a great map that came out after the 2016 election that showed that millennials would have voted a certain way. They would have voted blue and I think that that was shown [in the midterms]. So, it only makes me hopeful, but we just have to keep pulling our weight.

As an English-born American, what do you make of Brexit?
It definitely was a nice foreshadowing of Trump’s election and fits into the xenophobic mess that we’ve found ourselves in as a world. Brazil’s new president is another example of the rise of disgusting fascism and it’s just very scary to see a lot of.

Not to suggest that actors have no control, but is the greater creative control that comes with music part of its appeal for you?
Yeah. As an actor you have to wait for someone to give you a job and you have to wait for the projects that you love to get financed. Sometimes they don’t, particularly if they’re being directed by a woman, because no one likes to give women money to make their films – especially if those films push the envelope in any kind of way. That’s in reference to so, so much and it’s infuriating to me.

As an independent artist, when you don’t have a label, it’s still difficult to make your record because it still costs a fuck-tonne of money and musicians need to be paid – you can’t just make everyone work for free. But it is significantly easier to record your own album and to self-release and to book your own shows if no one’s going to do that for you. You can do it yourself more as a musician and that’s really exciting.

In that sense, is acting less exciting?
I think that acting is a dying art form. Most directors don’t really know how to work with actors because they’re not really given the time or the space to work with an actor like they need to. I get that there are so many other things that a director needs to be thinking about when making a film, and so they almost expect the actors to direct themselves. And that can be really weird because I’m an actor, I’m not a director for a reason.

I want to collaborate, and that’s something I love about music too – the collaborative aspect of it. But because of that lack in the world of acting, when I do have a job, I am recently more invested in taking a level of control with my performance and making choices and having more fun, because I think people will accept a lot.

Heart Head West is out now on Downtown Records.

Linkedin
RELATED ARTICLES
OTHER ARTICLES
The author discusses her blistering new novel about history, revolution and queer love.
In the latest OFFF Dispatch, the enigmatic designer dives into his process, connecting the dots between his unique and varied creative output.
While protests over abortion rights rage in the US, access to abortion services is still almost nonexistent in parts of the UK.
Writers Matt Foot and Morag Livingstone explore how four decades of collusion between the government and the police have slowly eroded our right to protest.
A group of Ukrainians living in Poland are helping Ukraine withstand Russia’s brutal invasion by buying supplies and shipping them directly to the war’s frontlines.
Members of the collective share some of their reasons to run as part of #UnitedBySummits, a campaign that looks to uncover transformative power of the outdoors.